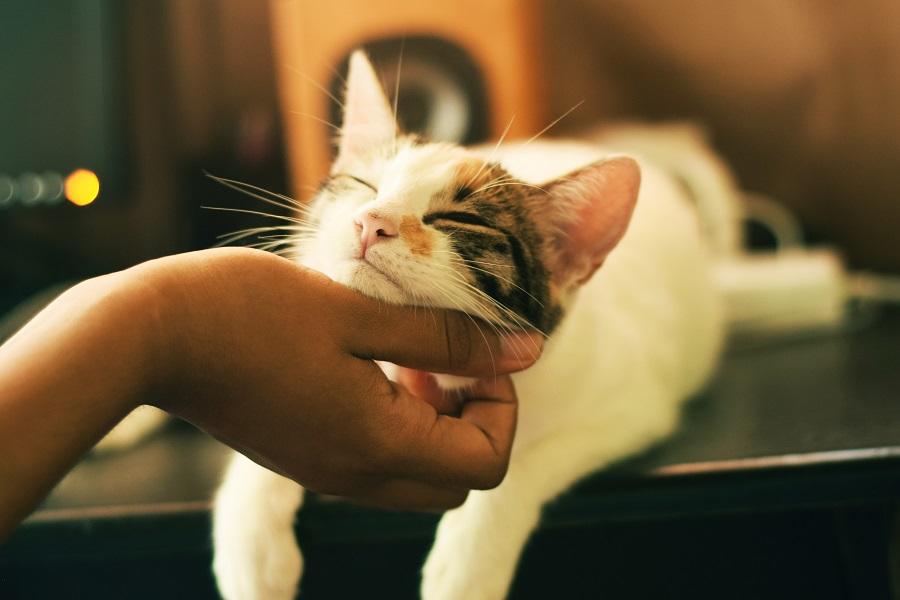 As the role of pets has gradually changed from being ‘functional’ to providing more of a kind of companionship like a family member, owners are beginning to pay more attention to their needs and wants.

However, they often face the challenges of limited time and are not aware of how to keep abreast of the pet's current health situation; more importantly, the growth of lazy economy - a new type of consumption demand, which by nature is time-saving, labor-saving and convenient - in the modern world creates a new opportunity. Many companies seize this chance well, looking to solve these problems using the power of technology.

Let's look at China's pet economy.  It will reach a size of CNY 649.1 billion by 2025, according to Ping An Securities. And petech – coined by pet and tech – is a sub-branch of the larger economy that includes a large variety of products. Among them, smart water dispensers, smart cameras and smart feeders are the three categories most favored by customers. The 'Smart cat toilet' is another category that is in high demand in cat-owning households. 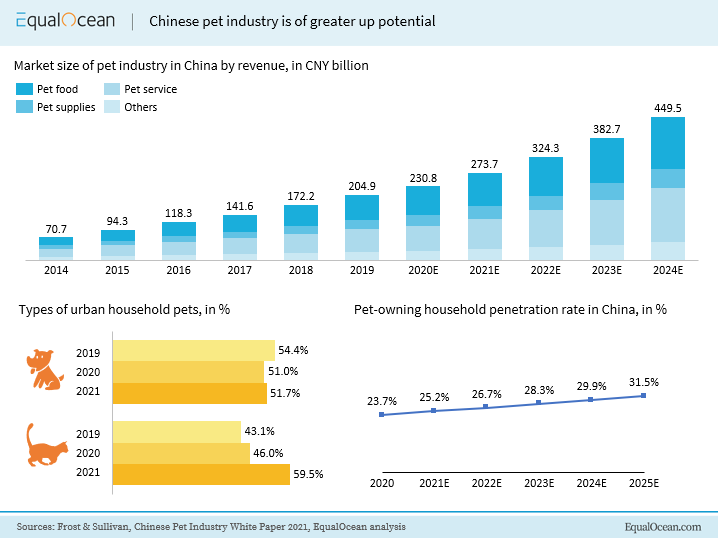 Aside from those companies targeting the pet industry, Unipal (Chinese: 有陪), for example, several traditional home appliance brands, including LEXY (Chinese: 莱克, 603355:SH) and Media (000333:SZ) are also stepping foot into this field. The latter company has already opened its own Tmall store back in 2020, focusing on pet supplies and technologies. Afterwards, it ramped up efforts in 2022 to establish a wholly-owned subsidiary, which introduced the independent brand of Fluffy&Floppy. The growing industry has also caught the attention of technology giants such as Xiaomi (1810:HK), which invested in petech brand PAWBBY in 2019 and incorporated it into the firm's overall ecosystem.

However, compared to the pet food sector, this segment of the pet economy is starting relatively late and remains a fragmented and niche market with no large-scale leaders standing out. The financing also remains limited in the industry; for example, the biggest player, PETKIT, has just reached the stage of series D funding while others lag behind. CATLINK's CEO, Jason Zhang, believes that in the next year or two, there will be a reshuffle for sure in the industry and that top brands will emerge.

At first, companies and consumers were focused on automation. As long as the product followed a robotic design and performed the desired functions given by the pet owner, it would be considered successful. Then, the market stepped into a period dominated by intelligence. The products needed to be capable of self-executing certain functions or creating customized experiences. Now at the third and current stage of development, digitalization has become the keyword. These products usually come with WiFi and a mobile application for monitoring the pet's wellbeing and remote control. This can be exemplified using CATLINK's Scooper, which is a smart voice-controlled cat litter box that analyzes the pet's health situation and reports it to the owner for further action.

Nonetheless, there are numerous challenges left to be resolved in the petech market. First and foremost, pet owners value the reliability and safety of petech products. As the survey data from the 2019 white paper shows, safety and product durability account for more than 70% of users' consumption decisions when buying related products. However, trust has not been built up among consumers due to recent accidents, leading to a low penetration rate. For example, it was reported that there were electric shocks coming from PETKIT's water dispenser and vulnerabilities in API for another firm's feeder. As a result, consumers think that many smart-looking technologies are indeed selling a gimmick, while quality and design remain questionable. Time is still needed to polish them into maturer products.

There is still room for improvement. Companies are trying their best to deliver high-quality products without safety concerns. At the same time, firms are looking forward to providing a comprehensive solution for a full set of scenarios. Lu Shengbo, CEO of uah, said that they plan to increase its stock keeping unit (SKU) in order to cover different consumption scenarios and satisfy diversified needs. Providing more consumption opportunities, as opposed to a one-off purchase of petech, maybe a profitable direction for companies in the industry to explore.

Jinjun (Reno) Zhong, CEO of Unipal, said in an interview with EqualOcean that, at present, the petech industry is still in its infancy, and there are only a few companies that can provide products featuring online, intelligent and networked. With its focus in this area, Unipal has successfully completed the first phase of construction and is building a truly data-driven, algorithmic and productized service. “We have received positive feedback from users. As a next step, we are working with a team of AI algorithm scientists from the Chinese Academy of Sciences and the Animal Behaviour and Life Sciences Research Centre to further upgrade the digital cat service experience,” added Reno Zhong.

Moreover, it is a consensus among uah, CATLINK and other petech brands that larger opportunities exist outside of China. Both of these firms expanded to overseas markets such as Europe and North America, and achieved considerable success. They utilize the Direct To Consumers (DTC) approach and created their own independent sites. In terms of marketing strategies, localization is an important factor. CATLINK made several adjustments to their instruction manuals, material and package to suit the preferences of target destinations. In the United States, uah found a traditional and local third-party marketing agency for promotional and landing works.

In summary, the petech industry will witness explosive growth in the next few years as it transitions from a niche sector to a developing business. Aided by investments in the sector and technological support from traditional home appliance brands and other giants, firms will be able to develop higher quality products that eliminate consumers' safety concerns. Not only that, full-chain and lifecycle solutions will take over one-off purchases in order to satisfy a variety of demands for pet owners inside and outside of China.

CONTACT US
Scan QR code to contact us for professional consulting services
Next article
What Waits Ahead for China’s Healthcare Innovation and its Globalization?