Editor’s note: We at EqualOcean tracked the major funding rounds or industry events that took place in China’s new consumption space for the month of June. The following is a list of deals that we have selected for you based on a number of criteria, including the funding amount, the financial backer and the segments in which the companies operate. 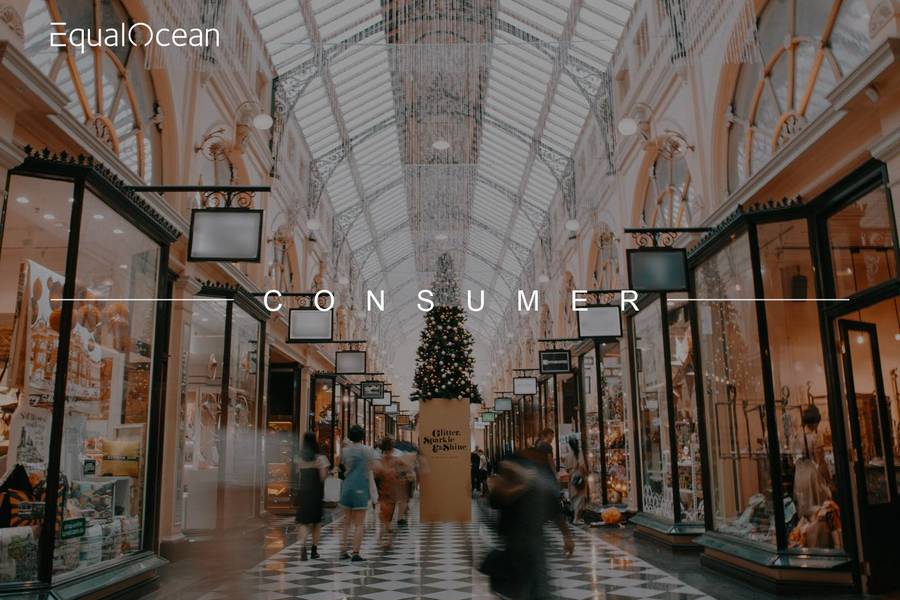 Fondatore (Chinese: 拇指衣橱), a businessmen's clothing customization platform, completed a Series B round of funding for USD 170 million on June 18. The investment was led by Plum Ventures (Chinese: 梅花创投), followed by Merdian Capital (Chinese: 华映资本), Belle Fashion (Chinese: 百丽时尚) and Chisage (Chinese: 中哲集团). This round of investment will be used to build a lab to help brands develop high-tech fabrics.

Style3D (Chinese: 凌迪科技), a 3D fashion synthesis software developer, received on June 21 tens of millions of USD in a strategic investment undertaken by Hillhouse (Chinese: 高瓴创投) and CDH Investments (Chinese: 鼎晖投资). Founded in 2015, the firm has been dedicated to providing products and services such as 3D design tools, collaborative work systems and supply chain delivery for apparel companies over the past few years.

Shine+ (Chinese: 萱嘉生物), a manufacturer of skincare and health products, raised nearly CNY 200 million in Series A+ funding round on June 24. This round of investment was co-led by Orient Fuhai (Chinese: 东方富海) and Hua Xi Long Ya (Chinese: 华熙朗亚), and followed by Tongchuang Weiye (Chinese: 同创伟业), Hongtai Fund (Chinese: 洪泰基金), Lihe Hongxin (Chinese: 力合鸿鑫) and Sihai New Material (Chinese:四海新材基金). Founded in 2017, the firm is the world's first platform that applies supramolecular chemistry technology to the pan-health field.

The ONE (Chinese: 小叶子), a developer of intelligent piano equipment, completed its Series C++ funding round of tens of millions of CNY on June 17. The investment was led by Zhencheng Investment (Chinese: 真成投资). Founded in 2013, the firm uses artificial intelligence technology in music and aims to make music learning easier. This round of financing will be used to accelerate the firm's 'globalization' and 'intelligence' strategy. 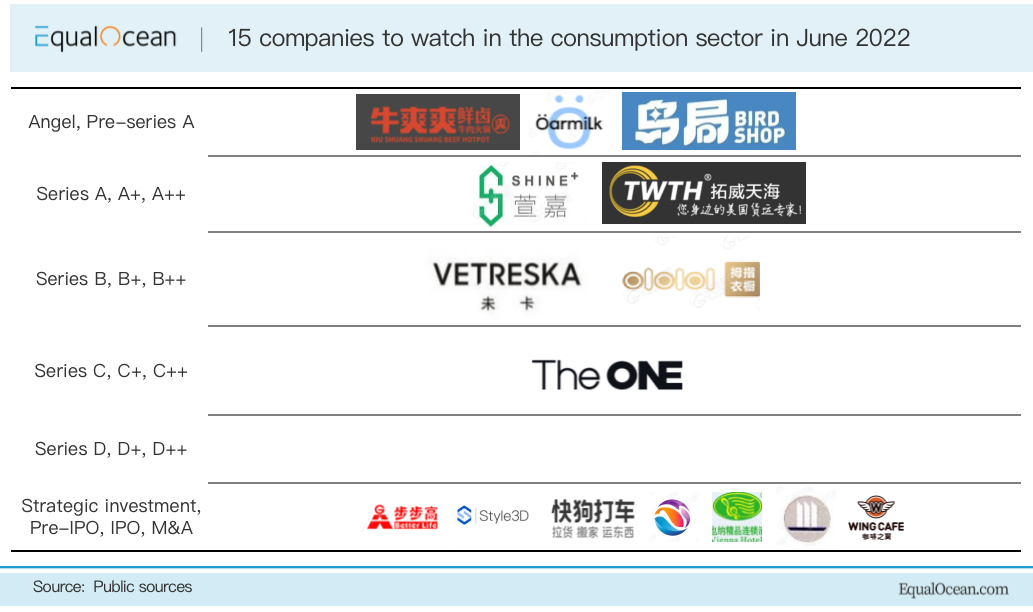 The acquisition of Comicity (Chinese: 动漫星城), by GDH (Chinese: 粤海投资) for CNY 700 million was completed on June 1. Headquartered in Guangdong province, the firm mainly engaged in the operation and management of the animation-themed shopping mall ‘Guangzhou Animation Star City’.

Bird Shop (Chinese: 鸟局), a one-stop comprehensive bird experience service platform, bagged CNY 25 million in an angel funding round on June 3. The investment was led by TaiFengFuSheng Capital (Chinese: 泰丰富盛), followed by Chuang An Capital (Chinese: 创安资本). This round of financing will be used on store expansion, brand building, team building and supply chain building.

TWTH (Chinese: 拓威天海), an international logistics platform, netted tens of millions of CNY in its Series A financing round led by SCGC (Chinese: 深创投) on June 15. The funds raised will be used to continue to deepen the U.S. customs and increase investment in digital construction.

Öarmilk (Chinese: 吾岛), a developer of high-end dairy products, raised tens of millions of CNY in its pre-Series A financing round from QY Capital and One Capital (Chinese: 壹叁资本) on June 20. Founded in 2020, the firm positions itself in the high-end yogurt market, focusing on the Greek yogurt category and describing itself as the “new generation of high-end yogurt in China”.

NSS (Chinese: 牛爽爽), a fresh marinated beef hot pot brand, secured tens of millions of CNY in an angel funding round on June 17, with the investment being led by Intelligent Capital (Chinese: 智连资本) and Plum Ventures (Chinese: 梅花创投). Founded in 2021, the firm offers ‘hot marinade + beef hot pot’ as its characteristic style and focuses on Sichuan and Chongqing flavors.

VETRESKA (Chinese: 未卡), a fashionable pet supplies brand, completed a Series B+ round of financing from Altrui Investment and Bojia Capital (Chinese: 博佳资本) on June 20. The amount of funding is not disclosed. Founded in 2015, the firm is committed to developing pet products with a sense of fashion, health and organic appeal.