Nayuki is one of the largest firms in China’s sprawling on-demand tea drinks industry. Financial indicators such as revenue and operating margins have proved its success in the past. But the ultimate question is, how long can it last? 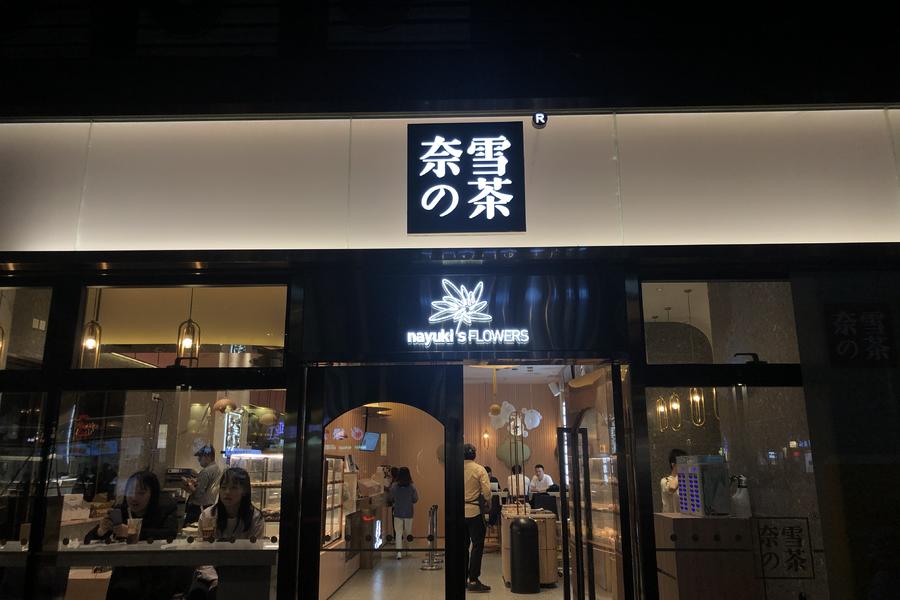 Nayuki (Chinese: 奈雪的茶, 2150:HK) is the first Chinese “new-style tea” company to go public. The firm mainly owns the teahouse flagship brand of Nayuki and its sub-brand Tai Gai, both of which specialize in the sales of on-demand tea drinks, baked goods and other related products.

The firm belongs to the on-demand tea beverage market, which has already reached a size of CNY 100 billion by the end of 2020. The industry has now progressed to the so-called “3.0 period,” as characterized by the focus on brand culture, high-quality products and the use of natural ingredients. Further growth is expected as disposable income rises for middle-class consumers in China.

According to this definition, major domestic competitors include LELECHA (Chinese: 乐乐茶), HeyTea (Chinese: 喜茶) and Modern Chinese Tea Shop (Chinese: 茶颜悦色) . Specifically, Nayuki faces the most intense and direct competition from HeyTea, which has similar average transaction value, store number and brand positioning. This competitor advertises fruit tea with cheese milk cap as its core product and posted an estimated CNY 4.3 billion in revenue for the year 2021. 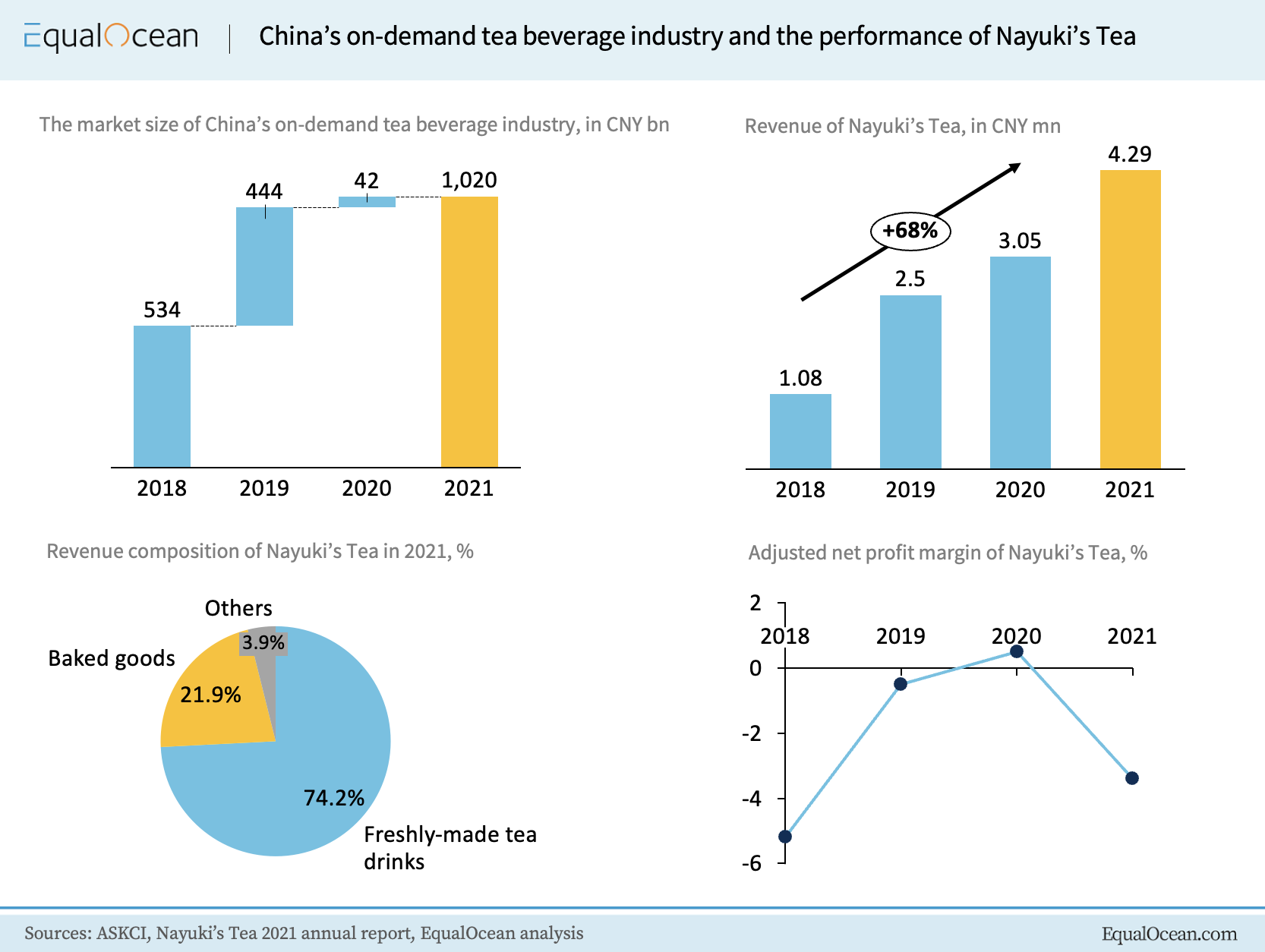 Nonetheless, Nayuki holds multiple competitive advantages over its rivals. First, Nayuki has incorporated baked goods into its product mix. This decision has proven successful as it added an additional revenue stream that generated CNY 940 million in sales for the company last year and continues to deliver a handsome profit. However, it is worth noting that competitors were quick to follow this diversification strategy. For instance, HeyTea has been branching out into segments including wine and coffee through investment.

Another point of differentiation is the scale and diversity of the firm’s stores. It has more than 240 Type-I and Type-II PRO teahouses that are able to satisfy a range of consumer demands, such as crane machines, gift boxes and alcoholic beverages. Moreover, the teahouses’ emphasis on the social aspect through fostering emotional connection is another plus. As consumer buying pattern is mainly repetitive in the on-demand tea beverage industry, having a higher density of stores would also help to boost sales from delivery.

Despite these unique selling points, Nayuki still faces multiple challenges. Its strong emphasis on physical stores galvanized it to pay less attention to online distribution channels. The utilization of Nayuki’s own WeChat mini program for delivery orders is not prevalent among customers. HeyTea is doing a better job in this area where orders from mini program accounted for more than 80% of the total.

Furthermore, it has a high operating cost made up of advertising, logistics and storage, delivery, utilities and other expenses. The firm can lessen this cost through the digitalization of supply chains and inventory management as well as refined daily operations. Nayuki should not only apply digitalization to back-end operations mentioned previously, but also to the front-end processes such as order management and payment to improve user experience and access channels while cutting costs.

Moreover, Nayuki can reduce advertising and promotion expenses, which have already amounted to 111 million and remain a large burden for the company. The firm can achieve this purpose through the cost-effective marketing made possible by Nayuki’s membership program. More than 43 million people had signed up for the program at the end of December 2021, with around 17% of them being highly active. They exhibit strong brand loyalty and contribute to a repurchase rate of 35.3%.

The firm may also reinforce its brand culture through co-branding with other companies. In the past, Nayuki has already partnered with famous IPs such as teamLab, OPPO and People’s Daily. This promotion strategy has proven to be successful as it allows the firm to tap into niche markets previously left untouched at a low cost. However, it should avoid letting customers experience marketing fatigue by choosing a limited number of brands that will generate the most desirable results.

In summary, Nayuki has the potential to beat the market. The firm’s competitive advantage is sufficient to support its current market cap of about HKD 1,377 million and to override the challenges it currently faces. The future looks bright for the firm and its stock price.