Hui-Gene Therapeutic, a rising star in China's gene-editing market, has completed a Series C funding round worth hundreds of millions of CNY, demonstrating investor confidence in the company's potential. 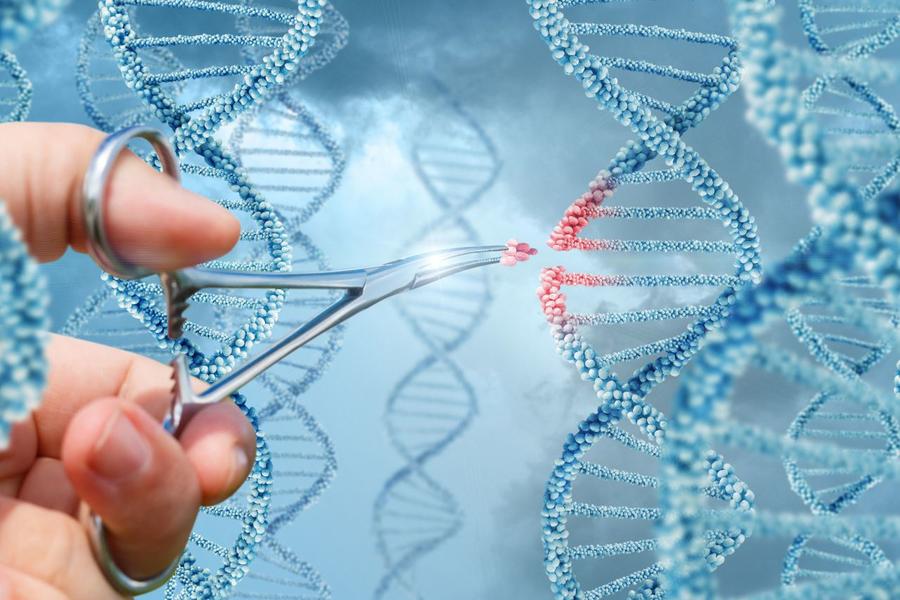 In May 2022, Hui-Gene Therapeutics closed a Series C round of funding worth over hundreds of millions of CNY.  Returning investors such as Kunlun Capital (昆仑资本), Sherpa Healthcare Partners (夏尔巴投资), and CDBI Partners (辰德资本) made follow-up investments. A year ago, they received CNY 400 million in the Series B round of funding.  Hui-Gene has quickly risen to the top of China's gene-editing market and its pipeline coverage and market potential have received wide approval from investors. We believe that Hui-Gene could be a star company in gene editing, so we have put together a quick overview of Hui-Gene Therapeutics's most recent research and development, gene therapy's market trend, and competitive landscape. 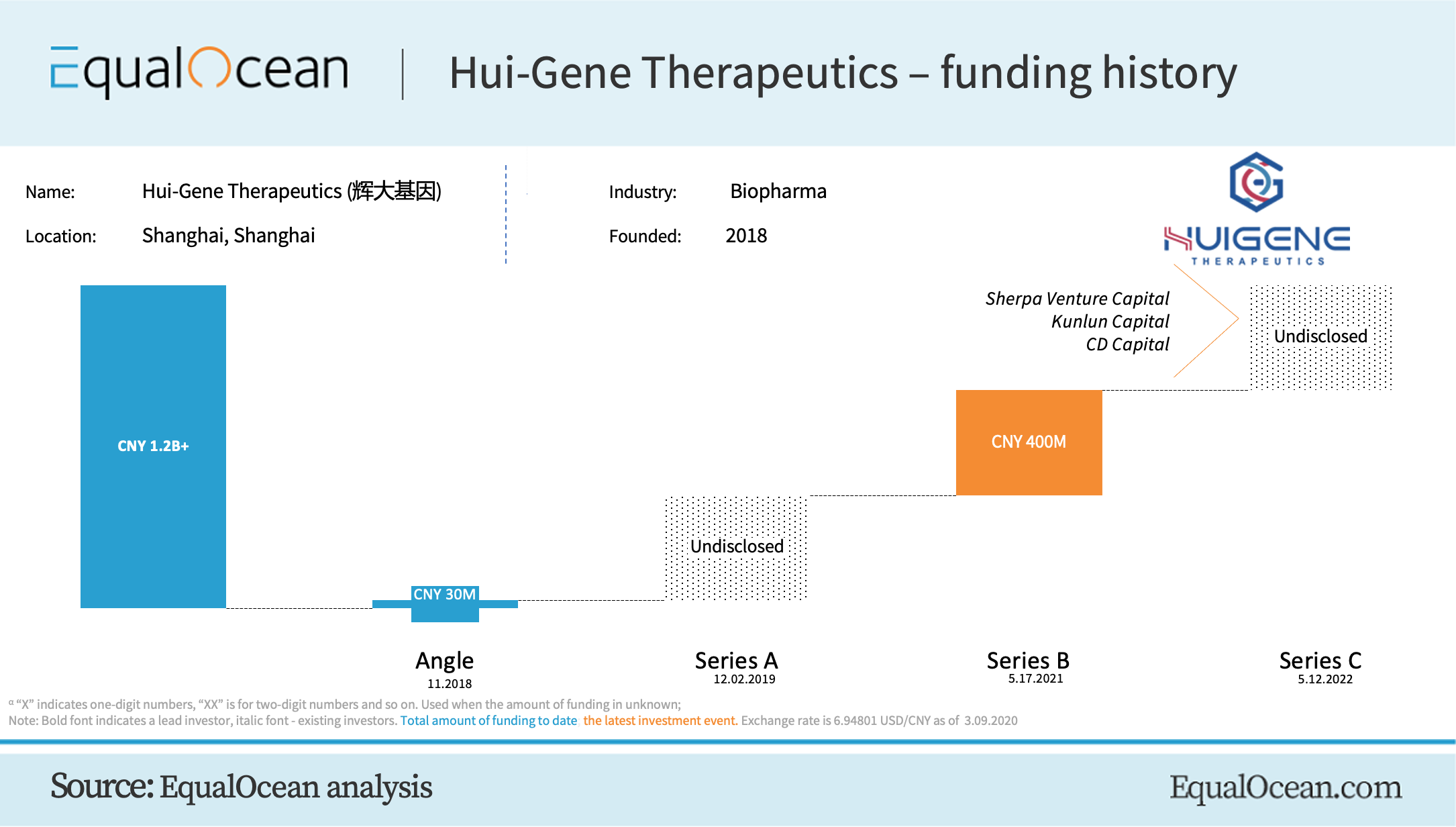 Hui-Gene is a gene therapy company founded in 2018 to develop antidotes for rare diseases caused by genetic disorders. The company is known for its research and development of cut-edge gene therapy technology, represented by two key innovations: the CRISPR/Cas13 RNA editing tool and the AAV platform.

Hui-Gene has created an innovative RNA editing tool based on CRISPR/Cas13 technology which is derived from CRISPR technology and has quickly become one of the most popular. The most significant benefit of CRISPR/Cas13 technology is that it can cut target RNA rather than DNA, avoiding any permanent modifications and thus greatly increasing the safety of gene-editing treatment. Hui-Gene's RNA editing tool is smaller and more adaptable and focused on in-vivo applications than Feng Zhang's team's RNA editing tools. Hui-Gene recognizes the importance of AAV in the success of gene editing because it serves as a vehicle for delivering modified DNA/RNA to the target. To address the challenges of AAV's safety, immunogenicity, and tissue specificity, Hui-Gene also developed its Adeno-Associated Virus (AAV) platform.

Hui-Gene is working on pipelines to treat genetic disorders of the central nervous system, hereditary eye diseases, and hereditary hearing loss, including pipelines for Spinal Muscular Atrophy (SMA) and Leber Congenital Amaurosis 2 (LCA2), which have a market worth billions of dollars. 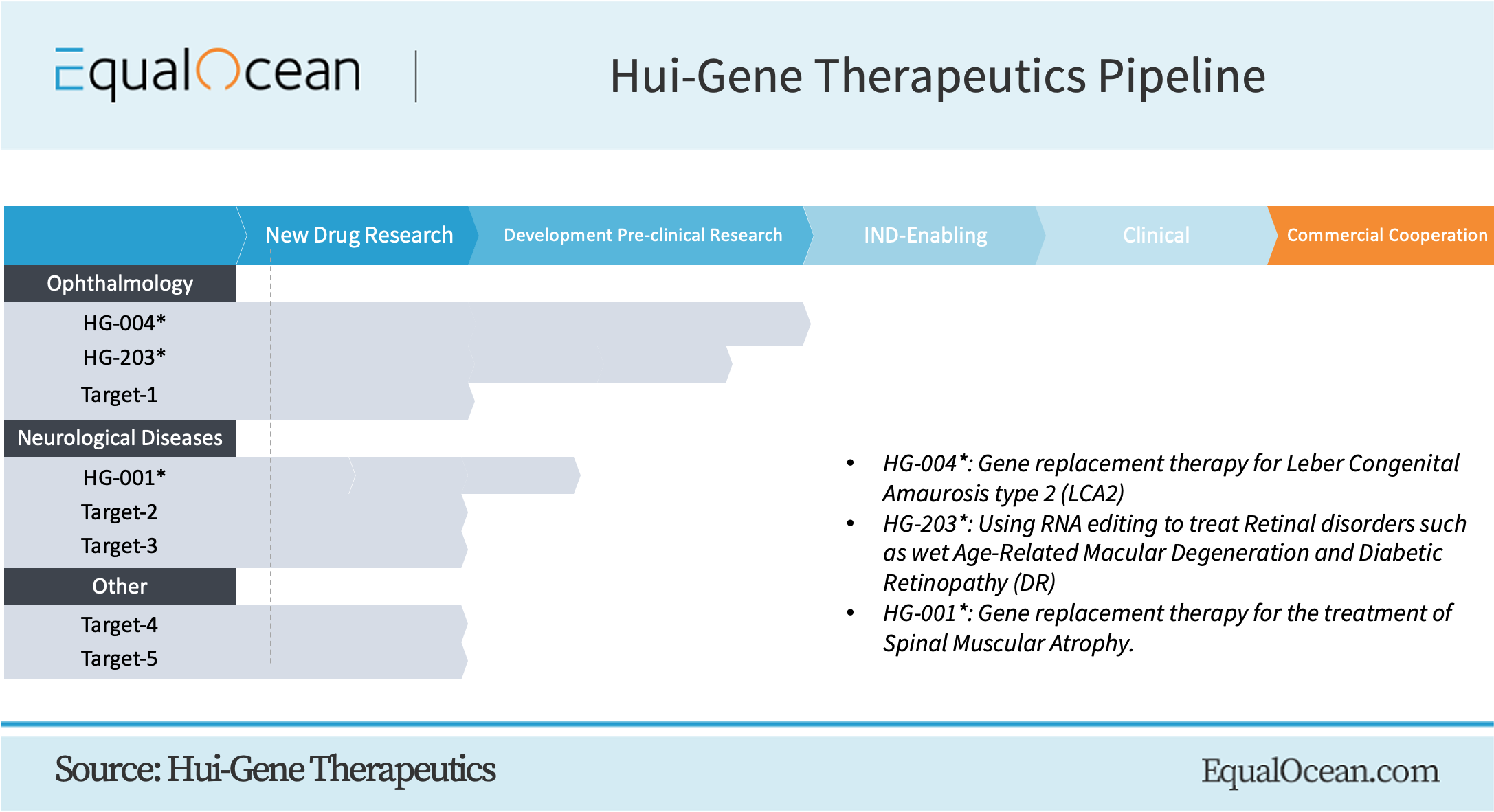 Hui-Gene's CRISPR/Cas13 gene-editing technology, AAV platform, and diverse pipelines are its response to the growing market for rare disease cures.

Searching for a cure led to a huge opportunity

Hui-Gene is located in a rapidly expanding market. The global genome editing/genome engineering market is expected to reach USD 11.7 billion in 2026, with a compound annual growth rate (CAGR) of 18.2% from now, according to Market and Market. The Asia Pacific gene-editing market, in particular, is expected to grow at the fastest rate during the forecast period.

Frost and Sullivan, on the other hand, predicted that the global gene therapy market would reach USD 30.5 billion in 2025, with the Chinese market growing to USD 17.9 billion.

The large number of patients suffering from orphan diseases caused by genetic disorders and mutations, as well as the growing demand for a cure, are the main drivers of the gene-editing market's growth. More than 200 million people worldwide suffer from rare diseases thought to be caused by single DNA letters or minor changes in DNA sequences. According to Xin Ni, director of the Children's National Medical Center, China has approximately 16.8 million people with orphan diseases, with 80% of them having diseases linked to genetic disorders and only 5% receiving treatment. That is when gene therapy kicks in, as compared to traditional treatments, it becomes one of the most effective ways to combat rare diseases, such as neurological and muscular diseases which Hui-Gene concentrate on.

Competition for gene therapy is heating up in China

As the market grows in popularity, like Hui-Gene, companies from all over the world, are investing heavily in gene therapy research and development. Even though there are numerous types of gene therapy, the majority of companies are concentrating on cell therapy and gene editing. When it comes to the Chinese market, one of the most well-known players in the gene-editing field is EdiGene Inc., a Chinese gene therapy company with a thorough understanding of DNA and RNA editing technologies. Its LEAPER™ based in-vivo RNA editing product, which is currently in the research stage and targets neurological and muscular diseases, is a major competitor to Hui-Gene's Spinal Muscular Atrophy product.

Innostellar Biotherapeutics Co., Ltd has partnered with Shanghai First People's Hospital to develop LX001, an AAV treatment for LCA that delivers an improved RPE65 gene to target DNA. Clinical trials are now being conducted on this treatment. Because similar technologies are used in their R&D, products from their companies, as well as other foreign companies, can pose a risk to Hui-Gene's products. 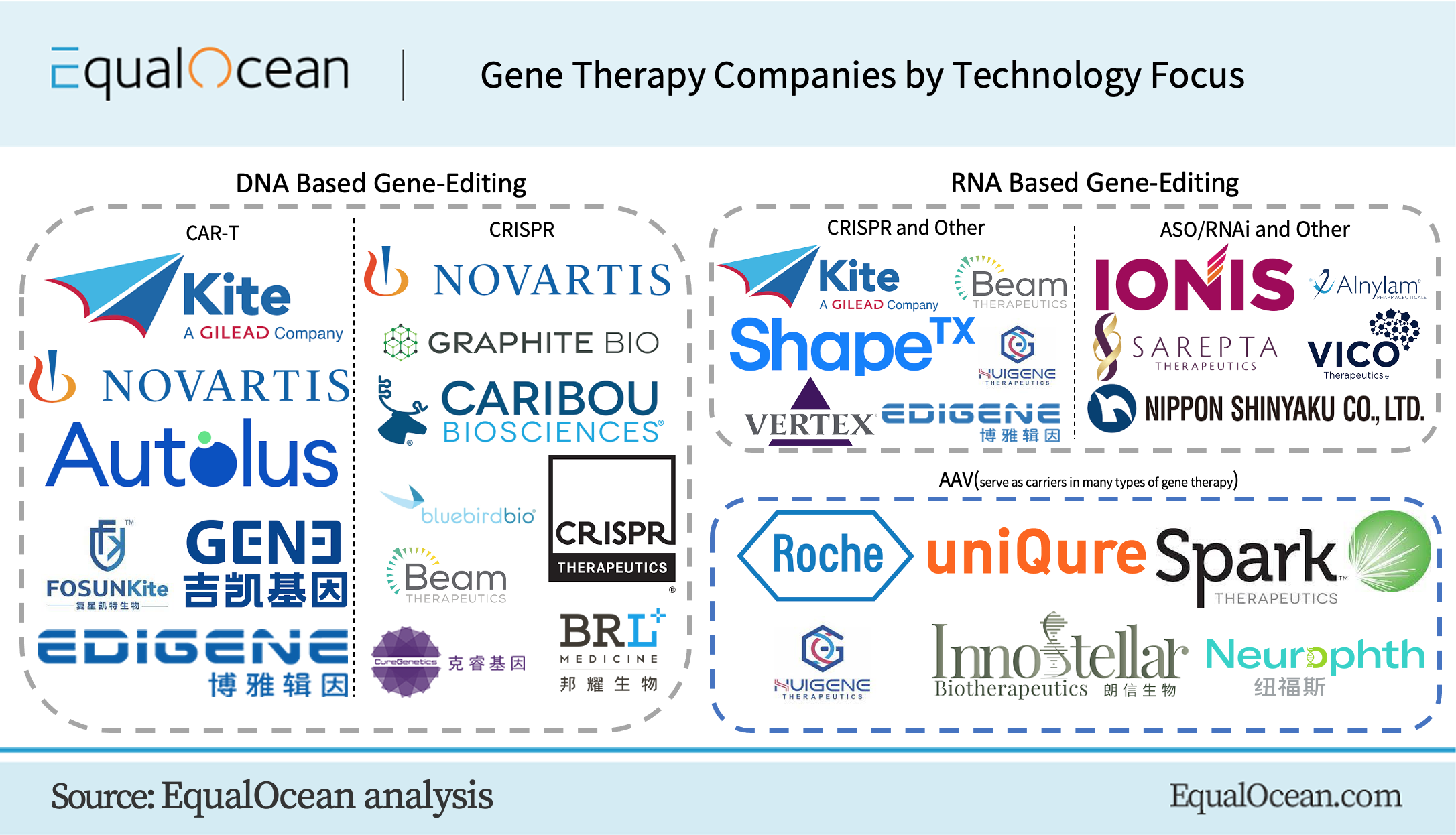 Is Hui-Gene the next big thing?

Even though the competition is fierce, Hui-Gene is likely to emerge as the game's dark horse and dominate the gene-editing market. Because its CRISPR/Cas13 RNA editing tool eliminates the major stumbling block of AAV cargo size limitations, which is a huge step forward in gene therapy delivery.

Furthermore, while many companies use ADAR as a replacement for CRISPR/Cas, Hui-Gene's Cas13X/Y RNA editing tool is more effective than ADAR for in vivo treatments, so it will likely replace ADAR and be promoted in the future.

Hui-Gene, in particular, has made significant progress in terms of patenting and collaborating with other companies. In December 2021, their Cas13X/Y RNA editing technology was patented in the United States, making them the first Chinese company to own a free-to-operate (FTO) clean CRISPR/Cas13 gene-editing tool. They've also formed a technology license agreement for their Cas13X/Y RNA editing tool with a well-known Chinese cell-therapy company, and they expect more collaborations. These achievements demonstrate Huigene's ability in R&D and future licensing opportunities for their product. As licensing-in/out becomes more popular in the pharmaceutical industry, Chinese companies are increasingly opting to license in more advanced treatments and products from companies such as Novartis. Thus, a company like Hui-Gene with potential licenses-out ability could be extremely valuable, as it could threaten foreign companies' global dominance in gene therapy technology. However, there are still risks.

Where are the risks now?

Although Hui-Gene has made significant technological breakthroughs, we must also consider the impact of exclusivity as well as the policy change. As a general rule of thumb, high profits in the medical industry are always accompanied by high upfront costs in R&D and clinical trials, particularly for novel drug development, which can take over ten years and is fraught with risk.

Consider LUXTURNA, a gene treatment developed by Spark Therapeutics that costs USD 850,000 per treatment and is the first medication on the market to treat Leber congenital amaurosis (LCA) caused by a mutation in the RPE65 gene.

We can see how important exclusivity is from this. As a result, Hui-Gene may have lost its first-mover advantage in the commercialization of LCA drugs to companies like Innostellar, which has a product in clinical trials that uses similar technology. Hui-Gene, on the other hand, may be able to mitigate this risk in the future by expanding its pipelines with cutting-edge technology.

Finally, China's shift in NDA policy is critical to the pipeline's success. With the newly revised Drug Registration Provisions, China has been heavily promoting generic therapy R&D, but we should all be aware that there is still risks and keep an eye on the ongoing policy changes.

In conclusion, we believe Hui-Gene is a technologically driven company that has huge potential to be the next leader in the gene-editing market, with its strong R&D capabilities, a wide range of disease coverage, and growth-oriented mindsets in forming partnerships. Despite the competition being fierce, and future policy changes remaining uncertain, gene-editing is still one of the fastest-growing markets and far away from reaching its peak. Hui-Gene could become the top gene-editing company, if it continues to investigate new treatment opinions, expands its pipeline portfolio, and actively collaborate with other companies.