The country is one of the sunniest places on earth, making it an ideal candidate for massive, commercial adoption of solar power. After the early days of exponential growth, fueled in large part by government subsidies, the industry has transitioned from a period of production overcapacity into relative maturity. But as the country phased out subsidies, leaving the sector to compete on its own, how will it develop in the coming years to help China meet its "dual carbon goals" 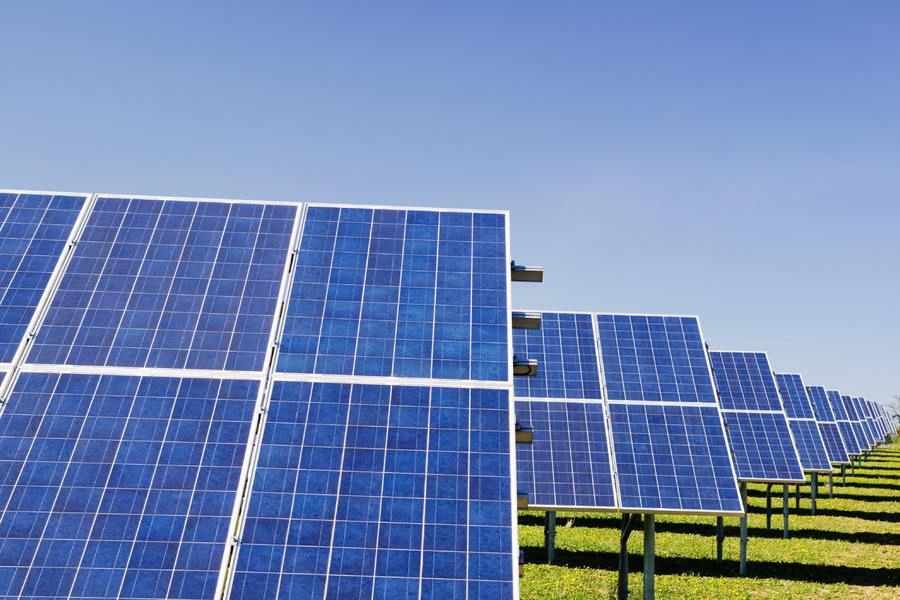 China consumed 8.31 trillion kilowatt-hours of power in 2021, 10% higher than a year ago, of which most was generated through the use of coal. Amid the global energy transformation from carbon-based solutions to renewable ones, China's aspiration is to peak greenhouse gas emissions in 2030 and attain carbon neutrality by 2060. To achieve this goal, photovoltaics has become an essential substitute for fossil fuels.

According to China Photovoltaic Industry Association, the country added 55 gigawatt of power in 2021, up 14% year on year, accounting for 33% of the global capacity. What's more, 58% of the world's PV modules (solar panels)  came from China. Before being recognized as the largest PV maker, China's solar panel sector had been through a bumpy ride.

China's PV industry started in the 1960s, following the creation of its first silicon single crystal, but up until 2000, the domestic market for silicon solar cells was tiny as demand was rare. In a nutshell, in the nascent days of the PV industry, the competition was mainly among Western countries, including the US, which designed the world’s first PV system, Japan and Germany.

In 2005, Germany surpassed Japan in PV module production with the introduction of the Renewable Energy Act in 2000, an initiative that aims to increase the percentage of green energy in its power grid. The benign competition stimulated demand for the green energy market. To satisfy foreign countries' rising needs for PV, the manufacturing of solar panels in China has been rapidly growing on the back of foreign technology and capital. But the boom was short-lived because of the 2008 financial crisis, which contracted a lot of demand from Western countries.

To confront the challenge, the Chinese central government rolled out incentives in many sectors, including PV, which led to excessive output eventually, followed by a steep decline in solar module prices. Afterwards, the imbalanced demand and supply were gradually redressed. And the government began to downplay the importance of subsidy by cutting it annually for power connected to the grid in 2021, a sign of a maturing industry. Looking back, during the 20 years of ups and downs, two elements are crucial to advancing the space.

Technology iterations spurred the mass adoption of solar panels. Since the invention of PV, the key problem lying at the heart of modules is energy conversion, where 10 years ago only 15% to 22% of solar energy could be processed into power. For years, scientists have been working on a solution to enhance efficiency. The latest data shows that Trina Solar (Chinese: 天合光能), a leading smart PV solution provider, achieved a maximum 25.5% cell efficiency in real production this year, the highest of its kind in the world.

Another key factor that accelerated PV commercial deployment is the cost. Based on Swanson's law, from 1976 to 2019, ''the price of solar photovoltaic modules tends to drop 20% for every doubling of cumulative shipped volume. At present rates, costs go down 75% about every 10 years.'' Although the decline slowed in 2021 as Covid triggered a supply chain crunch, solar systems were installed massively and became ever more prevalent.

Where does the demand come from?

China is a country with evenly distributed solar resources in many places. The nation can be divided into five categories of geographies based on the richness of horizontal irradiation. Tibet is the area with the richest illumination, while Sichuan province has the least. Building solar power plants in regions with abundant sunlight yields a good return on investment. Apart from sunlight, land and end consumption also affect the demand.

The construction of a centralized solar power plant (The electricity generated is distributed through the electric power grid to multiple end-users) needs some land. Therefore, it is often located in regions with an expanse of open space like Gansu, Ningxia and Inner Mongolia. On the contrary, decentralized ones, which are more flexible in design and installation, are sited near end users in places like Hebei, Shandong and Zhejiang. The first two provinces also see better PV penetration in the home market as it delivers a good return on investment.

The subsidy is an invisible hand that undergirds the development of the PV sector. The Chinese government has a long history of providing subsidies for electricity transmitted to the grid. Subsidies were cancelled in 2021 as the central government believed solar power could compete economically with other forms of energy. Some municipal administrations roll out very aggressive policies, and local markets like Zhejiang take the lead in this regard. For example, Ningbo Housing and Urban-Rural Development Bureau claimed that all the new construction starting on May 1 this year must install PV systems. Besides, most provinces (or province-level localities) have released target capacities by 2025.

Even though the PV sector has never been so prosperous before, the industry has encountered some challenges. Decentralized PV systems are tasked with the crucial mission of helping numerous families reach carbon neutrality, but the segment lacks standardized solutions. When integrating a new house with PV systems, an architect has the right to design a house as he or she sees fit, but this may increase the difficulty for a home to be considered compatible with PV systems. On the contrary, PV sellers hoping to scale products to increase revenue normally prefer standard solar modules. The future trend is similar to what happened in the furniture market, where manufacturers provided standard and affordable solutions to clients with limited budgets and tailored systems to high-end markets.

Another PV niche market is building-integrated photovoltaics (BIPV). This segment involves decorating the exterior of buildings with PV panels. The current solutions affect the appearance and aren't very reliable for long-term use, like over 25 years. Practitioners are working to make colorful PV panels to fulfil the end-users’ demands. This, however, raises new questions about the stability of PV, as PV makers need to anticipate what could happen in 20 years’ time.