Over centuries, people are on the hunt for good foods as a fundamental consumer staple around the world. With access to a variety of nutritious food, the global food system inevitably reduces malnutrition in different countries, with a huge leap in agricultural productivity and international trade. Imported food from foreign countries seems like an unavoidable option to reverse the monotonous biodiversity and growing problem with pests and diseases. 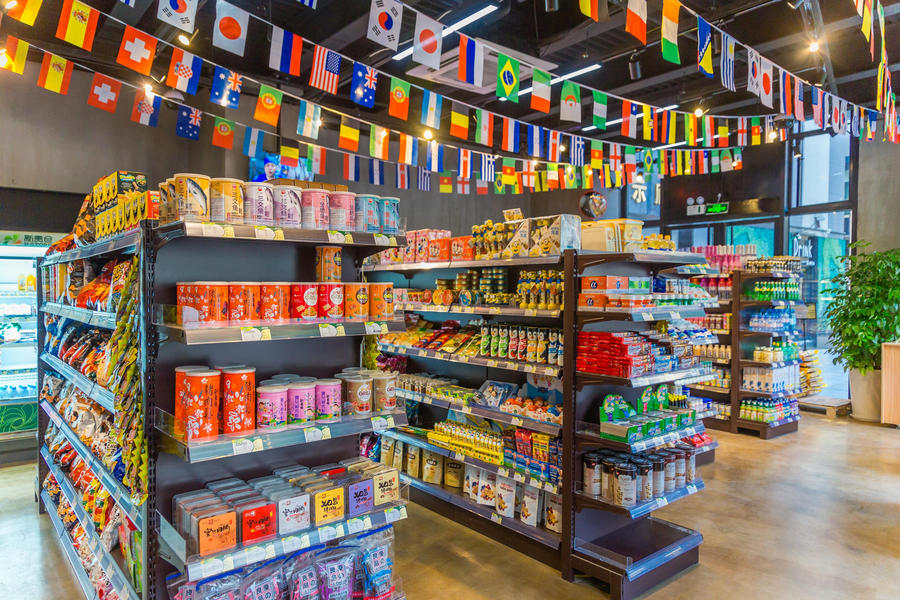 Similar to many countries, foreign-made food products have undergone a strict process to import into China, with tightening regulations in the past decade.

The Outlook of Regulatory Requirements

On April 12, 2021, the General Administration of Customs of China (GACC) issued Order No.248 with new requirements for the registration of qualified foreign food producers who are eligible to export food products to China effective from January 1, 2022.

Besides, China released the other revised decree to introduce new barriers to food and agricultural exports from its trading partners. The first decree No. 248 outlines the requirement for all overseas food manufacturers, processors, and storage facilities to register with the GACC, while the second decree No. 249 highlights a broad range of requirements on food exports to China, including record filing by importers, exporters, quarantine, inspection, and product labeling. However, in relation to the implementation of decrees, many trading partners have voiced their concerns about the disruption of trade due to the lack of clarity and timing issues.

Tracing back to 2012, China has already released its provisions for imported food supervision to guarantee the traceability of imported foods and the flow of imported food. At many levels of management, these provisions enable the country to reduce safety incidents and list more than 23 categories of food products, including but not limited to meat, egg products, aquatic products, vegetable, and others. Notwithstanding the controversy surrounding the justifiability of new decrees, China is taking up its own efforts to expand the supervision over the food supply chain and imported food market through legislative power. Many multinational food suppliers should pay high attention to law compliance risks and challenges.

Despite strict regulatory requirements, foreign food suppliers have been paving the walkway of importation into China as demonstrated in the past decade. Exemplifying in 2017, countries across the world had already engaged in food importation into China. In 2018, out of 17 categories of China's imported food – aquatic products, meat, and dairy products were the three most popular food segments among Chinese consumers. 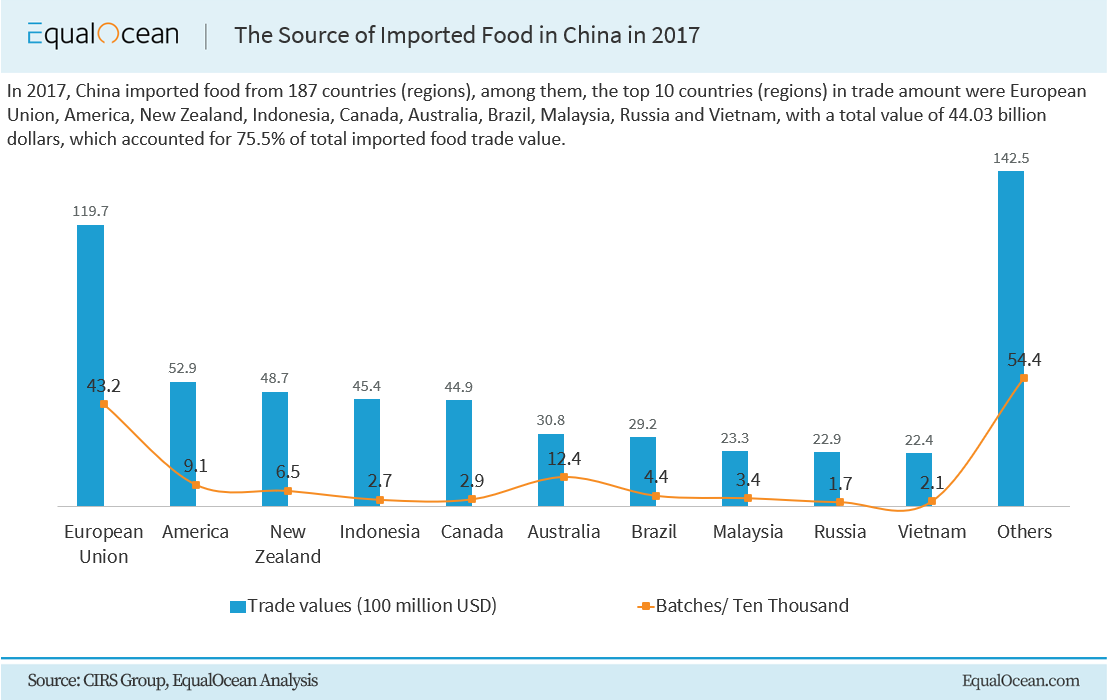 According to the China Chamber of Commerce Import and Export of Foodstuffs, from 2015 to 2019, China’s imported food value increased from USD 54.8 billion to USD 90.8 billion, with the top five countries of origin that included New Zealand, Australia, Thailand, Indonesia, and Brazil. In 2019, the scale of China's cold chain market jumped to CNY 339 billion with imported food from 189 countries. The cold chain market constitutes of perishable food that requires a low-temporature transportation environment to ensure food quality and safety. With products ranging from meat to vegetables, the cold chain has been one of the biggest imported market in China. On November 9, 2020, China's state council released the Work Plan of Preventive Comprehensive Disinfection of Imported Cold Chain foods to complete disinfection in the food transportation process.

The ever-increasing imported food market in China is directly related to the enhanced life quality of Chinese people, especially high-class consumers. This population, spreading from middle to high-class people, are major consumers in imported food. Many of these foreign-made food products are imported into chain wholesale markets in China, such as China Resouces Vanguard, RT-Mart, Wellcome, and others.

Foreign wholesalers have also been seizing the opportunity to open locations in China. For instance, as of July 2021, Costco has announced its plans to open 7 sotres in China, majorly in urban areas like Shanghai, Guangdong, Suzhou and Zhejiang. These foreign wholesalers are major carriers of imported food products riding on the modern lifestyle trend in China. The net demand for imported food products shows no sign of waning over the past decade, with more than USD 100 billion of imported foods in 2021.

Despite of traditional offline retails and wholesales, the popularity of live streaming and its relationship with e-commerce has further incubated the importation of food products in China. Many fresh food e-commerce platforms witnessed an increased number of daily new users and growth in the trasaction volume. Chinese consumers’ changed shopping habits cultivated long-term preferences for online food shopping as shedding light in this new segment. According to the research by Kantar Workpanel, in 2018, China's ecommerce channels achieved nearly 40% of market growth in food sales. Among different food categories, snack and beverage occupied 71.7% and 31.9% of penetration rate, respectively.

With high demands of imported food in China, the country also imposes strict regulatory requirements to assess and monitor the quality and safety of foreign-made food from recent regulations. From storage to distribution chain, imported food are required to undergone a series of inspection during the pre-importation stage. Meanwhile, China's domestic markets involving middle and high-class populations are concreting with a higher demand for imported food in past decades. As food products make a considerable contribution in China's economy, including retail and e-commerce markets, this consumer sector is expected to grow in the future.