The popular video platform has released its quarterly financial and operating results – which show a stellar performance. 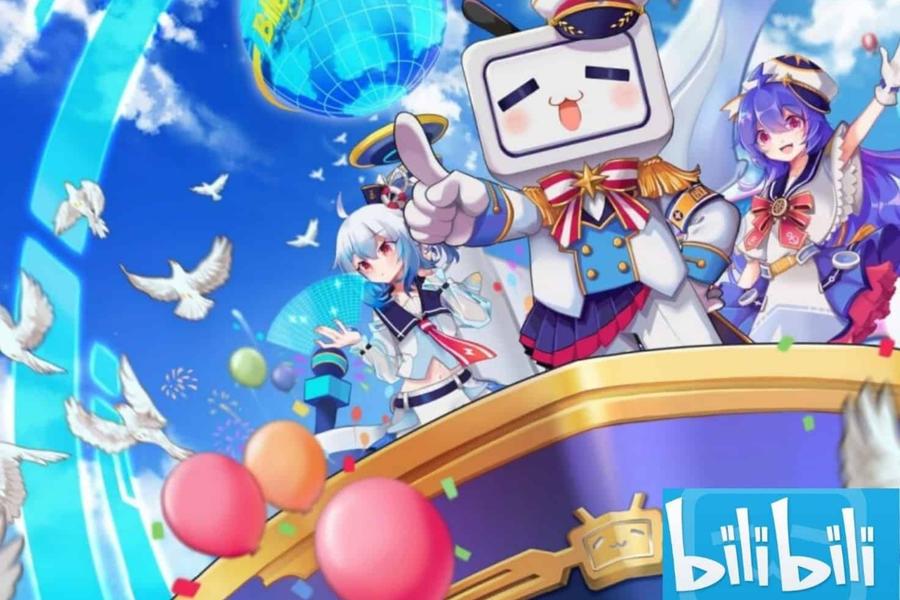 On August 19, 2021, Bilibili held the Q2 2021 earnings call that revealed positive financial results beyond its best predictions. However, with negative impacts from the recent changes in the United States and China's listing-related policies, such outstanding financials have not boosted the stock price. Bilibili's second-quarter results topped the expectations of the market. During that period, the company achieved a revenue of CNY 4.50 billion, up 72% year over year. It is the first time the company has achieved over USD 1 billion in revenue (about CNY 6.5 billion) in half a year. However, its quarterly loss from the operation has expanded to CNY 1.52 billion, up 47.5% quarter over quarter and 149.3% year over year mainly due to the increasing sales and marketing expenses (from CNY 1 billion to CNY 1.40 billion). Though Bilibili received a higher investment income this quarter, its net loss increased to CNY 1.12 billion, up 23.9% quarter on quarter. 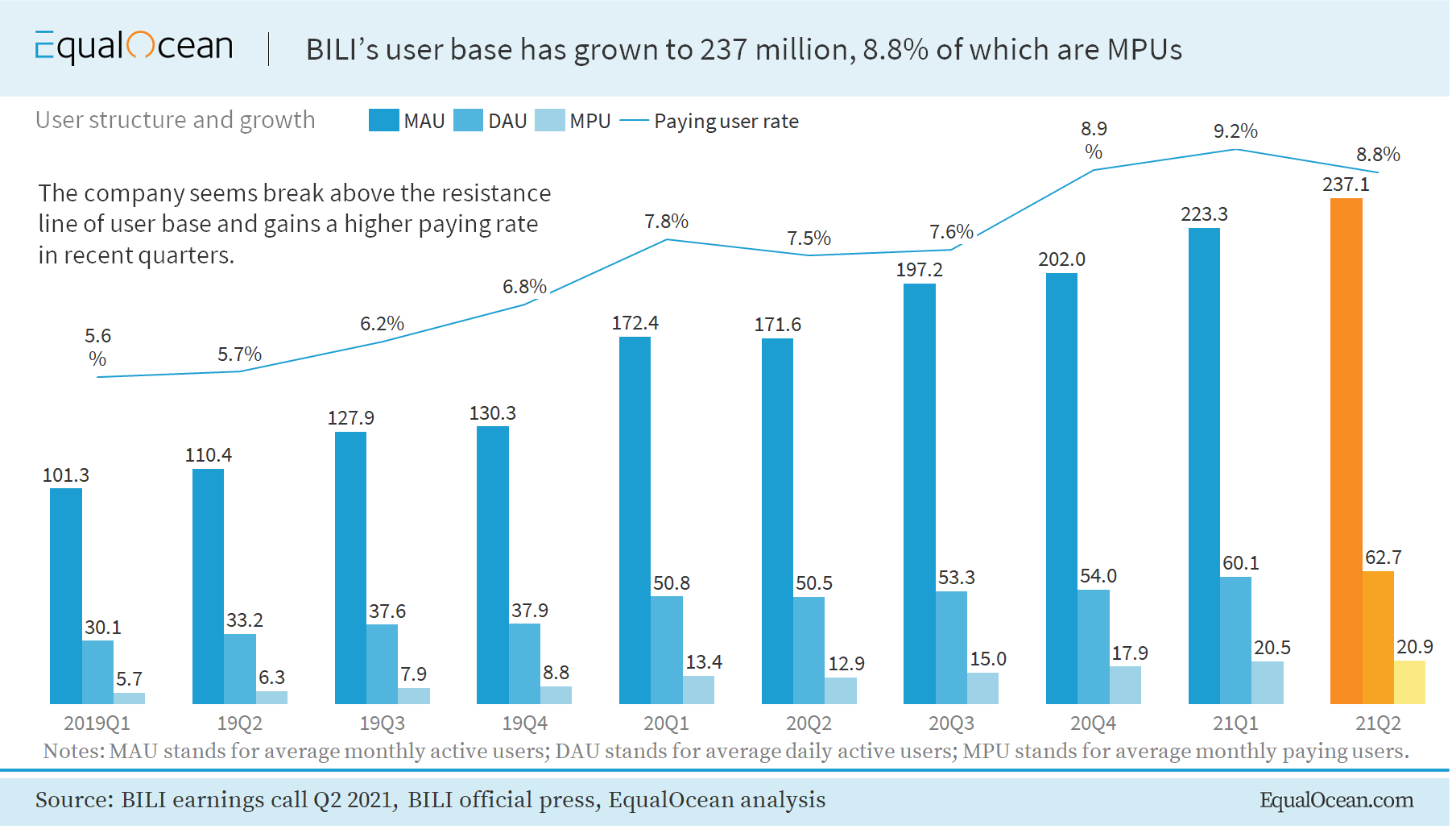 Following 2020, the company's mobile game revenue has tended to be stable, with weak growth. However, its e-commerce, advertising and 'value-added services' (VAS) businesses have started to pick up and helped the company maintain momentum. This is good news for Bilibili as it has stabilized its profit model and improved its anti-risk abilities in light of fierce competition. Nevertheless, we think the company is still in a critical period of increasing accessible users. We believe that the company will maintain a relatively aggressive marketing strategy to improve brand awareness based on the increasing marketing expenses. At the same time, Bilibili has been further enriching content categories and broadening differential-age groups to achieve its user growth goals.

The company has a sticky and loyal user base that allows it to maintain a high growth rate during this quarter. By the end of June 30, 2021, the average monthly active users (MAUs) of Bilibili reached 237.1 million, up 38% year on year, while its average daily active users (DAUs) reached 62.7 million, up 24% year on year. The average user time spent on its website and app rose to 81 minutes per user per day, setting a historical record. For the paid subscribers, this group grew to 20.9 million users, surging 62% compared with the level of June 30, 2020, which indicates users' increasing engagement.

Over the past decade, Bilibili has continuously expanded its content coverage and improved its user experience. This platform has become one of the most popular online communities in China and attracted a large number of stable and active UGC creators and users with high stickiness. These features equip the company with high competitiveness in the video entertainment domain.

Starting in 2020, the company's mobile game revenue began to turn stable, but this segment's growth has been weak in the past years. However, its e-commerce, advertising and value-added services (VAS) business growth has started to pick up and help the company maintain steady growth. This may be a good thing for Bilibili, that is, it has changed from a single profit model to a more balanced one, improving its business agility and thus hedging against risks. Nevertheless, we think it is still in a critical period of expanding the range of accessible users. We believe that the company will maintain relatively aggressive marketing methods to improve brand awareness, the increasing marketing expenses can testify to this point. At the same time, further enriching content categories and broadening differential-age groups may help Bilibili achieve its user growth goals.

On the one hand, according to the call, Bilibili said it will continue to explore new advertisement formats in areas like video advertising and embedded advertising. These new streams will contribute to the boom of its advertising revenue.

As for the mobile game segment, the company announced in the earnings call's Q&A session that Bilibili will focus more on self-developed games in the second half of 2021. It has over 1,000 team members and multiple self-developed projects have been progressing. Considering the unbalanced nature of the demand and supply chains, we think Bilibili's mobile game business is approaching a turning point. However, it is hard to develop games that resonate with the company's unique community culture and user characteristics – other than ACG-related ones. Hence, we have some reservations about its effect on the near-future performance of the company. Since Bilibili is yet to make a profit, we used the EV/revenue ratio and chose IQ, HUYA and DOYU as its competitors. From the chart, it is obvious that the ratio jumped compared with its competitors since Q4 2019, owing to its continuous high growth. Based on its current financial performance, momentum and competitive landscape, we think 17x is an appropriate valuation for Bilibili in 12 months, which corresponds to a target price of USD 98.90 apiece.

2. Another risk comes from the ban of uploaders publishing inappropriate content. In 2021, two of the most popular uploaders in Bilibili, LexBurner and Dangmei (link in Chinese), were banned for such a reason, having repercussions for the whole community. Events of this kind normally hurt the platform's reputation in China, with users migrating to its alternatives.