Success in China's booming innovative education market is often a matter of talent supply, rather than the model or the technology. 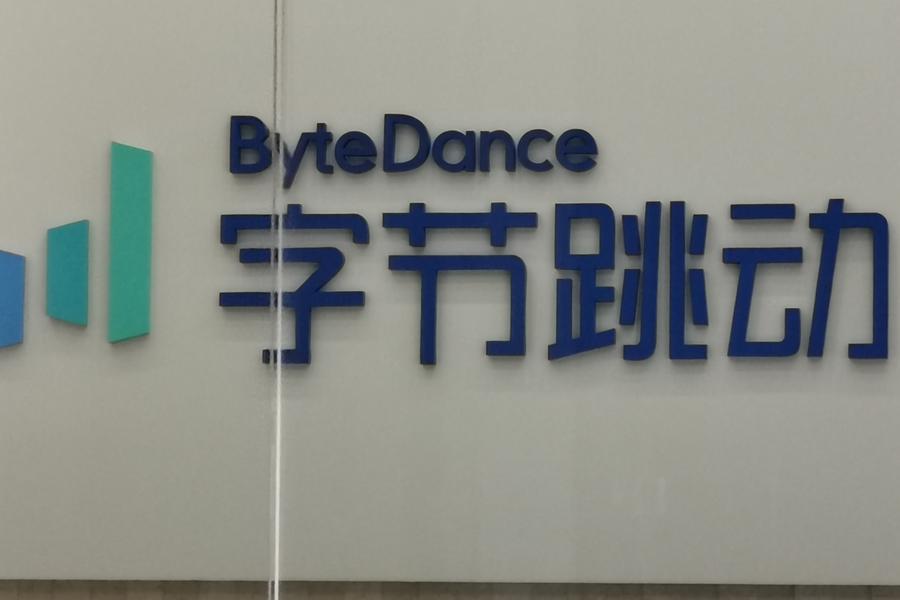 Earlier in March, Chen Lin, the senior vice president of ByteDance, released a statement explaining in detail the original intention, philosophy and vision of ByteDance for education. In his view, an ideal education product should have the best teachers, and it must achieve breakthroughs in products and technology and as well as in the combination of software and hardware.

According to Chen, ByteDance is currently running a huge hiring campaign for its education business; more than 10,000 people will be recruited by the end of this year. Talents who are interested in breakthrough innovation, globalization and the integration of software and hardware are welcome to join. In 2020, during ByteDance's spring campus recruitment, the education initiative provided more than 1,500 positions for fresh graduates, covering fields such as teaching, research and teaching, products and research and development.

It is also worth mentioning that, earlier, in his firm's eighth-anniversary letter, Zhang Yiming, the global CEO of ByteDance, stated that education will be his new business direction.

In the past few years, ByteDance has continued to explore the field of education and has successively launched one-to-one foreign education products GoGokid and online tutoring education products for primary and secondary schools, Qingbei Online School. According to informed sources, the current exploration of ByteDance's education business spans pre-K, K-12, adult education for multiple age groups, and the product matrix is rich, covering multiple disciplines and multiple curriculum forms.

Zhang Yiming, once said in an interview: "You shouldn't be in the core business what other companies are devoted, because you don't have a competitive advantage... We should innovate and look at the strategies on businesses and areas that others have not done well, which is also significant for running an enterprise."

ByteDance's content platform Toutiao launched in 2012, over time has changed the way users get the reading content. The algorithm-based recommendation is the core engine of the firm's future development. Specializing in developing AI systems, the company has in-house tech that it can apply to its edtech strategy: behavior-driven predictive recommendation algorithms.

K-12 education is defined as after-school tutoring for grade one to 12 students with kindergarten classified as an independent track. Considered as the largest segment, K-12 accounts for about 40% of the national financial investment in education according to Jmdedu's 'Zero to One: ByteDance's Ambitions Devoted to Education Technology' article, where the lion's share belongs to the to-B business focusing on educational informatization. In the past few years, K-12 has raised about 30%  of the total VC investment in the primary market concentrates on to-C tutoring and to-B informatization tool providers.

In this sector, ByteDance is more like a follower. Starting from a relatively mature business model of K-12 –big-sized live-streaming courses – the company launched 'Daliketang' (Chinese: '大力课堂') and acquired the online education platform Qingbei Online School with CNY 20 million to make up for its educational business capabilities and experience. Then ByteDance went on to the small-sized live-streaming courses; the 1-on-1 model has, not yet been piloted.

Besides, it is reported that ByteDance is planning acquisitions of leading tutoring institutions in some provinces. The company may start its education layout online then vie for the offline market, and finally, there will be a big intersection with TAL's offline business. Therefore, offline small-sized classes that have been initially verified to be feasible and offline 1-on-1 models are very likely to be the possible focal points for ByteDancein the K-12 space.

In terms of higher education, ByteDance has invested in the Minerva Project: a leading educational innovator and global provider of top-tier educational offerings. This movement is regarded as the most innovative direction of the company's educational business so far. For ByteDance, tapping into this market with platform-based products may be preferable.

And when we talk about vocational education in China, there are several hot segments, including exam-oriented tutorings like Civil Service Exam and National Graduate Entrance Exam and language learning. Except for adult language learning, ByteDance has not made any other attempts so far.

In the digital age, people have increasing demands for skill improvement. Thus, new technologies for interaction are worthy of exploration. In general, from the perspective of the population base and market environment, there are still large spaces and possibilities in the track of on-the-job education.

As for the Pre-K layout, similar to K-12, competency-based education, and on-the-job education, ByteDance entries this sector from language learning to mathematical thinking education for children. Picture book publishing with storytelling, games, and animation can fairly be the next step. 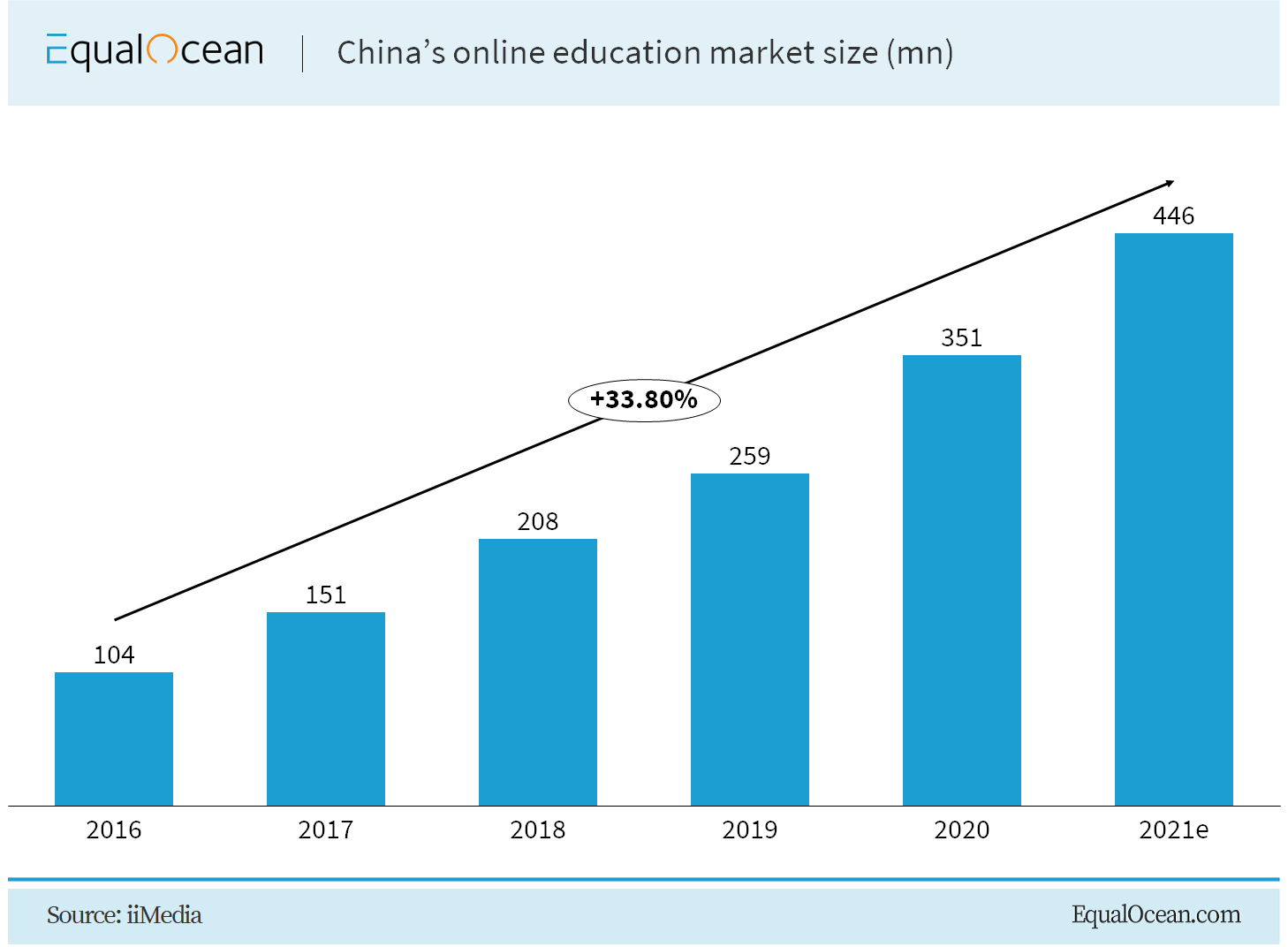 Due to the effects of the epidemic, the demand for online education has intensified and the consumption of online education by the masses has further accelerated, ushering the market to a key platform for development. We believe that this trend of steady development will continue for the coming years.

A look at China's K12 online education industry in 2021

As the main segment among online after-school education, the number of K12 groups in China is huge. Here we find high consumer demand and a high bar for satisfaction.

K12 online education generally refers to the provision of online services such as basic education and quality education to students at all stages of preschool, elementary school, junior high and high school.

With the support of the policy, a large number of primary and middle school students are resuming classes online and the penetration rate of K12 online education has grown rapidly, rising to 23.2% in 2020; the growth rate far exceeds the data of previous years. 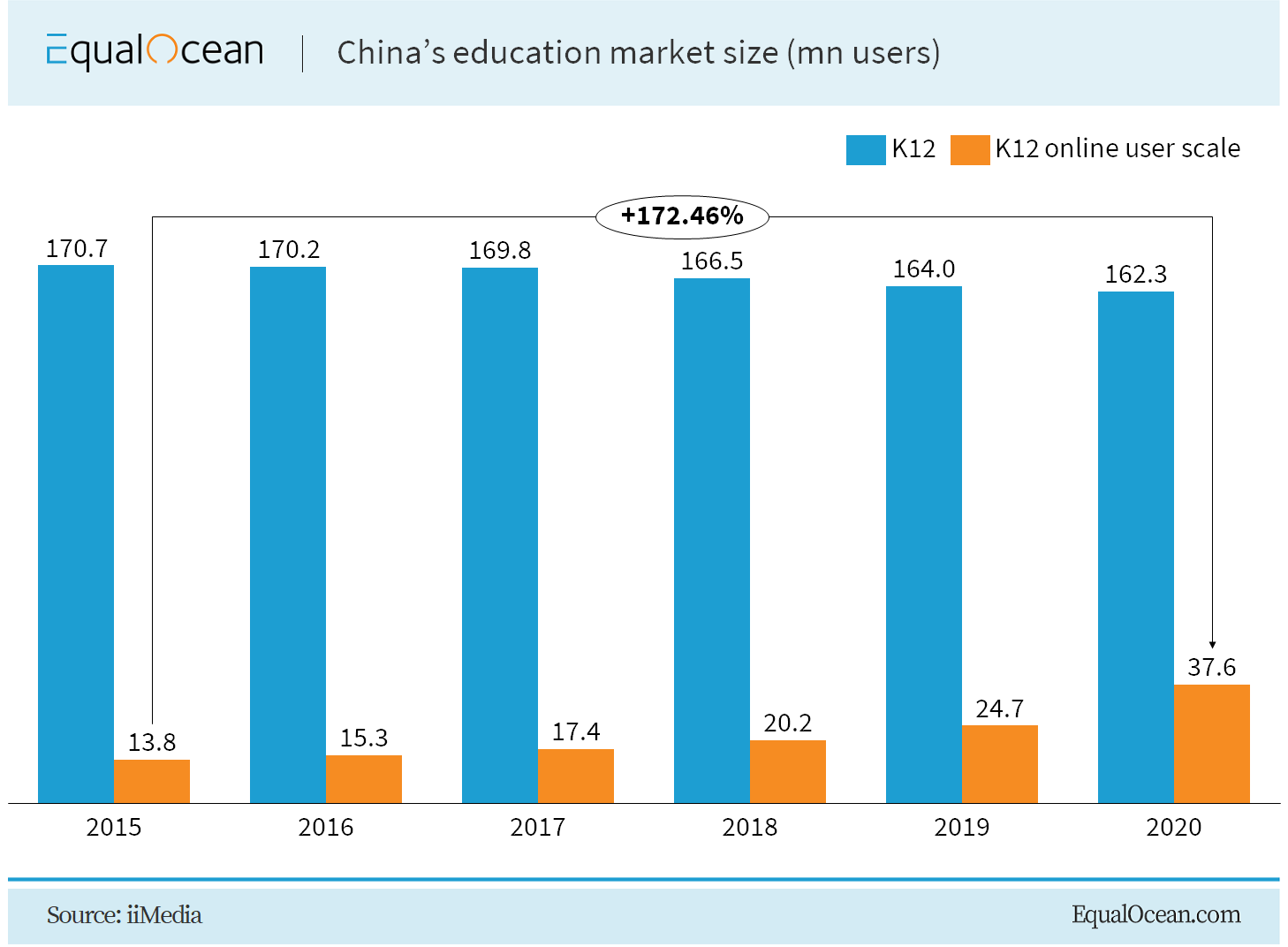 When it comes to the layout in the online educational market, we should delineate the basic boundary between the two distinct sectors, namely the 'to-B and 'to-C.'

To-B in this industry mainly consists of educational informatization and hardware. Unlike the sectors relying on content service, these two tracks play the role of intermediate coordinator. Both public and private schools, as well as educational institutions, need the support of such products for digital operations.

ByteDance entered the to-B market relatively late. It invested in 17zuoye, an online learning platform for students K-12, Xiaoyang Education, a pioneer in smart campus and cloud services in primary and secondary schools and edtech firm Fclassroom and acquired Xueba100.com's to-B business and some patent rights from Smartisan Technology, a Chinese multinational technology company. As a result, the company has served more than 3,500 schools, covering more than 5.7 million teachers, students, and parents by the end of 2020. However, its to-B business does not cover all areas, especially in Pre-K and Higher Education. On the contrary, BAT (Baidu, Alibaba and Tencent) are more well-prepared in this regard since they shifted their attention from to-C to to-B successfully: as a leader in online education, Baidu Educational Smart Classroom had covered more than 4,000 schools in 22 provinces and regions as of the end of 2020; while Tencent covers all areas, including solution platforms, educational hardware, and uniting various investments through its technological basis; Alibaba has provided more than 90,000 after-class schools with services such as security and management platform.

Overall, the to-B business is the main battleground for those tech giants. All of the leading players are competitive enough to grab a considerable market share, while none are prepared to wholly give up this big cake.

ByteDance seems to put more effort into to-C business. In March 2020, Zhang Yiming announced that he would go all out to enter education. The salary of Qingbei Online School teachers is not capped, and the number of recruits for the education business line has expanded to 10,000. However, Toutiao's online education business mostly failed in its to-C business during the epidemic. Also, most of the invested to-C companies haven't grabbed certain market slices to compete with Tencent in the to-C area. ByteDance is currently attempting to tap into offline education to achieve channel sinking by negotiating with K-12 training institutions in Jiangsu and Henan in March last year, but whether ByteDance will successfully integrate its online and offline to-C resource is still a question.

In addition, BAT also stumbled in self-run T-C business but achieved some progress in investments. As Baidu Education leaned toward To B business, Baidu Chuanke and other to-C businesses gradually lost support, but Baidu is the biggest shareholder of China's largest online education to-C platform Zuoyebang. Baidu also invested an undisclosed amount in an online education institution Qkids in its Series C1 round; Alibaba, meanwhile, has Taobao Education and once invested in Zuoyebang, with its Yunfeng portfolio in VIPKid, Babytree, Knowbox; Tencent also built Fudao QQ and Tencent Class, with certain investments into Meishubao, Yangcongxueyuan, VIPKid, Kaochong, Baicizhan, Peilian, Yuanfudao, Koolearn, Afanti, ABCmouse.