Starbucks China Region, a track that needed to challenge itself

As China's coffee market has become increasingly popular, Starbucks' status has been dangerous. This paper will go into detail to discuss the advantages and disadvantages of Starbucks in China. 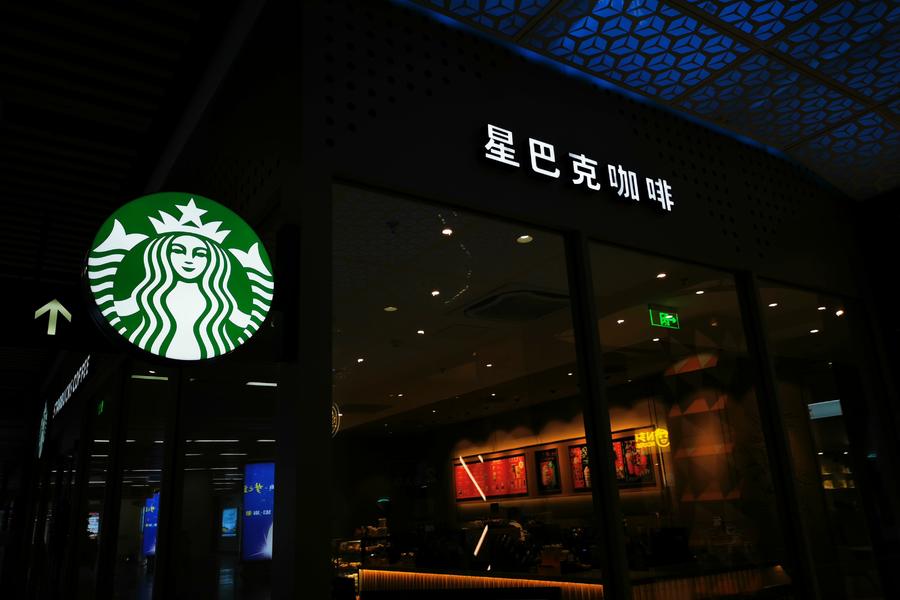 Starbucks opened its first coffee shop in Beijing, China, in 1999. As the first few coffee companies that entered the China coffee market, Starbucks has become the leader in this industry. After more than 20 years of its existence in the China coffee market, we believe that Starbucks has established a clear definition of itself. As mentioned prior, different from Starbucks in other countries, Starbucks in the China region has positioned its customers as the middle class as the majority. Mostly elites and business people in first-tier and second-tier cities are the targets of Starbucks in the China region. The stores of Starbucks are mainly on the first floor of shopping malls or the most visible spots in public. The location of the stores also indicates the target of Starbucks. As of May 2022, there are around 5600 Starbucks stores in China. With the rapid opening of new stores every year, Starbucks is the second-highest number of coffee stores in China. Starbucks used to be the first one, and was surpassed by Luckin Coffee last year.

We think that the varieties of products Starbucks is selling have built the cornerstone for the future development of Starbucks. People view Starbucks as a coffee store. However, more than 40% of the drinks sold in Starbucks stores are not coffee. Because a single type of coffee drink could not meet the long-term needs of its customers in China, especially under the competition with other coffee brands and new tea industry. In order to keep its original customers and attract more people, especially young people, the requirements of coffee to be diversified, fresh, unique, and fulfill different people's needs have become more and more important. Besides, Starbucks has maintained its revenue structure -3:3:2:2- since its establishment in China. In detail, 30% of the revenue comes from classic coffee drinks; 30% of the revenue comes from other drinks, such as pink drink, lemonade, and Frappuccino; 20% of the revenue comes from food sold in Starbucks stores; and the remaining 20% comes from peripheral products, such as bottles, cups, and bags. Starbucks designed its peripheral products by following the trend. For example, the series of cat claw cup launched in 2019 was a huge success in the history of Starbucks selling cups. People queued up all night, and even fought, to buy the cups successfully. Tmall sold out the cat claw cup series within 0.07 seconds after going online. Taobao's search volume of this series increased by 12,000% during the first release period. Take the series of the city-limited cup as another example, the idea of designing cups with local characteristics attracts local citizens in different cities to buy this series of Starbucks cups. Some collectors spent a huge amount of money to collect all cups for this series. We analyze that Starbucks takes advantage of the birdcage effect to earn more revenue from selling cups than coffee.

From our perspective, Starbucks has successful marketing strategies, especially in creating new hot topics. The examples of the cat claw cup and city-limited cup have already illustrated it. Moreover, Starbucks's hidden menu has provided enough space and joy for people to design drinks on their own. For instance, the combination of pink drink and salted cream topping can turn into a strawberry cheesefoam drink. The "gradient iceberg" is made of ice Americano, one raspberry syrup, and whipped cream. It has become usual for people to discover new drinks designed by themselves in Starbucks. In addition, the creation of a third space has built a perfect working environment. The third space refers to a social place other than home and office. Starbucks even provides comfortable seats, soft lighting, and proper air conditioning to provide a better environment. People enjoy working or having meetings in Starbucks. The combination of a computer, a cup of coffee, and a place to sit has become the standard and popular behavior.

A leading status with fancy products and skillful marketing strategies supposes to provide a smooth growth path for Starbucks. However, after analyzing the most apparent resources - financial data, we think Starbucks is experiencing difficulty or transition. From its latest financial report ending April 3, 2022, the operating income of Starbucks China market fell by 14% year-over-year in Q2 2022. The comparable store sale dropped by 23%, and the comparable transaction decreased by 20%. And this data is not surprising, because, earlier in 2020, this situation had already occurred. In the fiscal year 2020, the same-store sales of Starbucks China market dropped by 10%, from 30% to 20%. In the fiscal year 2021, the situation got even worse. The average customer unit price decreased by 2%. The same-store sales in Q4 2021 decreased by 7% year-over-year. 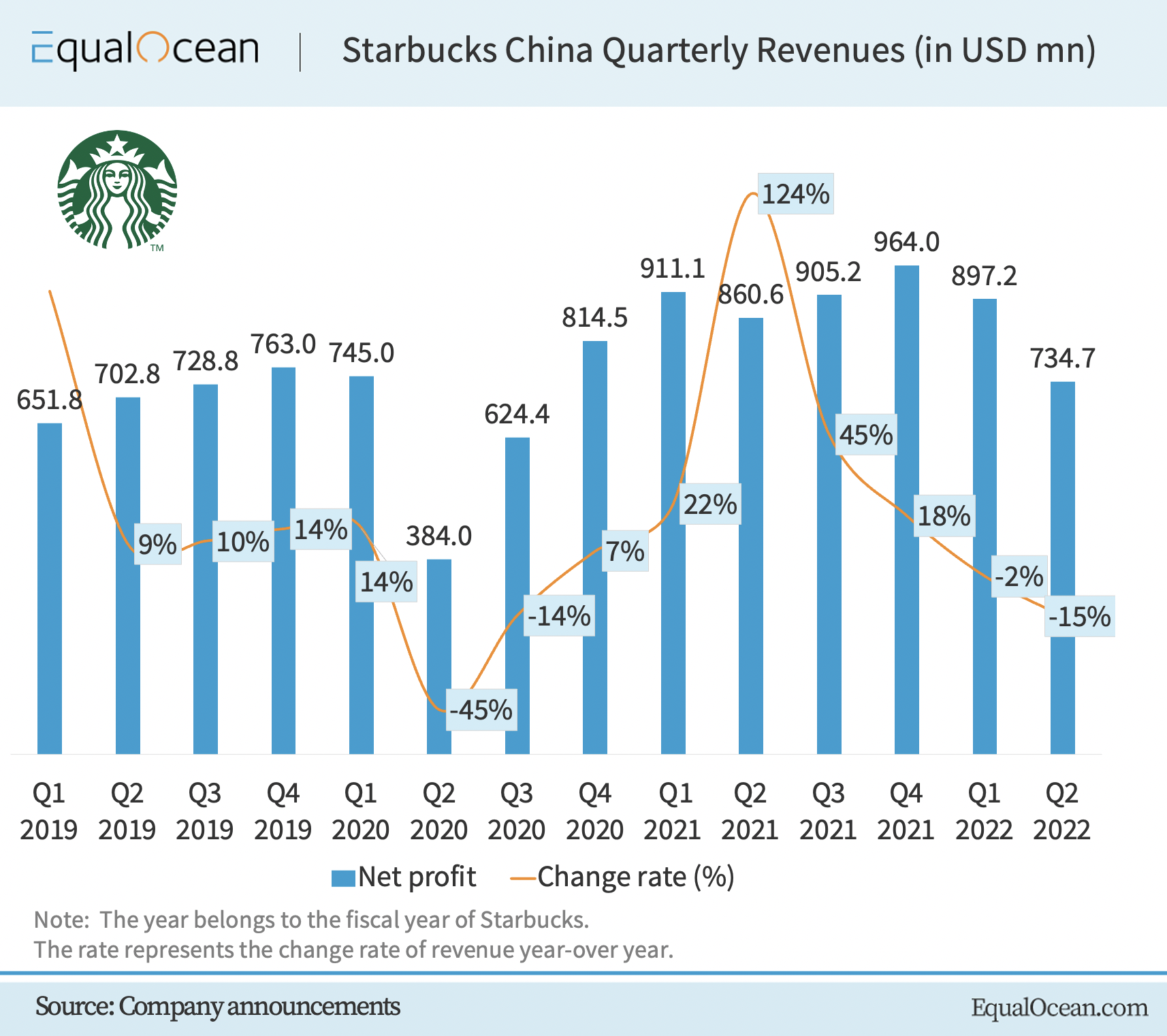 We think COVID-19 undoubtedly dragged down the performance of Starbucks China region. Because during the lock-down countrywide in early 2020, stores were restricted from opening. And with no operation, Starbucks could only lose money without any income. Local stores needed to pay rents, salaries, and others. Even though the lock-down was lifted later, the offline business has continuously experienced a hard time, due to restrictions from the government and management office of the entertainment, and panic by the public. As a well-known example of offline businesses, Starbucks could not escape from this as well. The recurrence of COVID-19 also delays the recovery of Starbucks' business. As mentioned by Starbucks officials, 72% of cities that Starbucks covered were impacted during Q1 2022. The macro economy of China was depressed. People tend to spend less and save money. Some people would even think that drinking Starbucks is optional. Rather than spending CNY 40 on a drink, they would prefer to save the money for other uses.

We conclude that not only COVID-19 has caused the bad sign of financial data for Starbucks, but also the existing problems of Starbucks also contribute to this situation. Firstly, the food safety issues have not been resolved. In December 2021, food safety issues were found in two Starbucks stores in Wuxi, China. They used expired ingredients, mixed the towels of trash cans and coffee machines, and sold overnight bread. And importantly, one month before this, Starbucks was given an administrative penalty for selling expired mooncakes. And after the Wuxi stores' penalty, Starbucks was exposed for finding live cockroaches in the drinks in March 2022. Then till recently, this food safety issue has still existed. On June 6, 2022, Starbucks was also exposed to paying the penalty for expired coffee powder. Secondly, the staff should be better educated to avoid doing things that damage the company's reputation. For example, on February 13, 2022, a Starbucks store in Chongqing, China, drove away several police officers eating outside the store and said they were influencing the brand's outlook. After this incident was released through social media, the public was angry with Starbucks staff's behaviors and Starbucks officials' reaction towards this incident. A similar incident happened earlier in Chifeng in August 2021. A staff from Starbucks also drove away several police officers who were eating in the store. There was no explanation or apology from Starbucks. These successive incidents and the reactions coming with these incidents have had a huge influence on Starbucks. Thirdly, the prices of Starbucks could also be another cause for the decrease in sales. In February 2022, the prices of many beverages, such as Americano and Latte, have increased by CNY 1 to 2 compared with the previous ones. The highest drinks even exceed CNY 40 per cup. Under the condition of decreased prices of its competitors from the China coffee market and new tea industry, Starbucks' action of rising prices has brought complaints from its customers. 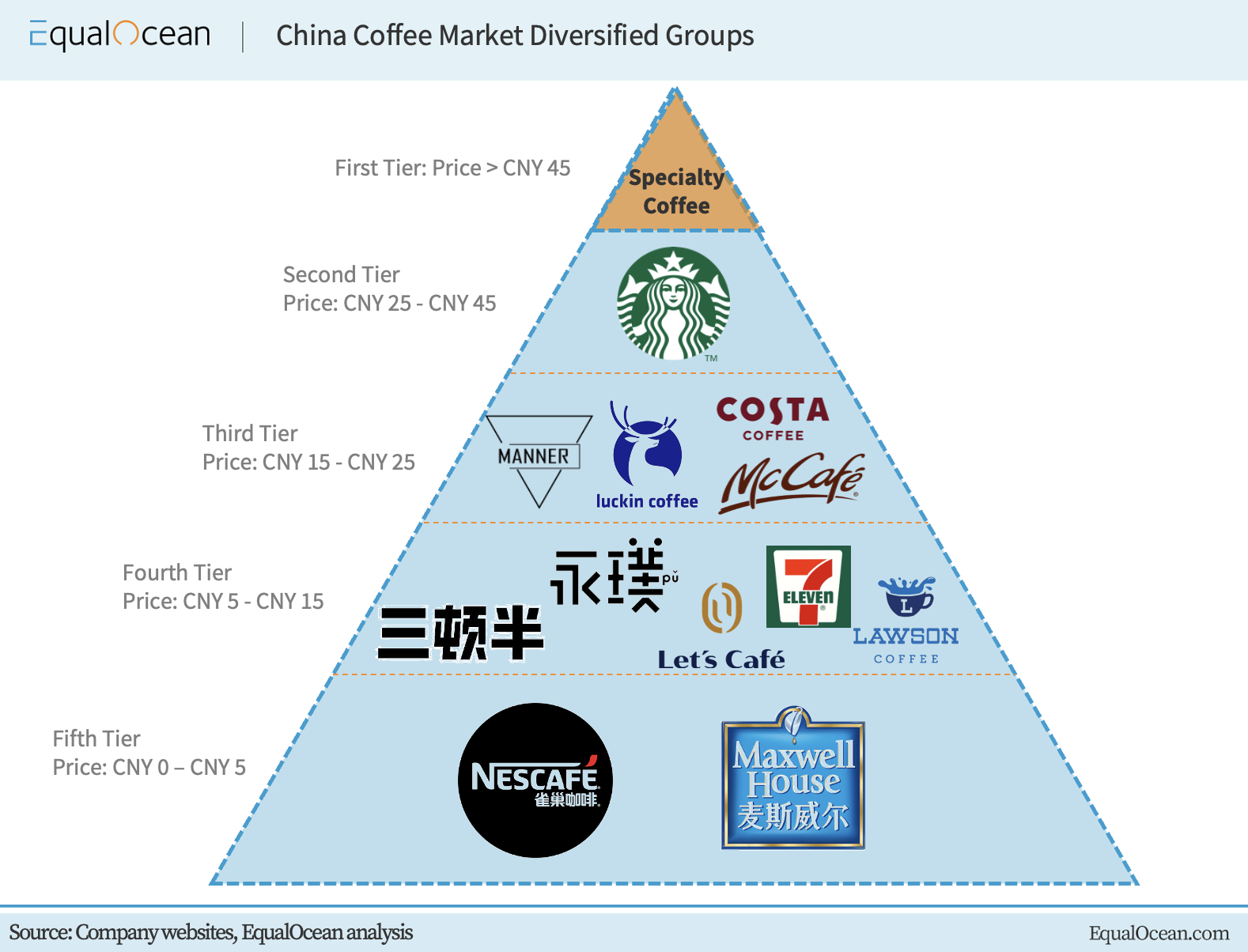 Going online is the key

In conclusion, we believe that the problem that Starbucks is facing right now is breaking through itself. The food safety issue has continuously occurred, creating anxiety among its customers. The incidents of treating people differently could cause social antipathy. Especially after the trade war, the citizens in China are more and more sensitive toward anything related to the United States. Starbucks, a company originating in the United States, should be more careful about its brand functioning in China. And also, even though Starbucks targets the middle class and business people, similar incidents could destroy the company's reputation. Moreover, as its financial data indicated, Starbucks has not recovered from COVID-19. Even though Starbucks is providing deliveries, the offline service is still the majority revenue source. Starbucks raised its prices at the time that they did not solve the public relations issues mentioned above. Meanwhile, its similar brands are dropping their prices of drinks.

We suggest that Starbucks could maintain its advantages, such as providing a third space for its core customers. Starbucks could also continue to make revenue by creating new hot topics. The Web 3 “third space” and NFT seem to be the next trend for society, and a suitable new hot topic. As there is no actual competitor, with a clear business position and better customer services, Starbucks can turn back to normal quickly and easily.  Even though Starbucks is now offering delivery services through other platforms, such as Meituan, there is still plenty of room for Starbucks to fill in the online service. As offline business is getting harder and harder, we think a transition to a combination of online and offline services could be done. Similar to what Starbucks is doing in the United States, Starbucks in China region can also simulate it and make the order process easier. Customers could choose to either enjoy the third space and drink inside of the store, or take the advantage of easy pick-up service and save time. With more flexibility towards customers, Starbucks in China region has more potential to gain more loyal customers.