Starting in May and for the next five years, the company will operate a fleet of 100 vehicles on the streets of the Nansha district of Guangzhou 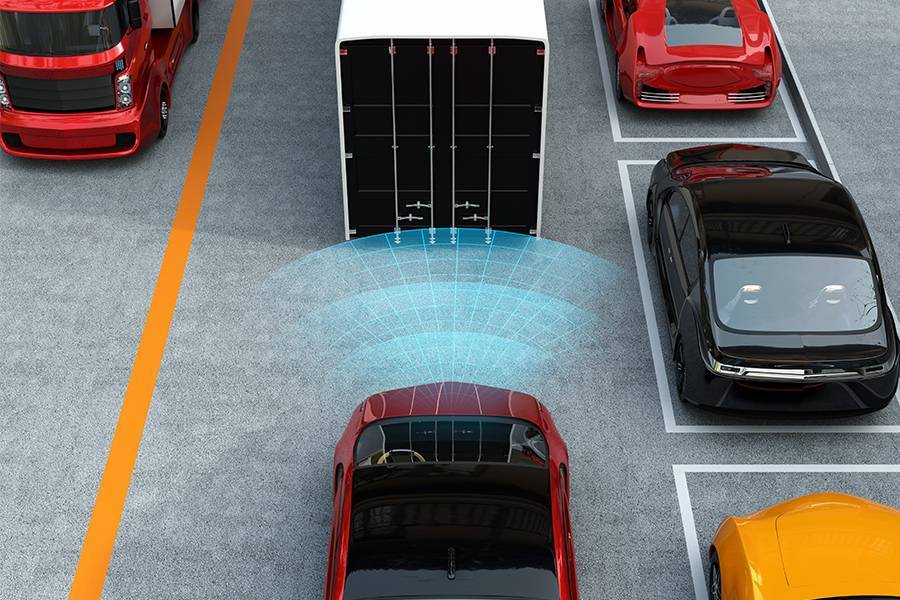 The full-stack autonomous solution startup has made the monumental breakthrough in being China’s first robotaxi operator. In the process of automating vehicle fleets, China was ahead of the game by providing abundant national investment into EVs and battery technology research early on. The proliferation of hybrid vehicles was followed by further government subsidization to accelerate adoption. Subsidies are being phased out this year despite supply chain barriers and now robotaxis will hit the road. China remains steadfast and successful as their new star companies now seek to expand worldwide.

Several cities in China have allowed autonomous vehicle companies to trial their self-driving vehicles on the road without a human safety operator in the driver’s seat. The technology has been refined up to the point where companies can finally run their service fully driverless. “Fully” implies that there must be a safety operator present in the front of these taxis. Permits issued by the head office of Beijing High-level Automated Driving Demonstration Area will allow Baidu to also deploy 10 of their driverless vehicles in Beijing joining their preexisting Apollo Go fleet of about 100 cars in the capital city. These permits are monumental in not only China’s commercialization but the US and Europe as well. California already allows GM’s AV subsidiary Cruise to operate their AVs from 11pm to 5am. However, their driverless service has been limited to certain areas and streets within the Haight-Ashbury, Richmond District, Chinatown and Pacific Heights neighborhoods. Pony.ai plans to expand its footprint into a couple of other Tier-1 cities in China next year and to even more cities after. They have ambitious mass commercialization planned for around 2024/2025. The company was founded in 2016 having grown from a software startup to its current advanced vehicle development. Reported in early March this year, the AV pioneer secured series D funding bringing their valuation up to USD 8.5 bn. Pony.ai's balance sheet will now have close to USD 1 bn in liquidity. The valuation expresses pony.ai’s tremendous progress two years after a Series C and C+ round in 2020 that valued the company at USD 5.2 bn. CFO of Pony.ai Lawrence Steyn had said in a statement that "This significant uptick in valuation is a reflection by our partners of our delivered results over the last year and our very specific development milestones for 2022. Our company has always been well funded, and this round funds development at Pony.ai several years into the future - in fact, we believe, up to the window for our anticipated launch of mass commercialization."

Another notable accolade is Pony’s most recent partnership with GAC’s ride-hailing app Ontime. The deepened partnership will integrate Pony’s virtual driver technology into GAC vehicles used by Ontime. Ontime expects to launch its fee-charging robotaxi service in Guangzhou during 2022. Riders will be able to request Pony.ai autonomous vehicles through Ontime’s app as well as through Pony.ai’s own PonyPilot+. Ontime already operates in the cities of China’s Greater Bay Area, such as Guangzhou, Foshan, Zhuhai, Shenzhen and Dongguan but the program will start specifically in Nansha. Pony.ai is also investing in Ontime’s Series A financing. Pony.ai already has partnerships with leading OEMs, including Toyota and FAW Group.

In the US, the National Highway Traffic Safety Administration (NHTSA) said it will review whether Pony.ai complied with government reporting requirements for driverless crashes. Notable competitor Tesla Motors has also been flagged by the NHTSA for investigations into their crashes. A video went viral of a Tesla vehicle crashing into a multi-million dollar private jet after its owner tried to "summon" it with an automatic parking feature. Bad sentiment will continue to be emphasized as the new technology is bold and will take time to properly evolve. Though the US is still behind in expanding AV services, China continues to learn from any mistakes and push further ahead.

Nuro, a California-based autonomous vehicle firm, was the first company in their native state to receive all of the necessary permits to operate a driverless system commercially. California is one of America’s most progressive states and is a keystone market to breaking through in the country with EV technology. Recently, in January of 2022, Nuro introduced the third version of their autonomous, zero-occupant last-mile delivery vehicles. As it enters pre-production with the help of BYD North American, Nuro hopes to manufacture the first zero occupant autonomous vehicle produced at scale within the year. Nuro became the first company to receive an autonomous exemption from the National Highway Traffic Safety Administration due to the fact that its vehicles are designed to carry goods and not humans.

To an extent, a victory for one AV company is really a win for all. It offers a sign of hope that the roads will only continue to evolve and become more AV friendly. As regulation becomes more standardized and achievable, competitors will rush to meet such standards. Though Nuro and Pony have trailblazed reaching a first-mover advantage, they must maintain their small stake at the front. Already an EV OEM titan, Tesla also reached a deal earlier this year with Hertz to provide car rentals, a precursor to commercialization. At Tesla’s Cyber Rodeo event last month, CEO Elon Musk announced that Tesla is working on a new vehicle to act as a dedicated robotaxi. The crowd is clearly gearing up to catch up.

Competitors like Inceptio, Zoox, Argo AI, and Waymo either have quite low miles driven under autonomous systems or are specialized for robotrucking or even food delivery. Legacy automotive firms are relying heavily on these startups to propel their vehicles to the forefront of the EV transition. Tesla is the de facto leader of AV since Tesla autopilot has so many miles trailed in the beta version for regular Tesla owners. Nonetheless, China is setting in motion the next fleet of their roads legislatively. With Pony.ai and Baidu leading the way, the heads of state in China will indiscriminately propel the fittest survivors of the crowding AV and EV markets. Tesla will bite a big chunk of that space soon enough. For now investors should pay close attention to how the new licensing plays out and how other nations will follow suit.