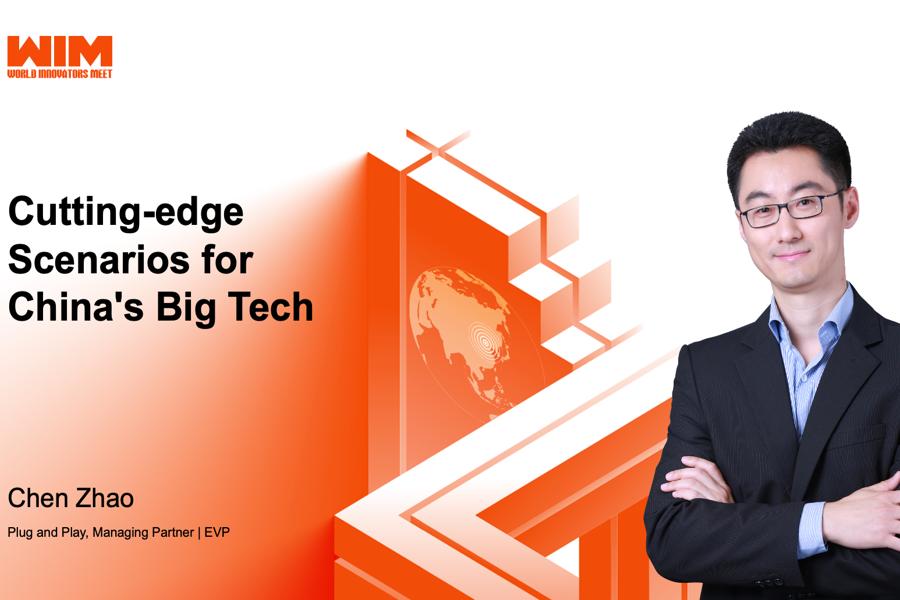 China's business system operates in the so-called 'startup economy' era, where large corporations and state-owned entities solve new challenges by cooperating with specialized startups. Instead of utilizing sources and massive systems of their own, large businesses in China chose to invest in and lock up long-term contracts with lightweight players.

Chen Zhao is the managing partner at Plug and Play and is currently spearheading Plug and Play Tech Center's startup accelerator and investment activities in China. He has led and participated in investment and cross-border acceleration of over 100 startups in China and the US, including Hexaflake AIGPU, Flexiv Robotics, ZifiSense, Authing, Xpower, Archifiction, Zhen Robotics, Yours Robotics, NRJ Nano Tech, King Weather, Woobo and AutoX.

Along with the increasing average labor cost and the slowing down of overall economic growth in China, digitalization and automation become crucial to quantify a company's performances, reduce expenditures and enhance the overall effectiveness of the manufacturing system. Plug and Play extracts vital focus areas of the digital and intelligent factory scenario by working with clients from various sectors. 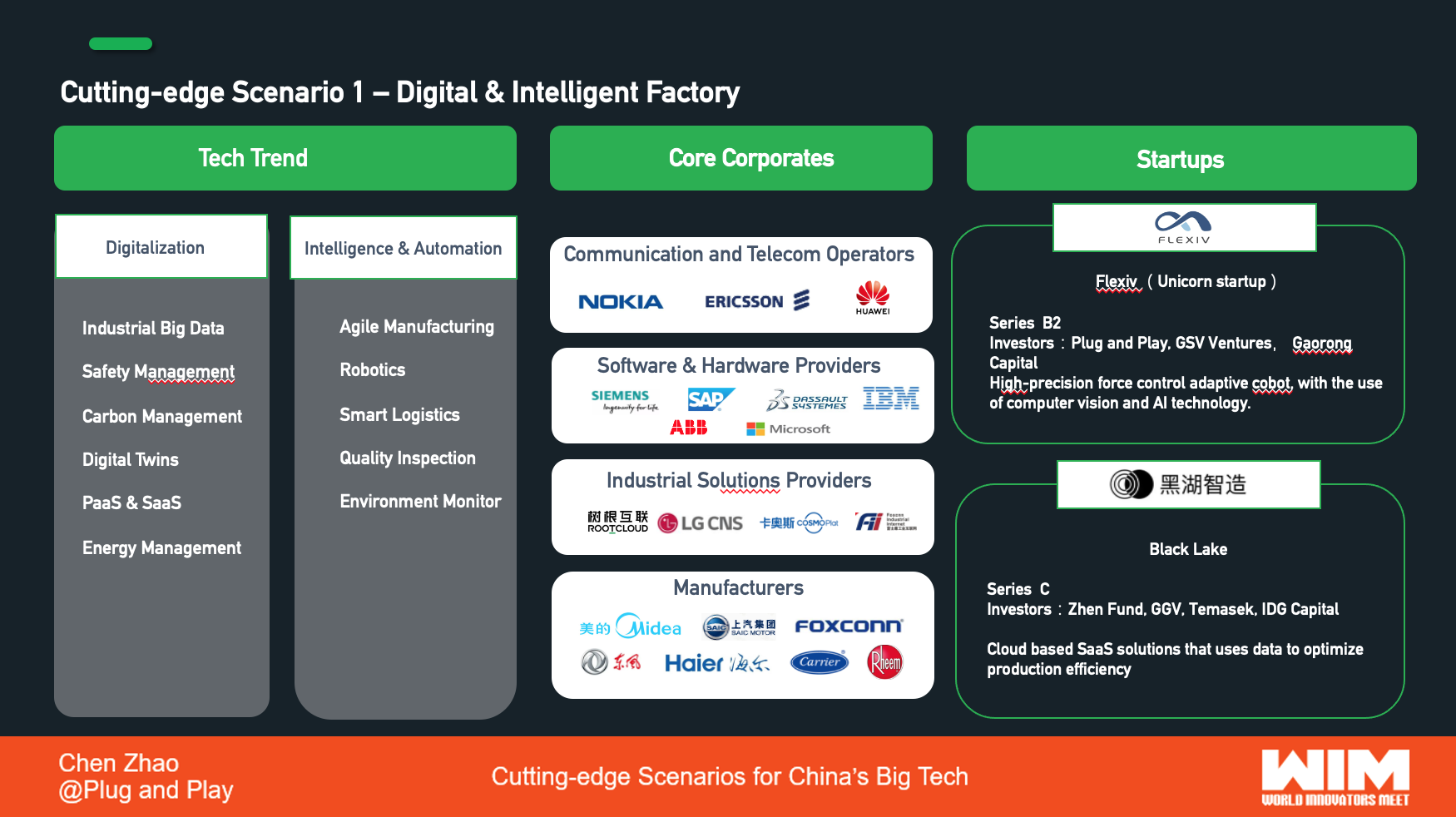 Big corporations in the building and infrastructure industry look for solutions that provide space optimization, energy efficiency, cost efficiency and labor safety. China's carbon-neutral and pro-environment policies also significantly guide and restrict businesses from the technologies they use.

Metaverse is a hot buzzword standing for a collection of entertainment technologies and other relative concepts such as decentralized finance (DeFi). As the next-generation upgrade of big entertainment companies, firms like Sony, Tencent and Baidu are actively looking for partners with the following tech trends. 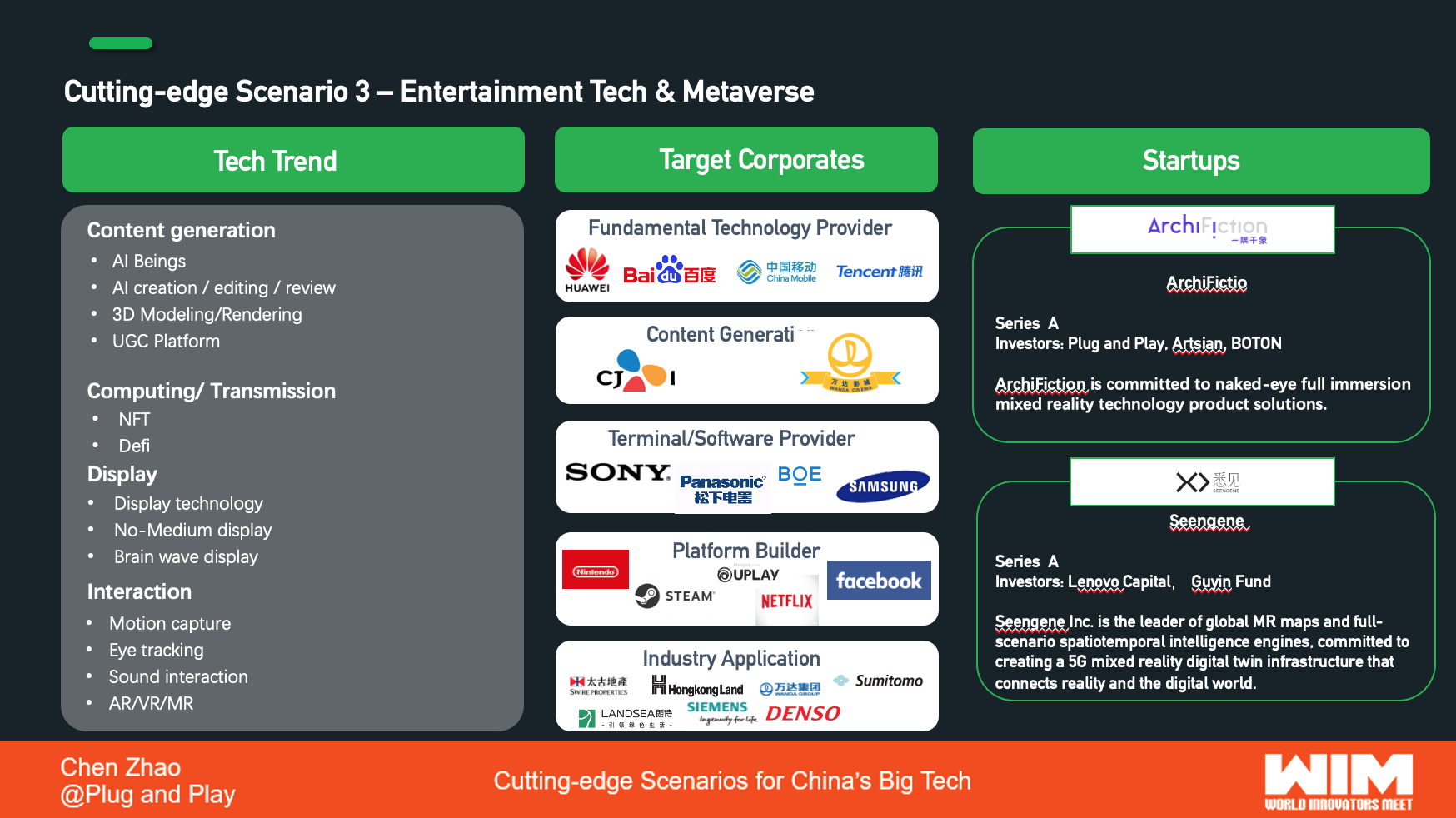 This is another scenario closely related to China's carbon-neutral strategy. Big vehicle manufacturers are not the only group that favors the category; logistics and supply chain companies also retain close interest. 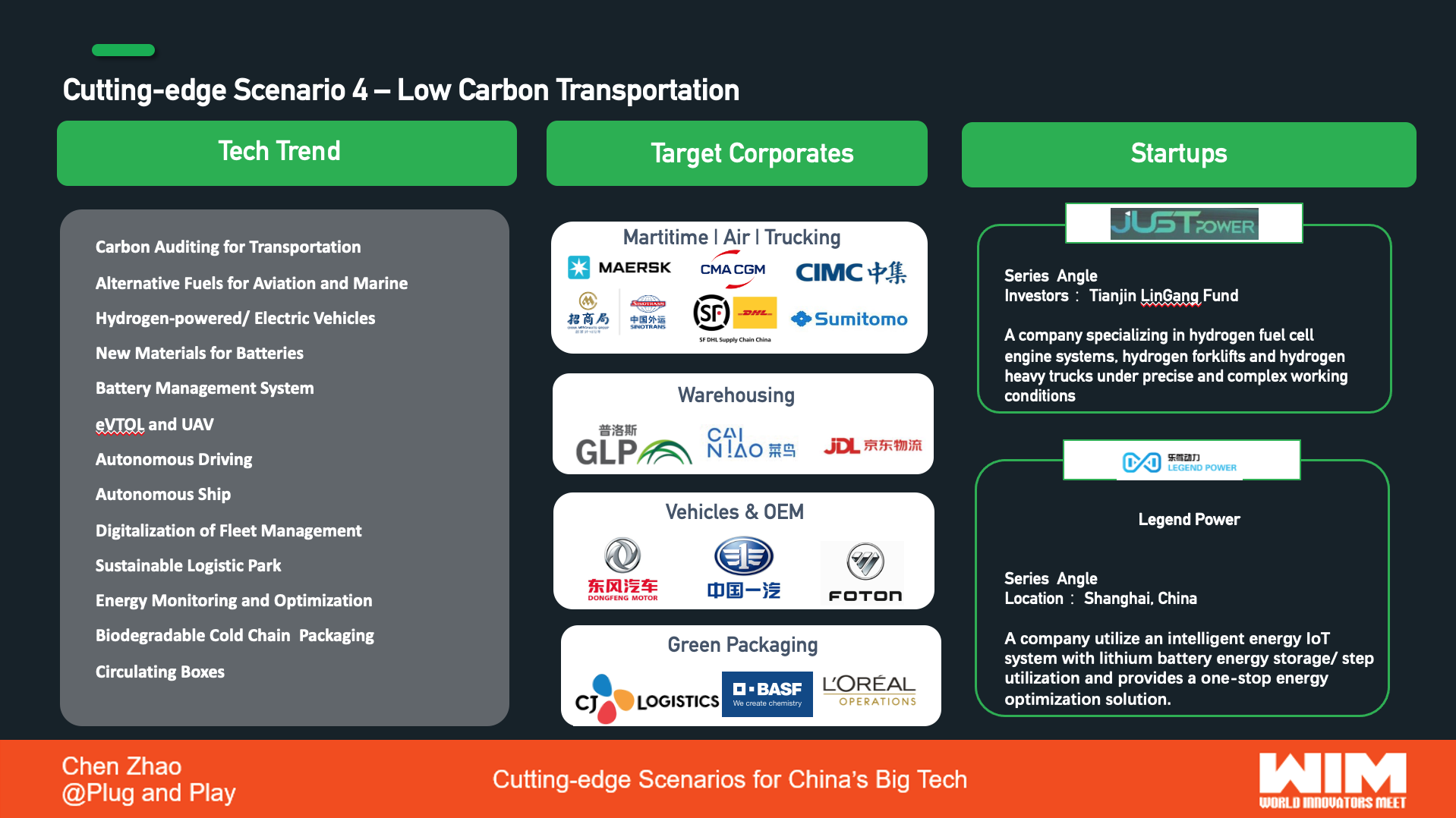 The ex-head of Y Combinator in China, Lu Qi, has publicly expressed his excitement in the EV ecosystem more than once. Yet he is not alone; through Chen's presentation, companies from entirely different industries started to set strategies to seize the future market share of the EV ecosystem.

"Although telehealth has been widely adopted in the US and other countries, China is still at a fast-growth stage, both quality- and quantity-wise," said Mr. Zhao. Not only telehealth, policies and capital in China have been accelerating digital and intelligent healthcare since 2020.

For Chen Zhao's slides and presentation recording, please subscribe to our weekly newsletter: we will be sending them out in the following weeks.