Here we present some key insights from Tellimer's Rahul Shah at the recent EqualOcean event. 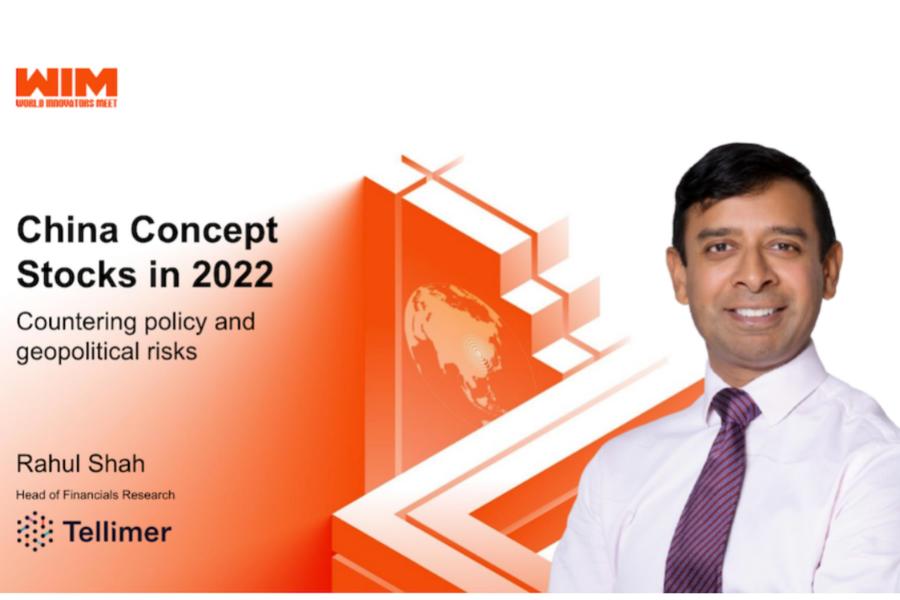 China, the fastest-growing trillion-dollar economy, has long been in the limelight of global investment. Although 2021 seems not to be that positive, with policy uncertainty and geopolitical tensions taking a lot of the blame, the long-term upside is still enormous.

On December 9, 2021, at the 'Investing in China' Summit, a part of EqualOcean's World Innovators Meet (WIM2021), Rahul Shah voiced his views on what China-focused global investors should do next, providing two potential strategies and four key structural trends to guide investment for the coming 2022.

Rahul Shah is Head of Financials Research at Tellimer, the emerging markets-focused research house and technology platform. Together with his global network of colleagues, he writes on the key themes that are defining the emerging markets' investment landscape. Rahul has close to 25 years of investment research experience and previously worked at Credit Suisse and Deutsche Bank. He has degrees from the University of Cambridge and London Business School and holds the FCA, CFA and CAIA charters.

"China is the second-largest economy in the world," said Mr. Shah, "that's a key reason global investors should increase their exposure to China." With a GDP of USD 14.72 trillion in 2020, China makes up 18.33% of the global economy; some experts expect China to become a USD 20 trillion economy by 2024. Despite such a rapid growth of the real economy, there is, according to Mr. Shah, still much growth potential for China's equity markets from a structural perspective. 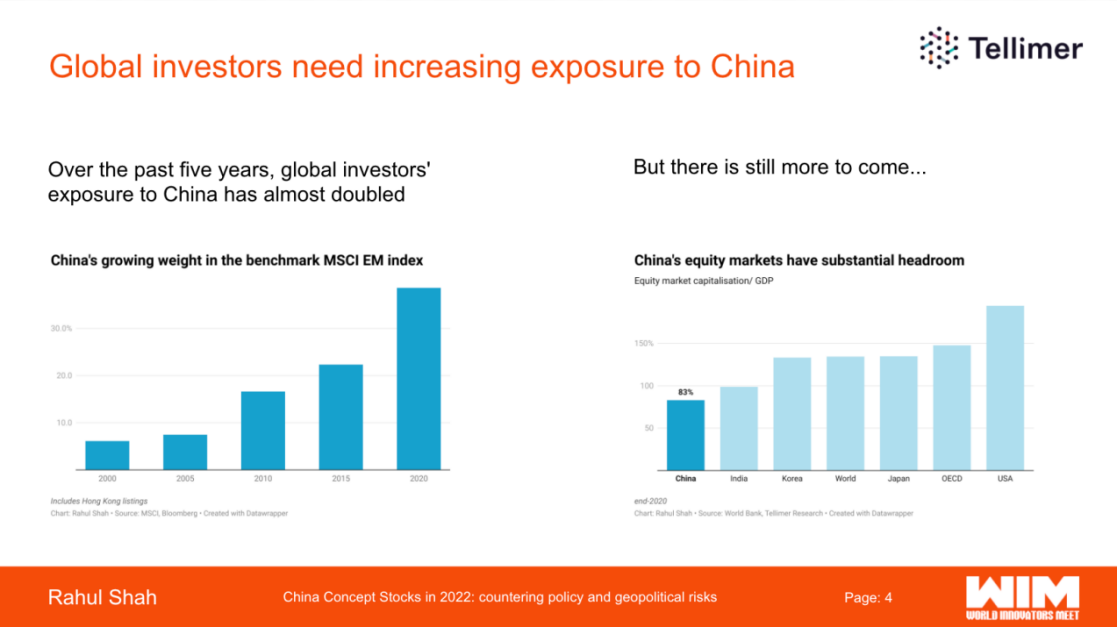 Another point Mr. Shah denoted is that "China is now an extremely sophisticated economy; it is no longer just a low-cost producer; it is actually a high-quality producer. [...] In last 20 years, the country's economic complexity ranking has improved from the 39th to 16."

"When we look at the 20 products that the Atlas said are most complex, China is already a top 5 player on average. [...] It's not that China doesn't have the expertise, it simply [because] that China is also has put a big weight on lower-tech areas. [...] As China transitions away from those areas, the ranking should actually increase." He also expressed his confidence about the probability of that taking place. 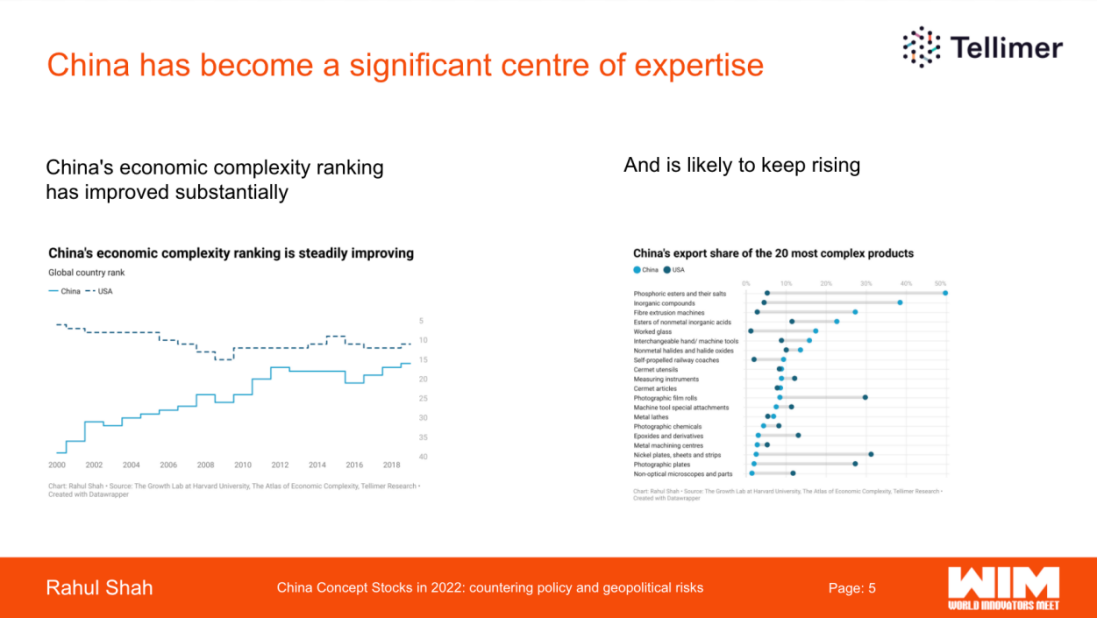 "Obviously, 2021 is not a good year for investment in China. Actually, the performance may perhaps turn out not to be a disaster, but relative to what has happened in other markets, China has been massively underperforming," said Mr. Shah.

"The main reason is the policy concern since new regulations have been announced across a wide range of sectors; this may make it difficult for investors to project the future."

"If we look at ADRs, that has been disastrous. I think on average, ADR investors lost more than half of investment value since its peak in February. That reflects more geopolitical risks, [...] that's basically the US and China continuing to seize each other up. And unfortunately, these ADRs are caught in the crossfire." According to Mr. Shah, since Didi announced their delisting from NYSE, "other ADRs would follow soon." And since the tensions between the US and China are likely to remain forwards for some time, ADRs investment will remain difficult. 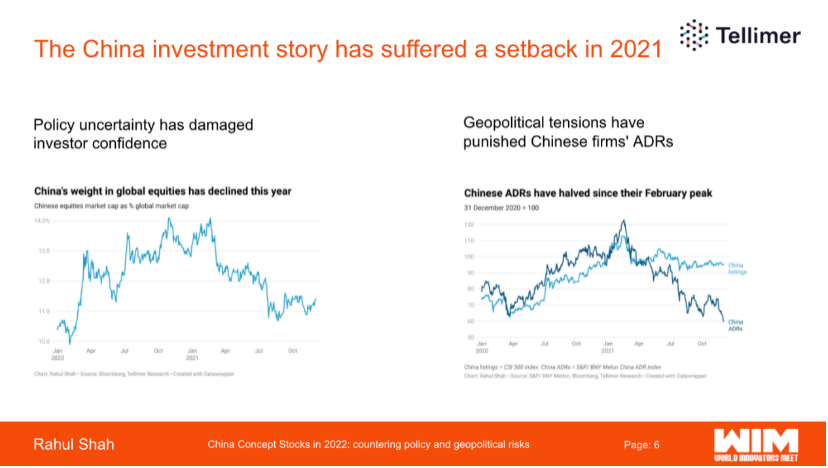 Mr. Shah referred to the fact that investment in China is "a long-term trajectory" and highlighted in the last part of his speech four structural trends, in his view, worth investing in: 'technology leadership,' 'military spending,' 'domestic consumption' and 'aging demographics.' Follow our research for more insights into these spheres. 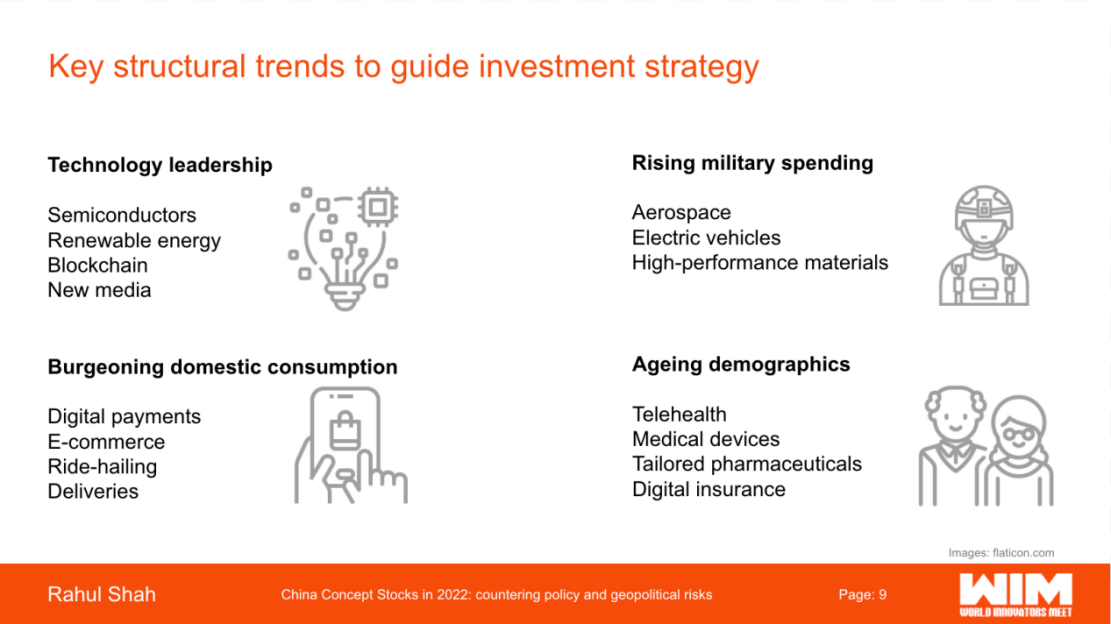 "As an interim step, Hong Kong will be a big winner in this China-US tension, but in the long term, it will still be the mainland that will attract investors' interest."

For Rahul Shah's slides and presentation recording, please subscribe to our weekly newsletter: we will be sending them out in the following weeks.

CONTACT US
Scan QR code to contact us for professional consulting services
Next article
WIM2021 Recap | VC Angle: Trends to Watch in 2022