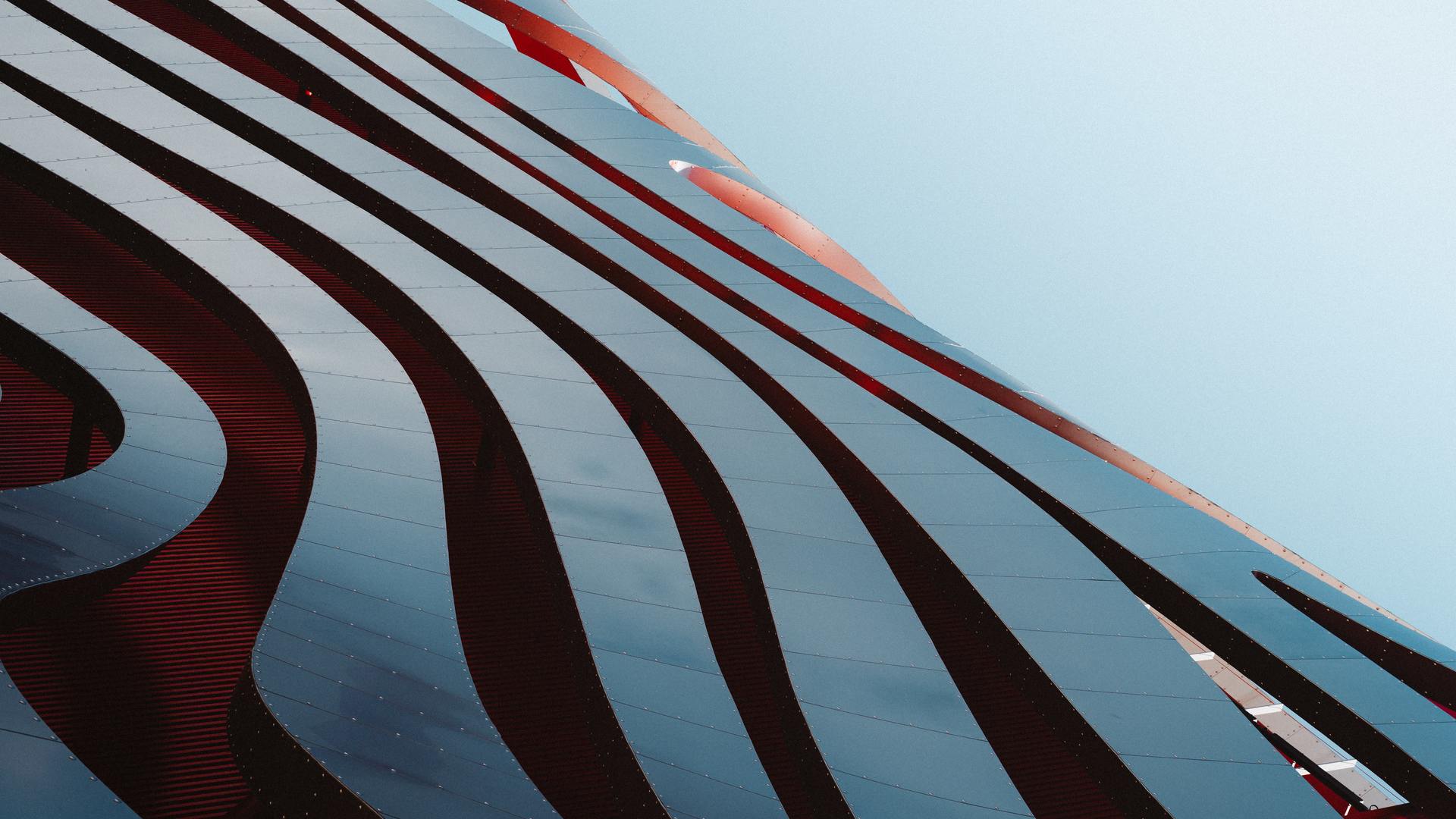 Seeing a lot of progress, the country, however, is yet to avoid the guns-and-butter situation, serving the global industry primarily within the capital and labor-driven realms. 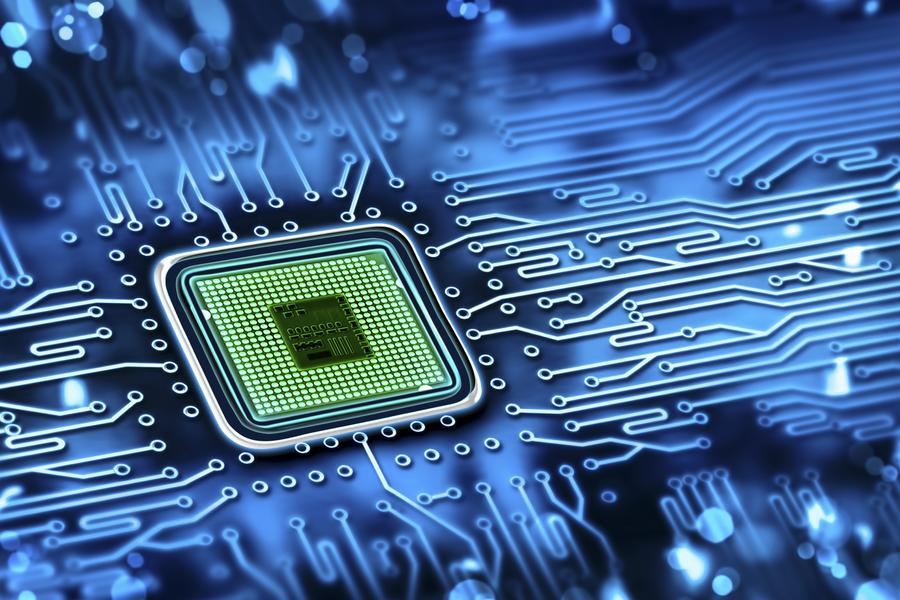 A substantial share of industrial production today is taking place in developing countries. Goods are produced in genuinely global chains: they are often designed in one country and manufactured in another, with parts and components originating in third countries.

The semiconductor industry is an epitome of a global supply chain. It is known for its complexity with multiple tiers of suppliers located in different regions. Such a setup increases productivity and enhances specialization within the industry but makes the chain quite volatile, with key players depending on each other.

This article focuses on the Chinese semiconductor sector, from the market outlook to the government's policies. We analyze the country's recent progress by comparing its presence in the global semiconductor ecosystem in 2015 and 2020.

China's chips in 2015: insignificant across many links

On the R&D side, the US-based companies held up to 85% of the global electronic design automation (EDA) market and around 45% of the chip design segment, while accounting for less than 20% in the parts of the chain where R&D is secondary. On the other hand, even under the assembly, packaging & testing, the most labor-driven part of the supply chain, China could only take 12% of the global market. 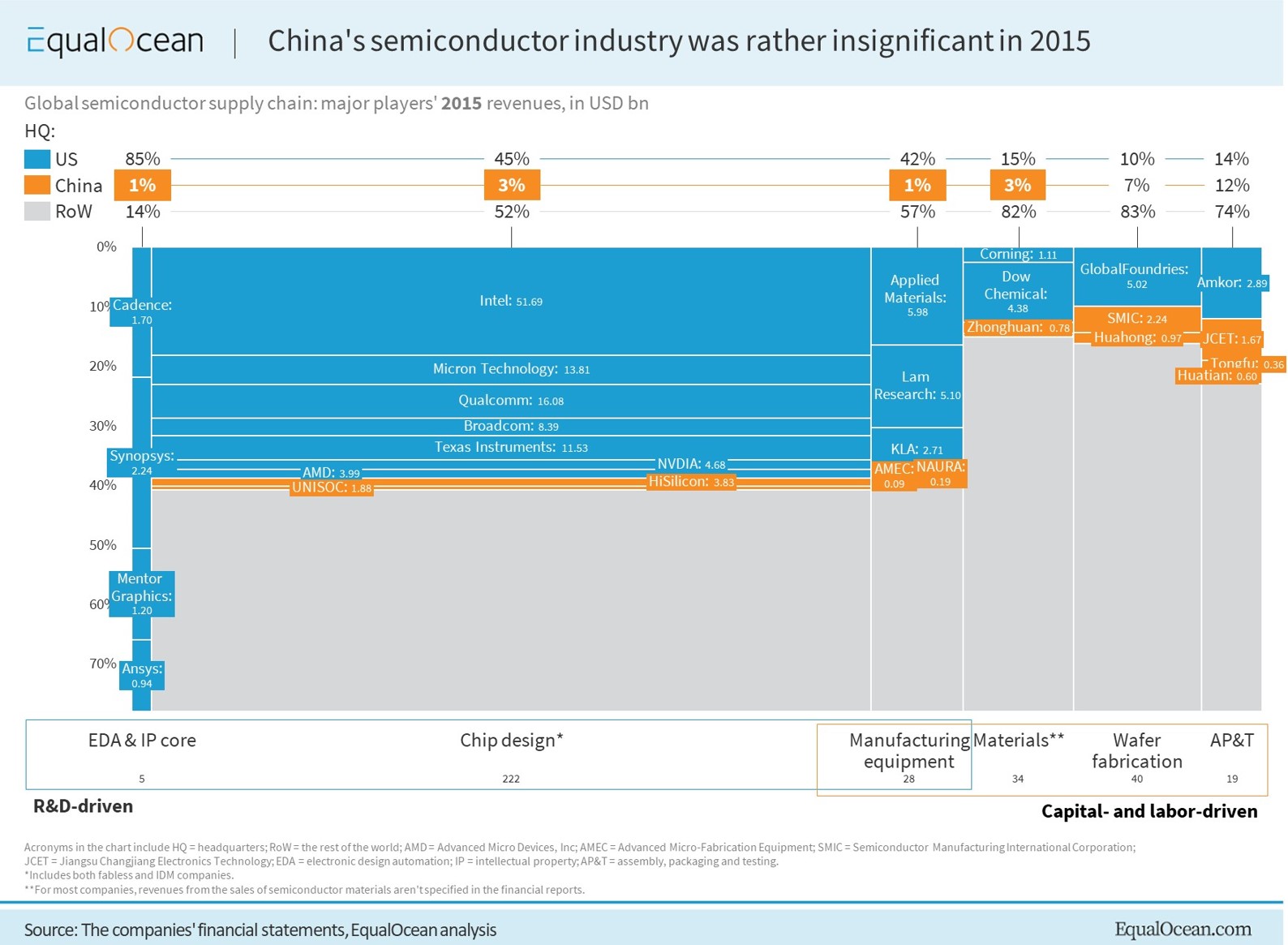 Being the world's largest consumer electronics market, China is incomparable in demand for such products. Yet, its ability to produce the essential inputs for its consumption has long remained constrained. With the increasing IC trade deficit, China released the 'Made in China 2025' strategy, which was played down in 2018 as many have accused the country of creating an unlevel playing field for foreign technology companies. Later on, however, China still proceeded with extensive tax reliefs and exemptions for local chipmakers. That all came along with the state's financial support (for one, through the 'Big Fund') aiming to change the 'world's factory' status to a 'technology-intensive powerhouse' with home-grown innovation. Since then, China has seen some positive results.

In 2020, the US kept dominating the semiconductor supply chain's most innovation-heavy links, with a slightly lower share of the EDA market but became more prominent in the design segment. Furthermore, the country also increased its capabilities in wafer fabrication and assembly, packaging & testing to strengthen the local supply chain. 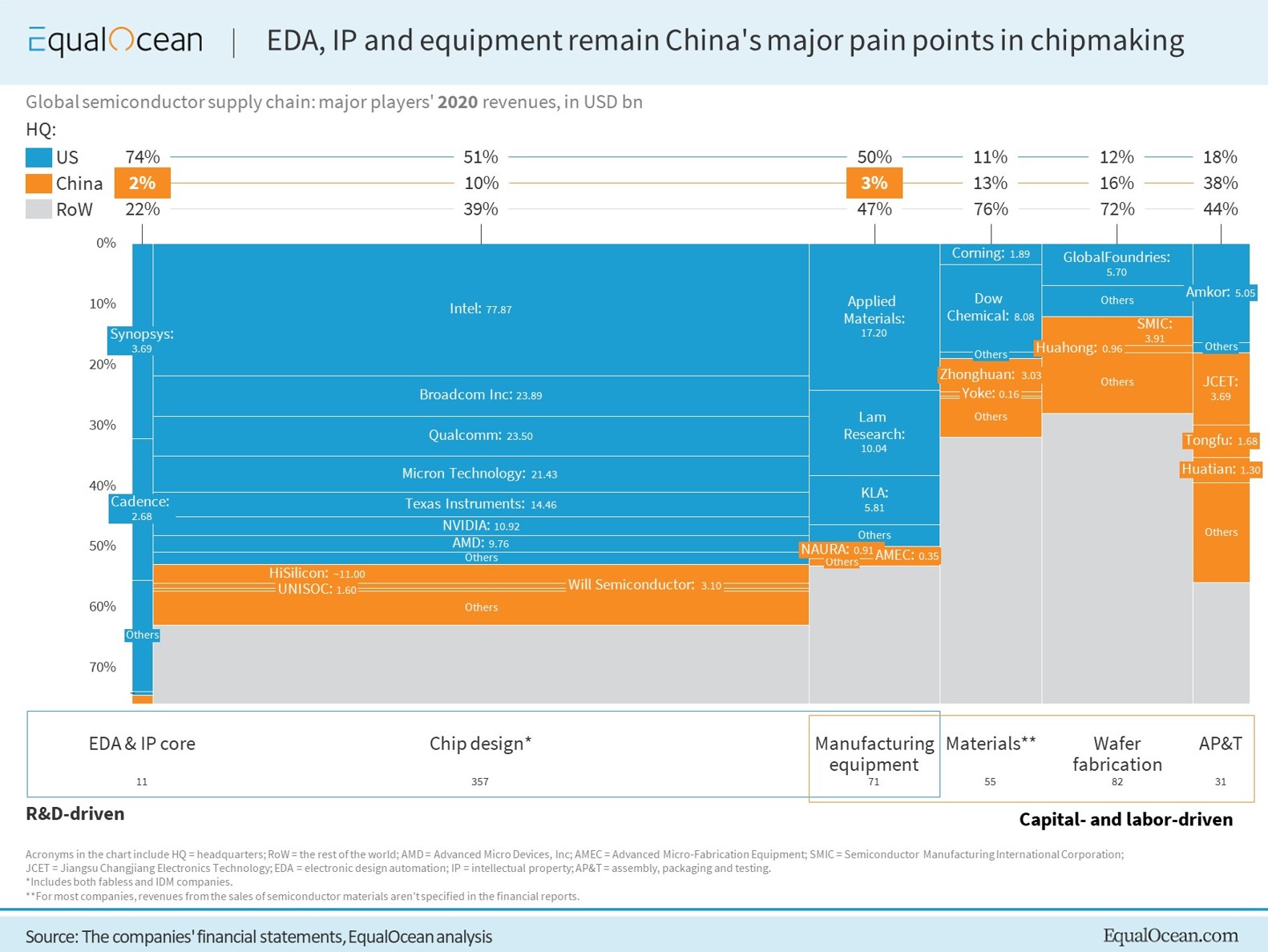 China, in the meantime, has made impressive improvements across the whole supply chain, building up its own semiconductor ecosystem at some process nodes in just five years. The trade restrictions posed by Washington in 2019 have been bolstering the home-grown innovation. The local consumer Internet giants are also getting into the chips game by either investing in emerging startups or launching in-house projects in the space.

From 2015 to 2020, the global semiconductor industry market grew from USD 342.7 billion to USD 440 billion. SMIC, a China-based tier-1 foundry, generated revenue of USD 3.9 billion in 2020, growing at a 12% CAGR from 2015. Chinese semiconductor design firms held an impressive 16% of the global fabless market in 2020, according to the Semiconductor Industry Association (SIA). Despite the existing technology restrictions, Huawei, HiSilicon's parent company, doubled its revenue from USD 60.8 billion to more than USD 136 billion from 2015 to 2020.

Along with the ever-changing downstream demand for more advanced components, the R&D expenses and COGS soared drastically industry-wide. This caused the market concentration to increase. According to the semiconductor market research portal IC Insights, the world's five largest chipmakers accounted for roughly 43% of the total chip sales in 2017, increasing 10 percent from a decade before. In the earlier years, the US outsourced labor-intensive activities to Asian countries for the lower labor costs to increase profits. However, the global chip shortage, security concerns, and geopolitical tensions drive the US to bring manufacturing home.

Meanwhile, China is trying to achieve semiconductor self-sufficiency as well. Moore's Law's slowdown, the US' global technology protectionism, and the mainland government's massive support – all grow the country's chances to catch up with the States in a few years. Today both economies are still dependent on each other. And while in some other industries this dependence is somewhat intertwined, the chipmaking business is a rather guns-and-butter case: the US still relies on China for low-end devices since its domestic manufacturing capacity falls short, while China needs US-originated technologies to build its own.

CONTACT US
Scan QR code to contact us for professional consulting services
Next article
Tesla, NIO, Others' EV Charging Ecosystems Likely To Fully Enmesh in China