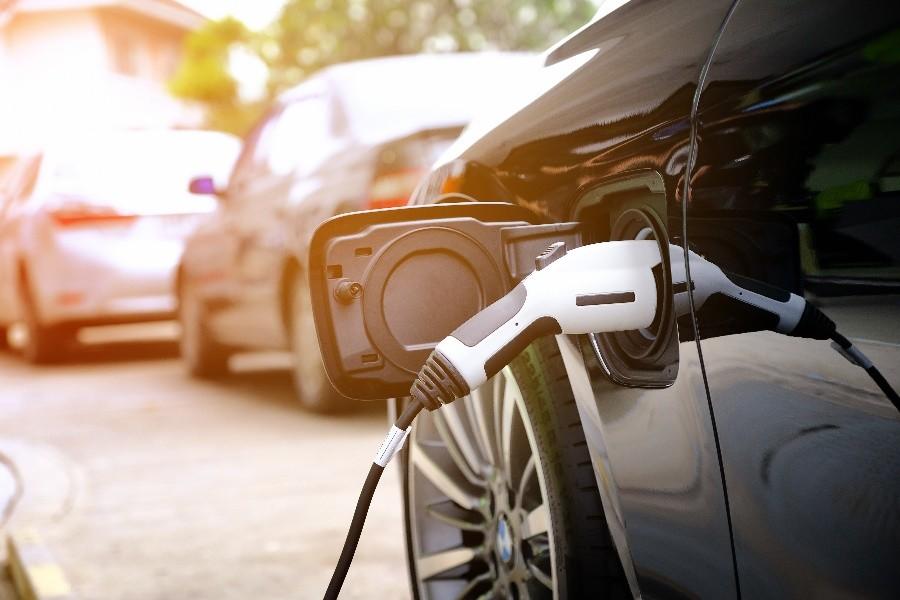 Tesla landed its 1,000th charging station in China's mainland on November 1 in Shenzhen. In the meantime, NIO erected its 600th swap station. The two EV innovators have chosen different ways of providing charging services. Tesla rejected swap stations for high costs before NIO vindicated them. The latter's idea is to make it a part of the multi-layer charger system, which the NEV industry is hammering hard to build, based on different speeds. Moreover, this market has been designing faster solutions. The great leap of NEV facilities has caused low asset utilization that will likely stimulate charging networks to be open to each other.

China's EV charging facilities are experiencing a structural revolution. In the early stage of mobility shifting to NEV, companies must roll out home charge suites to persuade consumers to buy EVs. But the speed can’t satisfy consumers that use cars frequently. Thus, many companies build their multi-layer charging networks, including fast direct current (DC) charge. The most typical companies that have two layers of charging networks include XPeng, Li Auto and BYD. They give consumers free seven kilowatts for home charging piles and supercharging stations that support 120 to 180 kW charging. But investing in DC infrastructure is costly, which stops some companies being able to afford hyper-charging stations. Instead, they leverage this service through third-party charging specialists such as TELD or Starcharge. Nowadays, buying cars from nascent brands like VOYAH, GAC Aion, or Weltmeister means one is free to use their networks. 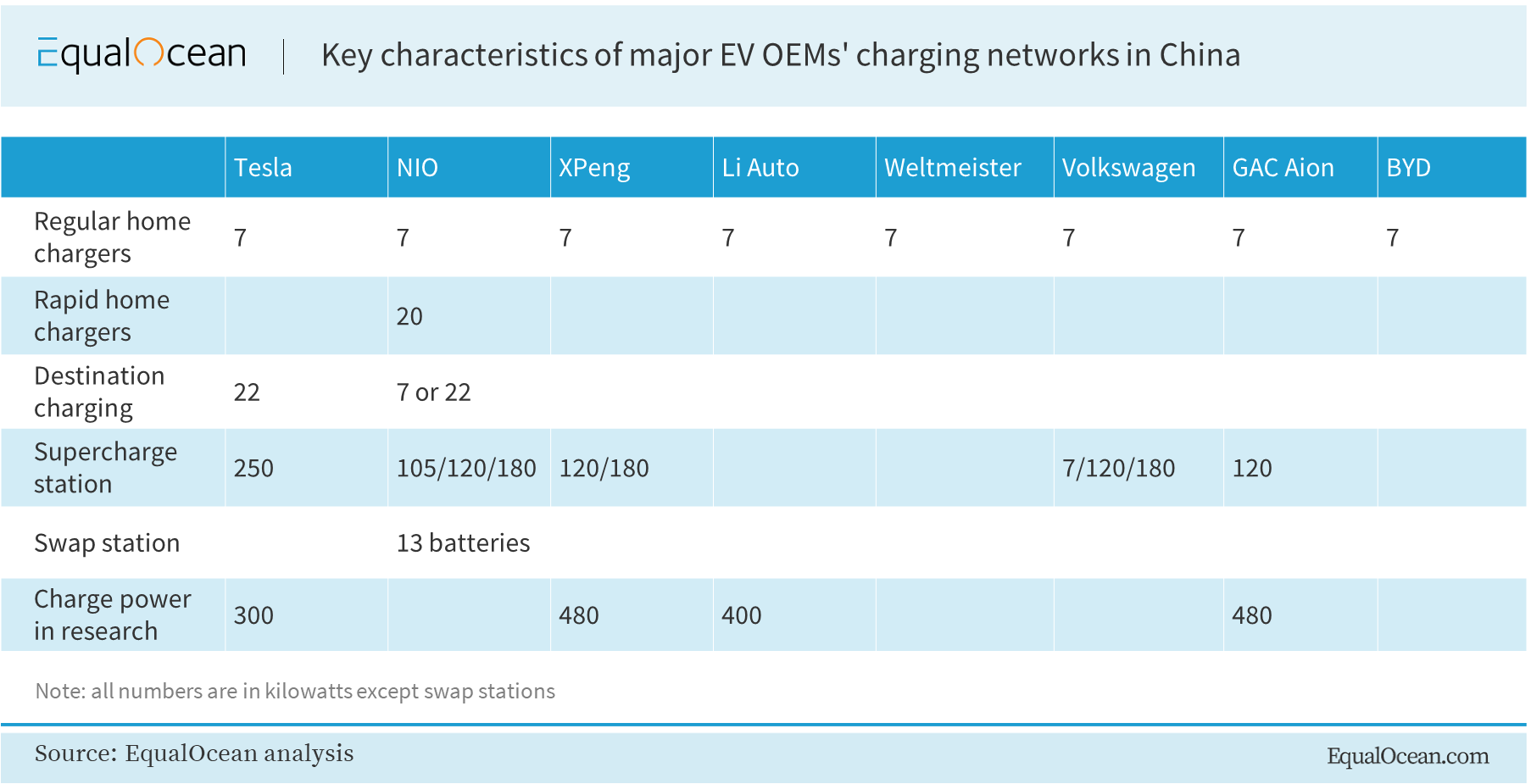 Among complicated charging network designers, NIO is an epitome. Apart from three ways of charging, it offers 20 kW home charging piles for selections and swap battery services. The inception of swapping batteries starts with the separation of vehicle and battery whereby consumers don't need to pay battery cost in front. The station can store a dozen batteries and finish the swapping process in five minutes.

Except for NIO, a few brands are also building swap stations. BAIC's fourth-generation swap station can reserve 60 batteries and swap faster than NIO's. Geely's future electric truck will support battery swap as well. Not only OEMs, but the government also supports and unifies the development of the swap station industry. As part of the big scheme of shifting to EV, the Ministry of Industry and Information Technology of the People's Republic of China has pushed several cities to test swap stations for future deployment.

A long way to go

Although the swap stations have accelerated the process of replenishing energy, they also face many problems. A critical one is that the sector lacks non-standard batteries that enable cars to switch the battery in stations of other brands. 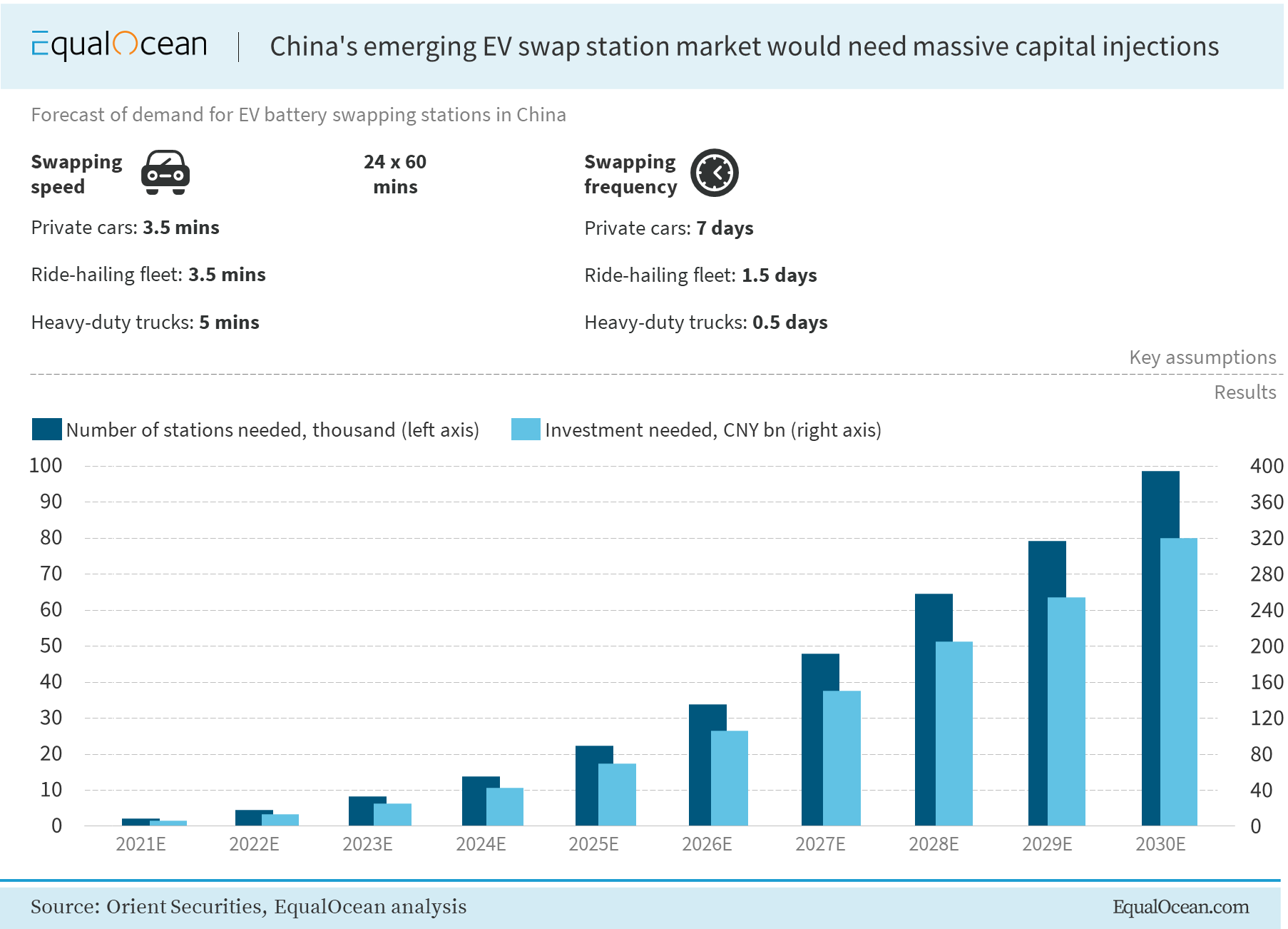 Swapping stations place huge capital pressure on OEMs. For instance, building a swap station costs USD 300,000 compared with USD 100,000 for a hyper-charge station. According to Orient Securities' estimation, in China, the sector needs to invest over USD 2 billion in 2022 to build enough swap stations. The figure is projected to reach USD 11 billion by 2025.

Besides, OEMs are developing ultra-fast charging solutions. Tesla is said to be preparing to upgrade the current supercharging network to 300 kW. Xpeng has disclosed (link in Chinese) an 800-volt platform.

The fast-evolving industry is facing some problems. Low asset utilization is a critical one. China's EV industry started ten years before, and supported facilities emerged at the same time. According to the investigation published on d1ev.com (link in Chinese), a specialized auto portal focusing on the Chinese market, some charging facilities located in the suburb are badly maintained, charge high parking fees, which made them vacant most time. Although NEVs got popular in recent years, this problem still exists.

The openness of various chargers can be improved. According to CAAM (link in Chinese), the utilization rate of charging piles is 3% to 5% and 10% is the threshold for the industry to profit. Unharmonized infrastructure is intensifying the issue. Charging stations of various brands do support other brand cars to plug in. But this isn't always the case. For example, Tesla V3 charging isn't accessible for NIO, XPeng cars, which these two are compatible with each other. As these NEV companies build more charging stations, vacant piles appear and NEV players must collaborate to increase utilization. Therefore, it's very likely for them to open charging facilities to each other fully.