The online networking application is favored by high-profile investors for its traffic, not for its fairy tales. 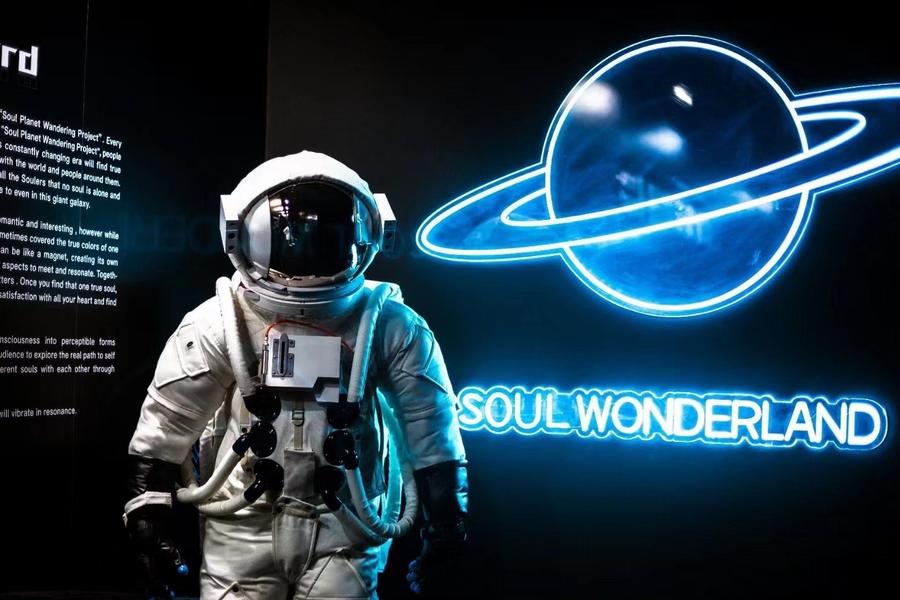 Soul is a networking app operating a digital socializing space for China's Generation Z. On June 18, 2021, it closed a USD 167 million equity investment round led by Tencent and miHoYo, a mobile game developer. Before that, the company had snagged VC funding four times.

On March 17, 2021, Shanghai Renyimen Technology, the company behind Soul, confidentially filed for an IPO in New York. On June 23, Soul's listing was called off, with the management claiming to have "alternative financing options." While the cancellation of its IPO could be related to the changing regulatory environment (link in Chinese) in China's mainland, it might also have to do with Soul's cheap attempts to capitalize on the hyped 'metaverse' concept.

Since 2019, the company has experienced massive user base expansion. Yet, its marketing expenses continue to grow, preventing it from breaking even. And, despite being praised by some digital pundits, its business model remains not convincing. Was it Soul's metaverse 'vision' that triggered Tencent and a few other names to bet on the company? Barely. Below we explain why.

The term 'metaverse' first emerged 29 years ago from the science fiction novel 'Snow Crash' by Neal Stephenson. Though the precise definition of this concept is still in dispute, there has been a consensus on the core traits of a metaverse. A metaverse would have a stable and fully functioning economic system that allows its users to own and trade (as well as to invest) assets. Besides, each person would have an entity in the form of an Internet avatar and contribute to the creation and operation of contents and experiences in the virtual universe.

With the recent crypto market surge, NFT boom, Facebook rebranding and a few other events, this concept has been receiving increasing attention. On March 10, 2021, Roblox offered its shares on Nasdaq, becoming the world's first public firm focusing on building a metaverse.

In China's VC space, the concept's popularity is exhibited through a craze for the software and hardware necessary to enable metaverse operation. According to ITjuzi, the combined volume of AR/VR-related investments in the country has reached a new high in 2021, as of November 10. Among the most notable deals is ByteDance's acquisition of VR device maker Pico at over CNY 9 billion.

In addition, the market for AR/VR products in China is exploding. With this momentum, more capital is expected to be injected into various projects across the value chain. Based on the ex-post records and current trends in the technology sector, we expect AR/VR hardware makers to keep receiving excessive funding in the years to follow.

Soul app: only a 'skin' of a metaverse

Soul app went online in November 2016. According to Zhang Lu, CEO of the company, the problem (link in Chinese) the app took on was that "young people usually have certain emotions and viewpoints which they tend not to share with people around them or on WeChat." The approach was to build an anonymous space that links its 'citizens' by their hobbies and values. Soul has tagged itself as a 'social networking metaverse.' Some apprehend this self-identity as a way to hedge against regulatory risks and differentiate (link in Chinese) from dating apps such as MOMO and Tantan – both are seen as local imitators of Tinder.

Even though Soul boasts a futuristic design and user interface, the product is far from actually being a metaverse. It is a networking platform built on the online socialization model – not an open world with users 'creating content and experiences.' Though this app has an avatar customization system, it lacks interaction enabled by human-machine interfaces (HMI) or other AR/VR tools. The platform's monetization mainly relies on VIP subscriptions and e-commerce. At the same time, no fully functioning economic system is available; the elements that resemble a metaverse are its AI-powered matching algorithms and a currency called 'Soul coin,' which is used to purchase avatar decorations and send virtual gifts. Yet, these gifts are not tradable and cannot be exchanged back to 'Soul coins.' Not to mention that this in-app currency is not decentralized.

Soul did not make itself a metaverse company by claiming to be one. As for the top-notch game developers backing the project, they simply want to acquire its traffic and data on users' behavioral patterns.

At the macro level, we expect to see more early-stage startups identifying themselves as 'metaverse' companies to be founded in China over the following months, much like it happened with a wave of wannabe-AI firms in 2014-2016 or fake 'blockchain' projects in 2019-2022.