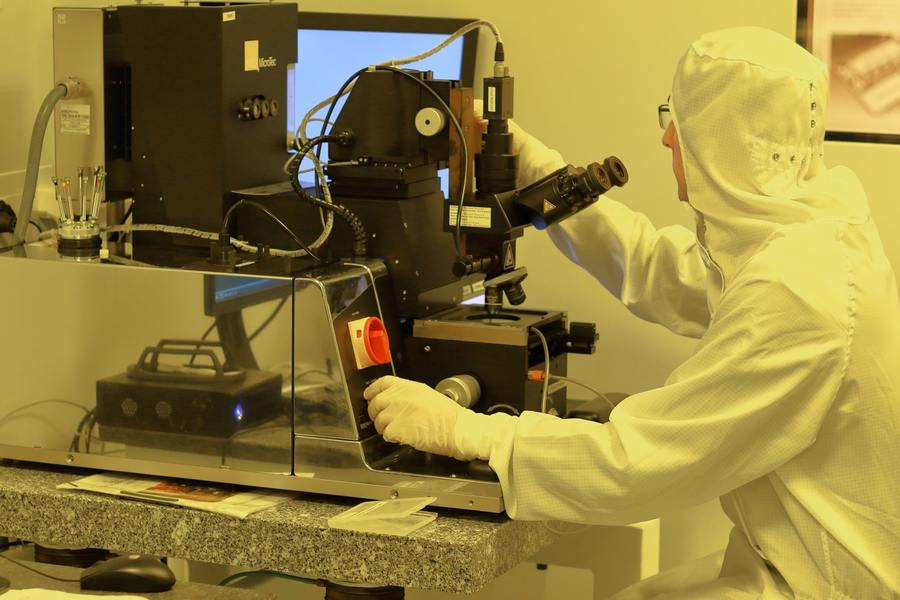 China started its semiconductor journey in the 1990s, concentrating mainly on integrated circuit (IC) design. Then-newly invented foundry model allowed TSMC and Asia's other contract manufacturers to offer their capacities, meeting demand from the mainland's fledging fabless chipmakers. Resulting from a 30-year-long journey, China has grown into a major player in the space, accounting for nearly 13% (link in Chinese) of the global IC design market in 2020.

These days, the action takes place in areas beyond chip design. Amid the continuing trade and tech standoff with the US, China has been speeding up the development of domestic fabrication plants to localize the most vital elements of the technology supply chain. 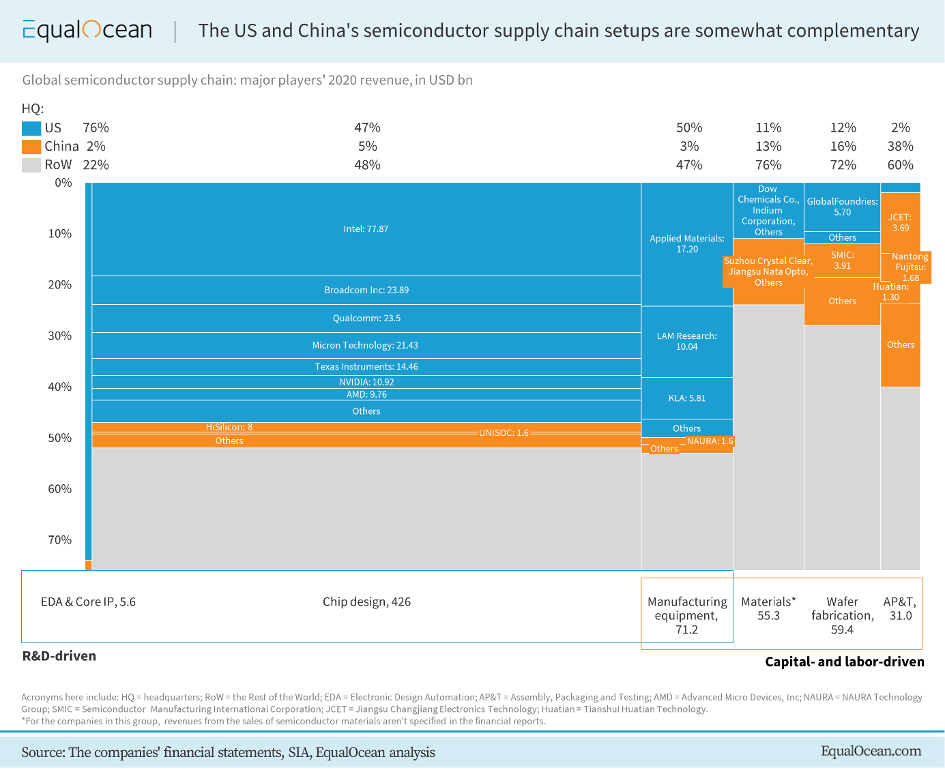 As the US recently proposed a stricter policy to ban exports to China of semiconductor manufacturing equipment, Beijing is doubling down on designing and building high-end processing tools within the mainland.

In the IC assembly line, a lithography machine is fundamental to the entire manufacturing chain. China's 'national champion' in the area, Shanghai Micro Electronics Equipment (SMEE), which was founded in 2002 by Shanghai Electric Group, is, per some reports, full speed ahead to develop its second-generation deep ultraviolet (DUV) immersion lithography system, which could produce down to 7nm chips with multiple patterning. In this rather long analyst note, we discuss SMEE's business, analyzing upstream, downstream, technical capabilities and people behind, perhaps, the most sought-after piece of China's yet-to-be-put-together semiconductor jigsaw puzzle.

In 2002, a lithography machine technology research project was first included in China's National High-tech R&D Program (863 Program). SMEE was founded in the same year. Its research in the area continued in the '02 Special Project' (02专项 – link in Chinese), along with other 15 National Special Projects published in the National Outlines for Medium and Long-term Planning for Scientific and Technological Development (2006-2020) in 2006. The 02 Special Project focuses on the extensive circuit integration and peripheral equipment manufacturing, where developing a home-grown lithography machine supply chain was one of the critical tasks. The project gathered selected domestic companies in most subfields of lithography equipment manufacturing.

Since the project was launched, SMEE has gradually become the primary designer and the 'integrator' of a plethora of made-in-China lithography equipment components.

SMEE benefits hugely from the central government's support: the state required every company in the 02 Special Project to exclusively provide it with the most advanced technologies and products upon their availability. To some extent, those suppliers shape SMEE's progress, as its R&D team designs every new lithography machine based on the associated breakthroughs in the upstream. 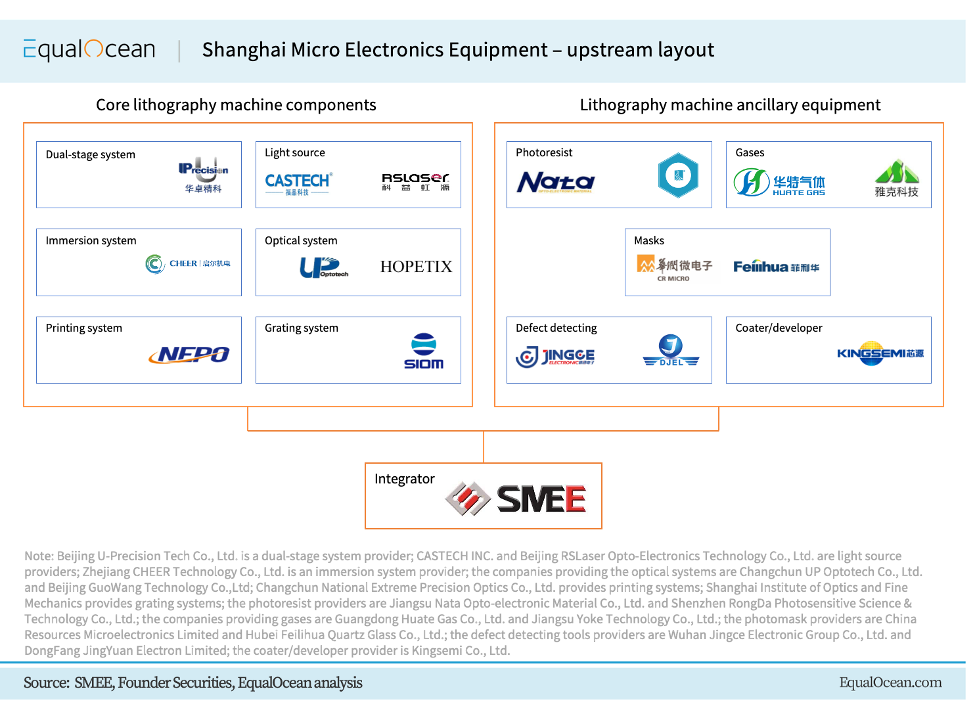 There are two major types of SMEE's suppliers: core component producers and ancillary equipment suppliers. Both sectors are IP-heavy, with companies owning dozens of patents. For example, the Shanghai Institute of Optics and Fine Mechanics (SIOM), a division of the Chinese Academy of Sciences (CAS) that was established in 1964, provides SMEE with grating systems. SIOM holds over 200 related patents, while its researchers publish more than 600 papers annually, most of which are included in the Science Citation Index or other top-notch scientific databases.

Some of SMEE's upstream partners are state-backed. For one, Beijing RSLaser Opto-Electronics Technology, which specializes in light sources, has the Institute of Microelectronics of the Chinese Academy of Sciences and E-town Capital among its shareholders – both entities are fully owned by the government. Some have originated from the private sector. For example, the actual controller of Beijing U-Precision Tech (U-Precision), a dual-stage system provider, is not related to any well-known fund or public organization. Its further growth, however, seems to significantly depend on the subsidies obtained from participating in three major national projects: U-Precision received CNY 321 million grant-in-aid in 2019, nearly 2.65 times more than its annual operating revenue that year. Meanwhile, its operating loss was around CNY 270 million.

Rongming He is undoubtedly the most significant figure in SMEE's history. An ex-VP at Shanghai Electric Group Company Limited, he joined the project as the general manager and chairman in 2002. With limited expertise in this new field, after a few years of research, Mr. He's team successfully rolled out the first domestically made lithography machine for commercial use. Henceforth, he has led SMEE to join a tiny club of the world's producers of these sophisticated systems.

In early 2018, Mr. He left the executive list. This happened right after SMEE signed the pre-listing tutoring contract with China Securities Co., Ltd. (December 2017). That management change might have resulted from discrepancies between the business interests of SMEE's old and new shareholders: during the listing preparation process, the firm received funding from several capital managers such as China Everbright Limited, Shanghai Zhangjiang Haocheng Venture Capital Co., Ltd., and HiTech Investment (the latter two were SMEE's existing backers).

The present chairman of SMEE is Gan Pin, who is also serving as a vice-chairman at Shanghai Electric. Mr. Gan is experienced in working with public companies and technology projects. From July 2014 to December 2020, he served as the vice director at Shanghai Science and Technology Committee. Before that, he worked as the secretary of the CPC Committee at SAIC Volkswagen and a vice general manager at SAIC Motor's alternative energy arm. He is also the vice dean at China Automotive Engineering Research Institute. With a whale of relevant experience, Mr. Gan might take SMEE public (the company has been preparing for an IPO for over two years now) in the following quarters.

Compared to its major global peers, SMEE is at a disadvantage when it comes to front-end machines: its most advanced 90nm ArF lithography machine is still a decade or so behind ASML's. The Chinese company's revenue from the front-end stepper series is thereby coming mainly from its i-line equipment, the simplest version of a front-end lithography machine. Meanwhile, SMEE has made a great deal of progress in the back-end advanced packaging and LED/MEMS/power devices area. In the former segment, the company holds over 80% of the domestic and nearly 40% of the global market; its share in the global LED/MEMS/power devices lithography equipment industry is around 20%.

Per many media reports and a few official announcements, SMEE is currently on the mission to produce its 193nm ArF immersion DUV lithography machine, which can be leveraged to manufacture chips at the 28nm process node. While some in the industry say that SMEE might be capable of starting to sell this tool as soon as in Q4 2021, others question such a schedule. As mentioned above, the company's progress depends largely on that of its suppliers. Here, we look into the upside and downside risks appearing at the key links of the chain.

A representative of Changchun UP Optotech Co., Ltd., SMEE's optical system supplier, has earlier said (link in Chinese) that the company did not participate in the latest lithography machine research project. Another supplier, Beijing GuoWang Optics Co., Ltd., has revealed in its public recruitment announcement (link in Chinese) that it is expecting to finish its foundry construction by September 2023. This new plant will make possible the mass-production of the optical system for ArF immersion lithography. With its key suppliers in this segment facing some difficulties, SMEE might not complete a new ArF immersion stepper this year.

There have also been some breakthroughs achieved by SMEE's suppliers in the past couple of years.

The dual wafer stage system launched in 2016 by the IC equipment team of Tsinghua University and U-Precision could process parallel reticle stages under 2 nm. It has become the second company globally to take the lead of the core technologies in dual-stage lithography, breaking up the technological monopoly held by ASML. U-Precision's recent IPO prospectus (link in Chinese) revealed that the company would produce DWSi series dual-workpiece stages that can be installed within the immersion 28nm lithography machines in 2021.

The supply of photoresist used to be one of the most significant problems, where China relies heavily on imports, especially for the kind used in lithography machines. The situation has started changing, with Jiangsu Nata Opto-electronic Material Co., Ltd. (Nata) constructing a 25-ton ArF photoresist production line. During the latest online performance report meeting (link in Chinese) held on May 11, chairman Jiansong Feng has revealed that the firm's photoresist has been successfully used in an ASML immersion lithography machine, giving a hint regarding the product quality boost.

CONTACT US
Scan QR code to contact us for professional consulting services
Next article
Explainer: China and US' Accounting Standards – Key Differences