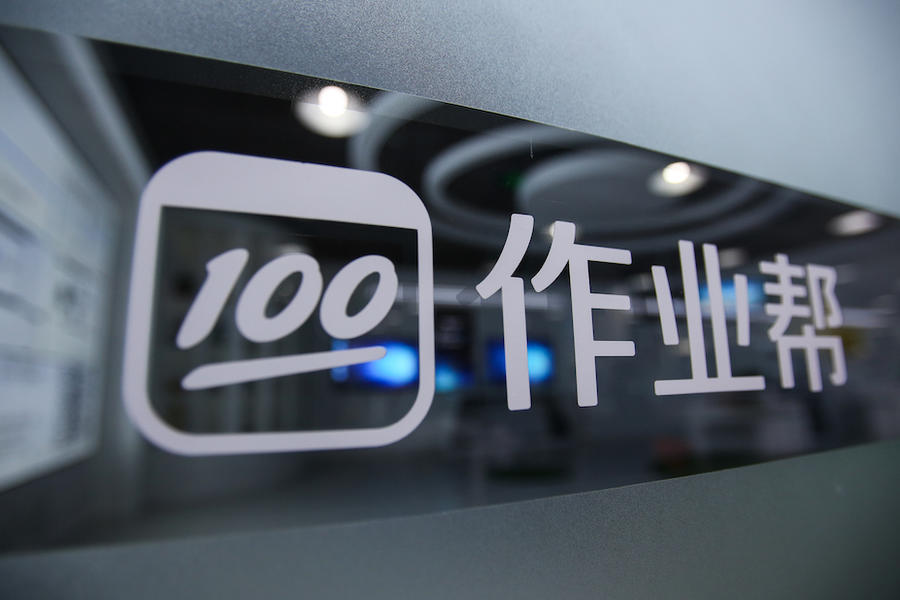 Zuoyebang, founded in 2015, focuses on elementary and secondary school online education. From its early stage as a problem searching app, it has now established a full circle where students can learn in the quality courses, practice and search in the question library, get feedback, and improve their efficiency from more study tools and services.

The foremost characteristic that makes Zuoyebang stand out among all K12 education players is its advantage in the user base. According to the company, Zuoyebang's apps have over 800 million registered user devices in total, with over 50 million daily active users and over 170 million monthly active users. To better make sense of the number, in 2020, there are about 260 million K12 students in China, which means 7 students out of 10 are using Zuoyebang's products.

Zuoyebang's massive user base stems from its original attribute of a study tool – users take a picture of a problem, allowing the system to recognize the problem and search it in the database, finally providing the correct answer along with the explanation. The simple yet useful study assistance tool particularly attracts students' attention. This leads to Zuoyebang's competitive advantage in Chinese lower-tier cities, a blue ocean for online education business, where a low number of edtechs are operating so users are more likely to be lured by the practical nature of the problem-searching app. As 70% of Zuoyebang's paid users come from lower-tier cities, the company proves its clout in this market of great potential.

A direct benefit from the large user traffic is a relatively low customer acquisition cost. For most online education providers, online live courses are the major source of revenues. However, in the fiercely competitive market, it costs much to obtain one single paid customer. Looking into the online K12 education industry, many players, like Yuanfudao and Xueersi, spend enormously on marketing and advertising, bringing their acquisition cost per customer up to CNY 3,000, much higher than the critical industry breakeven point of CNY 2,300. On the other hand, Zuoyebang, with two thirds of its paid users coming from the internal traffic (these users sign up and pay for classes via in-app direct access or after seeing the in-app ads), manages to lower the acquisition cost to half of the industry average. Although, like most online education companies, Zuoyebang has yet to give a profit financial report, we believe that Zuoyebang will likely be one among the first group of edtech startups that are able to gain a positive net income.

Entering the online live courses market relatively late, however, Zuoyebang does not put itself down in the competition. On the contrary, it shows astounding momentum. Zuoyebang's long-term paid users have grown from a mere 90 thousand in 2017 autumn to 970 thousand 2019 autumn. In 2020 autumn, the number jumped to 2.2 million, a more than 24-times increase in three years.

Indeed, the overall expanding online education industry, along with the pandemic that pushed students back to home and exposed them to online learning, has facilitated the growth of the company. It is Zuoyebang's unique strengths that enable itself to achieve such impressive performance. Backed by AI image recognition technology and a database of over 300 million questions, Zuoyebang app has maintained its over 70% market share in the problem-searching field and first place among all K12 education apps. The tremendous traffic and data advantage will keep benefiting Zuoyebang in the heated competition within the K12 online education market.

2020 marks a turnabout point in the K12 online education industry. With the capital flowing into the market surpassing the sum of the past four years and the number of investment events dropping sharply, the average financing amount per event has broken its steady growth pattern, seeing a rocketing surge.

This is a sign of maturity of the industry, where investors are inclined to bet their money on more scaled and developed companies. And these head companies, while taking advantage of their large business scale and capital pool, will more likely be able to maintain their expansion strategies, taking more market shares and outclassing small and medium-sized competitors. Zuoyebang, with Sequoia, Softbank, Tiger Fund, Alibaba, and other outstanding investors giving their stamps of approval, stands among the most competitive players in the industry.