Will the company succeed while trying itself in new domains or end up acquired by one of its powerful semiconductor compatriots? 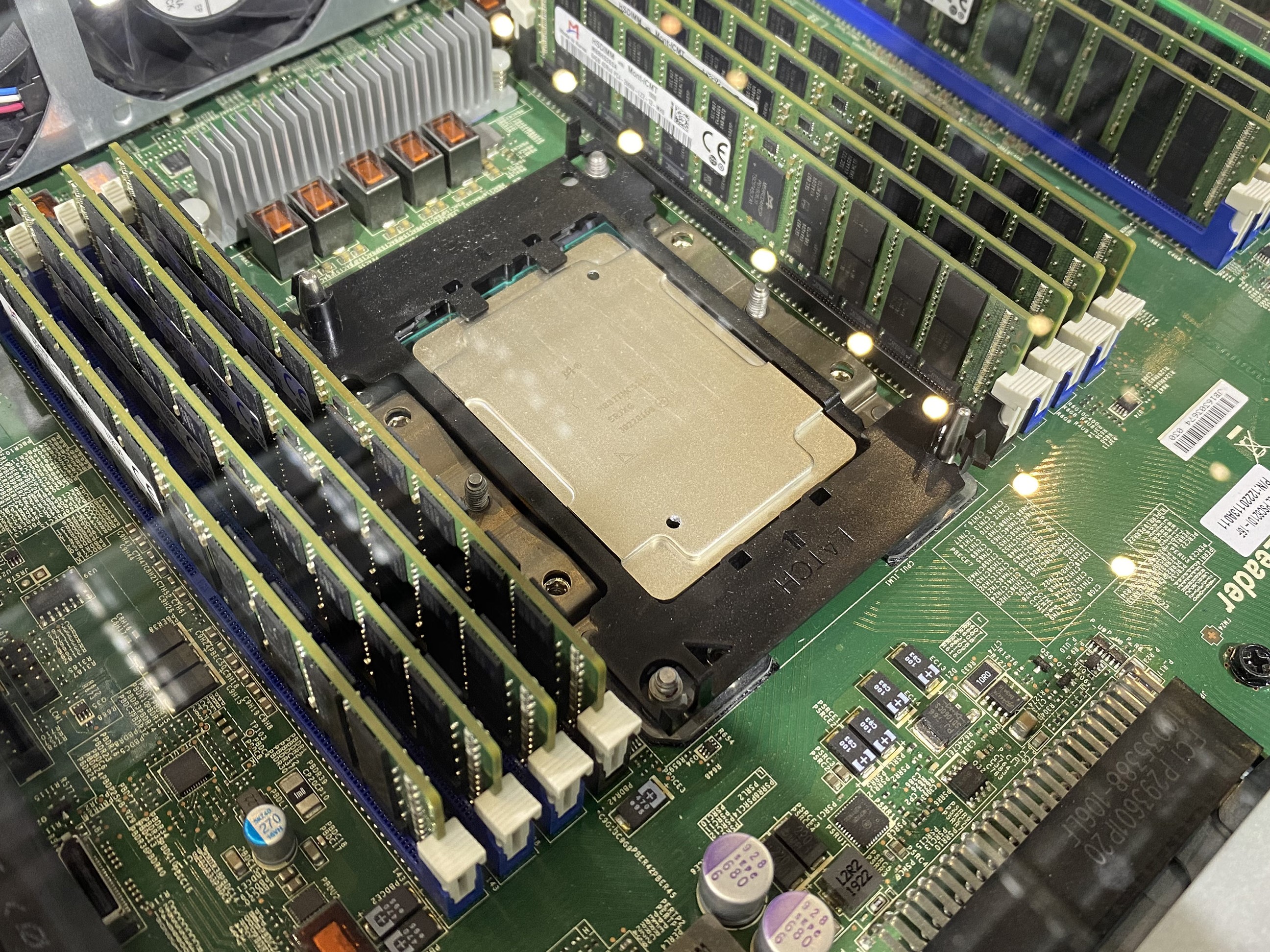 ► Montage's income structure is still highly concentrated around one revenue stream – and the profitability of the new business is lower than was expected.
► The competitive landscape in the memory interface market will not change considerably in the DDR5 era.
► As a contributor to global industry standards, Montage is capable of keeping up high R&D spending.

Known in the west primarily because of its famous backer – Intel Capital – Chinese chipmaker Montage Technology (688008:SH) has been focusing on memory interface technology since 2014. Apart from that, it is active in the fields of consumer electronics chips and CPU.

In 2017, Montage sold (link in Chinese) the entire consumer electronics business to its related companies. After that, the operation risk from business one-sidedness became more prominent. In the last two years, the sales of memory interface chips contributed almost 100% of total revenues.

To mitigate the risks in the memory segment, since 2016, Montage has been trying itself in the CPU field. The chipmaker cooperated with Tsinghua University and Intel to develop Jintide CPU, which forms the Jintide platform together with Montage's hybrid security memory module (HSDIMM). That, however, might have been done in vain: the platform's gross profit margin has been declining, from 23.9% in 2017 to -17.2% in 2019. The future profitability of the new segment remains uncertain. 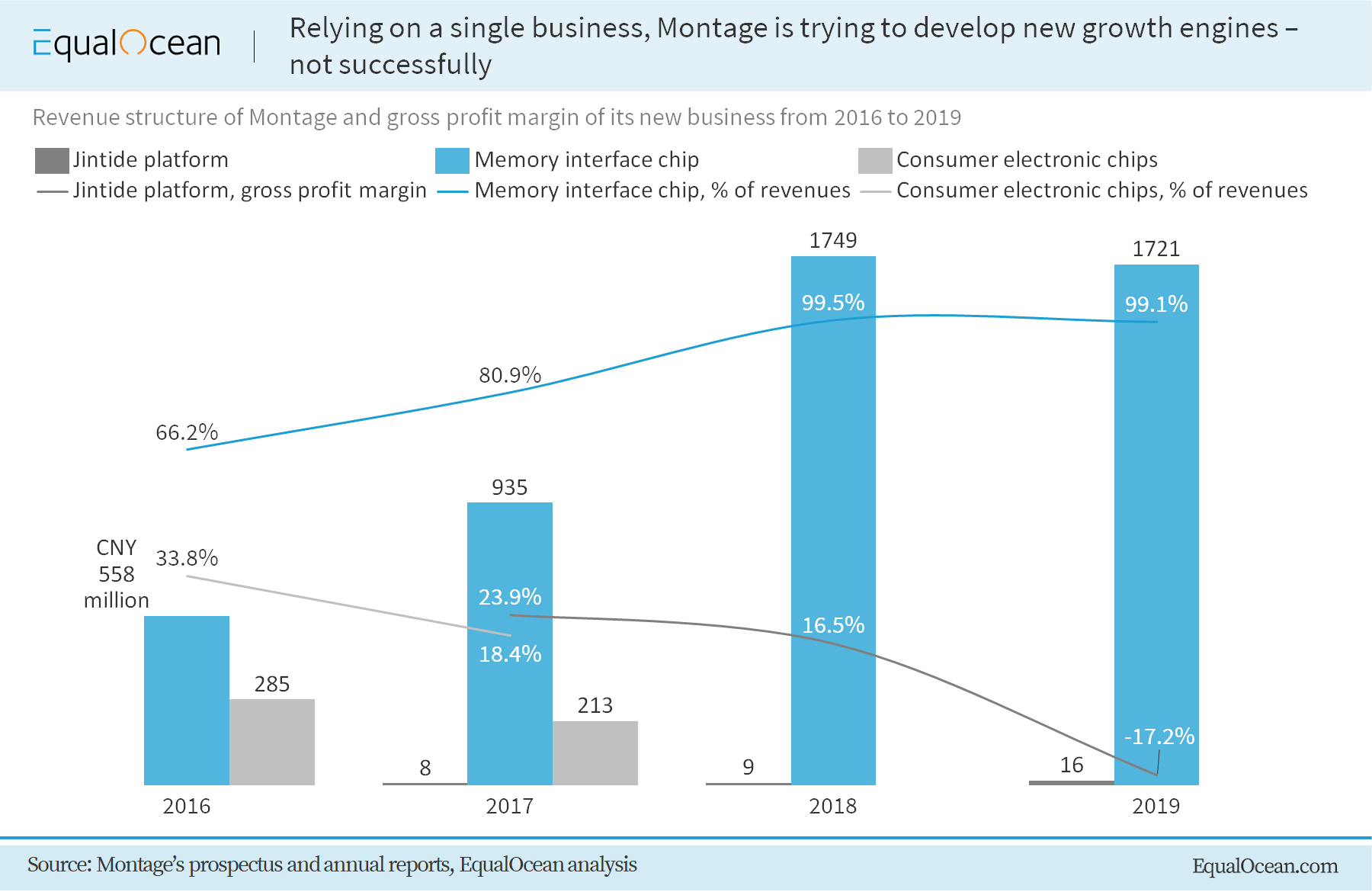 With the continuous upgrading of Double Data Rate (DDR) technology, the industry concentration continues to increase. In the DDR4 stage, there are only three vendors: Integrated Device Technology (IDT), which was acquired by Renesas (6723:JP) in 2019, Montage and Rambus (RMBS:NASDAQ).

Calculated by companies' revenues from memory interface chip business and the whole market size, in 2018, the market share of IDT, Montage and Rambus was 51%, 46% and 3%, which can be viewed as a duopoly market.

The market structure will not change much in the stage of DDR5. It is known that the first company providing better memory interface chips will achieve the first-mover advantage. On September 20, 2017, Rambus announced the industry's first silicon-proven memory buffer chip prototype. In 2019, Montage said (link in Chinese) that it had completed the tape out of DDR5 first-generation Registering Clock Driver (RCD) and Data Buffers (DB) chip engineering samples. IDT also made some progress in DDR5.

As the second-largest memory interface chip vendor, Montage contributed to JEDEC memory standards. The '1 + 9 module architecture' invented by the company has been adopted as an international standard by JEDEC, the leading standards drafter in the microelectronics industry. 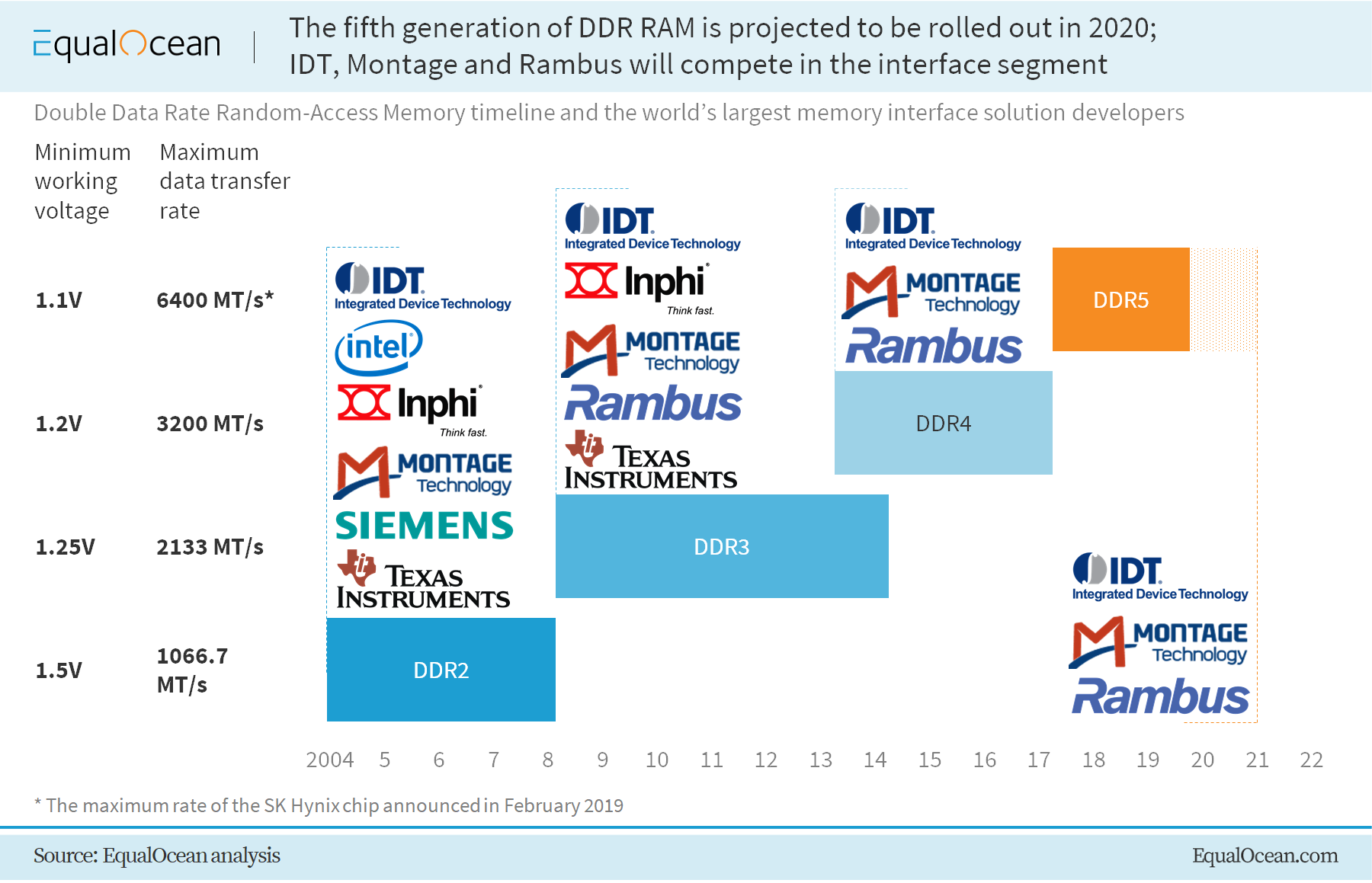 Given the R&D, the differences among the three competitors are small. How about financial results?

Various revenue structures of each company determine the difference in gross profit margin.

Founded in 1980, IDT is a company designing, manufacturing and marketing mixed-signal semiconductor solutions for the advanced communications, computing and consumer industries. According to its financial results of the first three-quarters of 2019, around 30% of its total revenues come from the chip-to-chip interface.

Owning to IDT's diversified operations, its revenue is higher than that of Montage. And because of the same reason, Rambus's income is comparable with Montage, though it had only 3% of the global market in 2018. 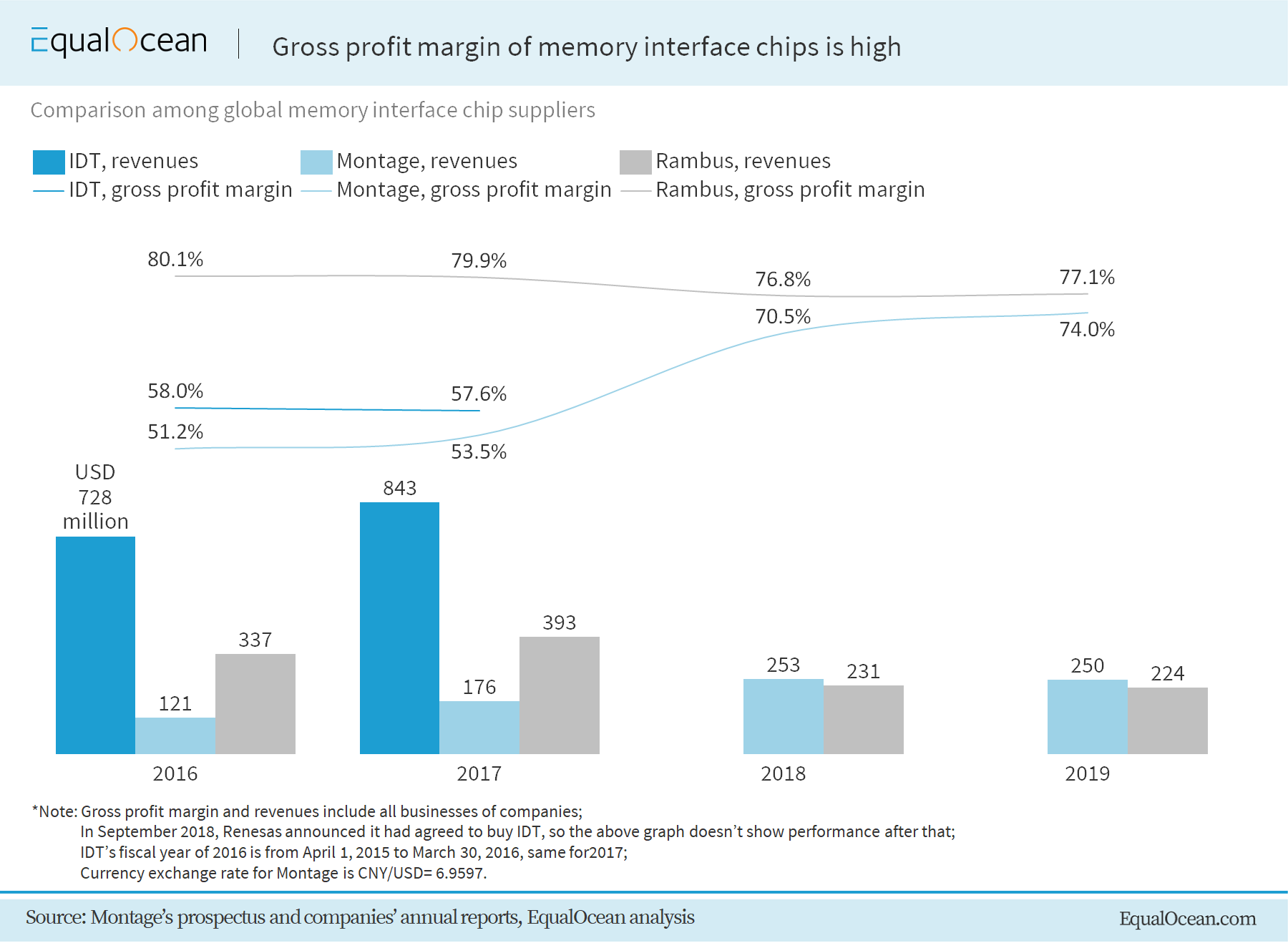 From the perspective of the memory interface chip field, Montage has significant capabilities and, more importantly, knows how to use them, but the development of the whole niche industry is subject to changes within the downstream – i.e. demand for DRAM, which is highly-concentrated and facing a downtrend globally:

► High customer concentration. According to the data released by TrendForce, in the first quarters of 2018 and 2019, Samsung, Micron (MU:NASDAQ) and SK Hynix occupy over 90% of the dynamic random-access memory (DRAM) market, a large part of memory interface chip producers' downstream. That is why the top five largest customers have contributed over 90% of Montage's revenues in the recent two years.

However, impacted by the development of 5G, IoT and AI, industry demands may increase in the future. As the concentration of downstream areas and operational risks of single business is high, Montage turns into the Jintide server platform, which did not perform well as expected in the last three years. If it fails in the new track, it is highly likely to be acquired like IDT – a proven way to survive.