Yonyou ranks first in the Chinese ERP market, while SAP is the fourth. 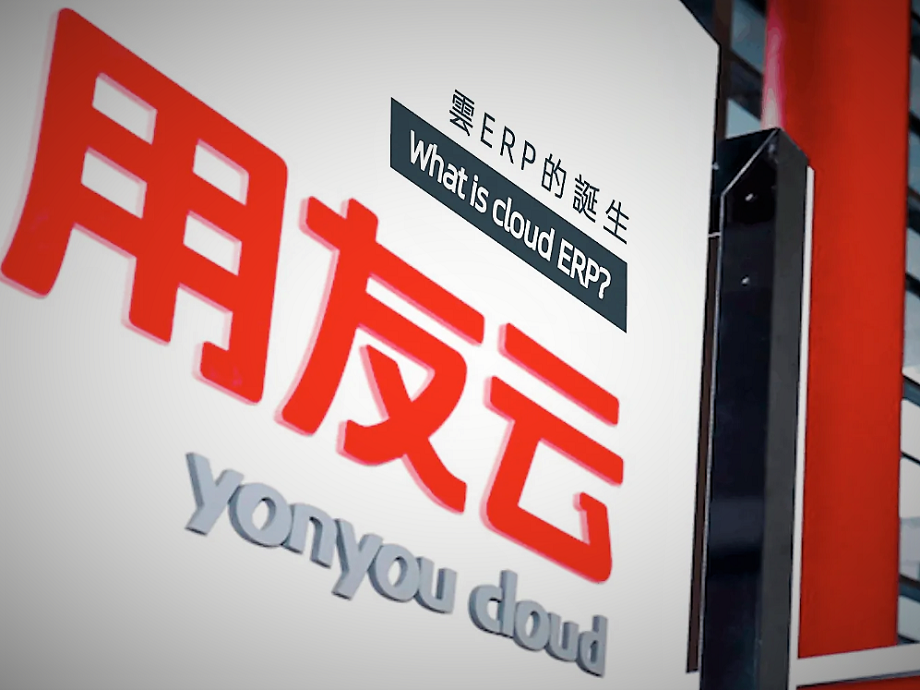 In China, almost every industry has its local answers to those who are notable in the global market, such as Alibaba to Amazon, Tencent to Facebook, Weibo to Twitter, and so on. For the enterprise services sector, SAP might the name that comes to one’s mind when mentioning enterprise resource planning (ERP). However, in China, the Beijing-based company Yonyou (用友网络, 600588:SH) is the name most appears in discussions of the domestic ERP market.

Founded in 1988, the same year as another Chinese software titan Kingsoft (03888:HK), Yonyou is one of the oldest software companies in China. At the time, the presence of personal computers was limited to office settings and the software industry was a newborn sector. Against such a background, Yonyou developed its financial and accounting software and reached the biggest market share in China in 1991. Accounting and financial work methods have been the most digitized kinds since the last century.

The publication of Windows 95 significantly boosted PC adoption in China and the revolutionary operation system changed the landscape of the software industry. Enterprises’ digitalization processes were accelerated and this brought more enterprise software needs. But it wasn’t until 1996 that Yonyou started to develop ERP, publishing its first ERP product in 1997. Worth a mention is that, after Oracle entered China in 1989, HP, IBM, SAP and Microsoft came to develop their business on the land in the 1990s. 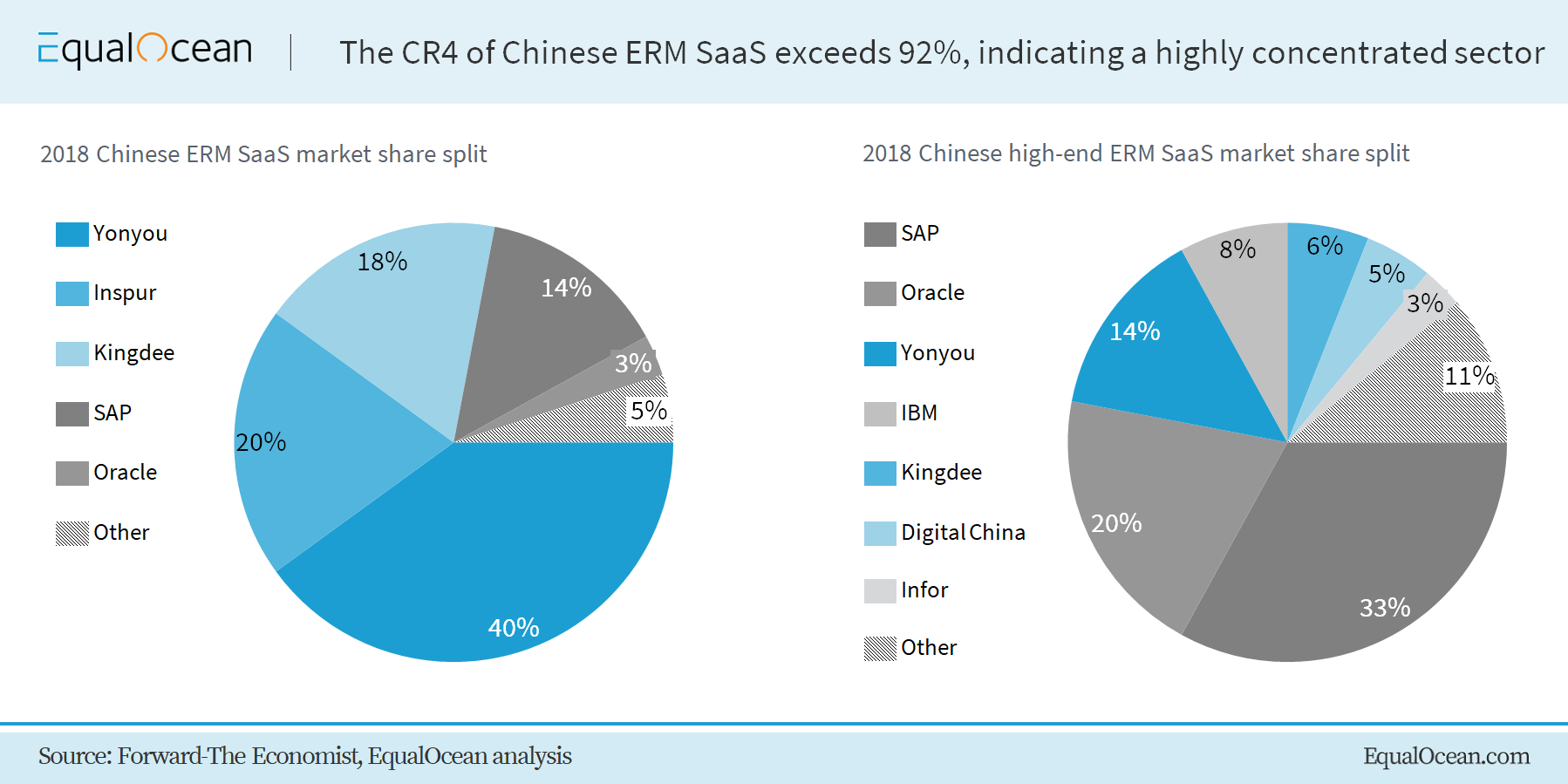 With increasing penetration of Internet use and an intensified digitalization progress, Chinese companies started to pay more attention on internal cooperation and work efficiency and the focus shift expedited ERP’s development. The ERP titan SAP set up its Chinese arm in 1995 and founded a local R&D team in 1997 to support local business development. Experienced foreign ERP giants enjoyed the first-mover advantage and took the most ERP market share. Competing with these big names, Yonyou is a latecomer but it is now the biggest ERP player in China.

ERP products can be classified as standardized or tailored. Standardized ERP products are universal for standard ERP workflows. These came with high fixed costs (mainly R&D) and low marginal costs as users increased. Meanwhile, standardized products have low conversion costs for users. Thereby, user retention determines the success of the products. Localized ERP products are tailored services that can align clients’ unique needs. The case-by-case services ask for a deep understanding of the client’s business and even its industry value chain, which leads to a high marginal cost but also high user stickiness.

Yonyou is a typical standardized ERP products and services provider. To adapt to companies with different scales, Yonyou has an ERP matrix to serve a variety of companies: T Series for micro- to small-business, U Series for small- to medium-business and NC series for big companies. As cloud-based services prove a better practice for software companies (sees successes of Adobe and Salesforce), Yonyou has been upgrading its ERP matrix to ERP SaaS: T+ Cloud, U+ Cloud and NC Cloud accordingly.

Yonyou’s cloud services (mainly ERP SaaS) revenue increased from CNY 85 million to CNY 1,970 million in 2014 – 2019 with a five-year CAGR of 119.7%. Correspondingly, the increasing cloud services revenue has taken 23% of Yonyou’s total revenue of CNY 8.51 billion in 2019, ten-folded in five year. The traditional software services have been squeezed by the other two pillars and their share will continue shrinking as the cloud services grow rapidly.

Being the best domestic ERP builder, Yonyou faces head-to-head competition with global giants mentioned above as well as local rivals like Kingdee (00268:HK). These SaaS companies have begun to cooperate with local IaaS and even PaaS providers to achieve synergy. Salesforce (CRM:NYSE) allied with Alibaba Cloud to co-build Salesforce CRM to provide services for the Asia-Pacific area, where Alibaba has the largest public IaaS presence, beating AWS and Azure. Yonyou chose Huawei Cloud to realize the fusion of SaaS and information and communication technology (ICT). Cloud and 5G are two closely-bonded concepts and the two companies’ unity aims at constructing the Kunpeng ecosystem, which is a full-stack IT development environment.

The ‘cloudification’ process will continue to deepen the digitalization process for the business sector and Chinese ERP SaaS has been experiencing a high growth against such a background. It is estimated that in 2021, the market size of Chinese cloud market will be tenfold the size it was in 2015. At the same time, the Chinese ERM SaaS market is expected to reach CNY 13.36 billion in 2023.

Compared with traditional types, standardized ERP SaaS lowers conversion costs for users as well as the marginal costs for developers. Cloud-based products usually adopt a subscription method, and the contract is renewed year-over-year. Compared with one-time-payment software, cloud services guarantee a long-term stable cash inflow for the service provider, to add more liquidity. However, the lowered conversion cost asks for a higher requirement on customer retention. Though retention is critical for SaaS firms, in an emerging market like China, Yonyou and all other SaaS firms are yet to rely on customer retention – but acquiring new customers is the rule of thumb in a blue ocean game.