Will the leader maintain its position? 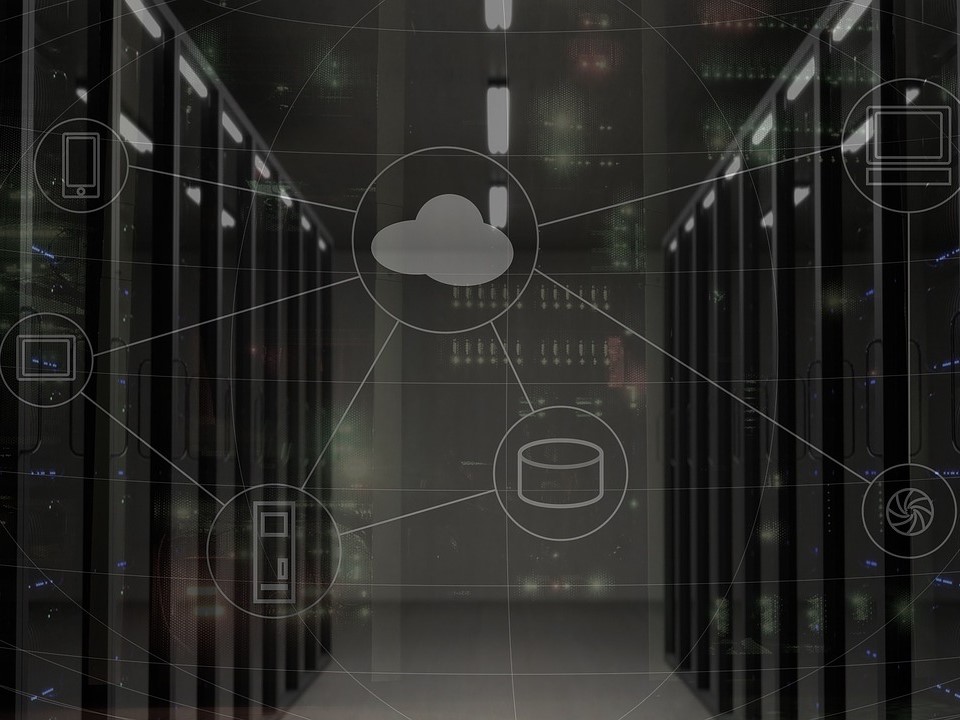 China’s cloud market is burgeoning. According to International Data Corporation (IDC), the size of its public segment reached USD 3.92 billion in the first quarter of 2020. Breaking down these figures, the Infrastructure as a Service (IaaS) market has increased by 57.6% compared to a year ago, while the figure for Platform as a Service (PaaS) is 64.4%.

Alibaba Cloud has been dominating the Chinese public cloud market for a few years. In the first quarter of 2019, it owned 43.2% of the market, which was gained through leveraging its elastic computing, database and cloud security services. However, its main challengers – cloud units of Tencent (00700:HK), Huawei and Baidu (BIDU:NASDAQ)  are growing fast as well. 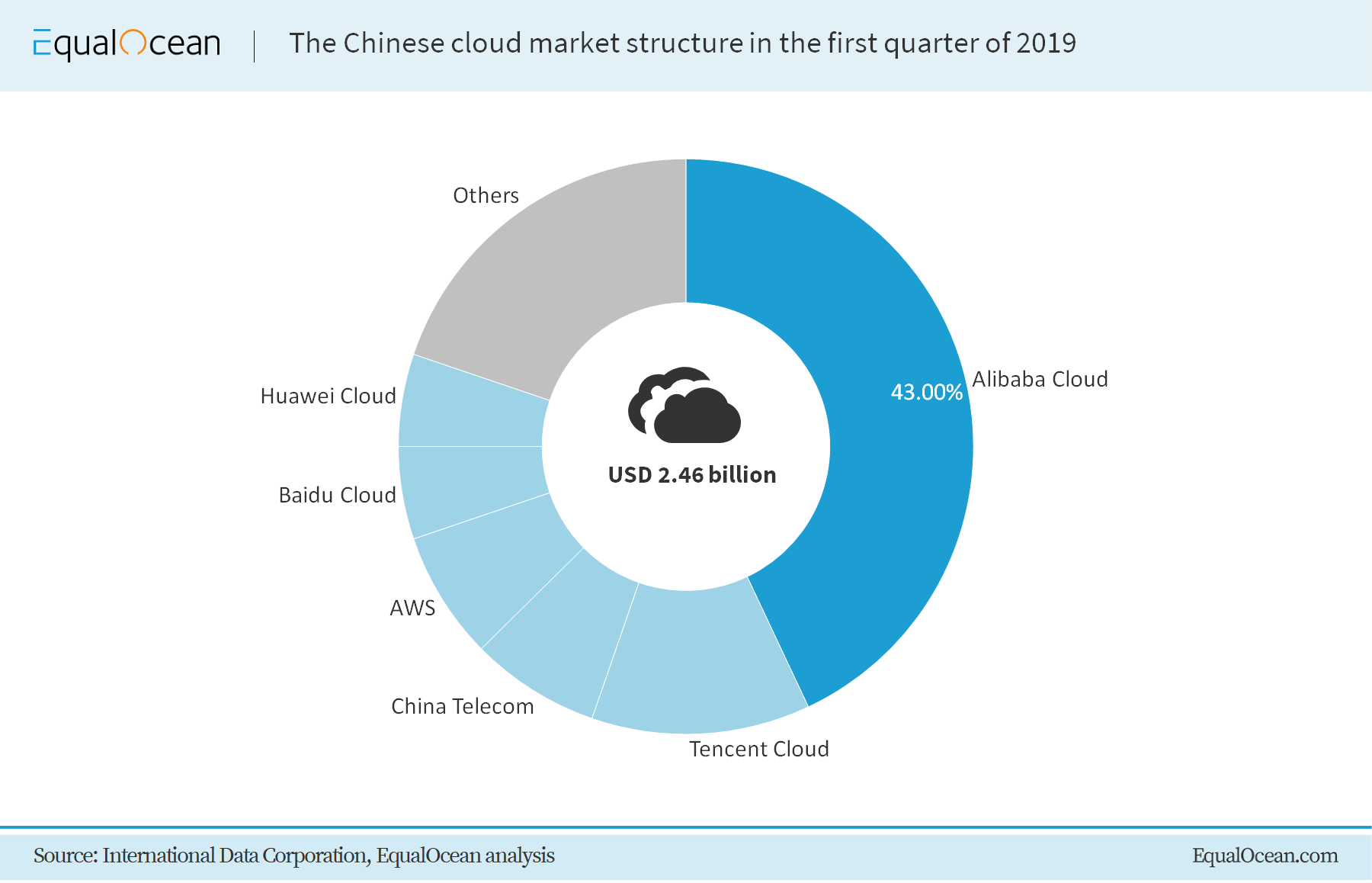 Even as China's first and the world's third-biggest cloud service provider, Alibaba Cloud may face a number of risks in the middle term, as the pandemic rewards the technology industry.

From a user side, based on some clients’ feedback, among these three companies, Alibaba Cloud performs better on the stability and security of the cloud. Instead, Tencent Cloud got better comments in terms of prices and functionality.

The intensifying competition is supported by the fact that Alibaba Cloud's three new data centers started to operate. It is also planning to build the largest data center cluster in China by building ten hyper-scale units. Tencent also started (link in Chinese) to run its new hyper-scale data center this year in Qingyuan, Guangdong. It is also reported that Tencent Cloud adopted an aggressive strategy to win big order by equity contribution to its clients.

We expect that one possible scenario for China's cloud market similar to the history of the United States’ cloud market is price war (AWS lowered rates over 70 times in the past decades to kick off players like Rackspace in public cloud business from 2009 to 2019).

Cloud business is a game of the giants. Groups like Alibaba, Tencent and Huawei have plenty of cash to burn to acquire market shares. It is thereby hard to predict which company will win the war, whether Alibaba cloud can keep growing fast and how the cloud market will be shaped in the future.

Apart from above, other trends like 5G, autonomous cars and Artificial Intelligence pose uncertainty on cloud business. It is prevalent in China that different groups have their own portfolio companies: individual companies tend to choose their shareholder's services. Tencent played a dominant position in categories such as social media, gaming and streaming. The major problem 5G is facing is lacking applications to monetize. Tencent may first roll out popular 5G services to create more demand for its cloud service. Instead, Huawei is likely to leverage its strength in 5G to create synergy with other cloud services.

As the global economy is hammered by the coronavirus, many companies have started to cut their IT spending. This leads to delays in plans to shift IT infrastructure to the cloud, which may slow down the growth rate of the segment. On the other hand, demand for remote work has pushed some companies to transit traditional internal-deployed Infrastructure to the cloud. It is hard to debate the influence of macroeconomy erosion.

Factors benefiting Cloud business may fade amid the recovery process. On the first-quarter earnings call of 2020, Alibaba Cloud explained the rapid growth in the cloud business was due to the increased demand from video consumption, remote working and learning.

The pandemic has almost been contained in China, while over 20 companies have been developing vaccines. It is reasonable to expect a COVID-19 vaccine to emerge by the end of this year and mass production of vaccines will happen after.

Accompanied by the positive vaccine news, having been locked down for half-year, we expect people would do more outdoor activities such as 'revenge traveling' (people splashing money on extra trips to compensate for COVID restrictions) in the next few months. Meanwhile, people may spend less time on smartphones or screens. The traction from watching short videos, remote working and learning may slump.

As the base of cloud computing, data centers in China face issues from simmering Sino-American tensions. One major problem is the hardware supply, which was cut off twice before. American companies like Intel provide essential components to assembly data center servers such as CPU, GPU and storage equipment. This gear maybe once again imposed sanctions by the US government. This pressure may shift to its downside business cloud service by delaying the building of data centers.

To be specific, Inspur and Huawei built the majority of servers for data centers in China, they are both on the US sanction list. As the heart of a server, Intel’s Xeon chip accounts for 37.53% of the Inspur's annual purchasing amount. In 2015, the Obama government put restrictions on Intel from selling Xeon products to China. After, the Trump administration blocked Xeon processor shipments to Inspur this year, followed by Intel's resuming of shipments via adjusting the supply chain. The two events shared similar reasons as the processor might be used for military programs in China. Security concerns are not dismissed yet. As the tension escalated between Washington and Beijing, the pentagon may put more caps on hardware exports to China. 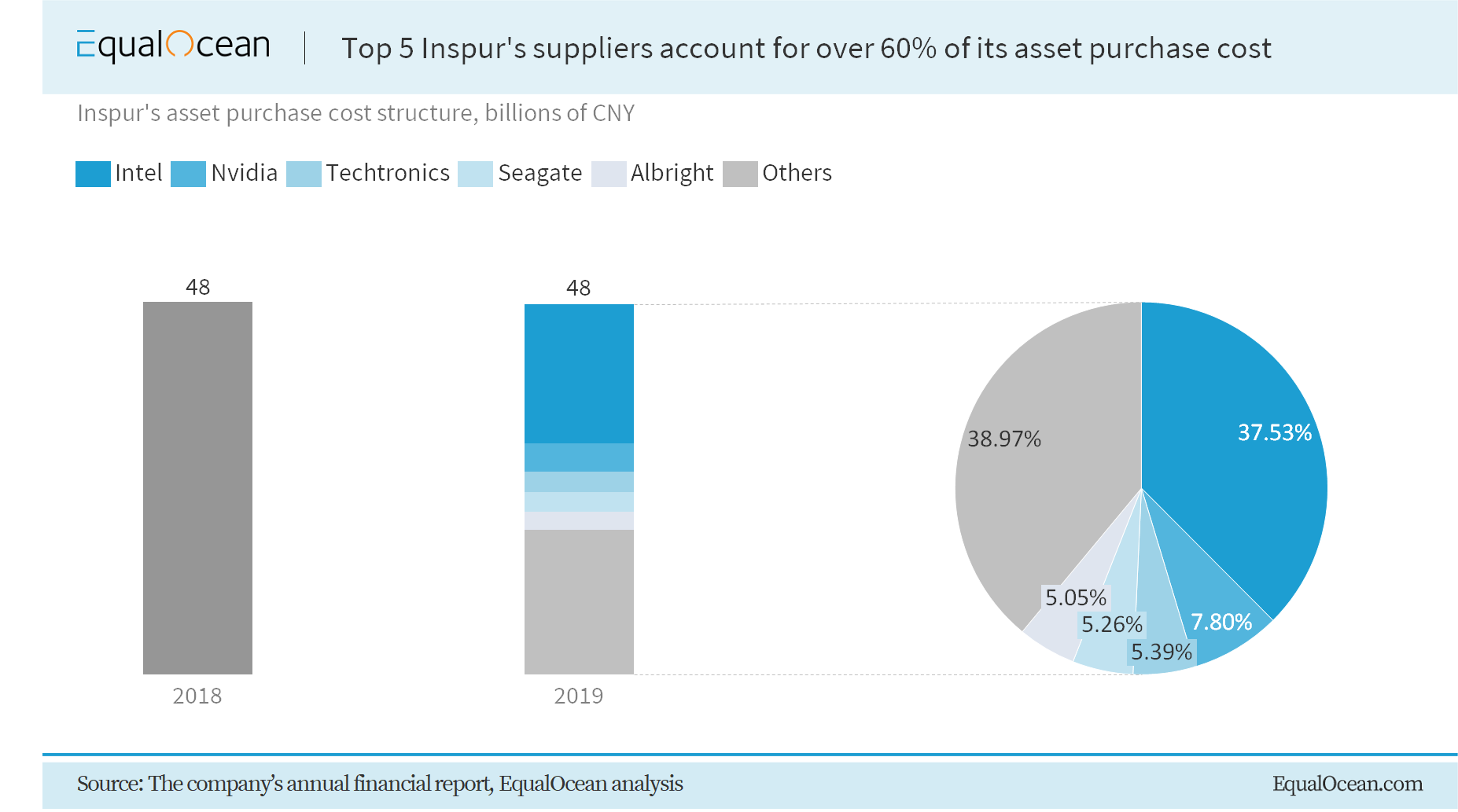 The tail risk of cybersecurity

Data storage can be another risk for Alibaba. It and peer companies both had a history of data breaching. For example, Alibaba turned off servers after a trove of data leaked in 2019. Other arms of Alibaba, including Ant Group breached use privacy, scolding by the cyber watchdog of China. Cainiao, the delivery body of Alibaba also leaked data once. Even it didn’t make a huge impact on company operation and stock price. But it reflects risks placed on its internet infrastructure with there are more and more internet attacks. Last year, Jack Ma said that Alibaba Group deals with over 300 million hack attempts per day.