Cambricon Launches Star Market IPO – Why We Are Bearish on It

Dubbed ‘the first AI chip stock,’ the company is exposed to multiple risks. In this article, we go over the most significant. 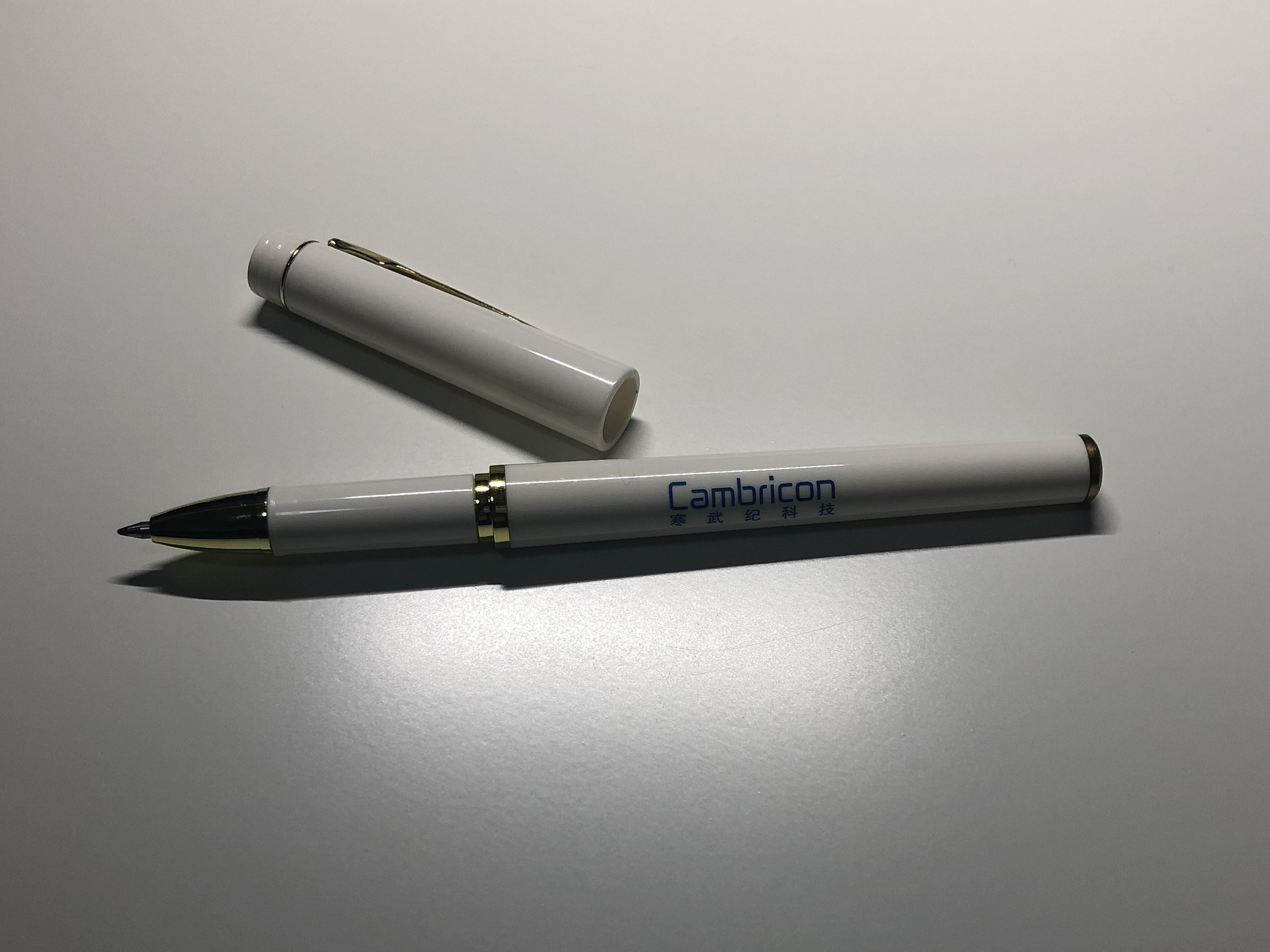 ► Chinese AI accelerator developer Cambricon went public on July 20.
► In the oversaturated market, its IP business is barely promising.
► Other segments seem no better.
► It is walking a fine line amid the great tech decoupling.

Artificial intelligence hardware maker Cambricon (688256:SH) has kicked off trading on the Shanghai Stock Exchange’s tech-heavy submarket – the Sci-Tech Innovation Board – marking several milestones in China’s economic development story at once: first, the Beijing-based unicorn represents the so-called new generation of local technology startups – in some ways, it is paving the path for AISpeech, Enflame, Horizon Robotics, ThinkForce and others; second, the company plays a critical role in the current national strategy of the ‘tech-savvy’ Chinese government, providing processing power for both cloud and edge applications, a fundamental part of various hyped concepts such as the ‘new infrastructure’; third, the chipmaker’s shares are now listed on the Star Market, Beijing’s brainchild that has been widely deemed the biggest achievement in the course of the country’s long-lasting financial sector reform.

Given the fact that the company’s public debut is occurring in the most acute period of the Sino-American technology standoff, the importance of this move, from the macro perspective, is unquestionable.

The picture looks bright from a bird's eye view. But the devil, as usual, is in the details.

The firm’s IP business is rather dead

Almost every publication – and EqualOcean is not an exception – covering this IPO has mentioned the two-year relationship between Cambricon and Huawei. As the integrated circuit designer’s prospectus shows, HiSilicon, Huawei’s semiconductor arm, used to be practically the only ‘commercial donor’ for the Beijing startup’s ambitious R&D endeavors – in 2017 and 2018 it accounted for over 97% of Cambricon’s total operating income. The parties previously signed four IP-related contracts, running through the end of 2019. At some point, per an industry source, the Shenzhen tech colossus proposed an ‘offer that one can’t refuse,’ asking the chipmaker for exclusivity. Yet Cambricon, for which it was way too early to choose sides in the unfolding global conflicts – surprisingly for some – could and did refuse. As a result, Huawei followed an Apple-esque all-in-house strategy, in a trice switching its identity from Cambricon’s key partner to its most serious competitor in the ample Chinese market.

Losing such a valuable client has been extremely harmful, but this is just the tip of the iceberg. What causes more concern is that none of the existing Chinese consumer electronics vendors of a significant size need the company’s services at the moment: the segment is pretty much monopolized by the duo of Qualcomm (QCOM:NASDAQ) and MediaTek (2454:TW). Although the list of key strategic investors in this offering comprises smartphone leviathan OPPO, home appliances giant Midea Group and Lenovo (00992:HKEX), which took part in the company’s Series A in 2018, the industry has seen no signs of large-scale commercial cooperation between Cambricon and these players. OPPO, for one, is now reportedly developing its own system-on-a-chip (SoC) capabilities to power upcoming next generations of handsets. In a nutshell, the chipmaker’s IP business is at a high risk of becoming history.

Other segments seem no better

As we showed in the previous article, the company’s revenue soared by around 280% in 2019, hitting CNY 444 million. Nonetheless, CNY 271 million, or over 60% of the total volume, originated from one single project. In April 2019, the Chinese Academy of Sciences (CAS), which has incubated Cambricon and currently holds 18.24% of its shares, signed (link in Chinese) a three-phase contract with the administration commission of Zhuhai’s Hengqin island, a special economic district in the southern province of Guangdong. According to the agreement, the AI chip unicorn was supposed to provide core hardware for the area’s Internet data centers (IDCs). The first two phases were completed and paid up in 2019; the final part is due for 2022.

On the one hand, the company’s deep academic roots helped it maintain buoyancy and allowed it keep growing fast even after it lost HiSilicon. But a new kid on the block intending to challenge the likes of NVIDIA (NVDA:NASDAQ) on a global scale can’t rely upon taxpayers’ money solely. In other words, the only way to boost Cambricon’s flexibility is through increasing its presence in the private sector – so far, this has been a problem. In these vulnerable times, most of China’s vast private tech corporations prefer self-reliance over outsourcing. Meanwhile, potential partnerships with state-owned enterprises (SOEs) may lead to extra hurdles in the foreign markets. So far, the company has proven its technological prowess but is yet to demonstrate its business acumen and marketing skills.

Tech tussles are an issue

While Cambricon has not been directly affected by the merciless American sanctions (most likely, because of the chipmaker’s relatively small scale), Huawei’s decision to stop cooperation with the firm is, in some ways, a result of the ongoing tech clash. Moreover, it’s not that only Huawei is taking the fall – the entire Chinese tech industry is on thin ice. Examples abound. Supercomputer manufacturer Sugon (603019:SH), a client of Cambricon primarily involved in the aforementioned Zhuhai IDC project, was banned from accessing the United States’ technologies by the Trump administration in June 2019. Cloud computing and big data service provider Inspur (600756:SH), a partner of Cambricon, has also become a victim of the geopolitical rift: in June 2020, the Pentagon included it on the list of commercial entities tied with China’s military forces, triggering a suspension of chip supply from Intel (INTC:NASDAQ), its essential provider.

There is another shoe to drop. Like any other fabless high-end chip designers, Cambricon needs TSMC (2330:TW) to manufacture its microdevices. For instance, the MLU-290, its latest 300W chip for data centers with a capability of 1024 TFLOPS, is built on the foundry’s 7 nm process node. As many know, the mainland’s flagship fabrication plant SMIC (00981:HKEX, 688981:SH) is lagging behind the Taiwanese counterpart technologically and is unable to turn Cambricon’s latest ideas into reality. And the coming, more sophisticated products will, indeed, require even higher precision.

Talents, probably the most crucial component of success in semiconductors, are also limited in China. Chen Tianshi, the chipmaker’s low-profile founder, called this problem “one of the key challenges ahead” during the pre-IPO investor conference on July 7.

In the famous business triad – technology, capital and labor – Cambricon intends to mainly leverage the former two. Its technology, however, is not sought-after – like that of, say, British upstart Graphcore – and the CNY 2.58 billion raised in this offering is minuscule compared to how much the world’s finest chipmakers have invested in the field. Now, the company’s future is not just uncertain, but also partly driven by wayward Chinese investors.