Lessons Learned from Byton's Failure: What Matters Most? [2/2] 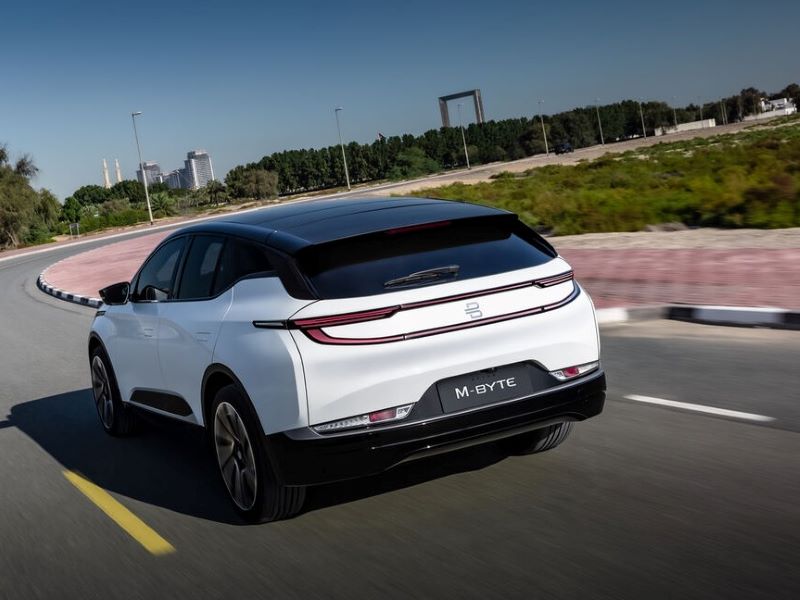 This article is part II of our analysis on Byton's failures and China's EV, check out part I before you read.

Whatever it takes to have a mass-produced car delivering to customers is of utmost importance.

NIO, Lixiang and Xpeng all chose a contract manufacturer instead of building their own factories in the beginning (while WM Motor, another startup had their own). Despite all concerns on the quality and branding, the trio has proved their rightness. On the contrary, Byton's pursue in the EV production qualifications has dragged it into the muddle, with millions of debts transferred from FAW Huali. Nanjing local government and FAW Group, Byton's shareholders, supported it in building its factory with lands and equipment. Still, Byton failed to debut mass production delivery when peers were fully equipped.

The window opportunity of new EV makers in China closed later in 2018 when capitals wanted to see increasing evidence of founders' ability to find a scalable and profitable business model and building moats around the business. Pessimism was spreading as NIO reported huge losses and a fast cash-burning speed, which made investors becoming further conservative in assessing projects. Gone were capital investors, and Byton started its miserable journey – the one who knew most about car design left (Breitfeld) and the one who did not, Daniel, took over management.

As making electric vehicles is burgeoning in China, early adopters have provided their unique value propositions to consumers.

NIO, the first China EV stock, has followed the path of Tesla, positions itself at a premium market and thus recruited a luxury team back in the early days. Xpeng's P7 benchmarks at Tesla Model 3 and competes with a lower price, winning over market share by being the second one to bring its cars to the market after NIO. As a result, when NIO and Xpeng's models were on the delivery in 2019, Lixiang and Byton's electric vehicles were still not ready for sale.

In terms of solving the headache of limited battery power concerns, or so-called 'range anxiety,' it has launched Battery-as-a-Service (BaaS) using battery swapping and building charging stations of its own to improve user experiences.

Lixiang entered the EV market later than NIO and Xpeng, but it was the sole non-BEV player maker among the other dominant three. The strategy of changing the brand segment from the range-extended EVs to hybrids looks  good so far, as it surpassed Xpeng (954 units) and achieved delivery of 2,148 in May. The firm's path was sinuated – its mini-car SEV project fell in April 2018 – but it managed to stand up to re-direct the business due to its high-efficiency in using capital. Byton burned at least USD 800 million from external funding since 2015, with no car. Still, Lixiang managed with CNY 4.4 billion (USD 628 million) and started to deliver to the market in the early 2020, ranking at #2 among domestic peers ever since.

Re-shaping itself to the new target, making out long-distance extra-large SUV, Lixiang One benchmarks at traditional ICE SUVs such as Toyota Highlander to avoid the fierce competition against Tesla and NIO. The oil-electric-hybrid car touches upon users' needs, requiring the mixture of battery car tech and zero 'range anxiety.'

On the contrary, Byton's pursuit of 'future of car' designs, with expensive parts like 3D sensors, failed in building a new car startup needs to poses as its core competence – mass production.

In terms of market segment, Byton's model M-byte has a very similar position as the Tesla model Y and NIO ES6. With two well-known and available-for-sale models on the market, it is tough for Byton to gain the market share.

NIO's founder William was called the most miserable man in tech circles in 2019 (in Chinese) as no large funds chose to add bids to the sinking boat. The company then decided to break its mental shackles, for instance, laying off redundant personnel (especially those from the US research center) to optimize expense structure. The cooperation with the Hefei government marked NIO is heading on a long journey to recovery.

We remain bullish on NLXW (NIO, Lixiang, Xpeng and WM) due to 1. EV remains in its infancy, and players are expanding the current market instead of invading others. 2. New-gen Chinese EV makers can replicate Tesla's success, given their fast speed in learning from mistakes and nimble management. 3. Policies continue favoring market growth. Beijing is said to be in the process of lowering further car plate restrictions to boost car consumption. May Passenger Vehicle (PV) rates reached 1.7 million, a 7.0% year-over-year increase. 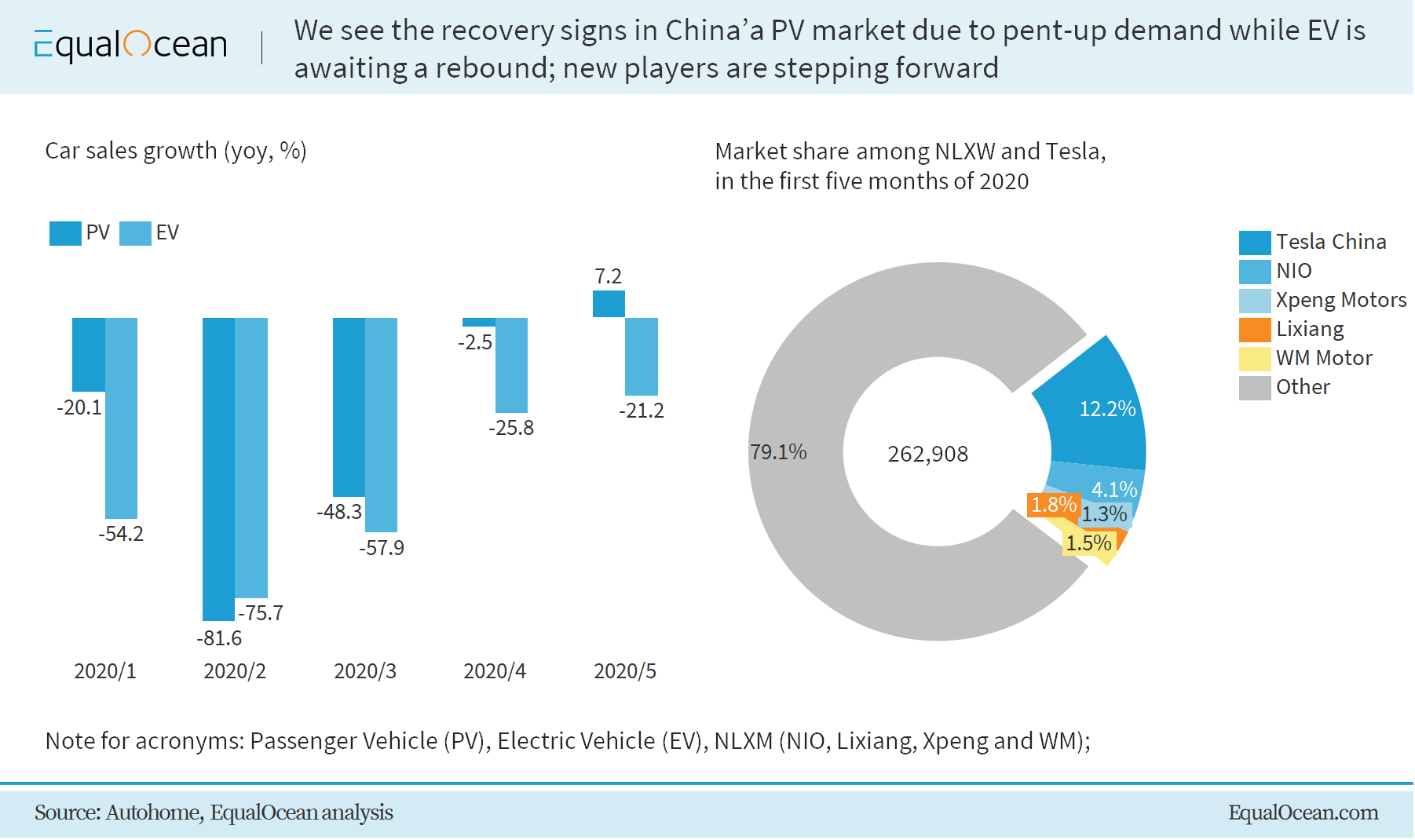