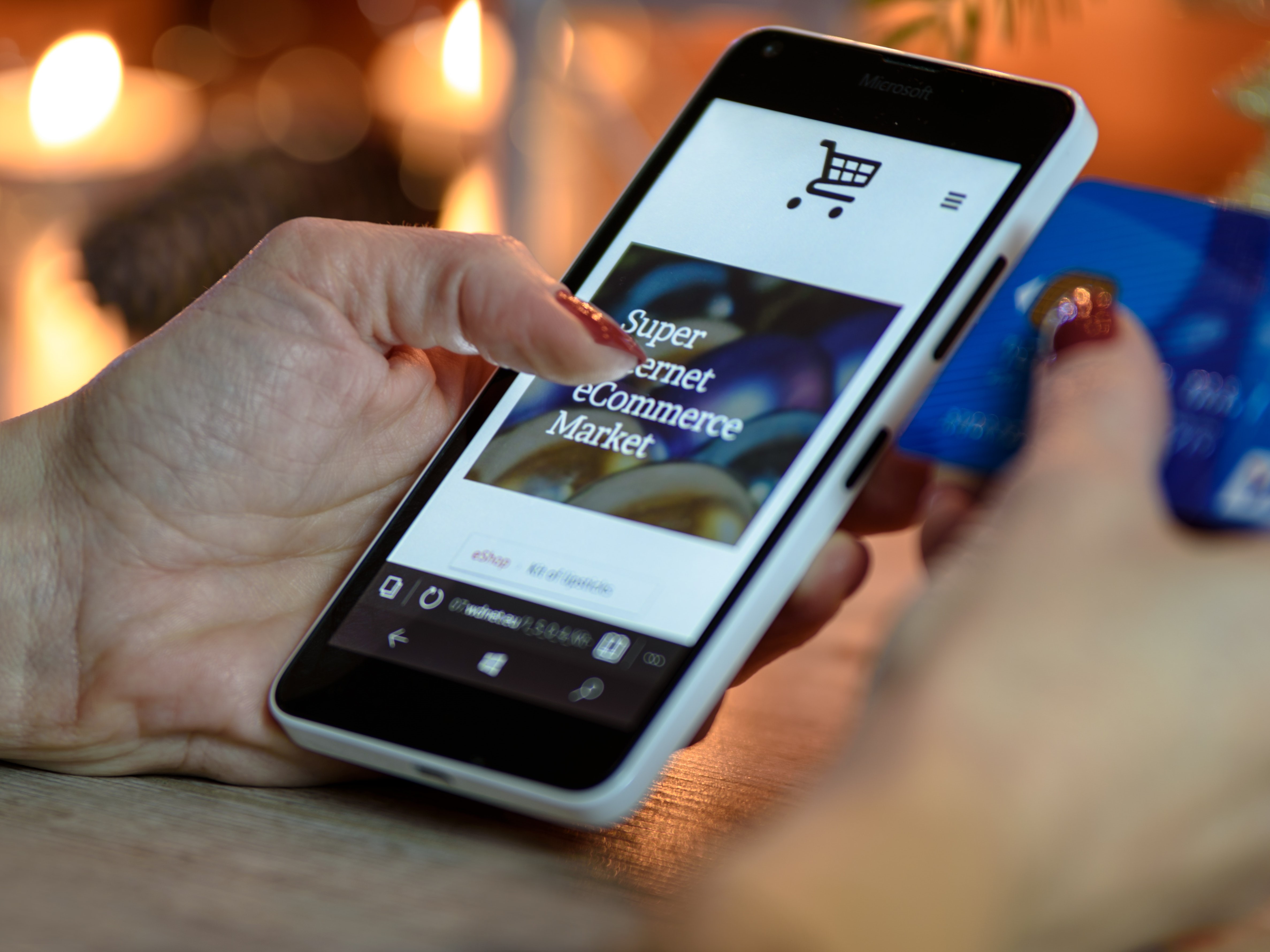 ► Against the backdrop of lavish subsidies and the rapid development of livestreaming technologies, Tmall held the biggest-ever 618 shopping festival.
► Huawei and Xiaomi were comfortably ahead of other Chinese vendors in the 618 festival in terms of smartphone and wearables sales.
► Huawei showed an abundant strength in products and consumer coverage, outplaying Xiaomi and other vendors.
► Appliance maverick GREE triumphed through its CEO’s livestreaming stunts, bringing a potential threat to Huawei and Xiaomi’s IoT strategies.

Two engines drove the consumption craze. First, to boost the economy, Tmall, along with other leading e-commerce platforms such as JD.com (JD:NASDAQ) and Suning (002024:SZ), handed out shopping vouchers generously at a CNY 10 billion level. Second, more widely applied livestreaming promos for makeup, clothing and 3C (computer, communication, and consumer) electronics products, lifted the sales to an even greater volume. Some had anticipated a downturn caused by quarantine or people’s reluctance of going to crowded malls – rather the opposite came to pass.

A currently shrinking electronics market was actively seeking its redemption during this shopping festival, however a more intense level of competition was waiting for all players. Apple (AAPL:NASDAQ), the world-leading electronics giant, joined the shopping festival on Tmall for the first time. Chinese electronics vendors such as Huawei and Xiaomi (01810:HKEX) didn’t want to be outdone as well, thus the marketing events stimulated people’s purchase desires with bare stops. 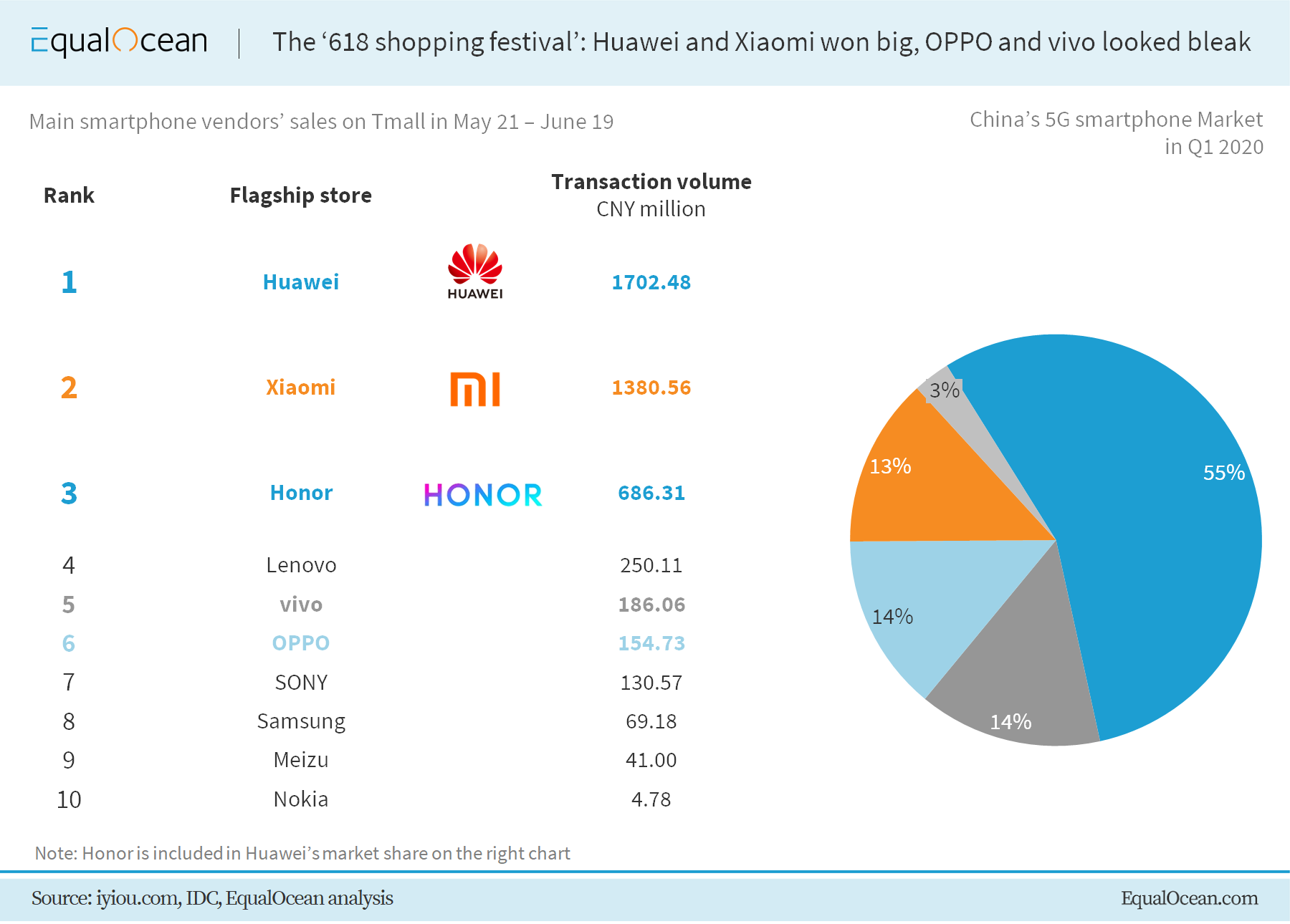 The sales of OPPO and vivo (OV) somehow stumbled this year, based on data from Tmall provided by iyiou.com, a sister publication of EqualOcean, as the two vendors did not release their official numbers for the shopping festival. It is likely that, no matter how polished one’s promotional statement is, it cannot make up for the downward slope in sales. Pushed by the pandemic, OVs had to shift their sales from offline to online, which required a bit more time for them to adjust. 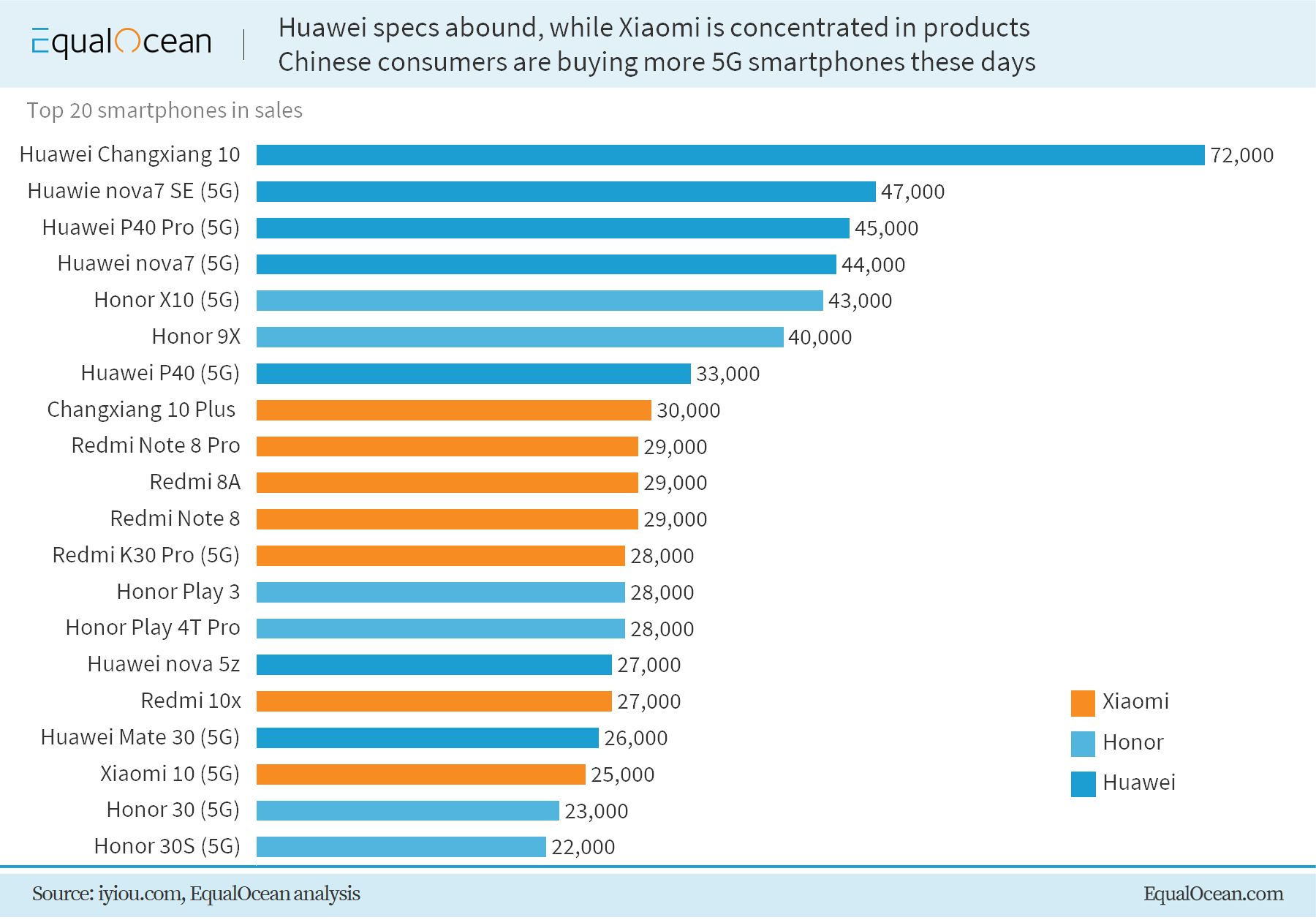 In terms of smartphones and smart wearables, the data reveals a cozy duopoly for Huawei and Xiaomi. For the smart wearables, other players such as Samsung, Huami and OPPO still have a chance of bouncing back to the top, since the wearable market in China still has a large group of new users compared with the smartphone market. 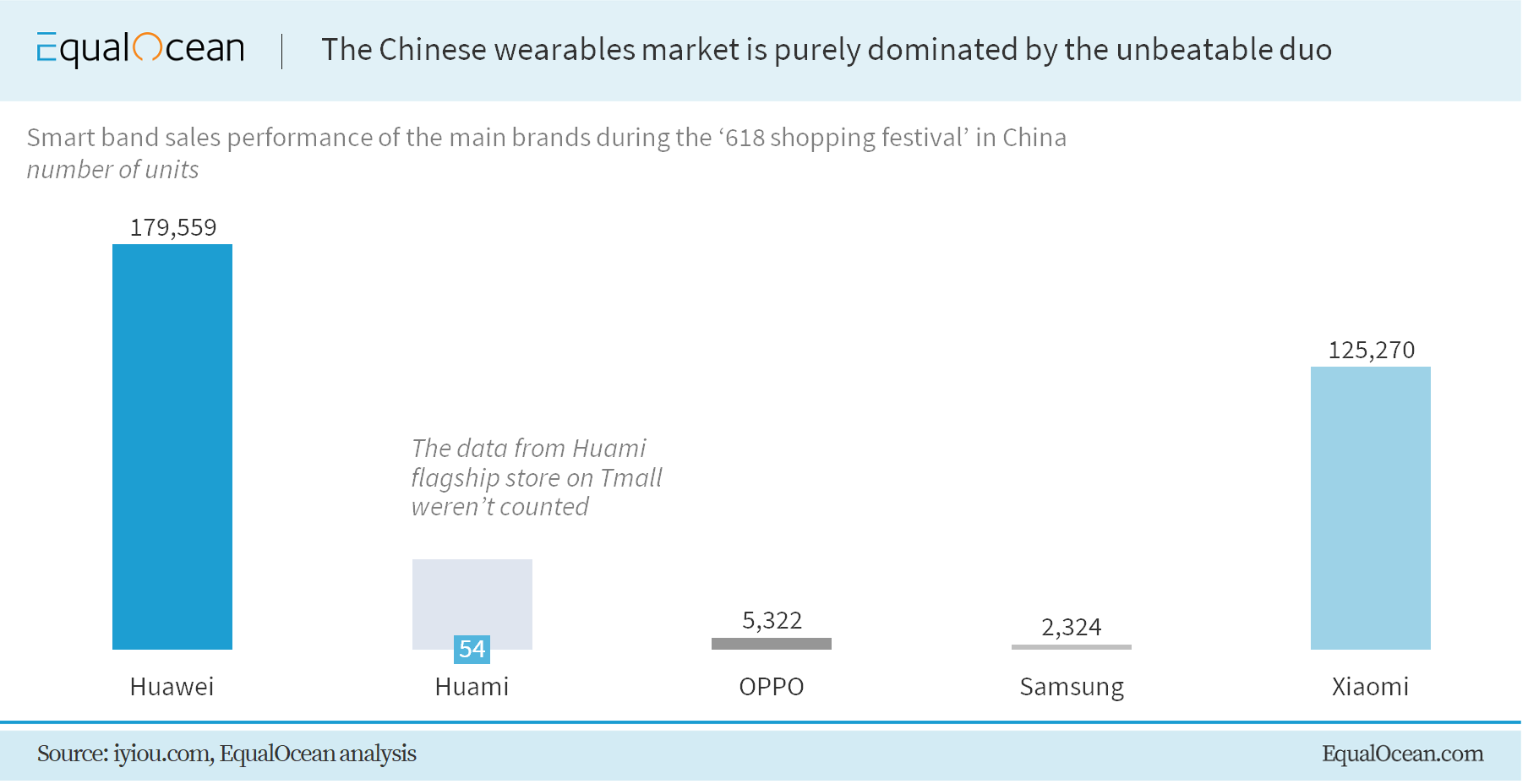 Though the 5G data and related applications have not yet shaped 5G smartphone as a necessity, the phones featured for this tech have already occupied the peak of new sales. Apparently, the demand is shaped by vendors’ tricky promotion on the new generation of communication technology. Huawei and Xiaomi somehow presented a subtle switch in terms of product layout. Xiaomi in 2020 changed the strategy of smartphones to a concentrated product route while Huawei seems to have a broader price coverage and target customer groups. Xiaomi’s Mi 10 and Redmi K30 are the only two specs that have taken most of the promotion resources. For Huawei, Y series, P series, Nova series and series under the Honor brand are all indulged by the company’s marketing department and the customers, covering unit prices from under CNY 1,000 to 7,500. Xiaomi’s overall production and sales capacity is dragging its performance behind Huawei, as it won the solid second position only by two specs. 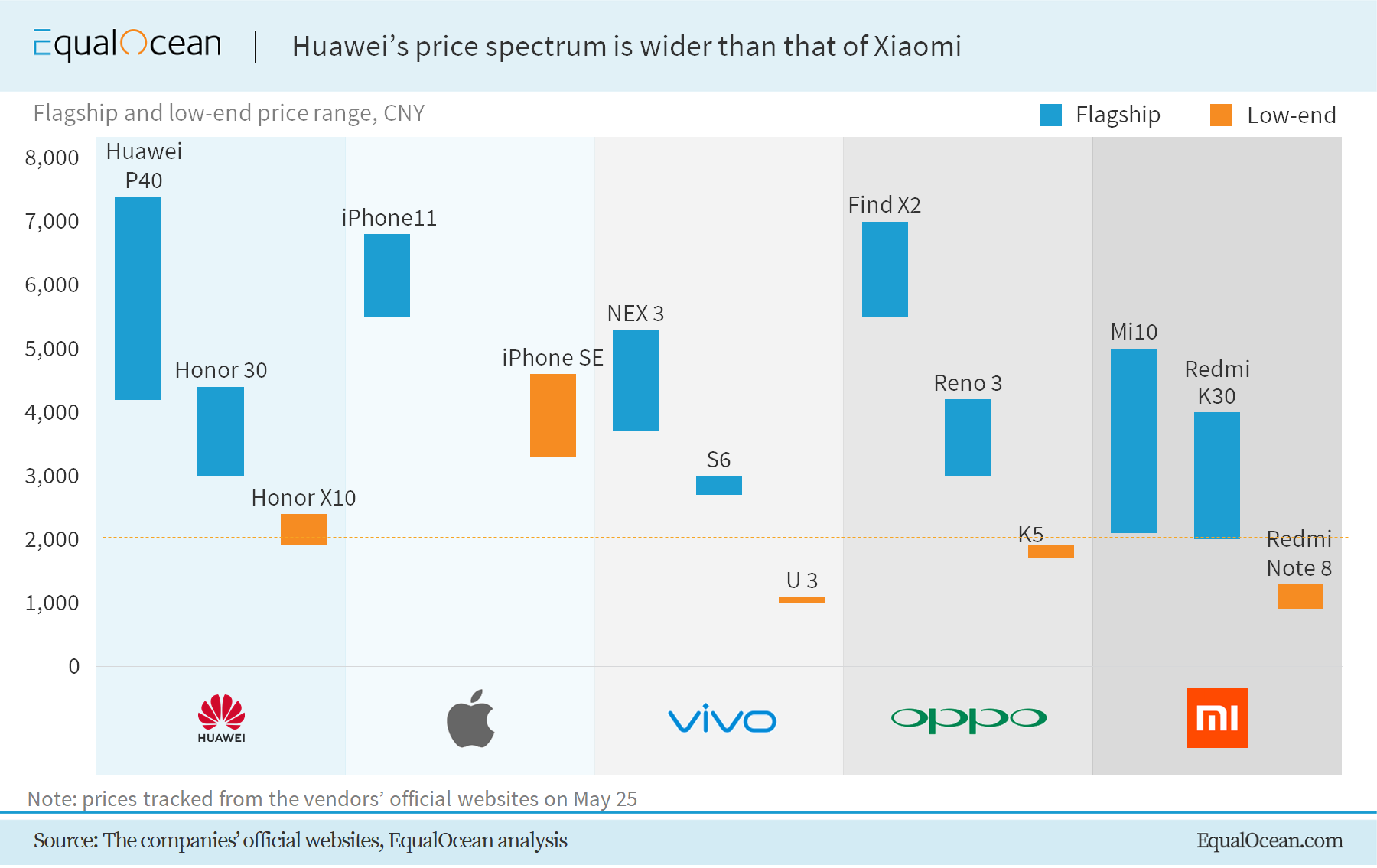 Chinese brands did a fairly great job in terms of home appliances. The top 3 positions are all taken by Chinese vendors – GREE, Haier (600690:SZ) and Midea (000333:SZ) – and left a CNY 1 billion sales gap for the fourth brand, Siemens. 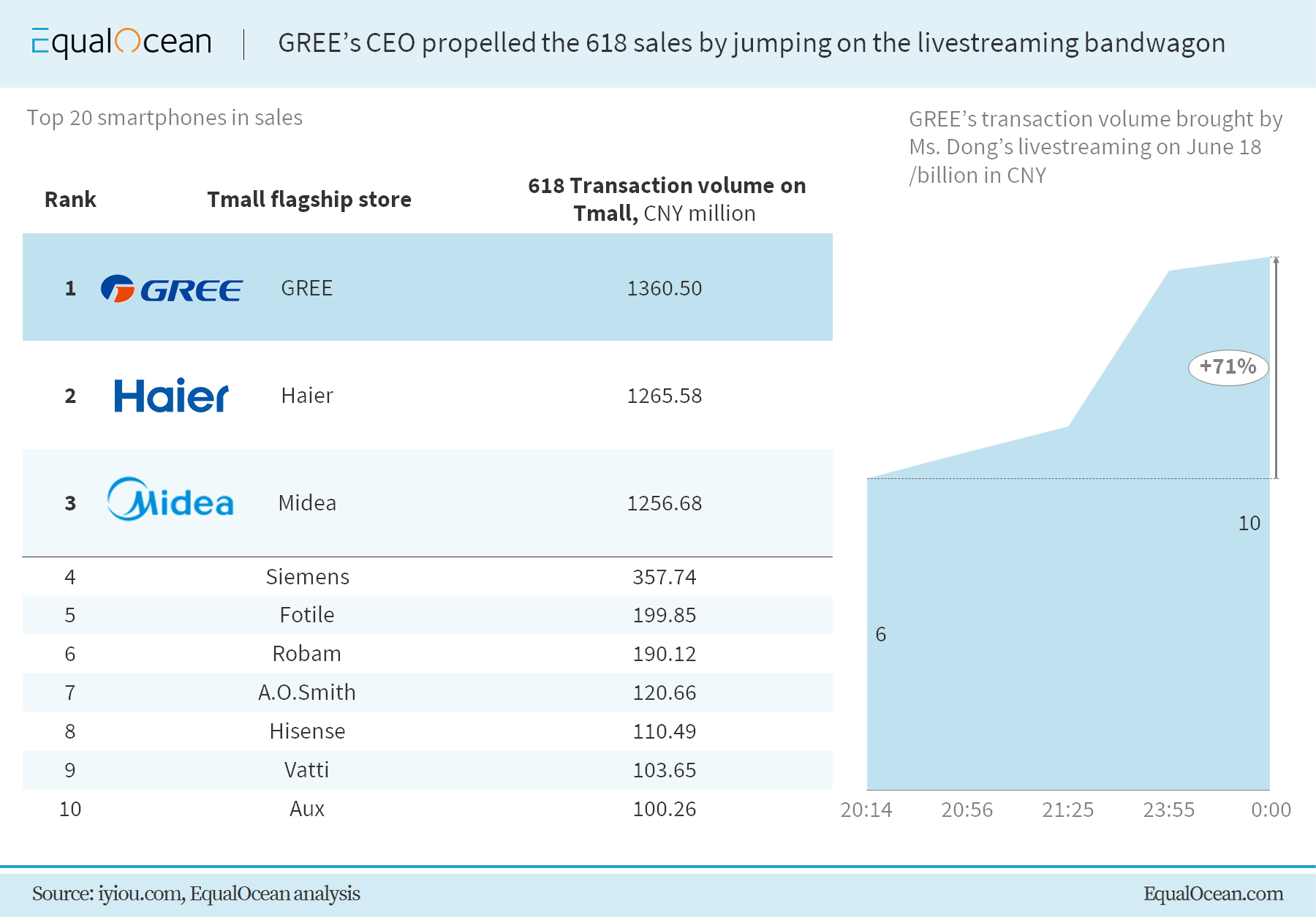 GREE should credit the sales boost in this year’s 618 to the livestreaming hype. GREE’s CEO, Ms. Dong Mingzhu, has been actively practicing livestreaming sales since April this year. After a two-month phase of testing and improvement, CNY 17.8 billion of sales were achieved through her five 618 livestreaming events. The 618 sales of 17.8 billion in 2020 represent approximately 10% of GREE’s total revenue in 2019, marking a true breakthrough in the livestreaming era.

Midea’s top managers followed GREE’s footsteps with a populist attendance in livestreaming activities. However early birds are the ones to enjoy the worm – and Midea does not seem to overachieve in online promotions. The strong branding still supported Midea and Haier with decent sales. The top 3 appliance vendors still showed a strong competitiveness, which brought potential threats to Huawei and Xiaomi’s IoT and smart home strategies.

CONTACT US
Scan QR code to contact us for professional consulting services
Next article
Futu Securities: A Worthy Investment for Tencent