The crazy revenues’ growth rate of Pinduoduo is aggressively threatening the other two giants: Alibaba and JD.com. 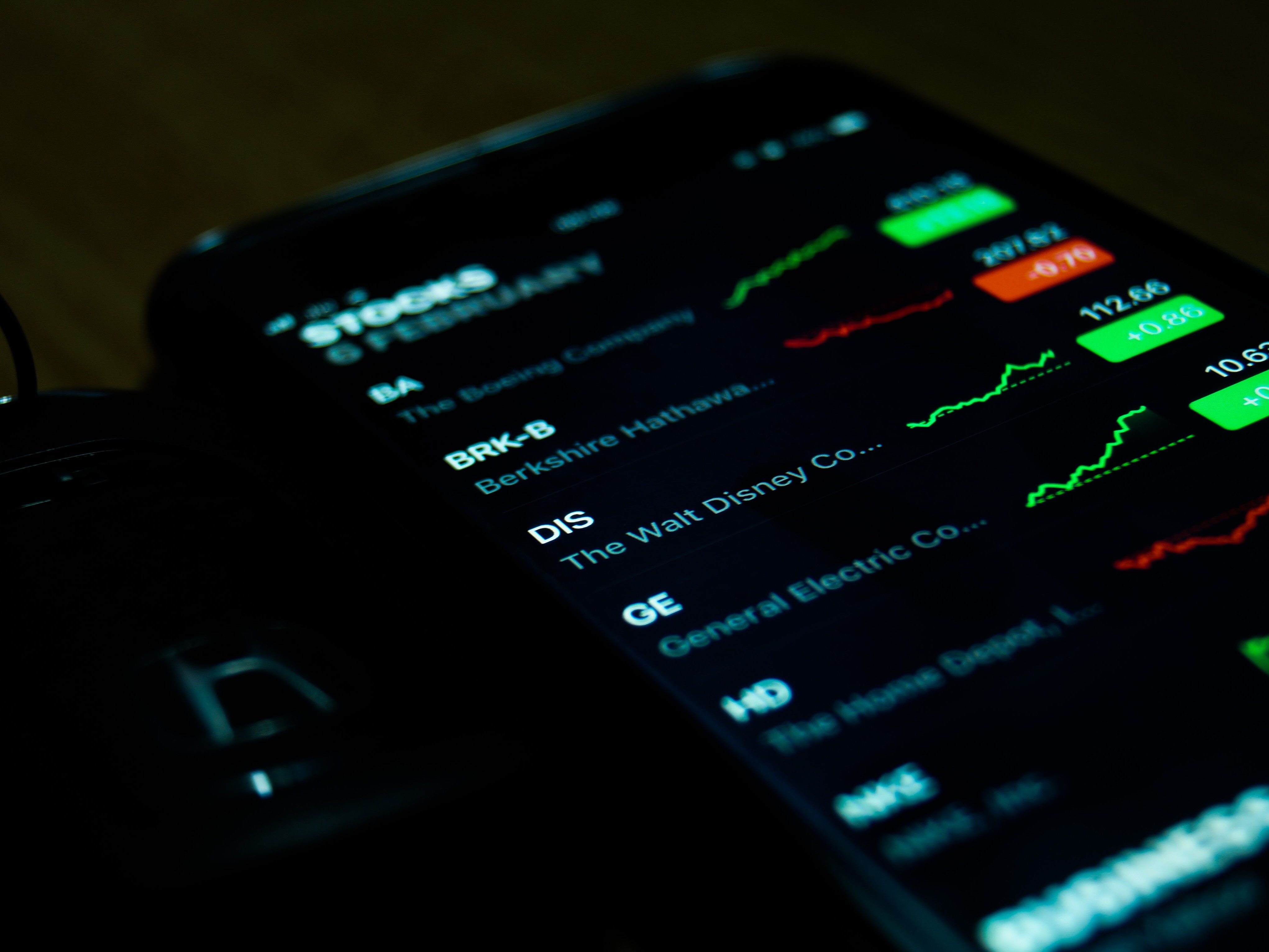 ► Although Pinduoduo is behind two other giants in terms of revenue and GMV, its annual active users have surpassed JD.com and are gradually catching up with Alibaba. 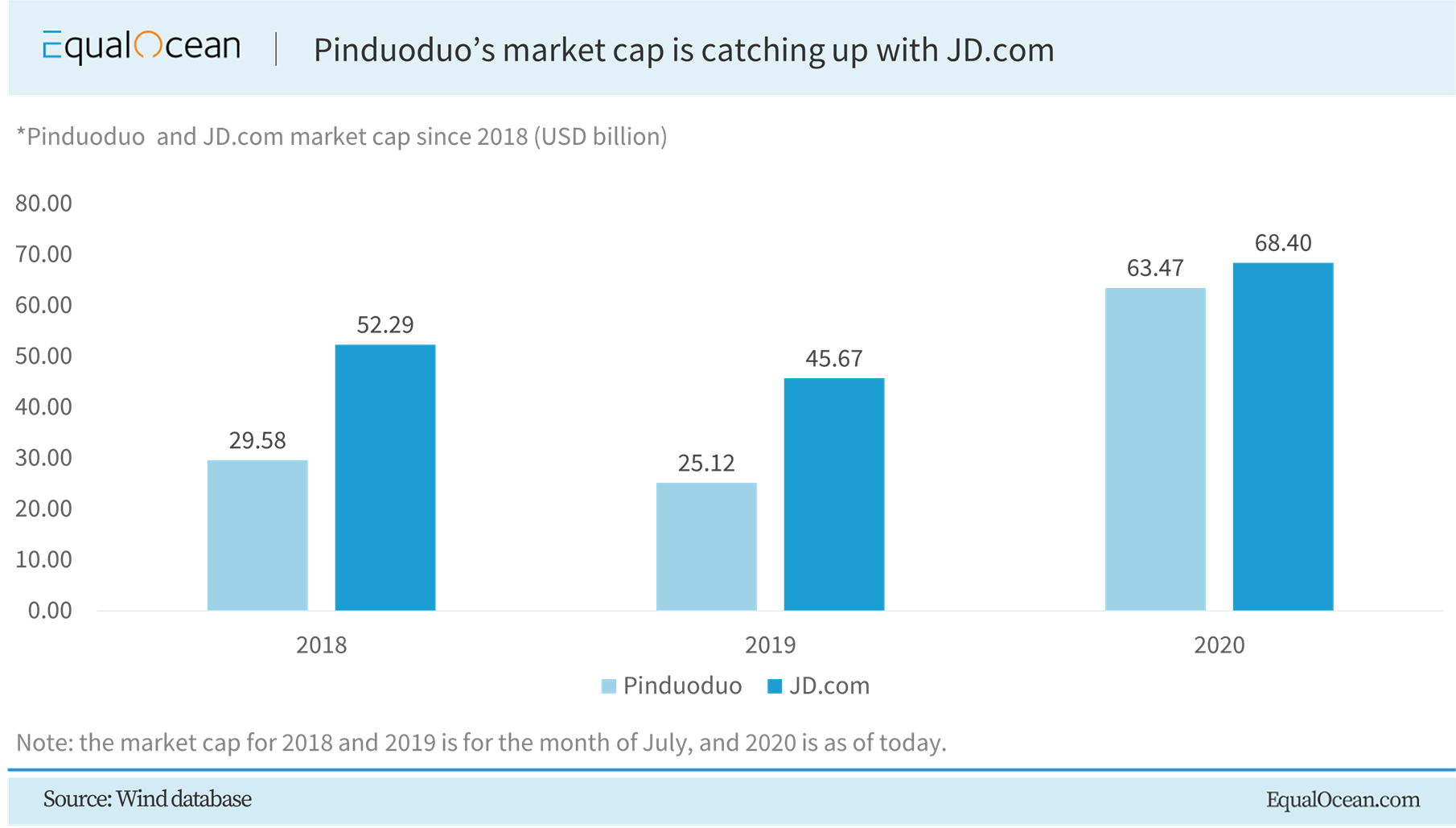 In addition to market capitalization, Pinduoduo is quickly catching up with JD.com and Alibaba regarding active users. In the fourth quarter of 2019, Pinduoduo's AAU rapidly climbed to 585.2 million, surpassing JD.com’s 362 million, and close to Taobao’s 711 million.

According to App Annie’s list of global top apps in the first quarter of 2020, in terms of monthly active users, Pinduoduo rose by two places and surpassed Taobao for the first time to rank ninth, while Taobao fell two places to rank tenth.

With the rapid development of Pinduoduo in recent years, both Alibaba and JD.com have felt the threat and are taking a series of measures.

In order to fight the sinking market of Pinduoduo, Taobao Special Edition (淘宝特价版) was officially released on March 26. In the last week of March, the active users of Taobao Special Edition increased by 47%, which was 24 times the increase of Pinduoduo in the same period. Among the Taobao special edition orders, the sinking market accounted for more than 70%.

In April, JD.com launched the ‘JD.com Extreme Edition,’ (京东极速版) which is geared towards the sinking market. This app’s products and supply chain originate from JD.com as well. Although there is no data released yet, it signifies a strong resistance to Pinduoduo’s rise.

These three giants also compete in logistics. During the epidemic, when e-commerce platforms were subject to logistics compliance issues, the normal operation of Jingdong Logistics made JD.com the first choice for many consumers. This recognition is likely to continue until the end of the epidemic, driving the other two to grab such opportunities.

On April 19, Pinduoduo announced that it will subscribe for USD 200 million of convertible bonds issued by Gome Retail, with a term of three years and a coupon rate of 5% per annum. This strategic cooperation will compete with Jingdong Logistics through Anxun Express under Gome.

According to Yunda’s 2019 annual report released on the evening of April 29, Alibaba has become one of its shareholders with a shareholding ratio of 2%. Prior to that, Alibaba also successively acquired part of the equity of STO Express, YTO Express, Best Express and ZTO Express. Thanks to the cooperation, the average revenue growth of five Express Companies in 2019 is significantly ahead of the industry average, exceeding 25 percentage points.

The three major companies are stepping into each other’s strengths, to take a bigger slice of the ‘e-commerce cake,’ but the strategies of the three companies are still different. Pinduoduo pays attention to low-price commodities and implements a group buying strategy through WeChat's powerful traffic entrance. The more people in the group, the much cheaper the goods are. Similarly, products on Taobao are not high-quality. This is why Pinduoduo and Taobao is added again to the ‘2019 Review of Notorious Markets for Counterfeiting and Piracy’(Blacklist) released by the US Trade Representative’s Office.

In order to get rid of the ‘fake’ label, Pinduoduo officially reached the authentication service cooperation with the two major domestic shoe authentication platforms ‘get’ and ‘knowledge’ on April 20. There is still a long distance to the reputation and quality of JD.com products. Besides, the firm also launched a new WeChat mini-program, quite similar to Xisohonshu, which focuses on high-quality products, and is recommended by people. The gap between Pinduoduo and JD.com both in reputation and quality is actually getting smaller.

Pinduoduo has apparently become one of the top three domestic e-commerce giants, but the companies’ revenues are all generated from commissions in merchants’ sales and advertising. While both Alibaba and JD.com run business in cloud computing and digital media. According to the 2019 and quarterly financial reports, Pinduoduo still has a long way to catch-up with Alibaba and JD.com.

Alibaba’s revenue reached nearly 16 times that of Pinduoduo. Even if only considering the income of both companies’ e-commerce business, the numbers of Alibaba has reached nearly 8 times that of Pinduoduo. In terms of transaction scale in the fourth quarter of 2019, the total GMV of Pinduoduo in the past 12 months exceeded trillions for the first time, reaching CNY 1006.6 billion. Compared with JD.com's CNY 20854 billion in the same period, Pinduoduo still has a long way to go.