Byton Might Not Start to Deliver Its First SUV Until 2021

They started with an SUV because the SUV is the fastest-growing and most profitable vehicle segment in essentially every market. 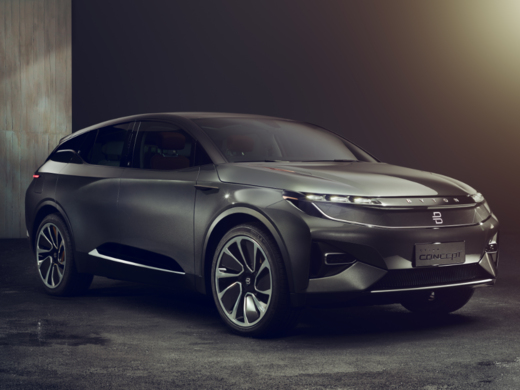 Byton is a Chinese electric carmaker which is established in 2016, co-founded by former BMW veteran Carsten Breitfeld.

Its global headquarters, intelligent manufacturing base, and R&D center are located in Nanjing, China. The company’s vehicle concept and design center are located in Munich. BYTON also has offices in Beijing, Shanghai and Hong Kong to handle external affairs, marketing, sales, design and investor relations.

“Byton was created to be a provider of mobility. Earnings will come from selling ‘mobility’, not just selling cars. Byton is about electric cars that are smart, connected, and autonomous. The car will become a platform—a smart device on wheels. This platform can be used to sell digital content generated from data, and those products will be designed for shared mobility.” According to Carsten Breitfeld’s interview by McKinsey, who is the co-founder and CEO of Byton.

Byton's first production model, the M-Byte SUV is set to debut in China by the end of this year, with US and European launches to follow in mid-2020. They started with an SUV because the SUV is the fastest-growing and most profitable vehicle segment in essentially every market. The technical platform for this one will be the platform for our sedan, which will come second, and our seven-seater.

The company revealed new details about it at the Consumer Electronics Show (CES) 2019 in Las Vegas. It will be equipped with the world’s largest in-car display for a production automobile, which is a 48-inch-wide dashboard video display.

Byton claimed that the dashboard displays vehicle and driving information and offers various content options in an intuitive way. And the position of the display has been carefully developed and tested to not affect driver line-of-sight and can automatically adjust brightness according to changes in ambient lighting to avoid further distraction.

In all, the M-Byte has five screens in the car, including a touch screen floating atop the steering wheel, a screen between the driver’s seat and the front passenger’s seat, and two screens for back seat passengers. Amazon’s Alexa will provide voice control for the car.

However, the M-Byte model displayed at the CES isn’t the final version. Byton announced that it has received more than 70,000 pre-orders for the car, which the firm puts at a starting price of USD 45,000 with a 71 kWh battery capable of around a 250-mile range.

Automobile manufacturing is a project with great investment, Byton secured a $500 million Series B funding round from investors FAW Group, Tus-Holdings and CATL in June 2018.

Ramp up production quickly is crucial for Byton, as a result of government manufacturing restrictions for new car makers in China, startups are counting on existing manufacturers to help them make cars.

FAW Huali has been suffering depression in profitability in recent years with its annual revenues slumping from CNY 94.75 million in 2015 to CNY 45 million in 2017. Meanwhile, required the transferee to promise to liquidate the debt of no less than CNY 800 million for FAW Huali.

The plant is being constructed in Nanjing, China and will have a capacity to produce 300,000 vehicles per year. The main body of the factory, which includes the stamping, painting, welding, assembly, and the battery is currently under construction. Manufacturing equipment in the factory will be supplied by AIDA Engineering of Japan, and KUKA and DÜRR of Germany. The company is also working with key strategic investors FAW and CATL, and suppliers Bosch, BOE, and Faurecia.

Byton Might Not Start to Deliver Its First SUV Until 2021

Carsten Breitfeld also said that China is the place where the future of mobility will be shaped, developed, and designed, for four reasons. There’s a lot of money, and its investors are prepared to invest not just in early-stage companies but also in teams and ideas. Byton raised $240 million in A-round funding from Chinese investors, based just on a design we had as a team and on a business plan. This would never happen in Europe, and rarely in the United States. Also, the Chinese government wants future transportation to be electric and smart.

Byton will use a hybrid direct sales model and combine online channels such as their smartphone app with offline channels, such as the new ‘Byton Places’. In practical terms, Byton opened its first offline store in Shanghai early this year and plans to expand to 30 locations by the end of the year. In order to use the stores to set up and increase its online sales and service network.

According to Byton, the next store is to be opened in Chongqing in the middle of this year, after which the stores will open in rapid succession across the rest of the nation, including Beijing, Guangzhou, Shenzhen, Nanjing, Hangzhou, and Chengdu, in Europe and North America is scheduled for 2020.

There is no doubt that China is the biggest electric vehicles market in the world, enterprises could get opportunities for developing their careers. Also, it is a crowded market, with so many electric vehicle manufacturers in China, like NIO and Chehejia motors. BYTON, NIO, and Chehejia motors were established at almost the same time, however, BYTON only started mass production this year for the company kind was lagged behind in the race because of its founder quit. So, how will Byton stand out?

The author believes the huge screen from left to right is really awesome and competitive, but with less than 700 million USD investments, BYTON’s financial situation would not be that optimistic due to the high expense of the luxury team. Also, it is still a question whether Byton will be able to raise enough funds to keep the company alive and eventually really start producing EVs. According to the orderliness of market development in the past, if Byton’s factory could input manufacturing at the end of this year, it will be delivered the first SUV to customers in 2021.