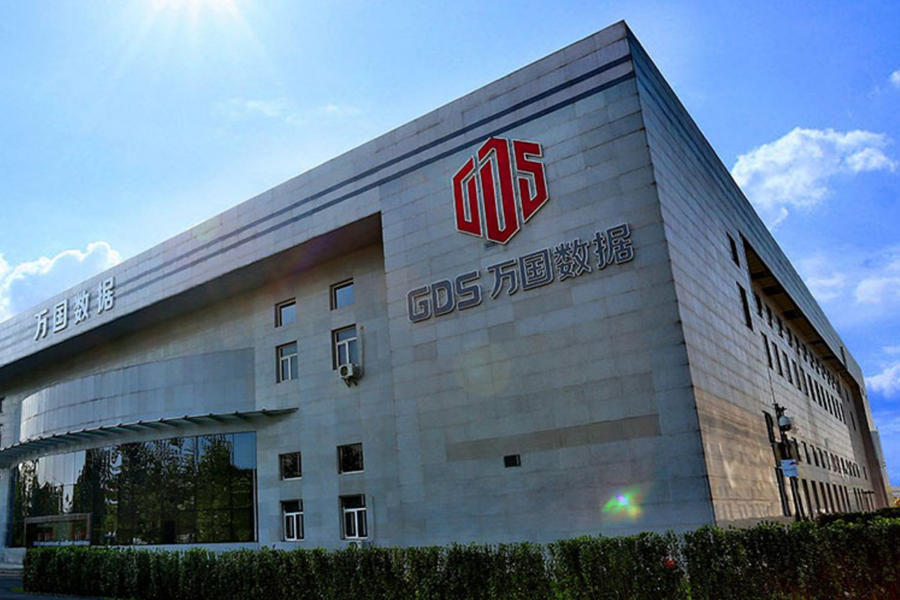 SHANGHAI, China, Feb. 21, 2022 (GLOBE NEWSWIRE) -- GDS Holdings Limited (“GDS Holdings,” “GDS” or the “Company”) (NASDAQ :GDS; HKEX: 9698), a leading developer and operator of high-performance data centers in China, today announced that it has entered into agreements to sell US$620 million in aggregate principal amount of 0.25% convertible senior notes due 2029 (the “Notes”) to Sequoia China Infrastructure Fund I (“SCIF”), ST Telemedia Global Data Centres (“STT GDC”), and an Asian sovereign wealth fund which has a strategic relationship with GDS (collectively, the “Investors”).

In conjunction with SCIF’s investment in the Notes, GDS and Sequoia Capital China (together with its affiliates, “Sequoia China”) have entered into a Strategic Cooperation Agreement pursuant to which GDS and Sequoia China will identify and pursue collaborative opportunities for business synergies between GDS and Sequoia China; the development and implementation of GDS’s regionalization strategy; and strategic acquisitions and investments in the internet data center business in China and overseas.

The Notes will mature on the seventh anniversary of the issuance date, which will be on or about March 8, 2022. The conversion price will initially be US$50 per American Depositary Share (“ADS”), corresponding to an initial conversion rate of 20 ADSs per US$1,000 principal amount of the Notes, subject to customary anti-dilution adjustments. The conversion price represents a premium of approximately 20% to the volume weighted average price of GDS ADSs traded on NASDAQ for the 20 trading days immediately preceding the signing date. The Notes will be convertible into ADSs or Class A ordinary shares of the Company (each ADS represents eight Class A ordinary shares as of the date hereof), at the option of the holders, at any time prior to the close of business on the third scheduled trading day (or the fifth scheduled trading day, if the converting holder elects to receive Class A ordinary shares in lieu of ADSs) immediately preceding the maturity date.

Each Investor has agreed to a lock-up of twelve months with respect to the Notes as well as the Class A ordinary shares and ADSs into which the Notes may be converted and has further agreed not to engage in any hedging, short selling or derivative transactions with respect to the Notes, Class A ordinary shares and ADSs for twelve months from the date of the issuance of the Notes.

The Company intends to use the net proceeds from the placement of the Notes for the development and acquisition of new data centers, general corporate purposes and working capital needs.

“I am very pleased to secure this capital to support our business growth,” said Mr. William Huang, Chairman and Chief Executive Officer of GDS. “Furthermore, I am very pleased to have done it in a way which adds value to GDS and strengthens our investor base. We welcome Sequoia China, a renowned name in the investment community, as our new investor and look forward to working with them to seek further business opportunities and synergies. We also very much appreciate the on-going support from our longstanding strategic shareholder and partner, STT GDC.”

The transaction is expected to close on or about March 8, 2022, subject to the satisfaction of certain customary closing conditions and the receipt of customary corporate and regulatory approvals.

The Notes, the ADSs deliverable upon conversion of the Notes and the Class A ordinary shares represented thereby have not been registered under the Securities Act of 1933 or any state securities laws. They may not be offered or sold within the United States or to U.S. persons absent registration or an applicable exemption from registration. This press release shall not constitute an offer to sell or a solicitation of an offer to purchase any of these securities, nor shall there be a sale of the securities in any state or jurisdiction in which such an offer, solicitation or sale would be unlawful.

J.P. Morgan acted as sole placement agent to GDS in connection with the private placement.