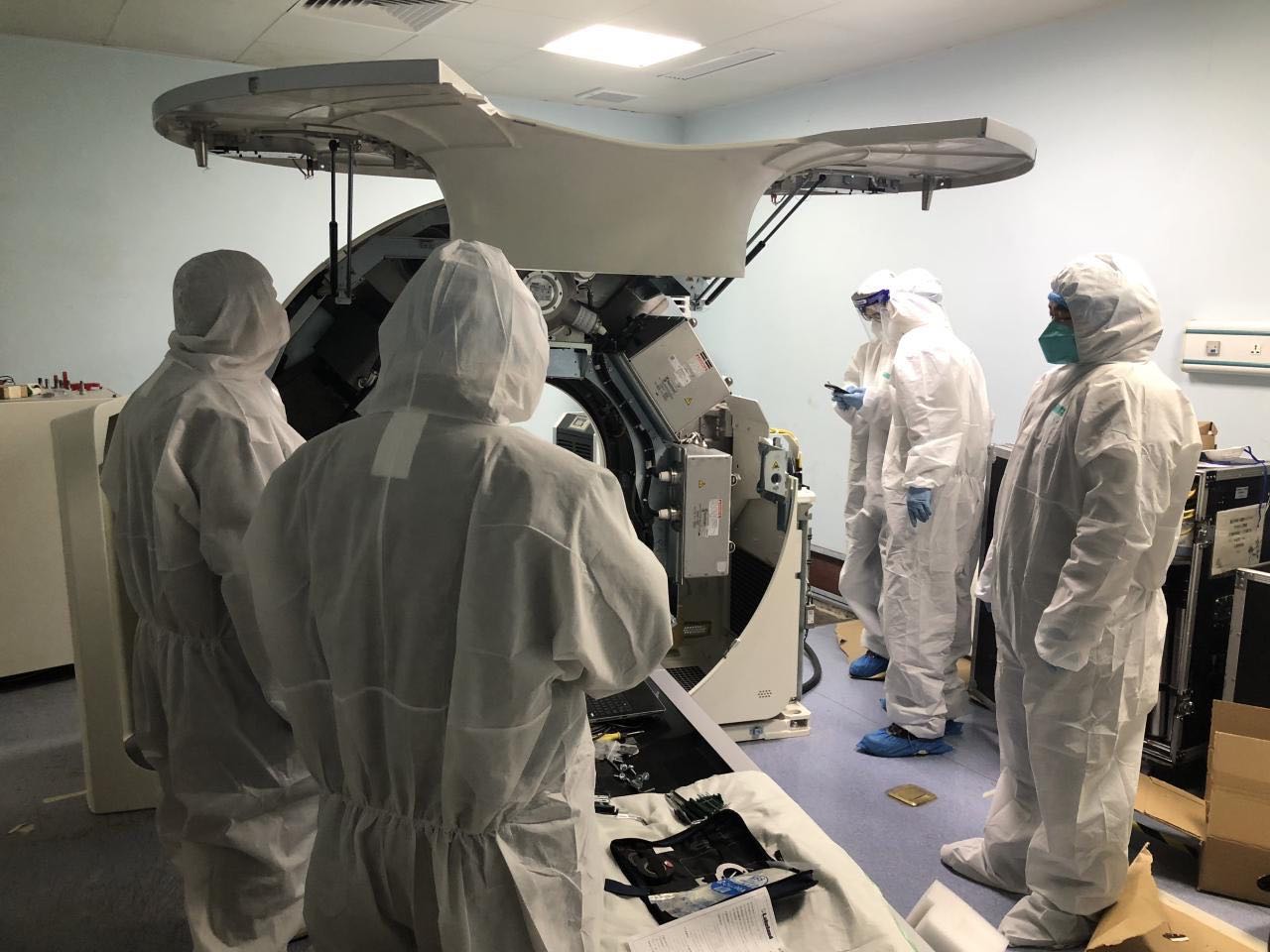 An up-and-coming Chinese medical imaging firm has announced that it has equipped the new coronavirus-fighting focused hospital with CT Scanners and X-Ray machines, to speed up the tedious diagnostic process. United imaging had previously initiated its CNY 5 billion worth R&D facility in Wuhan in April 2019, eight months before the outbreak of the deadly coronavirus.

To respond to the crisis, an emergency field hospital is being built in “less than 10 days” in Wuhan, at what some call "Chinese speed." United Imaging completed the installation of their tools while the hospital was under construction, within half the time it usually takes to install the equipment, it said.

Medical imaging supported diagnostic solutions possess tremendous importance for frontline hospitals in the afflicted region. Complicating this is the fact that the symptoms of the new virus are similar to other fast-spreading diseases like flu, complicating the process and creating excess demand due to a large number of concerned patients who need to be assessed.

United Imaging (联影医疗) has a strategic value for China in the sense that it is the only domestic company that has been striving to break the foreign monopoly in high-end, expensive and sophisticated medical imaging devices – applications include familiar machines such as MRI scanners, CT and radiotherapy devices. They have also been developing a medical cloud and IT solutions.

It is backed by the state-backed funds, as expected, as well as wealthy private equity investors. The medical imaging giant has secured over CNY 3.3 billion to date from a plethora of investors, including CICC and CITIC Securities. It has also issued an undisclosed sum of preferred stocks to a virus-hit Hubei province-based investor in March 2018.

Chinese medical device makers have long been producing "globally competitive" products in several areas, but medical imaging. China is notorious for its long waiting times, poor diagnosis rates and medical data privacy-related problems in MI. Not all hospitals can afford the foreign-made devices – a common phenomenon even when China isn't sneezing. Philips, GE Healthcare and Hitachi are foreign companies that have been setting up Chinese hospitals.

Wuhan, the 11 million-strong city in the province of Hubei, is experiencing a catastrophic medical demand. Chinese authorities had to build multiple hospitals in less than two weeks to address the growing number of cases in the city: the two key facilities are Huoshenshan and Lieshenshan hospitals, with both over 1,000 beds. Yet Wuhan alone had over 8,000 confirmed coronavirus cases as of January 5, 2020.

The National Health Commission recently announced the mortality rates of the new coronavirus as 3.0% for Hubei province and 0.17% for the rest of the country,  tragically revealing once again that it is not only viruses that claim lives, but also lack of access to medical equipment and adequate care.