Yuanpu Huang: Looking into China's Entrepreneurship and Innovation in 2023

On November 30, the boutique consulting firm AYO Innovation Consulting hosted the AYO 500FOR 500 ceremony in Shanghai to promote cooperation between multinational companies and the local startups. Yuanpu Huang, the founder and CEO of EqualOcean, delivered an inspiring speech with the theme of "China's Entrepreneurship and Innovation in 2023" and here we present the edited transcript. 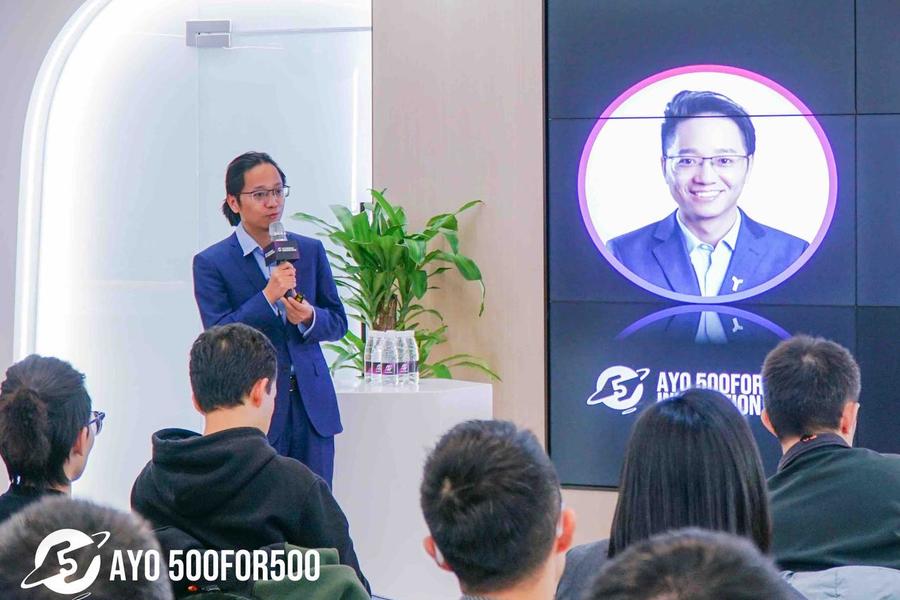 Thanks to AYO Innovation Consulting for the invitation!

EqualOcean is committed to connecting China and the world. On the one hand, we provide macro, meso, and micro insights from various countries and markets across the globe through EqualOcean's Chinese website so that we can help Chinese companies better go abroad/globalized. On the other hand, we actively broadcast Chinese entrepreneurial and innovative insights covering multiple industries overseas via our English terminal to help global companies seize China's opportunities.

As a part of the "innovation chain,” EqualOcean has been following entrepreneurship and innovation in China since 2014 and has witnessed and experienced several waves of startup innovation. Recently, our team has been discussing China's startup innovation trends in 2023, and I am more than willing to share some of my views at today's event.

First, let's analyze the macro environment and policies, which have the most profound effects on China's entrepreneurship. At the end of November 2022, most entrepreneurs are pessimistic, at least from the data I got: I have visited more than 30 companies in the past two months, and over 80% of the entrepreneurs held a downside view. However, the overall picture here in 2023 is still acceptable based on the forecasts given by top research institutions and investment banks: China's GDP is projected to grow at 4.5% to 5.2% in 2023, about 1.5 higher than it was in 2022.

This is not to say that the confidence will be restored immediately once we marched into the new year, as it is generally expected to start heating up only after Q2 (or, more pessimistically speaking, Q3). Our analysts interviewed several heads of the market-based venture capital firms, most of whom believed that the market would be active again only after April 2023. The logic is based on the expectation that there will be some fundamental changes after the "Two Sessions" next year.

It can be expected that the overall situation of Chinese's startup financing in the next quarter will not be that favorable, making it an important survival test for most startups. In fact, 2022 has already seen a wave of massive layoffs in China's technology and internet sector. With the recent sentiment of significant downsizing in Silicon Valley, it seems that there will be another wave of job cuts among the startups in China around the Spring Festival in 2023. That's pretty sad.

In general, our Chinese government has been very encouraging of entrepreneurship and innovation, as we can see from the move of promoting high-quality and upgraded entrepreneurship and innovation in 2014, to the continuously raised position of innovation in the nation's development strategies. Apart from the increased support, the policy has now turned its focus on hardcore technology and the real economy. Insiders expect the new leadership to introduce more robust initiatives to stimulate the economy and encourage innovation after the "Two Sessions" in 2023.

Under this general direction, the capital structure supporting entrepreneurship and industry innovation will also change dramatically. Capital with government or state-owned backgrounds will have a strengthened position in 2023, and a new round of strategic government-guided industrial funds is expected to accelerate in 2023.

EqualOcean believes that US-China relations will be relatively stable in 2023, and Chinese startups' IPOs to the US will resume on a large scale. Still, the role of the Dollar Fund in Chinese entrepreneurship and innovation will likely continue to decline.

Looking ahead to 2023, in addition to the hardcore technology sectors represented by the semiconductor industry, operating systems and artificial intelligence, along with some other long-cycle sectors such as healthcare and new materials, EqualOcean is equally focused on the following key areas.

The Chinese government is very serious about its commitment to achieving carbon peaking and carbon neutrality goals. Based on this, a few great opportunities for entrepreneurship and innovation are already emerging in order of priority. New energy vehicles have achieved massive explosive growth since 2020, but it will be too late to make it a try in this field in 2023, and the same applies to the IoT industry. To put it differently, more opportunities will come from the industry chain's upstream and downstream, reconstructed around new energy vehicles and intellectual network connections.

Energy storage is another trendy sector now. When I was visiting Shenzhen, a friend who is an FA said that 50% of the projects financed in the Pearl River Delta are related to energy storage. EuqalOcean expects that the number and funding proceedings to be disclosed in this field will be promising in the forthcoming year.

With continuous breakthroughs in technology and cost, photovoltaic and wind power will continue to grow at high speed in 2023. Although the barriers to entry have increased sharply and ordinary entrepreneurs are no longer approved, there are potential opportunities for entrepreneurial innovation in the vertical industrial chain as well as the horizontal direction of going global.

The COVID-19 pandemic has accelerated China's digitalization process across industries, and the impetus to further promote the digital economy will continue into 2023. In this general direction, three keywords worthy of attention in 2023 are information technology application innovation, smart manufacturing and SaaS respectively.

The concept of information technology application innovation is broad, and those related to digitalization/digital economy include cloud services, software, database, and information security, to list but a few. These fields are currently in the process of "domestic substitution" and "independent innovation," and there is a lot of room for innovation and large market opportunities for Chinese startups for sure.

There is an overlap between smart manufacturing and SaaS. If we look at SaaS separately, the year 2022 will be the trough for this sector with little attention. However, according to EqualOcean, there are more than 30 SaaS startups in China whose annual recurring revenue (ARR) exceeded CNY 100 million (USD 13.95 million) in 2022, and around 10 companies documented an ARR of more than USD 50 million. The growth rate is not bad for me. In 2023, we predict that more SaaS startups will be able to meet the threshold to conduct a stock listing, and if the capital market picks up in the second half of 2023, some of them will achieve IPO.

In 2022, China's economic growth is mainly driven by investment and exports, while consumption fails to play its role. Looking ahead, the export growth is expected to slow sharply in 2023, and consumption must fill the slack. As more measures are taken to stimulate consumption in the following quarters, consumption is deemed to recover gradually. Regarding entrepreneurship and innovation, the year 2023 is not optimistic overall, while a few potentials may exist.

First, consumers have more intention of saving, and goods at affordable prices are generally more popular. This gives rise to a few new consumption forms; for example, supermarkets selling food near their expiration date at a discount are making their presence. In addition, affordable alternatives to high-end products have also started to take the upwind. There are not only Chinese brands mimicking big foreign brands, more and more high-end foreign brands also take a new way to reverse this effect in attracting Chinese consumers. Consumer grading has also become more obvious in these years.

Moreover, many consumer brands previously were highly valued, but with a huge shift in the valuation logic of consumer brands over the past two years, some of the new brands will stand out and gain attention from both capital and consumers in 2023. While for those brands stuck in the trap of high valuation but low growth, they will barely be able to turn over. EqualOcean believes that 2023 will see a wave of new brands entering the early investment stage under the new logic (i.e., moderate growth and reasonable valuation). In the medium to long term, there will still be plenty of room for innovation in China, the world's largest consumer market.

This is the direction EqualOcean attaches the greatest focus, which belongs to the market innovation (i.e., opening up new markets) mentioned in Schumpeter's Innovation Theory.

Globalization has gone far beyond the concept of cross-border e-commerce, covering physical goods to SaaS, professional services and so on. We firmly believe that globalization is the only way to upgrade enterprises in the new era.

EqualOcean is bullish on startups driven by brand plus technology, and our focus is the new generation of global entrepreneurs with an international vision. Specifically, in categories that can be quantified or defined by technology or products (e.g., consumer electronics), Chinese brands will quickly catch up with international brands in terms of performance.  Combined with the gradual improvement of branding capabilities, the gap with foreign counterparts will further narrow, and there is also a great opportunity to exceed or replace them. However, in categories that rely on sensual and spiritual experiences (e.g., cosmetics, luxury goods), our local brands have a long way to go.

From my point of view, we don't think Web 3 has a suitable environment for development in current China, and the virtual currency bubble will burst further in a day or two.

For metaverse, it's still in its infancy here in China; virtual reality (VR) and augmented reality (AR) are also far from booming in China, so the coming 2023 will still be a tough year. While for other cutting-edge, disruptive technologies like carbon capture and quantum computing, there is more room for imagination. 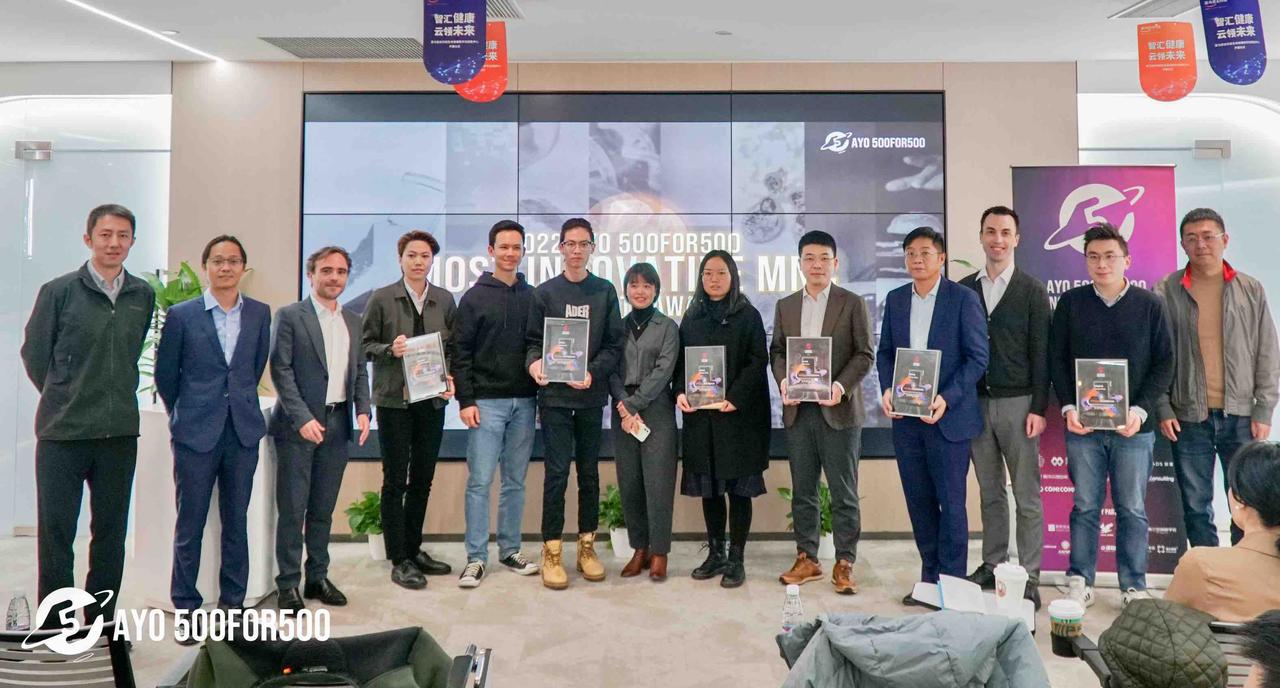 In a nutshell, China's entrepreneurial innovation ecosystem is still in the process of rapid evolution. Compared with 2012, or a decade ago, it is obvious that we have made significant moves in almost every aspect, from policies, capital, and talents to culture, infrastructure and intermediate service providers. Therefore, we shall be optimistic about the prospects of China's entrepreneurship and innovation prospects in the new decade starting in 2023.

The story in the Chinese version has shifted from rapid economic growth and demographic dividend in the previous decade to the current largest consumer market in the world, along with the engineer dividend. In this new chapter, EqualOcean believes that world-class consumer brands and technology companies with core technologies and global competitiveness will emerge in China at scale.

EqualOcean focuses on serving Chinese companies on their road to globalization and helping overseas companies and organizations to grasp China's development opportunities. It believes in the value of globalization, with the mission of connecting China and the world.

We have previously served multinational companies such as Intel, Carlsberg, Amazon, GlaxoSmithKline and Michelin Tires, providing them with customized research reports and events on Chinese industry innovation.

Any companies that need to expand internationally or have interests in Chinese entrepreneurship and innovation are more than welcome to contact us directly.

Thank you all for listening!