Immunotherapy in China: A Rising Star in the Field of Cancer Treatment

Immunotherapy is emerging as a powerful weapon in fighting cancer by restarting and maintaining the cancer-immunity cycle to identify, control and eliminate tumor cells rather than killing them directly.

Cancer is a significant public health problem worldwide and one of the most common causes of death in China, with annual relevant medical expenditure exceeding CNY 220 billion (USD 30.72 billion), according to the data revealed by the National Cancer Center (NCC) in 2019. There were 4.57 million new cancer cases and 3 million deaths in China in 2020, accounting for 23.7% and 30% of total cases worldwide.

The market for immuno-oncology drugs in China has multiplied in recent years. According to Frost & Sullivan, the Chinese immuno-oncology drug market has increased from CNY 685 million to CNY 17.12 billion from 2017 to 2021, with a CAGR of 110.5%. The global market is expected to reach CNY 348.70 billion in 2022, with the Chinese market accounting for 6.09%. 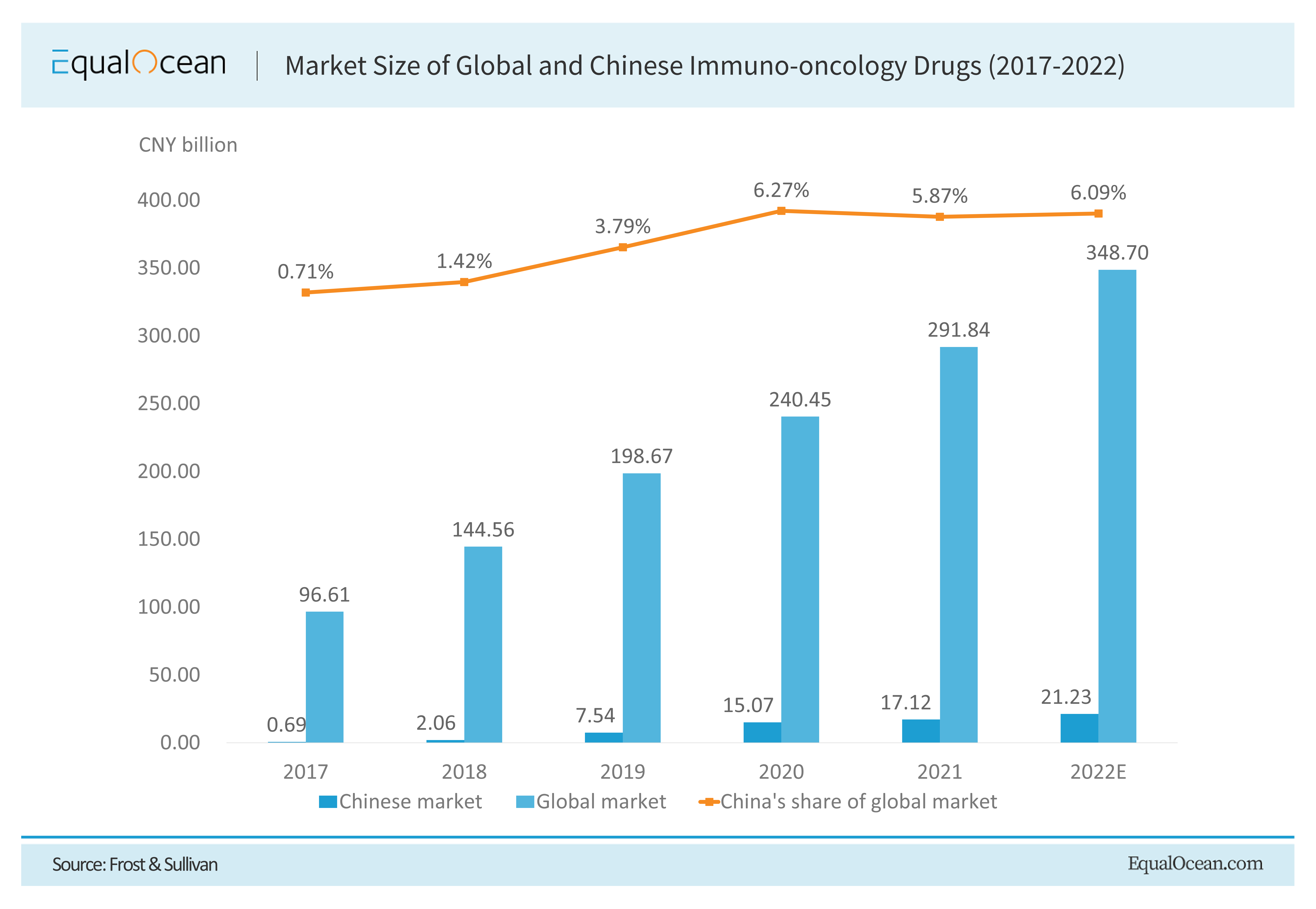 Under normal circumstances, the body can recognize and eliminate cancer cells in the tumor microenvironment through the cancer-immunity cycle. 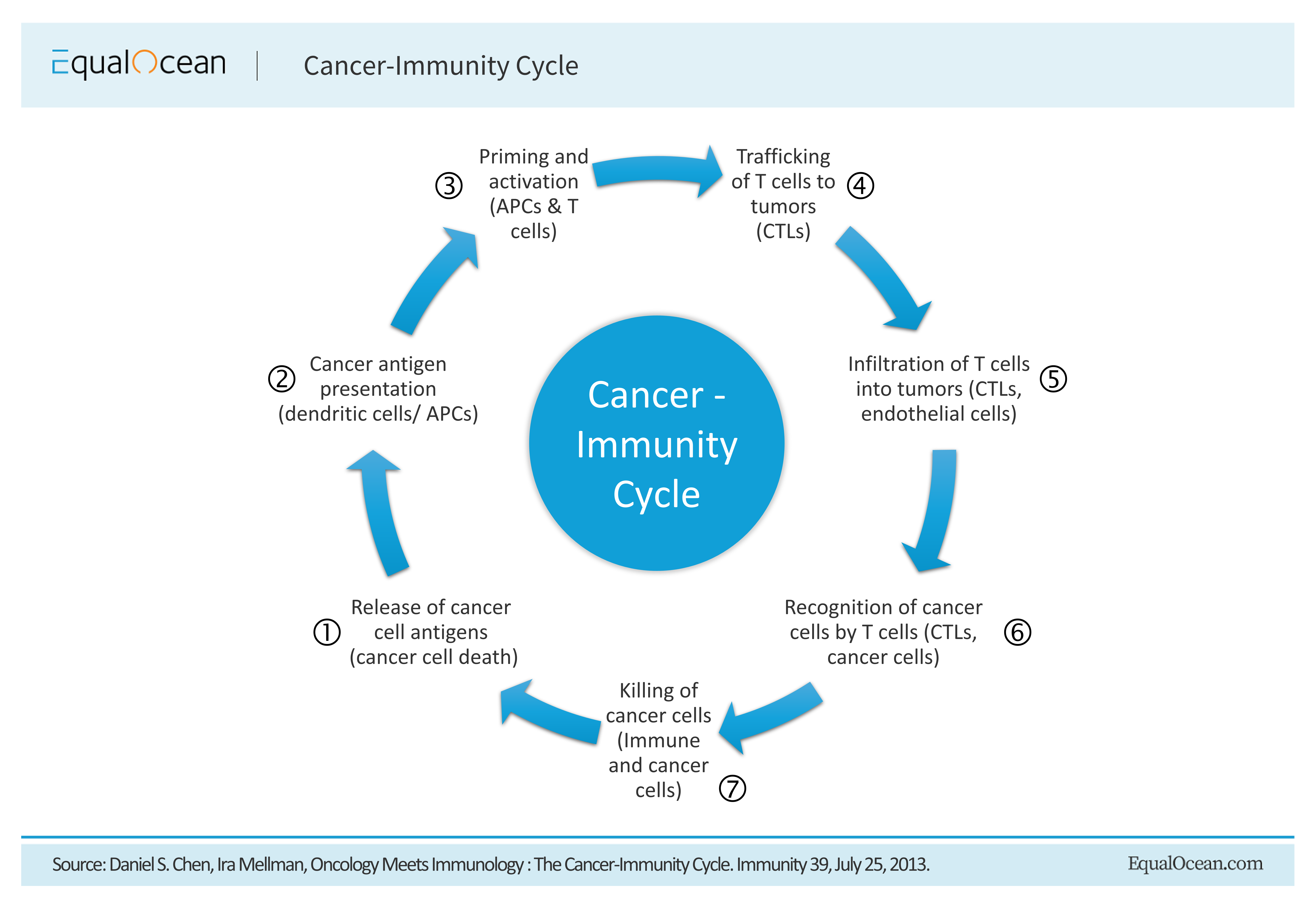 However, cancer cells can employ different strategies to suppress the body's immune system so that it fails to kill tumor cells regularly, thus surviving all stages of the immune response to the tumor, known as the immune escape.

Immunotherapy is a form of cancer treatment to control and eliminate tumors by restarting and maintaining the cancer-immunity cycle and restoring the body's normal anti-cancer immune response. It comes in various forms, including immune checkpoint inhibitors, adoptive cell transfer (ACT), cancer vaccines, and oncolytic viruses. Immune checkpoint inhibitors and adoptive cell transfer have witnessed the most rapid development.

According to PharmSnap, 22 monoclonal antibody drugs targeting PD-1, PD-L1 and CTLA-4 have been approved worldwide by November 2022, with PD-1 and PD-L1 accounting for more than 90%. And China has been a leader worldwide in immune checkpoint inhibitors, with 50% of the 22 approved monoclonal antibody drugs initially developed by Chinese companies.

Adoptive cell transfer (ACT) therapy transfers immunocompetent cells into the body after they are modified and augmented to possess more effective anti-pathology features to kill cancer cells or stimulate the immune response to kill the tumor indirectly.

Chimeric antigen receptor (CAR) T-cell therapy dominates the ACT immunotherapy market, where autologous T-cells are genetically engineered to express CARs to kill the tumor cells specifically. CAR is a kind of protein receptor that enables T cells to attack tumor cells by recognizing the particular antigen on the surface of the tumor. CAR T cells are activated after binding to specific antigens, kill tumor cells by releasing substances such as perforin, and recruit endogenous immune cells to kill tumors by releasing cytokines. CAR T-cell therapy is currently most applied to hematological tumors, but its efficacy is less significant for solid tumors.

Dendritic cells (DC) are specialized immune cells that promote an immune response against antigens, including foreign pathogenic antigens and self-tumor antigens. Tumor-specific DC cells induced or constructed in vitro can be infused back into the body to activate an immune response of T cells against the tumor, which is the DC-based vaccine.

Oncolytic viruses (OVs) are natural or genetically modified viruses that selectively infect and replicate in large quantities to dissolve tumor cells while sparing normal ones eventually.

OVs are from diverse families of viruses, but naturally occurring OVs have been genetically engineered due to their limitations in therapeutic application. These engineered OVs with enhanced tumor targeting ability, oncolytic activity, or generating potent anti-tumor immune responses are tested in preclinical animal models and cancer patients in clinical trials. Due to their multi-mechanistic anti-tumor effects, OVs have emerged as one of the vital cancer immunotherapy agents. However, combination therapies with OVs should be tested due to the limited success of single OVs therapy. 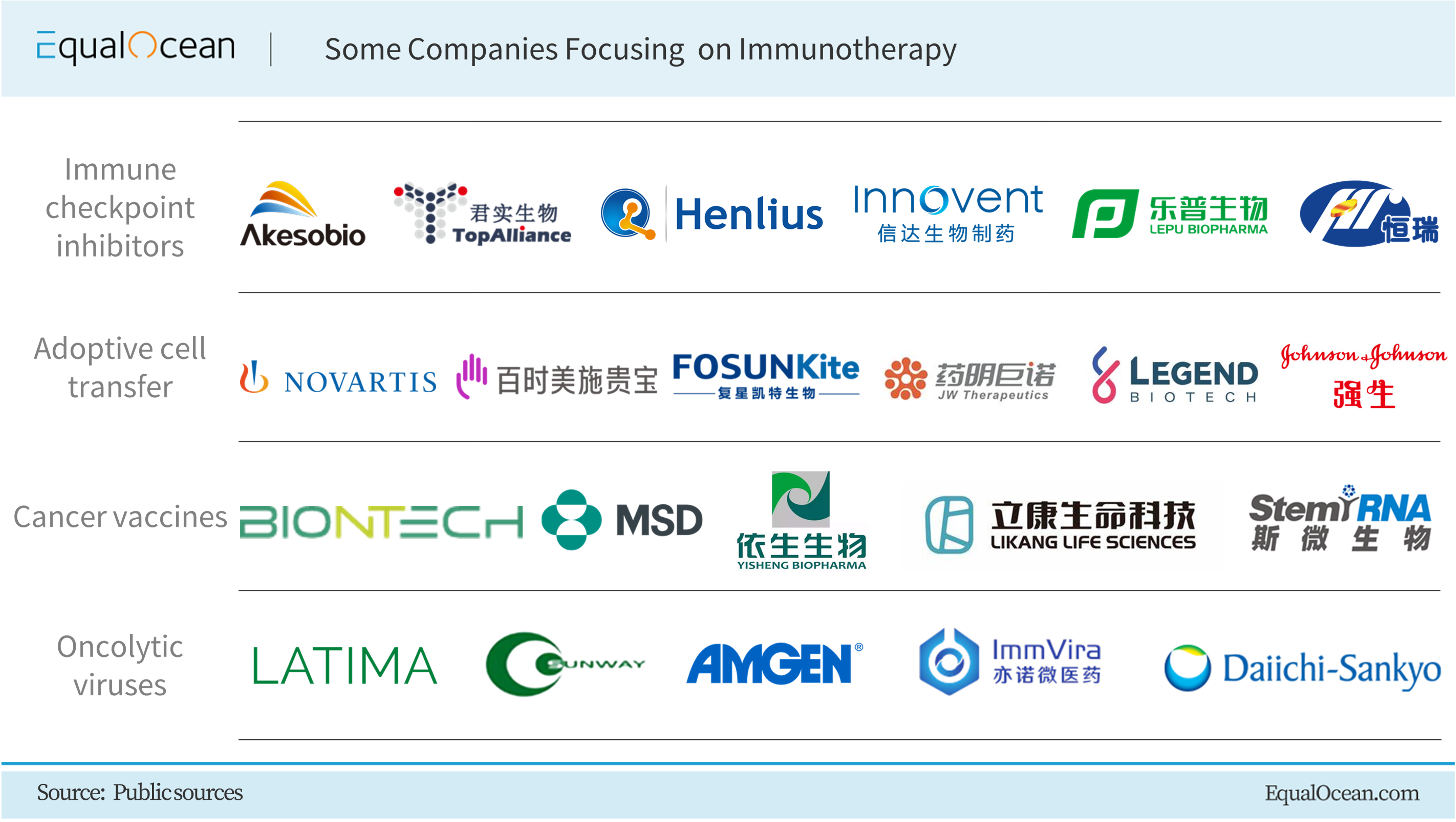