In September 2022, EqualOcean launched the selection of the top companies list of 2022 China Auto Tech 30, and received more than 200 high-quality candidates from active registration and partner institutions; in the final evaluation, 30 finalists were selected. The list covers 30 technological companies that provide products and services related to smart vehicles. 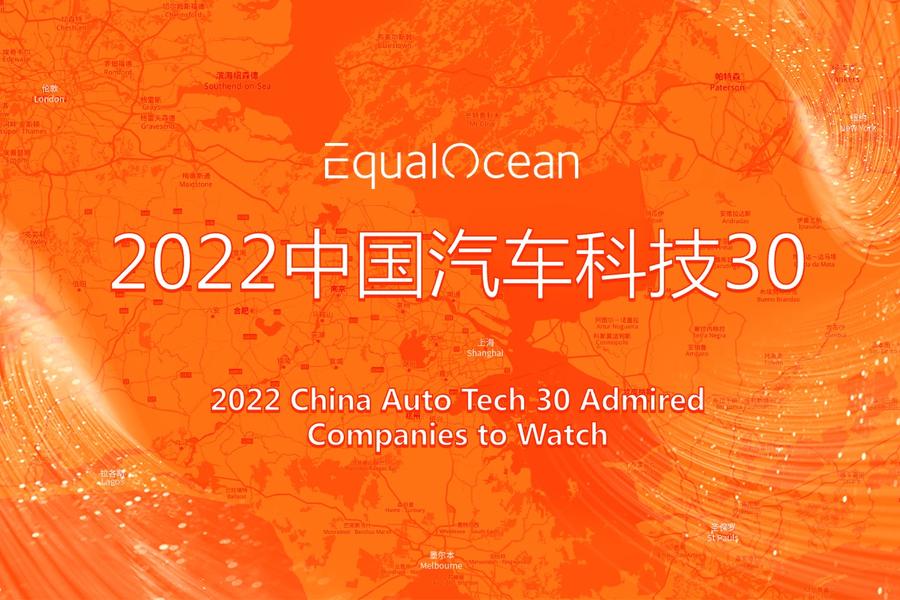 Background of the Auto Tech 30

China's automobile industry has developed rapidly and become the pillar industry of the national economy. Compared to the overall automotive market, where growth has been constrained by the ongoing semiconductor shortage and effects of the pandemic, sales of NEVs remained relatively strong globally. Of particular note, NEV sales in China are rocketing. According to the Ministry of Industry and Information Technology statistics, China's automobile production and sales exceeded 28 million in 2016, ranking first in the world for eight consecutive years. In addition, China's automobile gross output was more than CNY 10 trillion (USD 1.4 trillion) in 2021, contributing to almost 10% of China's GDP. However, the gross industrial output of real estate, a "pillar industry" in the past, was merely CNY 7.78 trillion in 2022.

Of the 254 financing events that EqualOcean recorded from May 2021 to May 2022 in the Automobile technology industry, we found that 90 companies had received strategic investments from domestic and international PEs, VCs, or OEMs, while 57 companies completed Series A and Pre-Series A financing rounds. What’s more, we also logged 22 firms in Series B round. Moreover, based on our research, most of the investment is poured into high-tech automotive domains including driving automation, sensors, semiconductor intelligent connected vehicles, battery, and vehicle manufacturing.

According to the National Bureau of Statistics of China, the country exported 2.12 million in 2021, which almost doubled in comparison with 2020. In 2021, China ranked No.3 in vehicle export, after Japan which exported 3.82 million cars, and Germany 2.3 million.

In the early stage of vehicle exporting, China’s OEMs mainly sold vehicles to Africa, Middle Asia, and South America at lower prices than German and Japanese companies. While now, different from the early stage, China’s OEMs are focusing more on quality and technology. However, the price of Chinese vehicles is still lower than others due to the advantages of the supply chain in China.

China’s automobile market has increased incredibly during the past ten years. In 2021, the export of products and services related to cars was USD 26.72 billion, compared with 2012, which increased by 70.2%, and the ten-year average growth rate is 6.1%.

Because of the brilliant increase in China’s automobile market, EqualOcean made a list, namely Auto Tech 30. The companies listed on the Auto Tech 30 are from sectors, including automotive sensors, autonomous driving, smart driving, automotive chips, Tier 1, and intelligent connected vehicles (ICV). These sectors represent the core technologies of a smart car. This list contains listed companies, unicorns, and startups. Moreover, all the unicorn and startup companies on the list had received investments during the past three quarters. 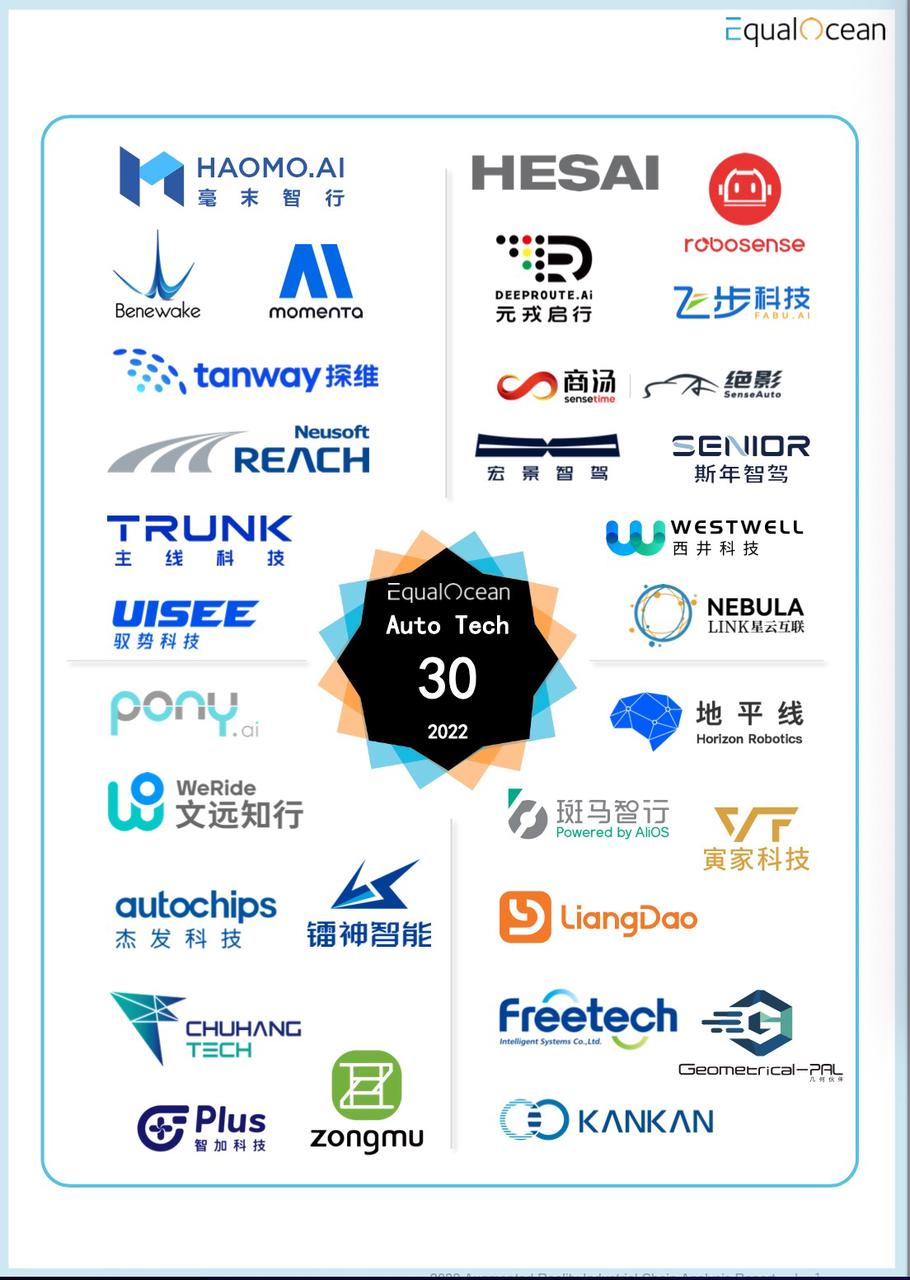 How did we find the 30 companies?

EqualOcean did massive research on the 30 companies. First, we made a questionnaire to ask companies to fill up. Then we called some companies that need more information on the public market to do background research. In the end, we interviewed many insiders to give comments on these companies.

Some of the 21 questions on the Auto Tech 30 questionnaire are extremely important for us. The first one is the technical limitations that the industry is facing. This question will give us a big picture of the sector, so it makes us understand more about the current situation in the industry.

Forth, the potential market. We collected all the market predictions of companies’ sectors from now to the next 5 or 10 years. Based on our research, automotive sensors, autonomous driving, smart driving, automotive chips, Tier 1, and intelligent connected vehicles (ICV) will grow fast, and the firms are very favorable to their industry.

Fifth, the background of the firm’s core team. Most of the CEO and founders are technical backgrounds and have doctors or master’s degrees, majoring in engineering. Moreover, the founders and CEOs who graduated from the world's top schools were located in the United States, China, and Germany.

Sixth, we also did research about the companies’ valuation and the investments they have received. The business scale of the companies is another way to measure them. All the enterprises received investments at least once during the past three quarters.

Seventh, the competitive advantages and differentiation. This is the most important part of this questionnaire, companies cannot run without it, and it allows a company to produce products or services better than its rivals, and this is what EqualOcean is looking for.

Launched in November 2018, Equal Ocean is a business information and investment research firm focused on serving China’s enterprises on the globalization strategies and helping overseas enterprises and institutions seize the development opportunities in China. EqualOcean firmly believes in the value of globalization and its mission is to connect China with the world. With this mission in mind, EqualOcean has a diverse team, the members of which are from a global perspective and are also "China experts" in their respective fields.