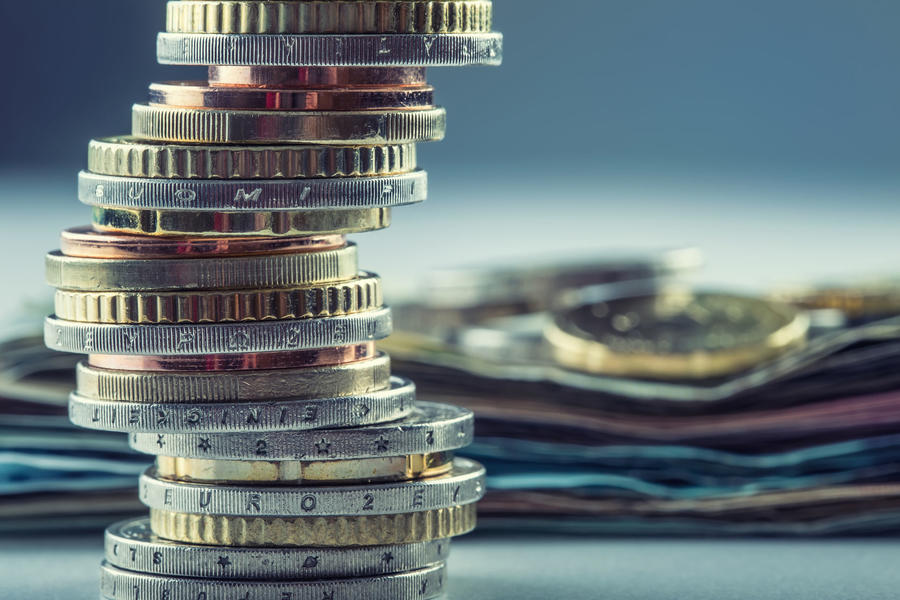 For healthcare, we at EqualOcean have identified 20 companies worth watching in Q3. The core criterion is to receive venture capital investments of over USD 30 million on average or the equivalent value in CNY in a single round. When compiling the list, we also considered factors such as growth prospects, brand influences and reputation, as well as planned expansions.

Ubrigene (Chinese: 宜明细胞) secured hundreds of millions of CNY in the Series C financing round in late September. The funds will be used to accelerate the company's globalization layout, promote the development and innovation of CGT carrier technology and process, and strongly empower the development and industrial transformation of domestic and international CGT new drugs. Founded in 2015, Ubrigene is dedicated to developing and applying cell & AAV-centered gene therapy technologies, and providing overall solutions for the industrialization of gene therapy.

Biotech firm Sironax completed a Series B financing round valued at USD 200 million in early August. The proceeds will be used for the continuous clinical development of receptor interacting protein kinase 1 (RIPK1) inhibitors, and further expansion of its R&D scale and pipelines to develop potential best-in-class/first-in-class drug candidates for aging-related degenerative diseases. Founded in 2017, Sironax specializing in the research of the pathogenesis of aging-related degenerative diseases, including programmed cell death, neuroprotective pathways, and neuroinflammation.

Insgeek (Chinese: 保险极客) completed a financing round worth hundreds of millions of CNY in the Series D round in late September. Founded in 2014, Insgeek has served over 10,000 enterprises, covering many cutting-edge areas such as IT technology, the Internet, high-end manufacturing, new consumption, big health, and corporate services. As a digital insurance leader, the company has launched many industry-leading technological achievements in the past 8 years. It is a pioneer and innovator in the industry and has become the pronoun of insurtech companies.

Koutech Medical Robotics (Chinese: 昂泰微精医疗科技有限公司), an ultra-micro and high-precision surgical robot platform company, completed a new round of financing worth hundreds of millions of CNY in Series A round in late September. Koutech is committed to creating the first ultra-micro and high-precision surgical robot platform facing global markets. While continuing to improve core technologies of its general-purpose microsurgical robots, ophthalmic surgical robots, and gastrointestinal endoscopy robots, Koutech will explore more application scenarios that support micro-operations, further iterate its surgical robot product pipeline, and develop from single technology applications to a technological ecology.

Health Guard Biomed (Chinese: 海思盖德（苏州）生物医学科技有限公司), an innovative medical device enterprise focusing on micro-invasive glaucoma surgery (MIGS), completed a new round of financing of nearly CNY 100 million in Series A round around mid-September. This proceeds will be mainly used to promote the multicenter clinical trials of the company's micro-invasive glaucoma products and accelerate the R&D, clinical application and production of other innovative ophthalmic products.

Worg Pharmaceuticals (Chinese: 百明信康), a biopharma company focusing on the development of new treatments for allergic and autoimmune diseases, announced its completion of the Series B financing round worth nearly CNY 400 million in mid- September. The funds will be used for the clinical development of core products and group construction. The company will also provide safer and more effective drugs for patients to meet clinical needs. Founded in 2018, Worg Pharmaceuticals is a clinical-stage biopharma firm dedicated to developing new treatments for allergic and autoimmune diseases.

JJET (Chinese: 锦江电子), an innovative leading company in the electrophysiology industry, completed the Series A+ and B rounds of financing in late August. The company completed the Series A financing round led by Hillhouse Capital (Chinese: 高瓴资本) in December 2021. The company has raised more than CNY 700 million in the Series A and B financing rounds.  The funds will be used to advance the clinical trial registration of several heavyweight electrophysiology products, the R&D of the company's subsequent innovative products and improvement of its organizational structure and commercialization system.

Aptbiotech (Chinese: 中科新生命), focused on mass spectrometry-based multi-omics applied to precision medicine, completed a Series B round of financing worth hundreds of millions of CNY in mid-August. This financing round will accelerate product R&D, market expansion, and data-driven precision medicine development. Founded in 2004, Aptbiotech is dedicated to constructing the life and health industry chain and has published hundreds of papers in high-level SCI journals. The company integrates proteome, metabolome, clinical diagnosis and treatment, and pharmaceutical R&D data to provide a precise platform for the perfect transformation from basic research to clinical practice.

Healthnice Pharmaceutical Technology (Chinese: 海纳医药) completed a round of equity financing valued at CNY 100 million in mid-August. The proceeds will be used for the deployment of R&D of product pipelines and expansino of R&D teams. Founded in 2001, Healthnice is a R&D driven and innovation-oriented drug research and development organization and has gradually formed a “CXO+MAH” dual-wheel-driven business model.

ClinChoice, the global full-service CRO company, raised USD 150 million in the new round of financing in early July. The funds will be used for business expansion both domestically and internationally and mergers and acquisitions. Founded in 2007 in Tianjing, China, ClinChoice is dedicated to accelerating drug and device approvals to market to contribute to a safer and better world.

Frontera Therapeutics, a pharmaceutical company specializing in Cell and Gene Therapy novel drugs, net USD 160 million in Series B financing round in mid-July. The proceeds will be used for the continuous R&D and manufacturing of current novel drug candidates. Founded in 2019, Frontera Therapeutics is devoted to providing high-quality, affordable gene therapy products for patients with rare and chronic diseases worldwide. The company's first innovative product FT-001, a recombinant adeno-associated virus (AAV) gene therapy for hereditary retinopathy caused by RPE65 gene variants, was approved for clinical trials by the Food and Drug Administration (FDA) of the United States, and the application for clinical trials was accepted by the Center for Drug Evaluation (CDE) of the National Medical Products Administration of China.

Qiming-backed biotech firm Origincell announced the completion of a Series B financing round worth over USD 120 million at the beginning of August. The funds will be used for the advancement of the R&D and commercialization of more than 10 Proof-Of-Concept Cell-based therapy product pipelines for cancers, the continuous construction of its proprietary technology platform and the planning and construction of the future commercial production base. Founded in 2015, Origincell focuses on developing immunotherpy-based cell products for cancer patients.

Taibag Biologic Group raised USD 300 million from the latest round of financing in early August. The proceeds will be used for the optimization of its capital structure and business expansion of the domestic market. Founded in 2002, Taibang Biological Group Co., Ltd. is an advanced comprehensive blood products and biomedical enterprise, whose core business includes the research, development, production and sales of blood products and biological products. Its product line covering three categories of albumin, immunoglobulin and coagulation factor, 10 approved categories and more than 20 standard blood products.

Intellective Biologics snagged over CNY 500 million in a Series C financing round in early August. The proceeds will be mainly used for rapid expansion of commercial capacity, comprehensive upgrade of technology platform, strategic layout of international business and expansion of talent team. Founded in 2014, Intellective Biologics mainly focusing on the field of macromolecular biopharmaceutical process development and large-scale commercial production of CDMO, it is one of the few CDMO enterprises with core technology, large-scale production and commercial closed-loop comprehensive capabilities.

BoomRay Pharmaceuticals, focusing on the research and development of the new-generation of targeted nuclide coupled drugs, raised nearly CNY 300 million in a Series A financing round. The funding will be used to accelerate the clinical development and registration of multiple self-developed pipelines, the construction of R&D centers and manufacturing bases and global business cooperation. BoomRay was co-founded in 2018 by Pharmatech with the help of the Sunan Research Institute for Molecular Engineering at Peking University. Taking full advantage of the basic research achievements of Peking University, the company is committed to building a platform for the development, production and clinical application of next-generation radiation-targeted drugs.

Porton Advanced completed a Series B round of financing worth CNY 520 million around mid-August. The proceeds will be used to further promote its global business expansion, accelerate the construction and operation of the commercial production base, and accelerate the improvement of the end-to-end gene and cell therapy (GCT) CDMO platform. Founded in 2018, Porton Advanced is committed to making full use of the successful experience of the core team in bringing gene and cell therapy products to the clinic until the market, to provide high-quality and efficient services for global customers.

HGT bagged hundreds of millions of CNY in a Series C financing round in early August, the funds from which will be mainly used for the exploration of new technologies and R&D of new products. Founded in 2011, HGT is committed to becoming the most distinctive complete medical laboratory solutions provider. It focuses on clinical diagnosis, forensic science, immune diagnosis, biochemical diagnosis of comprehensive medical test application solutions, and aims to provide public security system, the judiciary human DNA appraisal of individual identification, genetic relationship and complete technical solutions.

Vbiosci completed a Series B financing round worth hundreds of millions of CNY in late-September. The proceeds will further accelerate the pipeline research and development and industrialization construction of its innovative animal protection products (vaccines, biological drugs), and will also promote the R&D and industrialization of the key raw materials (serum-free media, purified fillers) of biopharmaceuticals for the wholly-owned subsidiary Yishengke. Founded in 2016, Vbiosci’s pipeline under research covers the three major sectors of poultry, livestock and pets, focusing on innovative varieties and large varieties.

Redbud Medicine, the leading global clinical CRO, raised tens of millions of USD from a Series A financing round in late-August. The funding will mainly be used to accelerate the development of customers in the Chinese market, overseas team building and talent introduction, and help the company become the preferred clinical partner of China's innovative drugs overseas. Founded in 2019, Redbud Medicine is committed to contributing to the internationalization of China's innovative drugs, and further promoting local clinical resources to participate in international early stage innovation by driving overseas Biotech to carry out early stage clinical trials in China.