We at EqualOcean tracked the major funding rounds or industry events that took place in China’s automotive market in August 2022. And the following is a list of deals that we have selected for you, based on a number of criteria, including the funding amount, the financial backers, and the segments in which the companies operate. 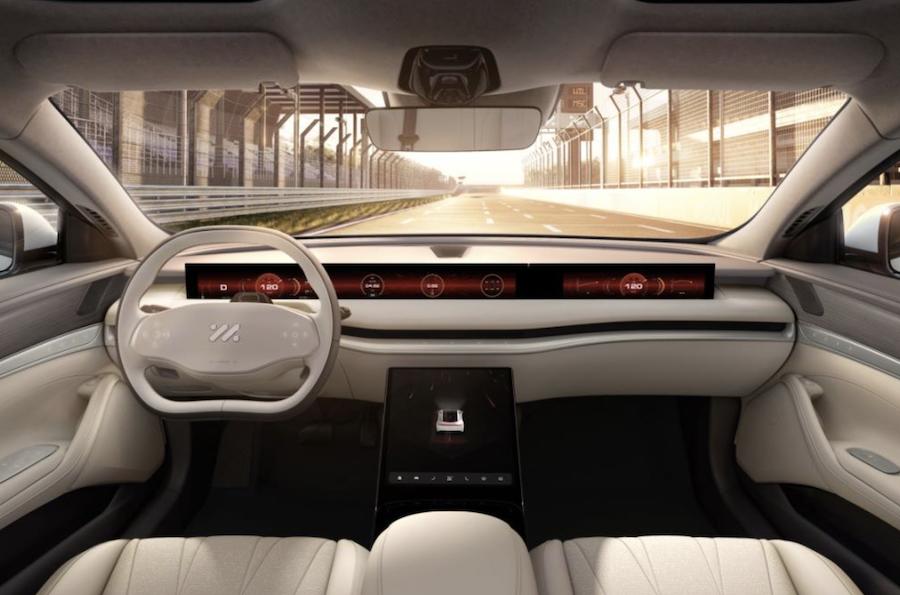 BeBest-Shanghai (Chinese: 比博斯特), an intelligent chassis solution provider, completed nearly CNY 100 million (USD 14.6 million) Pre-A and Plus round of financing on August 25. This round is led by Sequoia China Seed Fund, followed by Shanghai Highlight Capital and Atom Smart Transportation Industry Fund. Founded in May 2021, the firm received an angel round of investment worth tens of millions of yuan from Atom Ventures and Atom Intelligent Transportation Industry Fund at the beginning of its establishment.

Greater Bay Technology (Chinese: 巨湾技研), hereinafter referred to as “GBT”, completed nearly CNY 1 billion in its Series A round of financing. The company was founded in September 2020, GBT focuses on the research and development of XFC (eXtreme Fast Charging) technology and the establishment of an ‘XFC supercharging ecology’.

Geneoge (Chinese: 集成能源), a one-stop DTC service platform for new energy vehicles (NEVs), has recently completed a new round of financing led by Junshan Private Equity Fund and followed by its long-time shareholder Fengrui Capital, shortly after a round of financing three months ago. The company is dedicated to building a one-stop NEV infrastructure and service ecology in lower-tier cities, providing a range of services from NEV retailing to after-sales and energy replenishment. 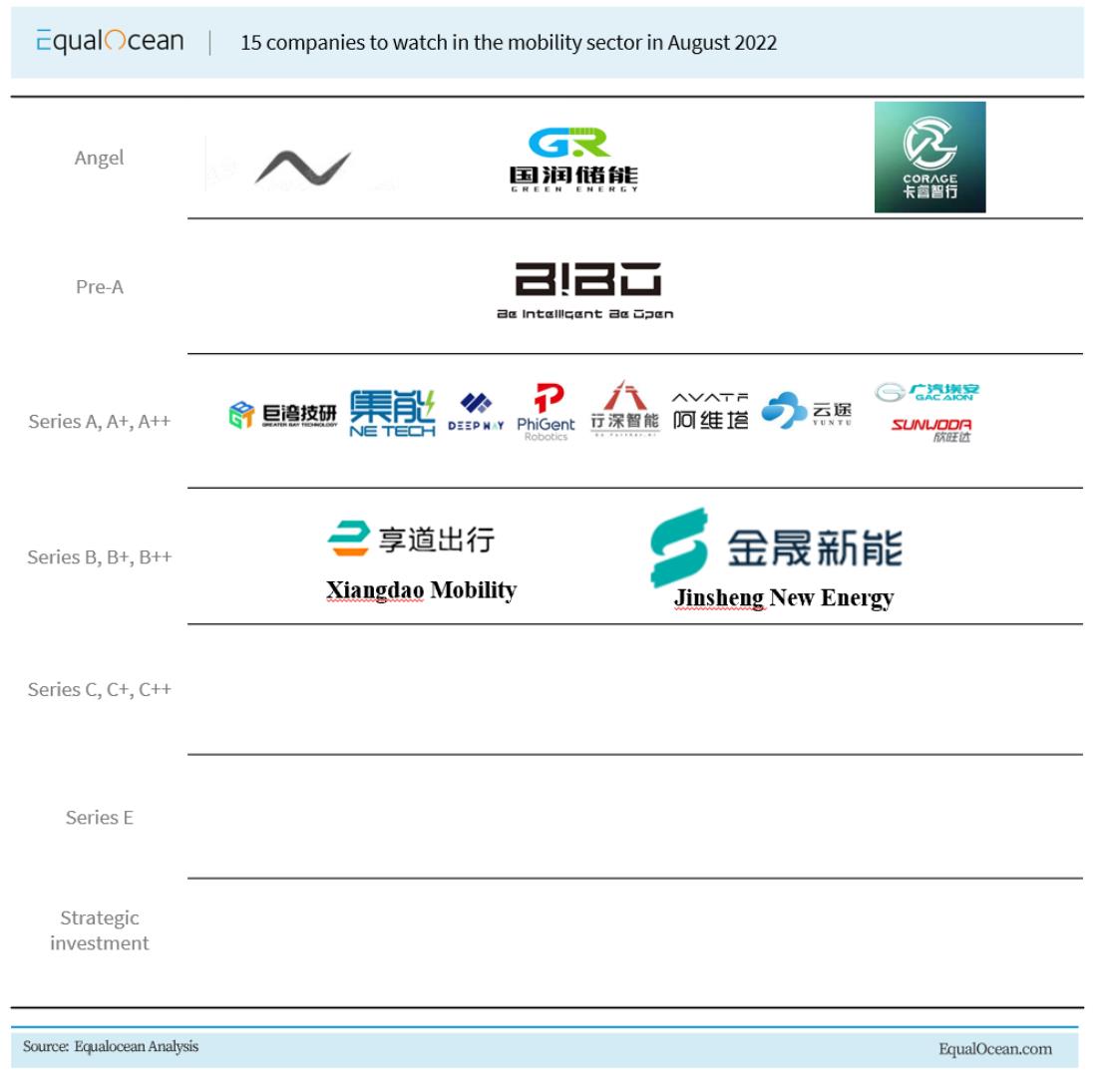 NISAR Tech (Chinese: 幔核科技), an intelligent driving platform-based tool and software provider, closed its angel rounds financing for tens of millions of CNY, which was exclusively invested by Chengwei Capital (Chinese: 成为资本). The company was founded in Germany, NISAR Tech is an international innovative company focusing on the development of intelligent driving integration platforms.

Suzhou Yuntu Semiconductor (Chinese: 苏州云途), a fast-growing Chinese auto-level chip developer, has just secured its series A+ round financing worth hundreds of millions of yuan. Founded in July 2020, Yuntu has completed five rounds of financing in a short period of two years. Its auto-level MCU chip is widely used in automotive power, body and safety control as well as in driving management and information processing.

On August 15, Chinese ride-hailing service Xiangdao Mobility (Chinese: 享道出行) raised nearly CNY 1 billion (USD 147 million) in its Series B round of financing from investors, including SAIC Motor Group (Chinese: 上汽集团), Momenta (Chinese:魔门塔) and Gaohang Management Consulting (Chinese:高行管理咨询). The company’s post-investment valuation has reached over USD 1 billion, officially entering the ranks of unicorns. Headquartered in Shanghai and founded in 2018, Xiangdao is a strategic mobility service brand under SAIC that is dedicated to providing ride-hailing and taxi services as well as car rental services to both private users and companies.

PhiGent Robotics (Chinese:鉴智机器人), a self-driving solution provider, closed a USD 30 million Series A round of funding on May 18. The funding round was led by Ince Capital, with follow-on investment from existing shareholders including Atypical Ventures, 5Y Capital and GSR Ventures. In addition, strategic investor Horizon Robotics has provided strong support in the commercial implementation. The money will be mainly used for technology development, mass production implementation and wider commercial deployment. Founded in 2021, PhiGent Robotics focuses on the R&D of autonomous driving solutions with 3D vision as the core.

GAC AION (Chinese: 广汽埃安), the electric car offshoot of Guangzhou Automobile Corporation (GAC), secured a new round of funding before going public on August 26. The company’s post-financing value is estimated to be over CNY 100 billion. Founded in 2017, the company is committed to developing NEVs and NEV-related solutions.

Sunwoda (Chinese:欣旺达), a high-tech enterprise focusing on the development of lithium-ion battery cells and modules, recently completed a new round of financing worth CNY 6 billion from investors including Li Auto (Chinese: 理想汽车), SAIC Motor (Chinese: 上汽集团) and GAC (Chinese: 广汽集团). Founded in 2014, the company is dedicated to providing electric vehicle battery-system solutions for NEV enterprises worldwide.

Guorun Energy Storage (Chinese: 国润储能), a start-up company founded in 2020 and based in Suzhou, closed its angle round of financing worth over CNY 50 million in August. This round of financing was led by Linge Venture Capital (Chinese: 麟阁创投), followed by Unifortune (Chinese: 乾道基金), TusStar Angel Invest (Chinese: 启迪之星创投), ShuiMu Tsinghua Alumn Capital (Chinese: 水木清华校友种子基金) and Innoangel Fund (Chinese: 英诺天使基金). The company focuses on the production of all-vanadium flow battery equipment and core diaphragm materials for flow batteries, water electrolysis for hydrogen production and hydrogen fuel cells.