Intravenous administration and combination therapy are the development direction of the oncolytic virus. 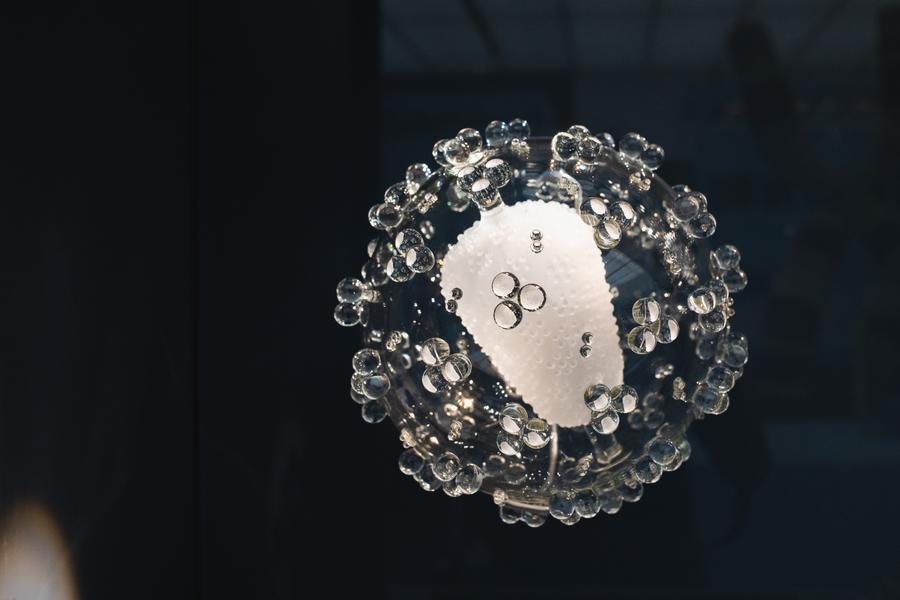 According to the World Health Organization (WHO), cancer is now the leading cause of death, and nearly one-sixth of global deaths are caused by cancer. According to the Global Cancer Statistics, 2022, 1,918,030 new cancer cases and 609,360 cancer deaths are expected to occur in the United States, including approximately 350 deaths per day from lung cancer, the primary cause of cancer death in 2022. It is estimated that by 2025, the number of new cancer cases worldwide could reach as high a figure as 24.49 million each year.

An Oncolytic Virus (OV) can be described as a genetically engineered or naturally existing virus that can selectively replicate in cancer cells and then kill them without damaging the healthy cells.

There have been many kinds of OVs, such as herpes simplex, adenovirus, and coxsackievirus. Moreover, they have different clinical applications in cancer treatment. The concept of using viruses to treat cancers has been found for more than 100 years. As early as 1904, a 42-year-old woman with leukemia was reported to have had her tumor receding due to influenza. In October 2015, the Food and Drug Administration (FDA) approved the T-VEC into the clinic. In 2016, EMA approved T-VEC, marking oncolytic virus technology's maturity for cancer treatment.

Currently, three oncolytic virus products have been approved for marketing globally. Compared with other cancer immunotherapies, oncolytic viruses have many advantages, such as high killing efficiency, precise targeting, fewer side effects or drug resistance, and low cost. All of these make oncolytic virotherapy a promising approach to fight against cancer compared with surgical, chemoradiotherapy and targeted therapy.

Except for traditional cancer treatment, the cost of popular immunotherapy, such as a monoclonal antibody (mAb) and CAR-T, is generally high. mAb drugs are prone to drug resistance, and the treatment process of CAR-T cell therapy is complex with limited indications. The advantages mentioned above are becoming even starker.

However, during the research and development of the oncolytic virus, its treatment efficacy indeed encounters doubts.

Lin Yunfeng, the founding partner of DNV Capital, also told EqualOcean that the oncolytic virus does not exclude other existing therapies like chemoradiotherapy, monoclonal antibody and CAR-T. It showed a good synergistic effect. Due to the mechanism of action of the oncolytic virus, it does not simply kill cancer cells but has direct and indirect effects. The direct effect is to cause the lysis of cancer cells after infecting them. The indirect effect includes two aspects. One is to induce the body to generate an immune response, activate T cells and B cells and take effects together with immunotherapy drugs. Another mechanism is that the oncolytic virus can inhibit the formation of tumor blood vessels by infecting tumor-related vascular endothelial cells. In this case, tumor cells will die out without nutrition. This indirect effect is unique and cannot be found in other drugs. This is also the attraction of the oncolytic virus, as it will not be attacked by other biopharmaceutical enterprises. On the contrary, other biopharmaceutical companies will find opportunities to improve their effectiveness by combining oncolytic viruses. At the strategic level, the development resistance in the market of oncolytic virus companies will be much smaller than a simple biopharmaceutical company.

Another challenge is the operational difficulty of direct intratumoral injection.

The most common administration method for oncolytic virotherapy is to direct intratumoral injection, which has great limitations compared with the intravenous route. However, intravenous administration also needs to solve the problem of targeting, dilution of blood and neutralization of virus-specific antibodies in serum. Dr. Liu Binlei from Binhui Biopharm cleared up the doubt for us. Dr. Liu was the core member of the T-VEC team and was involved in the whole T-VEC construction, production and clinical application process.

Dr. Liu explained that the problem of intravenous administration could be solved by the lipid-nanoparticle-encapsulated oncolytic virus. Binhui Biopharm has developed 11 types of LNPs, and some interesting characteristics have been found. For example, some LNPs have a strong adjuvant effect, which is suitable for vaccine delivery. Some LNPs' low immunogenicity allows anticancer drug delivery, such as an oncolytic virus or protein replacement drugs. Taking the OH2 product of Binhui Biopharm as an example, lipid nanoparticle (LNP) encapsulation can reduce immunogenicity and slow down the attack of blood antiviral substances on the virus.

Regarding targeting, "it may be more convenient to use LNP than to modify surface proteins upon virus," Dr. Liu said.

Their study found the biodistribution of LNPS in vivo has different biases. Some prefer the liver or the lungs, and others like the immune organs, such as the skin. If it is needed to improve the virus targeting the lung, then an LNP enriched in the lung can be chosen.

The above is the first aspect, in vivo biodistribution of LNPs.

In other words, a navigation system can be connected to the LNP to recognize the membrane protein antibody on the tumor cells.

Although there is only one NMPA-approved oncolytic virus drug in the Chinese market, the research and development never stop, and many of them have entered phase III clinical trials. 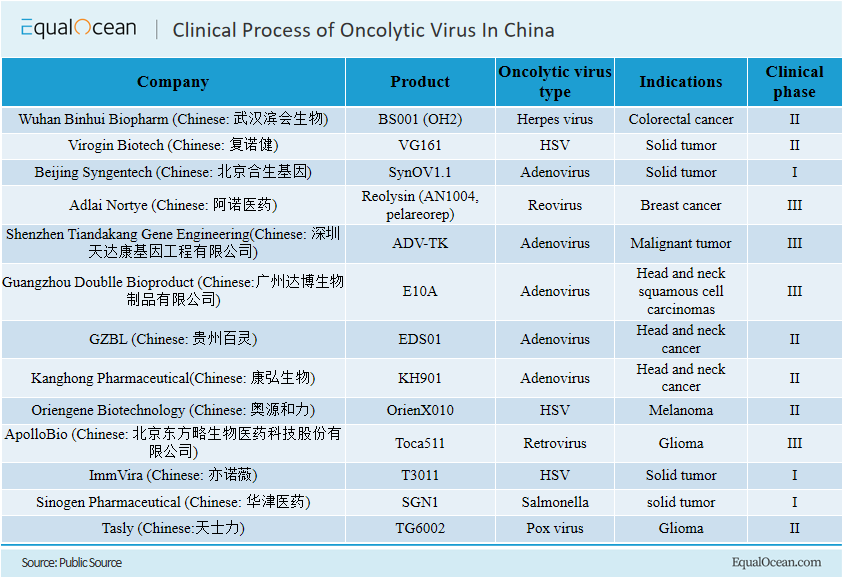 The companies listed in the table each have their own competitive advantages.

According to a public resource, the company's OH2 has just been recognized as an orphan drug by the US FDA, which means the company is granted a 7-year marketing exclusivity post approval and a waiver on the new drug application fee.