The stay-at-home economy trend is on the rise, which has driven the sales of Augmented Reality (AR) and Virtual Reality (VR) equipment increase. At the same time, the metaverse promotes AR/VR technology development and equipment sales, driving the application development of virtual experience in various fields such as games, concerts, and stores. 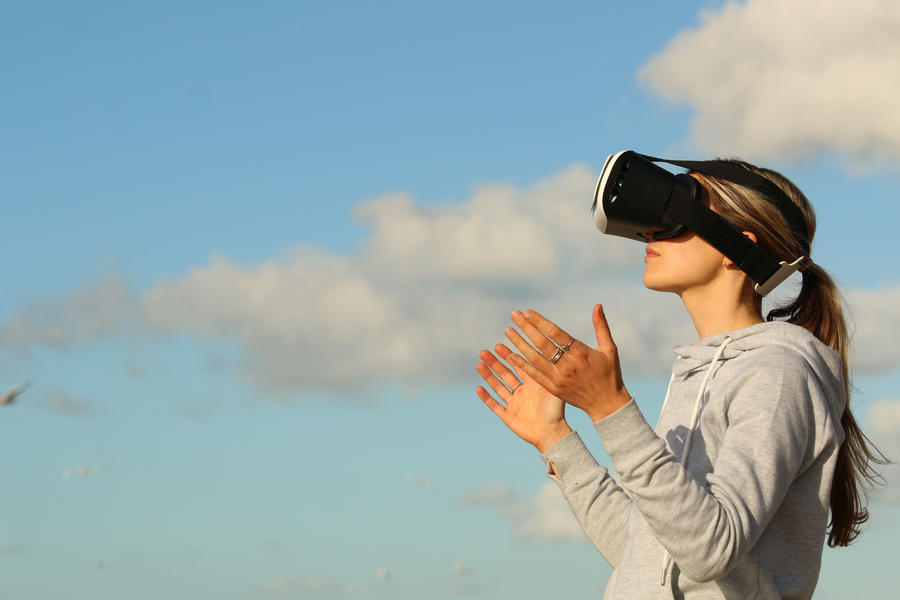 VR/AR refers to the products and services involved in building an immersive experience integrating virtual reality and reality with the help of next-generation information and communication technologies such as near-eye display, perceptual interaction, rendering processing, network transmission, and content production.

The technologies we collectively refer to as XR are: Augmented Reality (AR), Virtual Reality (VR), and Mixed Reality (MR), which includes other hybrid forms. The Fulfilment of the promise of XR appears to beed imminent with the ubiquity of smartphones and the convergence of exponential technologies such as AI and the Internet of Things (IoT). 5G’s arrival in waves around the world is providing needed speed and bandwidth.

With the pandemic boosting every aspect of the domestic consumer economy, Global VR shipments reached 10.95 million units in 2021. According to IDC, global VR shipments will increase to 15.73 million units in 2022, achieving an important breakthrough in sales, and the Chinese market will account for 29.24%. Besides large shipments, a variety of VR products will be added in the same year. Sony and Apple will launch new products using Micro OLED displays with high resolution to achieve breakthroughs in user experience.

Also benefiting from the stay-at-home economy, the AR industry has seen growth. Global shipments of AR headset in 2021 were 700,000 units, went up 33% year on year. According to IDC, 1.06 million units of AR headset are expected to be shipped in 2022.

VR headset market structure has turned to an oligopoly

The industrial chain of AR/VR includes hardware, software, content generation and releasing, and applications and services.

manufacturing, related data collection, and processing platforms – in other words, hardware and software.

3. The downstream refers to the use of AR/VR technology to provide applications and

Internationally, foreign brands dominate the share of VR market. In general, Oculus, the only first-tier VR headset maker, is the only giant that dominates and leads the VR industry, especially since the launch of Quest 2 in October 2020, Oculus’ market share has jumped to 74% from 29%, and the rapid growth of global VR shipments is mainly driven by Quest 2.

Dr. Tristan Ruoli Dai, co-founder and CTO of Noitom which is a world leading motion capture company based in China, said that currently, meta is the only VR headset company that still focus on underlying technologies, and it has already put resources on underlying infrastructure of VR. It is the only firm that has a chance to make a revolution in VR industry, which will benefit other companies as well.

Apple has reportedly shown off the AR/VR headset to investors, which is a good sign that the product is closer to launch than not. Also, references to a reality operating system have been uncovered in versions of Apple’s other software products, while a recent trademark application appears to confirm realityOS as the software’s working name or branding, tech news portal Tomsguide.com reported.

As much as iOS is integral to the iPhone, realityOS (or perhaps, rOS) will be a major part of using Apple’s first mixed reality headset. In fact, it could be what truly separates Apple’s AR/VR headset from all the other best VR headsets on the market.

The hardware is, presumably, the Apple AR/VR headset that’s expected to rival the likes of the Oculus Quest 2, or even Meta’s upcoming Project Cambria. 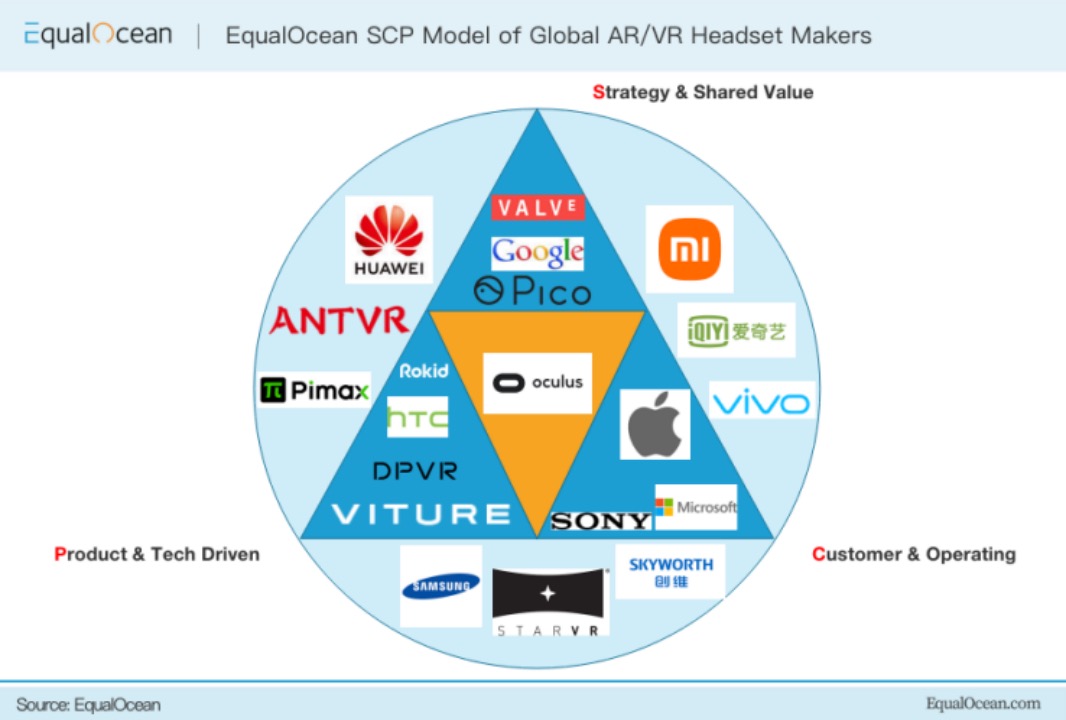 For other well-known brands, DPVR (Chinese: 大朋VR) and Pico take a large portion of global VR market share together. Although China’s VR market spending currently accounts for more than half of the world's share, there are few domestic VR headset brands, because most of the XR-related firms are mainly responsible for the supply of AR/VR components or work as original equipment manufacturers (OEMs).

Winning an iF World Design Award in 2019, DPVR, as a leading VR start-up, was recognized for having one of the best wireless VR headset designs in the world. As one of the TOP5 VR headset maker, DPVR accounted for 8% of global VR market share in Q4 2021. The revenue from overseas markets accounts for 40% of DPVR’s 2021 total revenue, and is expected to increase to 60% by 2025 through expanding corporation with major local dealers, said by Niu Siyuan, the Strategic VP of DPVR.

With the entrance of top technology giants in China such as iQiyi, Xiaomi, and ByteDance, the internal competition of the industry is getting serious, which means that small and medium-sized VR makers are very likely to be knocked out of the market or even acquired in the face of competition from bigger, more established rivals.

However, DPVR, as an independent VR headset maker, has found its own strategy to keep competitive, meanwhile, it has established more strategic corporation with giants and proceeded more financing, Niu added.

From Niu’s view, the mid-term goal of DPVR is to go public with a successful initial public offering (IPO). Therefore, with its strength, DPVR has become a competitive firm in the China’s VR market.

Dai Ruoli of Noitom said that after acquired by ByteDance, Pico has been moving toward the first-tier of VR industry, which will transform the industry to a situation that is being dominated by Oculus with Pico chasing after.

The VR industry has become mature, with the existence of giants in the industry, other companies will not have too much market shares, just like the situation of VR/AR chip and OEM industry. But opportunities still exist in other sectors in VR industrial chain, Dai added.

Currently the only way to improve the resolution of VR display is to use the most appropriate screens for HMDs. Current Fast LCD screen imaging still requires a certain backlight response and data transmission time, so most makers are starting to use Micro LED and Micro OLED (OLEDs) as the screen of VR headset.

Micro LEDs are thinner in size, faster in speed, and higher in efficiency compared to above screens. Micro OLED is well-known as “The best microdisplay technology for the near-eye display industry”. At present, Micro LED and Micro OLED have not been mass-produced and applied due to low yield and high cost, but in the future, with the maturity of technology and cost reduction, they may become the main direction of VR screen development.

According to IDC, global VR shipments are expected to rise to 50 million units in 2025, then by rounding the penetration rate of Micro OLED to 50%, we can conclude that the sales of Micro OLED that will applied on VR headsets will be 25 million units. Therefore, based on the price of AMOLED per VR headset (ignore the fluctuation of price) -- USD 139 per unit, the market scale of Micro OLED for VR headset will be USD 3.475 billion globally.

Omdia, a research and advisory group, shows that the shipments of Micro LED displays will reach 5 million units by 2025, generating revenue of about USD 7 billion. Moreover, its market scale will exceed $11 billion by 2027.

The near-eye displays, such as AR and VR, have become the third largest driven factor of Micro LED, other than smart watches and Micro LED TV, at the same time. Demand is also continuing and growth happening at a high CAGR.

CONTACT US
Scan QR code to contact us for professional consulting services
Next article
A Closer Look at China’s Cloud Service Market, Guessing Who Will Succeed? [1/2]