We at EqualOcean tracked the major funding rounds or industry events that took place in China’s automotive space in May 2022. And the following is a list of deals that we have selected for you, based on a number of criteria including the funding amount, the financial backers, and the segments in which the companies operate. 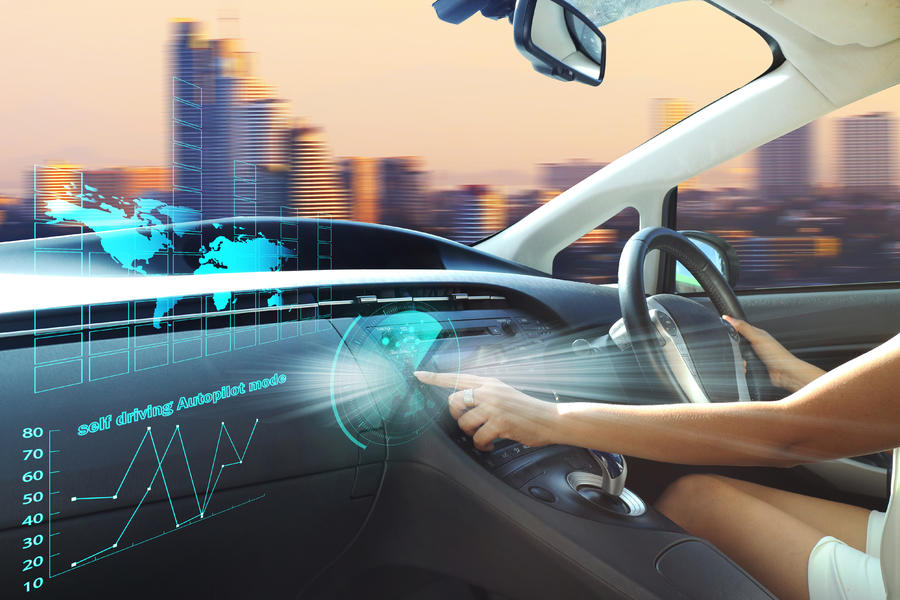 China's intelligent driving supplier Anzhi Auto (Chinese: 安智汽车) closed the Series A+ funding round in early May, collecting tens of millions of CNY from its Series A investor Yinke PE. Founded in 2015 and headquartered in Suzhou, the company is committed to promoting advanced driver assistance systems (ADAS) and self-driving solutions. Its products include 77GHz millimeter wave radar, smart camera and sensor fusion system.

PhiGent Robotics (Chinese:鉴智机器人), a self-driving solution provider, closed a USD 30 million Series A round of funding on May 18. The funding round was led by Ince Capital, with follow-on investment from existing shareholders including Atypical Ventures, 5Y Capital and GSR Ventures. In addition, strategic investor Horizon Robotics has provided strong support in the commercial implementation. The money will be mainly used for technology development, mass production implementation and wider commercial deployment. Moreover, founded in 2021, PhiGent Robotics focuses on the R&D of autonomous driving solutions with 3D vision as the core 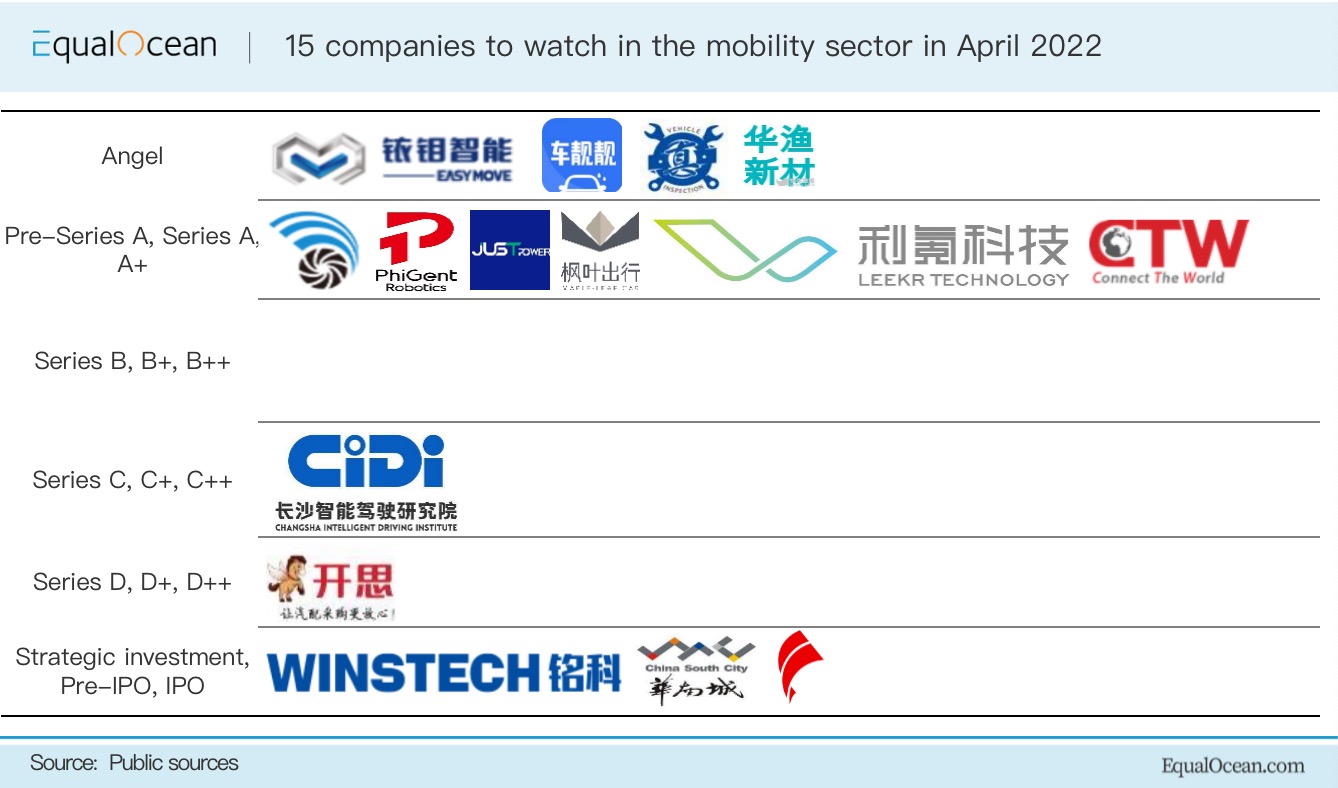 Car rental startup Maple Leaf (Chinese: 枫叶租车) completed its pre-Series A round of funding worth tens of millions of CNY in early May, led by New Margin Ventures, followed by Daohe Investment and other state-backed investors. The existing shareholder Junying Investment also participated in the deal. The funds will be used to build the digital operation management system, support brand-building and expand the brand and scale of the fleet.

Tianjin JustPower Technology (Chinese: 新氢动力) closed its Series A funding round worth tens of millions of CNY on May 11, with participation by Rongyi Investment and Win Harbor Capital, business registration information portal TianYanCha.com showed.

Intelligent mining truck manufacturer Easymove (Chinese: 铱钼智能) has closed an angel financing round worth tens of millions of CNY around May 19. The investment was led by Bluerun, followed by Vertex Ventures. The proceeds will be used to develop 200-ton mining trucks, lay out production, test working conditions and build production teams.

Guangzhou Leekr Technology (Chinese: 利氪科技), a chassis-by-wire system solution provider in China, completed its Series A and Series A+ financing rounds worth CNY 200 million on May 19. Leekr’s Series A funding round was led by Vision Capital and Sinovation Ventures, with participation by Shanghai Free Trade Zone Equity Fund and its Lingang Xinpian Science and Technology Innovation Fund, and Unity Ventures.

Automobile interconnection system supplier CTW Electronics (Chinese: 柯特瓦电子) secured tens of millions of CNY in its Series A financing round on May 24, led by Bondshine Capital, followed by Chipai Capital. The company, founded in 2013, will use the proceeds for recruitment, R&D, and production upgrades, to enhance its competitiveness and expand market share in the automotive industry.

Cheliangliang (Chinese: 车靓靓), a door-to-door car washing platform which was found in 2016, announced the completion of an Angel round of financing worth tens of millions of CNY on May 30, and the company received money from Shenzhen Shouzhan Jintian Technology Co. (Chinese: 首展锦田).

WINSTECH (Chinese: 铭科精技), a company which specializes in stamping, welding and assembly of precision tooling and parts for automotive industry, raised CNY 526 million (USD 79.2 million) from its listing on the Shenzhen Stock Exchange on May 12. Moreover, the company has 1,600 employees, and four subsidiaries in Hong Kong and Thailand, and 12 subsidiaries all in China.

Weizhen Yanche (Chinese: 维真验车), which focuses on creating a second-hand car third-party inspection chain service system, completed its Series A financing round worth tens of millions of CNY on May 31. Nanjing Chuangyi Future Investment (Chinese: 南京创熠未来投资中心) and Nanjing Qilin Venture Investment (Chinese: 南京麒麟创业投资有限公司) took part in this investment. The company, founded in 2015, provides testing services for vehicles, which offer users with vehicle inspection and services such as identification of flooded vehicles and accident vehicles.

Huayu New Materials Co., Ltd. (Chinese: 华渔新材料), which specializes in carbon-fiber-reinforced polymers (CFRP) products that are used in vehicles, received tens of millions of CNY from an Angel round of financing in early May. The company received the funds from FreesFund and Shanghai Pudong S&T Investment Co., Ltd. Yuanhe Capital served as the financial advisor. Moreover, the proceeds raised from this round will be used to expand the capacity of carbon fiber transmission shafts and apply carbon fiber materials in new energy vehicles.