Editor's note: We at EqualOcean tracked the major funding rounds or industry events that took place in China's tech space in May 2022. And the following is a list of deals that we have selected for you, based on a number of criteria including the funding amount, the financial backers, and the segments in which the startups operate 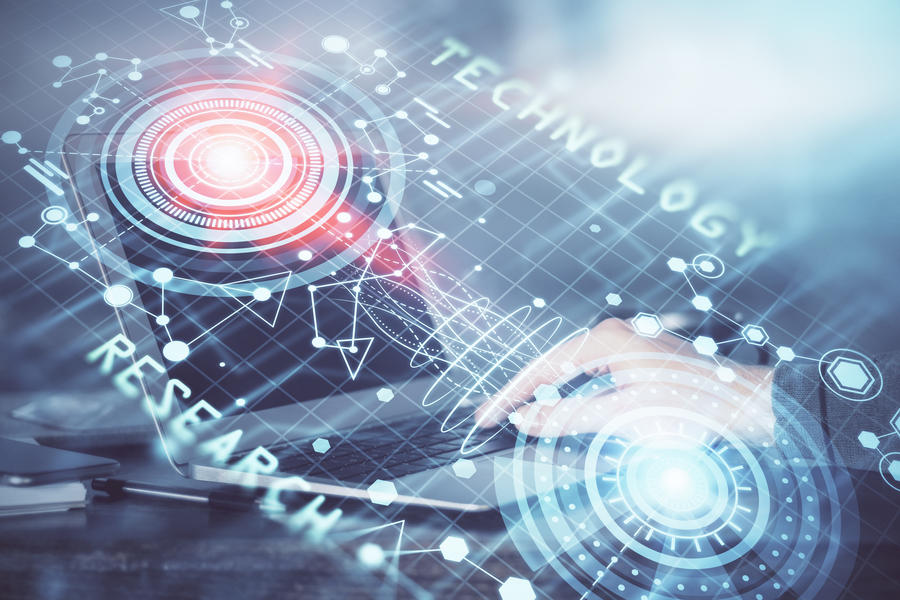 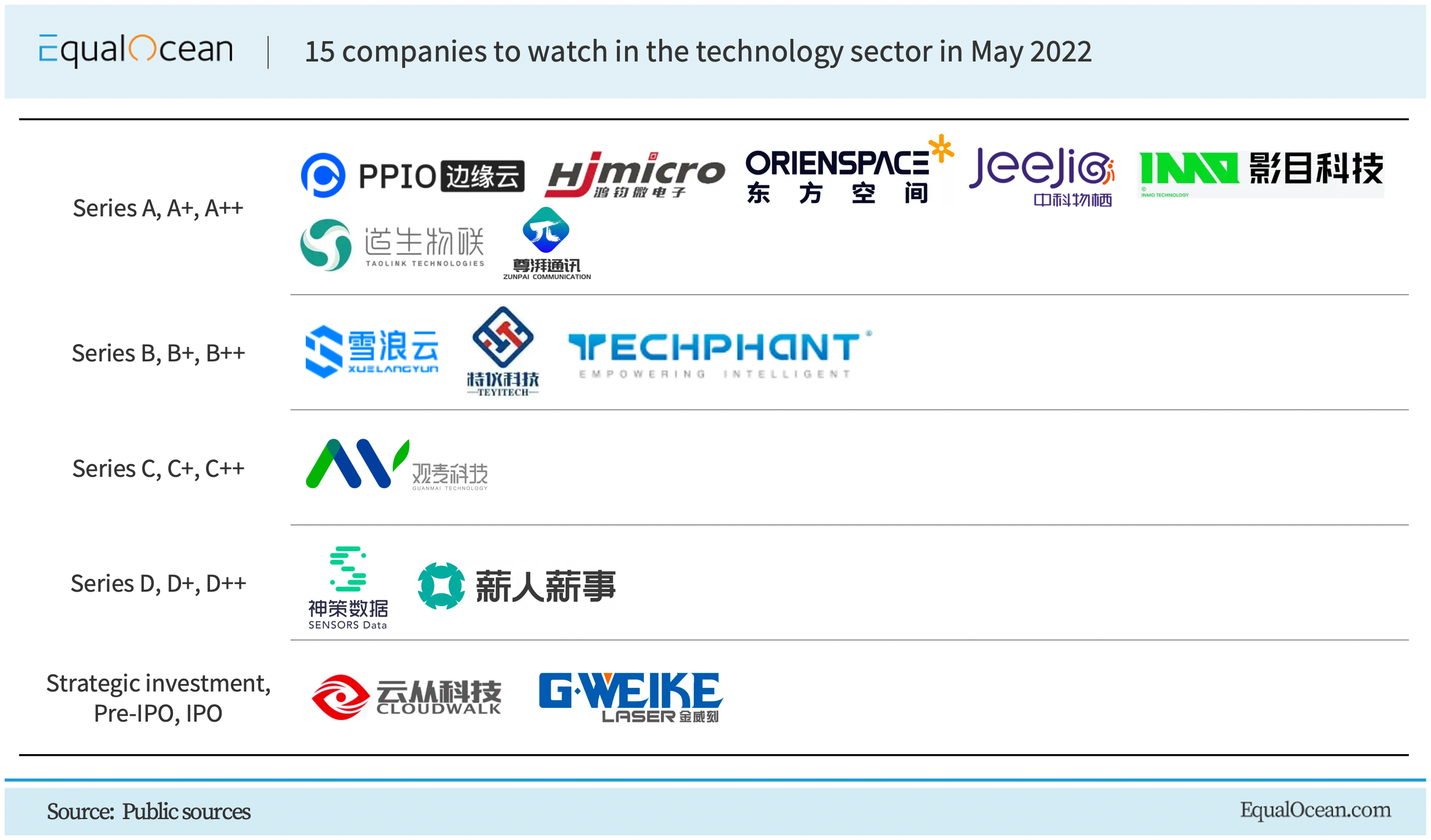 Cloudwalk Technology (Chinese: 云从科技), a major AI supplier in the financial industry and one of China’s four “AI dragons,” was listed on the Shanghai Stock Exchange Star Market on May 27, ending its first day of trading at a total market value of CNY 15.85 billion (USD 2.36 billion). Founded in 2015, Cloudwalk Technology aims to provide integrated solutions and facial recognition services for the financial, public security, and aviation sectors based on man-machine coordination, multimodal cognition and other AI technologies.

CPU maker Hjmicro (Chinese: 鸿钧微电子) on May 31 completed an angel and a Pre-Series A financing rounds worth CNY 800 million. The lead investor was Walden International, GL Ventures, and CDH VGC. Founded in 2021, Hjmicro focuses on R&D of CPUs based on ARM architecture.

Space launch startup Orienspace (Chinese: 东方空间) raised CNY 400 million in a Series A financing round around May 20. The investment was led by Hike Capital. Established in 2020, Orienspace builds a series of medium- and large-sized commercial launch vehicles named “Gravity,” through the economies of scale.

AR smart glass firm INMO (Chinese: 影目科技) announced its Series A financing round worth close to USD 10 million on May 16. The sole investor was Hello Group. Founded in 2020, INMO proposes a slogan “Explore the lifestyle in the Metaverse,” committed to using advanced technology to give users a wholly new social, entertainment and work experience.

Industrial internet platform Xuelangyun (Chinese: 雪浪云) announced the completion of a Series B funding round worth more than CNY 300 million on May 15. The lead investor was the Structural Adjustment Fund of China’s State-owned Enterprises. Founded in 2018, Xuelangyun has participated in seven national projects, including digital twin of complex equipment, integration of design, manufacturing and operation, and other future industrial software.

HR SaaS platform Xinrenxinshi (Chinese: 薪人薪事) completed its Series D1 financing round worth CNY 300 million on May 23. The round was co-invested by Gaocheng Capital and RayCloud Technology. Established in 2015, Xinrenxinshi aims to empower the whole process of human resources via its data-driven platform, which includes nine core modules covering employee organization, salary management recruitment, performance and incentives.

IoT technology provider Jeejio (Chinese: 中科物栖) closed a Pre-Series A+ financing round worth nearly CNY 300 million on May 10. The investors in this round include Nanjing Chilin, Institute of Advanced Technology, ZKTuring, among other institutions. Founded in 2018, Jeejio is currently owning core technological products, such as world-leading RISC-V chips, a distributed intelligent operating system and ultra-micro computers.

Edge cloud provider PPIO secured a Series A round of funding worth CNY 250 million on May 31. The round was co-invested by Panlin Capital, China Creation Ventures, ZJ Venture, and IMO Ventures. Founded in 2018, PPIO focuses on providing customers with edge cloud computing solutions that meet the needs of low latency, high bandwidth and massive data distribution and processing.

IoT solution provider Taolink-Tech (Chinese: 道生物联) secured hundreds of millions of CNY in a Series A funding round on May 25, led by Gongshan Capital. Founded in 2019, Taolink-Tech’s vision is to build TurMass, a new-generation low-power wide-area-network system. The wireless IoT solution will promote connectivity of everything.

Wi-Fi chipmaker Zunpai Communication (Chinese: 尊湃通讯) completed a Pre-Series A financing round for hundreds of millions of CNY in early May. The investors include Xiaomi Group, Allin Capital, FutureX Capital, and other well-known financial investment institutions. Established in 2021, Zunpai Communication is committed to providing high-performance, full-range Wi-Fi router AP SoC chips and complete solutions for families and companies.

Testing equipment supplier TEYI Tech (Chinese: 特仪科技) announced around May 24 a Series B funding round worth hundreds of millions of CNY, led by CLP Zhongjin. Founded in 2014, TEYI will continue to increase investment in its core technology modules, such as electrical testing, display adjustment and automation, and maintain its dominant position in the panel display field.

CONTACT US
Scan QR code to contact us for professional consulting services
Next article
CloudWalk Technology, a Rocket Taken off in the China AI Market