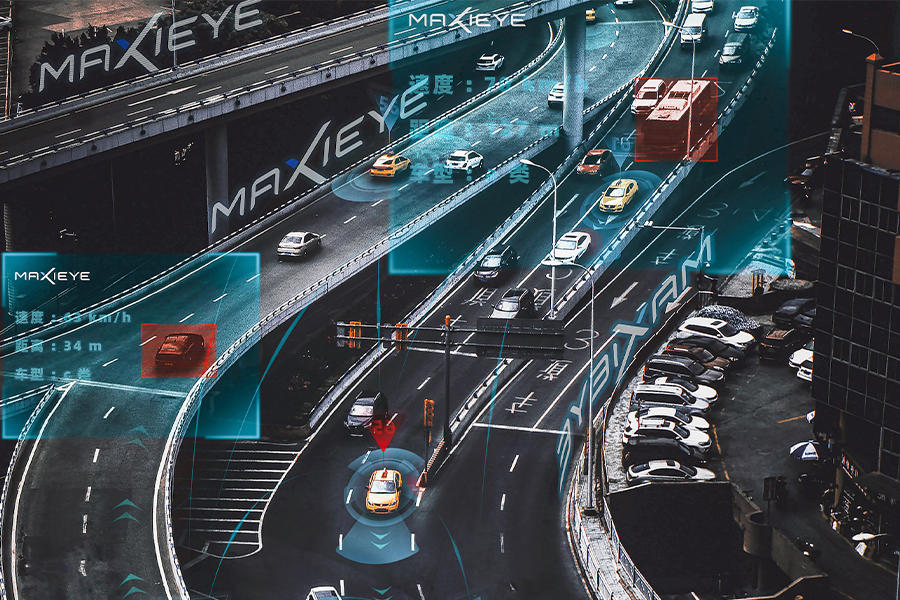 Self-driving projects have long stimulated investors' appetite for the picture practitioners painted, but after years of gigantic capital input, the craze gradually faded, followed by investors' growing impatience. Stakeholders are left pondering the future of autonomous driving in a more rational manner, in particular the issue of commercialization.

The year 2022 is viewed as an essential year for self-driving technology to generate revenue for its creators. Pony.ai, the most valuable Robotaxi company in China, just obtained a taxi license, in the belief that it would make millions of CNY initially.

Beijing recently eased the Robotaxi restrictions on urban road tests, allowing Baidu and Pony.ai to conduct trial operations under the condition of having one safety officer sit in the co-pilot seat. Apart from Robotaxi, ADAS (advanced driver assistance system) are also playing a bigger role than ever. In China, 69% more passenger cars adopted Level 2 self-driving or ADAS technologies in Q1 2022 than a year ago, according to data from Gaogong, an industry research institute.

In an email interview with EqualOcean, MAXIEYE, a self-driving specialist who has embarked on commercializing assisted driving solutions since its inception, shared its latest insights into autonomous cars. The company has conducted explorations, including the launch of the navigation pilot system NOM (Navigate on MAXIPILOT) and roll-out of three structured bundles for clients.

MAXIEYE was founded in 2016 by Zhou Shengyan. It bagged CNY 300 million (USD 45 million) in the Series B funding round in 2021. The startup adopted a “level by level” artificial intelligence technical route, leveraging its solutions through the two business units of commercial vehicles and light vehicles.

''Commercial vehicle fleet is goods of production, so the buyers care about input and output, need products that strike an extreme balance between performance and cost,'' MAXIEYE told EqualOcean about OEMs’ attitude toward using assisted driving, in a written reply.

Thanks to its business focus on cost savings, MAXIEYE has collaborated with OEMs more closely on commercialized projects. The company has won the contract for Dongfeng Motor's smart truck, and will be responsible for providing the carmaker with navigation pilot solutions and services.

Its attempt at commercialization doesn’t end there to be sure. Asked where future demand might come from, the Shanghai-based AI firm also revealed. ''Currently, the demand for assisted driving products is mainly spurred by laws and regulations. Going forward, cost reductions and efficiency improvements will propel the market alternatively. Some intelligent functions that focus on fuel economy, time-saving and cost reduction will be implemented,'' MAXIEYE said.

The firm added that the light vehicle market will be more exciting. ''Passenger cars are goods for living and directly targeted at end-users. Built around the need for safety, the design of driving functions tends to provide a comfortable, intelligent, customized and diversified travel experience,'' said MAXIEYE. ''This means that high-level smart driving functions are deployed to cars at a faster pace and have more diversified business models. Therefore, customers have more robust demand for open and customized products.''

To address demands, in January 2022, MAXIEYE introduced its NOM system consisting of three packages based on different hardware for point-to-point driving. The cheapest version deploys 5R1V hardware (five millimeter-wave radars and one video camera), enabling functions like route planning, on- and off-ramp, and changing lanes.

The premium edition is built on a 5R5V setup, integrating the parking and driving processes. The enhanced variant uses 5R11VnL (five radars and 11 cameras plus a number of laser radars according to needs) to reach L3 functions.

Though assisted driving is on its way to replacing manual operation, critics suggested that corner cases will ruin the experience. All the autonomous car projects in the market run on data. But data collection can't cover all the cases in real life. When AI models encounter issues they had never seen before, glitches or even life-threatening malfunctions may occur.

To tackle the issue, MAXIEYE released its multiple sensor solution called Fused Path Planning (FPP). This solution works by inputing sensor data or data derived from different sources so that the results are more credible than processing data individually.

''When we implement FPP (Fused Path Planning), we use a lot of information, just like when people drive cars by themselves. FPP will make comprehensive judgments based on the information related to navigation, lane line, traffic flow, railing, guardrail and roadside and give priority to some factors in the process,'' The company said.

On top of that, MAXIEYE has made full use of the aforementioned information to achieve route planning in a more complex environment that generates a wealth of information.

''At present, our smart driving system commands cars to move forward if there is a lane line or follow cars in front. In the absence of lane lines, the vehicle will head in the direction of the guardrail. Now it has basically achieved a humanlike driving behavior.''

This also shows that the company's current self-driving solutions have partially weaned themselves off reliance on the highprecision map. ''We think high-precision maps can only guide passengers close to the optimal solution, but there are alternative pathways to reach the best solution. These are some issues we have encountered in route planning.''

Through EqualOcean's communication with MAXIEYE, the company revealed that its stated mission is to put AI-powered driving assistants in the hands of everyone, for as cheap a price as possible.

To do that, MAXIEYE proposed three ways. ''Our L2 self-driving system has been deployed to models of many low- to middle-tier cars, including Hozon Auto and Hycan Auto. Speaking of initiatives to cut costs in the future, we would first control the hardware costs through product selection based on our design requirements. We will also implement more self-designed algorithms, which save costs incurred from licenses purchase, and take advantage of hardware by optimizing the computational mining process.''

Although the autonomous driving industry is based on multi-sensor fusion to achieve system redundancy and functional degradation (“camera sensors are extremely prone to soiling because they are located outside of the car and interact with environmental sources of soiling such as rain drops, snow, dust, sand, mud and so on. This can lead to either partial or complete vision degradation”), MAXIEYE believes that industry practitioners have reached a consensus that the benefits of sensor fusion do not negate the value of a single sensor system.

On the contrary, fusion brings both advantages and disadvantages. MAXIEYE explains that one thing will not change in this quest to pursue the best possible technical route, and that is, to constantly push the performance boundary of a single sensor, so as to achieve the optimal solution worldwide.

Autonomous driving is still in the early stage and requires massive technology and capital investment. Choosing between these two dimensions will be a delicate balancing act. One thing is certain. The industry’s future needs more innovators like MAXIEYE to explore the commercialization of self-driving technology.