LenzTech helps brands and retailers harness the power of digital technologies to deliver a superb shopping experience to customers. Venture capitalists appear to trust the firm’s ability to attain this goal. 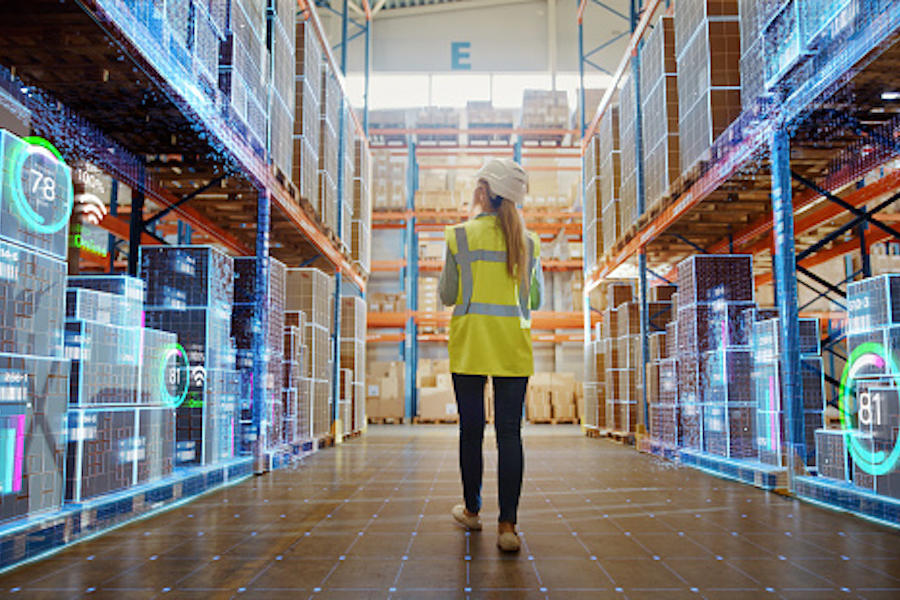 As the impact of COVID-19 reshapes the retail landscape, business models need to be digitized to become more efficient. As such, plenty of operational decisions will need to be made more rapidly and data applications will have a huge impact, because many tasks are hard for humans to perform repetitively or at speed.

A survey conducted by Google Cloud shows that AI can significantly unlock value. After researchers looked at a wide range of retailers, they found that the top 10 use cases have the potential to generate between USD 109 billion and USD 236 billion in operating profit of merchandising and assortment by 2023.

The advent of new technologies such as AI, computer vision and robotics has been a game changer in China's smart retail landscape, and one needs to look no further than the story of LenzTech for evidence.

The Beijing-headquartered startup, which provides, among others, computer vision and data analytics services to the retail industry, recently made headlines for bagging CNY 125 million (USD 19.3 million) in a new funding round.

Established in 2015, the company uses a flexible crowd-sourcing platform and advanced IoT solutions to help offline stores digitize their business.

Specifically, shelf and product images could be transformed into detailed store data for AI-powered analysis and insights. These prove instrumental for consumer goods companies and retailers to digitize their operations.

To enhance the core competitiveness of brick-and-mortar stores, Tang said the AI startup has expanded its service scope from brand owners to retailers.

Data analytics and insights based on information gathered regarding out-of-shelf, price tags and shelf compliance, could enhance the operating efficiency of stores.

Years ago, when Jack Ma put forward his theory on New Retail, which revolves around the three concepts "consumers," "merchandise" and "stores," it unleashed a slew of innovations that revolutionized the physical retail scene. 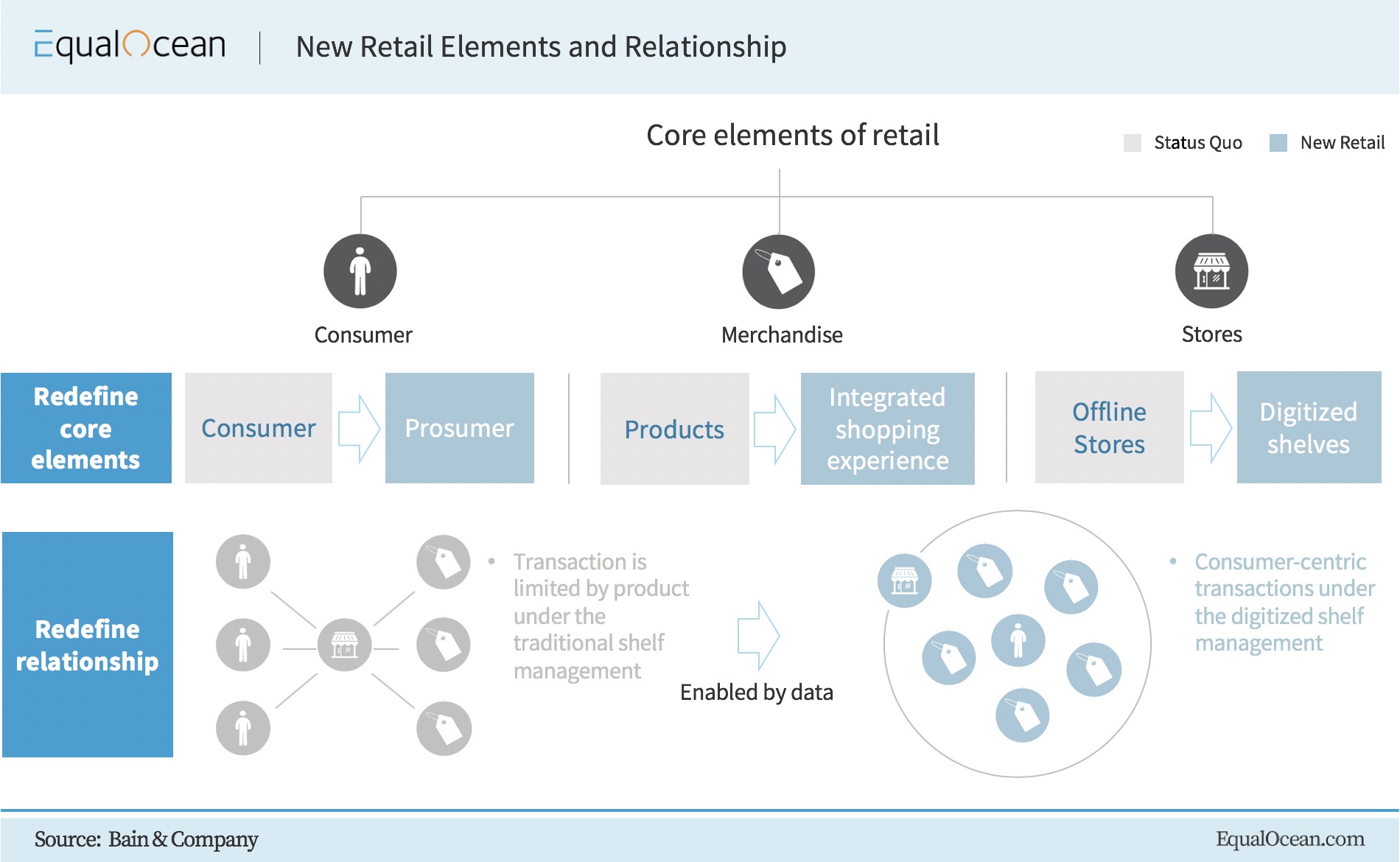 Tang of LenzTech explained that years after the New Retail theory caught on, consumer-centric applications have been relatively mature.

By contrast, improvements to the "merchandise" and "stores" dimensions are still underway, offering huge market opportunities for startups like LenzTech to deploy their technology.

Traditional retailers often lack access to real-time digitized product data, making it difficult for them to decide when is the best time to restock shelves, fill up inventories and prevent loss of sales.

LenzTech came to rescue these retailers, keeping track of the state of shelf and guiding instant actions. In this way, the store operator is always able to keep on-shelf availability at optimal levels through monitoring business intelligence dashboard.

Following these upgrades, the retailers are able to make full use of physical space including shelves, second displays and end-caps and strengthen the connection with shoppers, hence a surge in GMV of stores, according to LenzTech. At the same time, customers’ shopping experience and customer satisfaction will be greatly improved accordingly.

Whereas many people tend to point an accusing finger at e-commerce platforms and vendors for poaching customers from offline grocers and mom-and-pops, tech pioneers like Tang believes that digital transformation will give offline retailers a strong competitive edge in the face of a threat from online marketplaces.

This is because, in his view, online and offline merchants are not necessarily in conflict with each other. On the contrary, in today's business world that constantly calls for a more seamless online-to-offline shopping experience, digital transition not just helps retailers retain customers and bolster sales.

What's more, Tang told EqualOcean that online and offline experiences can be complementary under the model of digitized operation. For example, retailers could better manage their SKUs to reduce consumer complaints or refunds sparked by failed delivery of a product flagged as out of stock. This could deliver a better user experience for shoppers using online-to-offline channels.

Going forward, in addition to computer vision, LenzTech looks to enlarge its supply of cutting-edge image recognition technology to empower retailers. "LenzTech has a vast room for imagination with respect to future growth," said Tang.

Some of the applications the firm plans to roll out in the future include retail inspection robots equipped with big displays, so that these "sales assistants" can lead shoppers to the location of certain goods.

Setting sights on offline retail, which Tang said represents nearly 70% of China's overall retail market, LenzTech aims to tap an industry worth to the tune of over CNY 30 trillion.

Feng Yao, managing director of Yunqi Venture Partners, is one of those who are upbeat that LenzTech is among those beneficiaries of this massive market potential.

Yunqi is one of the venture funds that backed LenzTech's latest funding round, which also roped in investors such as Tiantu Capital, Ecovacs Robotics, Zoo Capital and Gongqingcheng Lingtang.

According to earlier media reports, the proceeds will be used to ramp up digitization of the offline retail industry, optimize in-store inspection robots, and upgrade AI and IoT technologies.

Feng said the Chinese market for consumer goods reached CNY 41 trillion (USD 6.3 trillion) in 2020, of which 20.1% was generated by FMCG. Meanwhile, nearly 80% of core product categories are still sold via offline channels.

"There are over 6 million physical stores of all types (in China), so offline sales will continue to be the bulk of retail revenue," said Feng, who led Yunqi's funding of LenzTech. "If 1% of the consumer goods revenue (CNY 0.41 trillion) is invested in digital transformation, this will create a market worth close to hundreds of billions of CNY."

Tang concurred, although he differed a little with Feng in his estimate of the proportion of offline retail. He pointed out that around 30% of the domestic retail market goes to online e-commerce, while the size of the offline segment is upwards of CNY 30 trillion, as a conservative estimate. "If the physical retail world can be completely digitalized, the benefits it will bring are enormous," he said.

This feedback, in Feng's opinion, will help brands devise better new product and marketing strategies and promise a better user experience, in the form of more complete information about SKUs and more personalized product recommendations.

Lured by the immense opportunities in disrupting and reshaping China's retail landscape, lots of tech companies have joined the game, turning up the heat on existing players.

Asked why Yunqi has chosen LenzTech over a cohort of similar startups, Feng claimed the reasons are threefold.

"For one thing, thanks to years of experience and accumulated know-how, the company has a deeper understanding of retailers and brands," said Feng. "We also bet on LenzTech because of its technological prowess in computer vision, AI and IoT capabilities."

For another, she also noted that Yunqi was deeply impressed by the team's incisive knowledge about products and applications, as well as its continued passion.