An already crunched EV market is getting battered once again by factory closures in China throughout the supply chain. Tesla has persevered. 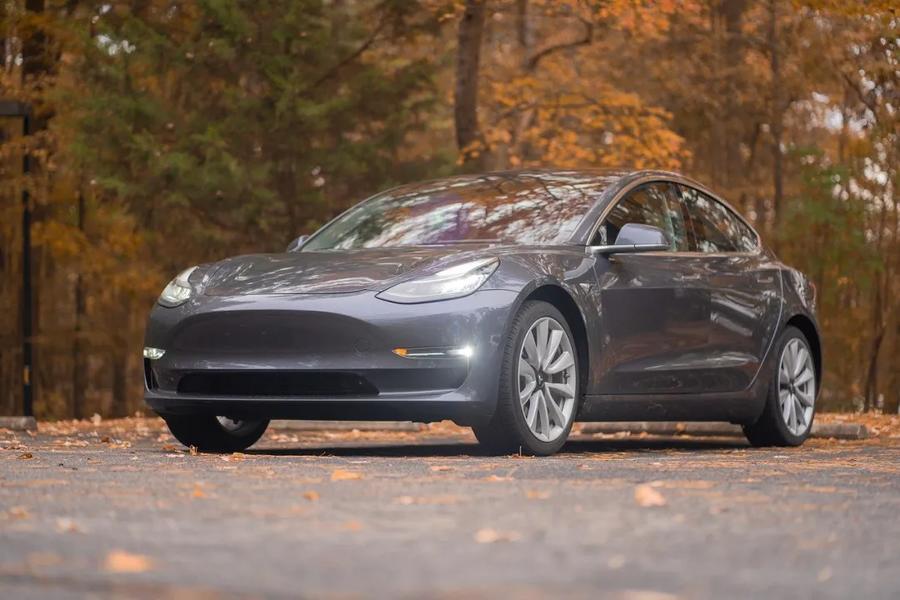 Covid from the start has had a massive impact on supply chains and the macroeconomy. Following the vaccine roll out, things were starting to look promising as markets rallied in the “k-shaped” recovery. Chip shortages put a big dent into production as many firms have had to raise costs. Now, a resurgence of Covid on the mainland has led to factory closures and controversial lockdown measures that are bringing EV production to a screeching halt. Attempting to ease the disruption, the Shanghai government published a "white list" of 666 companies that will be allowed to resume production with 40% being automakers or companies involved in their supply chains. Nonetheless, the further disruptions will certainly have an impact.

On March 22, Tesla opened the keystone gigafactory in Berlin, their first on the European continent. The opening is crucial to staking claim in an important high demand market. Not too long after, Elon Musk suitably threw down a Cyber Rodeo to kickstart a very grand opening of their newest American plant Giga Texas in the city of Austin. Tesla moved its headquarters to Austin officially as of Dec. 1, but still operates its first electric car factory in Fremont, California. These brand new factories are manifestations of Tesla’s proactive ambition to localize production and achieve status as the most efficient EV/technology/utility company in the world.

The company’s Shanghai factory has been shut down since March 28th because they could not secure enough components and protective gear to keep the assembly line running. Tesla made around 55,000 vehicles in March but the numbers are a bit disappointing in relation to January’s production. They're also raising prices, too, on their EV SUVs by around 10,000 Yuan while staring Down 40,000 Lost EVs amidst this beatdown. However, it isn't all bad news for Tesla.

The support from their new factories is likely to stabilize production as Bloomberg expects Tesla’s Berlin plant to be able to produce 30,000 units in 2022 while being able to produce 1,000 units by the end of the year. This is beneficial for supporting production disruptions in Shanghai which can produce 2,000 per day. While not quite enough, Tesla has reinforcements that will keep it above its competitors.

Tesla blew away the market. Not only were they able to weather the crisis much better than competitors, they are beating their own expectations and responsibly dictating guidance to shareholders. Tesla achieved 29.2% profitability excluding credit. Many analysts expect Tesla to be able to reach 40% while Musk himself has mentioned a softer 30% gross margin target. This feat was achieved despite historic international crisis and market conditions. Adjusted earnings per share landed at 3.22 while expectations targeted 2.27. Revenue beat its target reaching a healthy 18.8 bn. These successes would be good even for a healthy market.

Tesla offered guidance about its strong capacity to grow manufacturing capabilities and continues to advance on the exotic CyberTruck’s industrialization. The company has achieved monumental numbers and in the most difficult of circumstances. The fact that Tesla could expand margins despite severe hikes in raw materials, factory closures, and many other market disruptions is so strong that one could argue that it is a diamond in the rough globally as a company.

Tesla investors should carefully consider Tesla’s comparables. Though they are flourishing despite supply chain pressures, profitability could very well take a hit. While production is primed to resume in Shanghai, the losses still remain. Musk himself indicated that second quarter numbers might not be glamorous because of all of the turmoil however, the second half of the year, investors and buyers alike can expect Tesla deliveries to accelerate as the company’s new manufacturing capabilities flex their muscles.

To further combat supply crunches, Tesla may even start mining lithium as surging metal prices are likely to harm assembling of battery packs. It is also rumored that Model Y production in Texas is already utilizing newer 4680 battery cells which notably exclude cobalt. Cobalt utilization has been something the public has used to drive negative sentiment into the company and which Musk himself has pledged to diversify away from in advancing battery cell technology.

It would be wise of Tesla to specifically improve upon not only the diversification of battery types but to continue to progress on production of the CybrerTruck, improve upon production ramping of the models S and X, and to offer guidance into a potential stock split. Musk should also address any potential liquidation of his shares into his prospective purchasing plan with Twitter which has been looming in the public space controversially. The Optimus robot is also something investors should pay attention to as the company is certainly more than just cars, batteries, and utilities. Insurance, and technology are also two crucial aspects to the company’s diverse offerings.

The rest of the field

Competitors in China like Volkswagen and Nio are all grappling with direct mainland disruptions. China accounts for 40% of VW sales but missed EV sales target in China last year of 80-100 thousand EV sales. VW’s plants in Shanghai and Jilin have had their doors shut for weeks though the situation was described as “day-to-day.” Production began to resume gradually on Monday the 18th. For NIO, the shutdown didn’t appear to be about local Covid infections. Instead, NIO suppliers located elsewhere were having trouble supplying their plant.

These firms amongst others are more localized in China especially in selling to China domestically. They also do not enjoy the high volumes that Tesla enjoy’s. A consequence of this is that SAIC, FAW, and others, who produce millions of vehicles for brands like GM, VW, and Toyota, have to directly grapple with closures. China produces 30% of all passenger cars and trucks globally. Companies more heavily leveraged on mainland production may need to explore strategies like VW. Volkswagen Group CEO Herbert Diess announced a new growth plan to divest more power to its regions and brands. Other firms will likely have to follow suit in some way or another if they can stay in the race with Tesla. 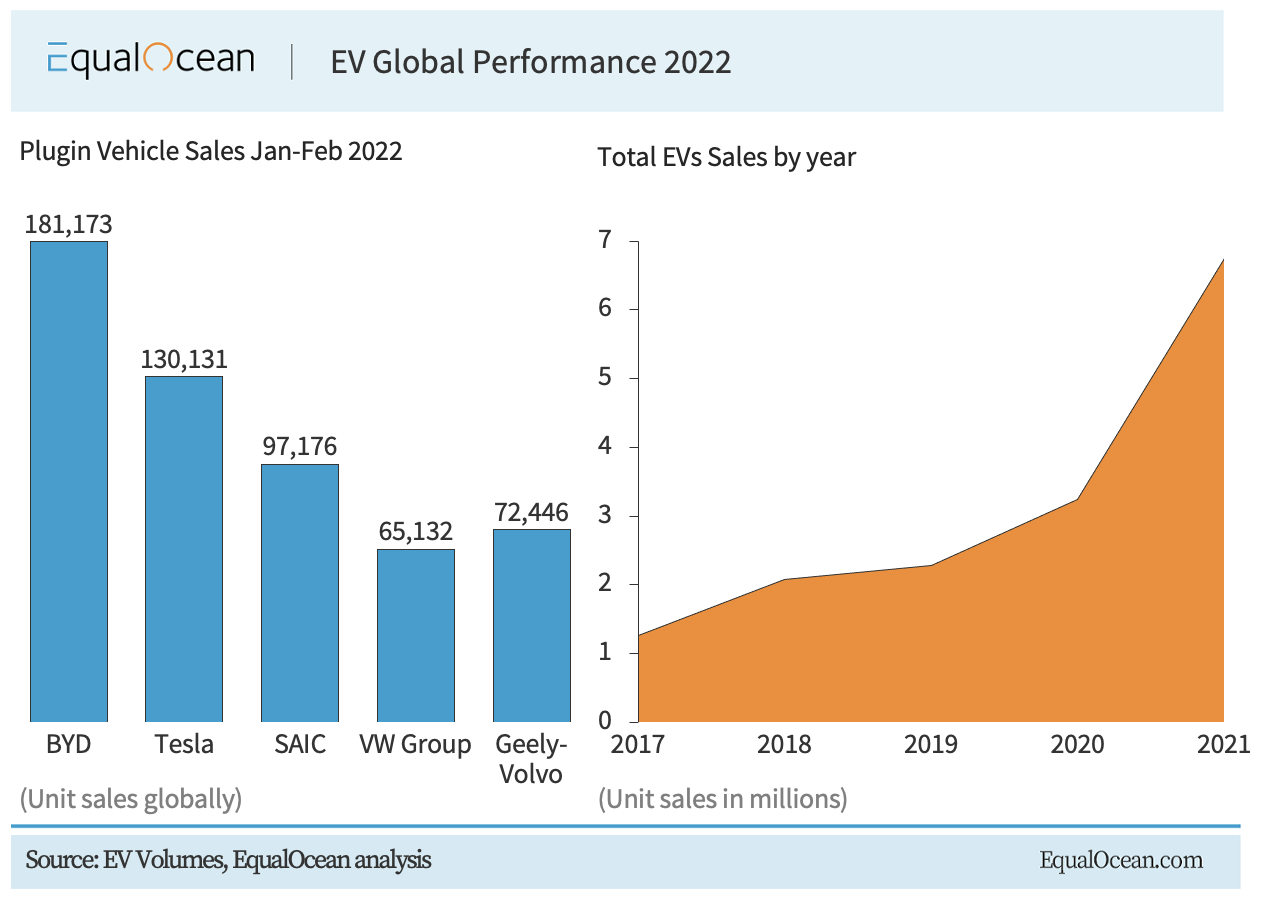 Overall, Tesla has shone and its competitors have done their absolute best. While it might not be enough, the narrative essentially remains the same. That narrative is that it is Tesla's EV world and competitors are living in it. Tesla got ahead proactively in anticipating weaknesses in their supply chain. Even if rivals like VW or domestic brands like BYD and SAIC are able to optimize successfully going forward, Tesla is already on the next chapter of this book. This doesn’t mean other companies won't enjoy success, but they likely won't get as big a slice of the pie as Elon’s goliath.