The Evolving Role of the Renminbi in Global Finance 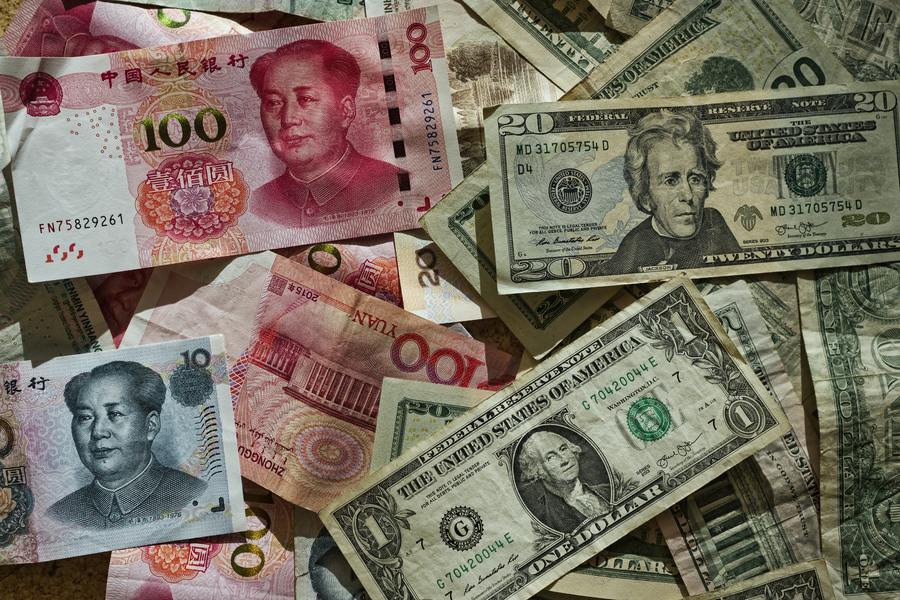 Central bank digital currencies (CBDC) are digital tokens that are similar to crypto currencies. A central bank controls the currency which makes it distinguishably centralized. CBDCs conceptually aim to evolve monetary systems and governance. It’s possible that CBDCs can change how a given economy operates but it’s unknown to what degree of net positive or negative.

China’s manifestation of this concept is known as the Digital Currency Electronic Payment, digital RMB, or e-cny. The State Council approved the development of digital RMB in 2017 with partnership from commercial banks and other organizations.

Cross-Border Interbank Payment System (CIPS) is China’s banking system which offers clearing and settlement services for participants through the utilization of the Renminbi for payment and trading. Launched in the year 2015, CIPS aims to internationalize the Renminbi and rival the dollar and SWIFT payment system. In 2021, CIPS processed around 80 trillion yuan. About 1280 financial institutions in 103 countries and regions have connected to the system.

Trialing and extrapolating the digital yuan

The winter olympics in Beijing were the most recent implementation of CBDCs at a controlled scale. An official at People's Bank of China said that the e-cny was used for 2 million yuan worth in daily transactions during the Olympics trial. Testing conducted by China thus far has observed reliability, stability, and ease of use of the digital currency. It’s effect on money laundering, tax evasion and terror financing have all been tested as well. The digital yuan can be accessed directly through smartphone apps or even a physical card similar in nature to Visa. As recently as early March, China’s leadership has approved another several localities for more trials according to the state-backed financial outlet Securities Times.

China is already a digital economy with cashless payments from private commerce like AliPay and WeChat Pay being the dominant means of exchange. Cash has decreased in usage in many countries since the invention of payment cards and mobile payment systems. Mass adoption at a national level has yet to be obtained anywhere including China. Europe’s Central Bank launched a digital euro project of their own in 2021. European Central Bank President Christine Lagarde has stated that “Our (the ECB) work aims to ensure that in the digital age citizens and firms continue to have access to the safest form of money, central bank money.” US President Biden recently signed an executive order to urgently explore a digital version of the dollar. He did not take a position on whether he believes a digital dollar should be issued. The growing influence of crypto has played a substantial role in Biden’s executive order and other nations' development of CBDCs.

While there are claimed benefits like cheapness to operate, liberating credit and liquidity risks, and improving cross-border payments, there is uncertainty about residual changes to existing financial structures. Banking reserves, investments, interest rates, the financial service sector, and overall economy as well as its stability can all be affected by the prospective mass adoption of digital currency in the real world. Digitally bank-issued currency is naturally subject to vulnerabilities in the cybersecurity space. Serious safeguards would need to be in place to prevent the penetration and theft of assets and private information. Digital money being used as an instrument of social policy would also be dangerous for the credibility of central bank money and for central banks themselves, potentially stunting the yuan's share of global reserves and transactions.

China’s ambition with monetary innovation is to challenge the dollar and influence of the US economy and power on the globe. CIPS has recently gained attention amidst Russia’s conflict in Ukraine. To successfully grow CIPS internationally, the nations involved have to trust and cooperate very heavily with China. Moscow may be more heavily influenced by China but will likely be diplomatically at distance due to China’s deep interdependence with western nations. This should limit to what extent CIPS can really encroach upon SWIFT and China upon America’s influence in the short term. In other words, the threat of China weaponizing its own closely controlled global payments system for geopolitical influence in the same current fashion as the US restricts China’s growth. Further releasing of capital controls and liberalization are the more optimal routes for China to gain hegemony.

In January of 2022, SWIFT reported that the Chinese yuan accounts for 3.2% of global payments by value. Passing the Japanese yen, the yuan still remains behind the British pound, the euro, and the US dollar. The growth of Chinese imports and exports has propelled settlements denominated in renminbi. Wang Youxin, a senior researcher at Bank of China, has claimed that the dollar's increasing volatility has strengthened international investors’ confidence in China and their currency for international trade, investment, and financing. Morgan Stanley has predicted that the renminbi will become the world's third-largest reserve currency in 2030. The currency ranks fifth in the International Monetary Fund's latest data.

Critics also believe that the yuan needs to float against the dollar in order to attain reserve status. It is likely however that if China follows a path that cautiously balances internal “stability” and regulation with globalization, the yuan can exist as a bipolar or multipolar reserve currency with or against the dollar. China’s currency isn’t equally scaled as high globally as the nation’s GDP. China’s share of global GDP in nominal U.S. dollar terms rose to 17% in 2020 from 8% a decade earlier, according to Bloomberg calculations based on World Bank data. The US also accounted for the largest share of the world’s GDP in 2021 at 24.4%. This inequality between variables reveals a discrepancy between trust in China and reliance status quo. This could also indicate room for potential growth relative to China’s competing economies.

A 2021 survey of 65 central banks by the Bank for International Settlements showed that 86% of them are developing a digital currency. Some 14% of the banks said they were running pilot projects, while 60% were experimenting at the proof-of-concept stage. Rival countries are seeking to capitalize on the public’s underutilization of physical currency while private companies continue to probe deeper into the digital currency space. The U.S. is facing a world in which it may not control or even lead the world’s payment systems. Though speculative, new technologies like e-cny and advancements with CIPS at the technical level should bring more attention to China and their international influence. China won’t likely rush to save Russia with their on-going technologies as the nation is incentivized to deepen connections globally. China should avoid blow back for directly enabling an aggressive Russian regime and continue to carefully navigate this crisis.

International investors currently have little incentive or ability to hold renminbi in large balances and consequently have liquidity concerns. This limits the renminbi and the economy of China as a whole. CIPS is premature and global tensions are high. Assuming the Russo-Ukrainian crisis is resolved accordingly, investors and the rest of the world will continue to learn about CBDCs and nations will make their own decisions as to the evolution of centralized currency and its influence against the rise of decentralized cryptocurrencies. These innovations and recent guidance from state leaders in China should give inventors confidence and insight as to the direction of China and the potential of their investments. China will likely continue to play a big role in emerging market stability and propelling global growth.