Here we present the key insights of Tsinghua University School of Economics and Management's Steven White at the recent EqualOcean event. 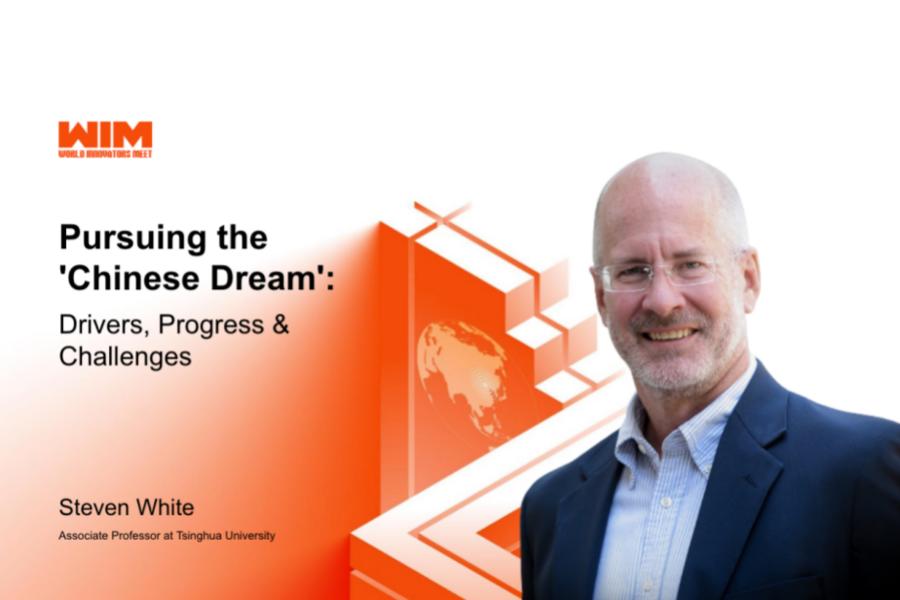 China is on its way to becoming a global economic power, and Beijing has set its eyes on becoming a superpower in other domains. Amid this ambitious outlook, the 'Chinese Dream,' the slogan coined by President Xi Jinping, has been quoted repeatedly. It is about pursuing the strength of the country and rejuvenation of the nation; in other words, it shapes the present and reaches far into the future of China.S

On December 10, 2021, at the 'Localization & Globalization' Summit, a part of EqualOcean's World Innovators Meet (WIM2021), Dr. Steven White provided his take on what has contributed to China's success in some industries. He also presented seven significant challenges that may, in his view, stunt further progress.

Dr. Steven White is an Associate Professor in the Department of Innovation, Entrepreneurship and Strategy at Tsinghua University's School of Economics and Management. His current research projects investigate the role of entrepreneurship in the emergence of new industries, competition between ecosystems and China's national innovation and entrepreneurial ecosystem. Recognized as one of the top China-based management scholars, he received his Ph.D. from MIT's Sloan School of Management.

Dr. White concluded the success factors of Chinese entrepreneurs so far as "price, speed and scale." He explained that the dominant strategic logic is "about having a lower cost structure or a lower price for the same thing, as well as being very fast to market and being able to scale operations."

"There is a very low end of the value created and captured [in China]." iPhone is a great example. The total cost of components and processing for the iPhone used to be about USD 378, while only USD 14 stayed in China.

3| Increasingly strong calls for innovation from the top

"For the past ten or twenty years, China has been calling for more domestic innovation." Former and actual Chinese top leaders have voiced the importance of innovation and proposed a series of strategies across industries.

"We used to hear about Made in China 2025; officially we don't [have it anymore], but it is still there. The objective is to first catch up, and then become the leading edge of innovation in those strategic and academically critical areas."

"The trend has a lot going for it. China has a lot of people, human capital, research funding going into it; 86% of Chinese going abroad to study will come back after graduating right now, creating huge benefits for human capital."

6| Boosted by the private sector

"Most of [China's economic vitality] would be driven by the private sector. We can see that private companies, in terms of the average ROA and average profit margin, are much higher than the state-owned enterprises (SOEs)." Per Dr. White, SOEs provide necessary products and services, but [mostly] don't provide value-creating functions.

Dr. White called China's fintech a success story, adding that the "Chinese fintech firms and sectors are completely outshining [their peers] anywhere else in the world; [...] they are much more dynamic, much more diverse than [those in] the US, Japan or the whole Europe." 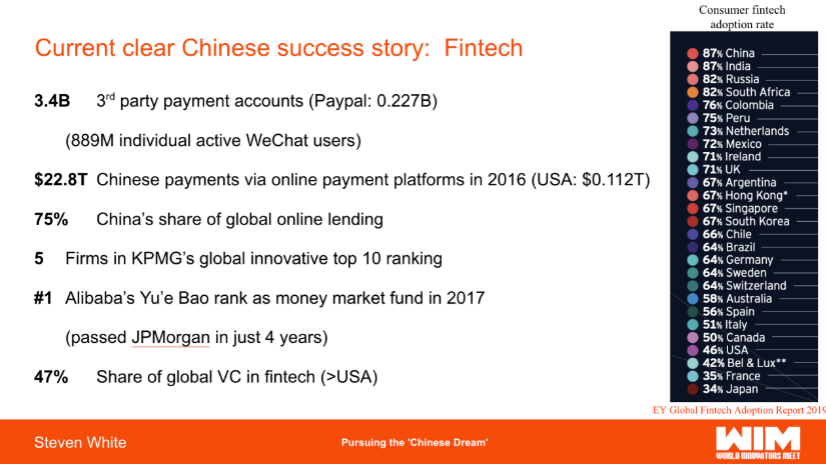 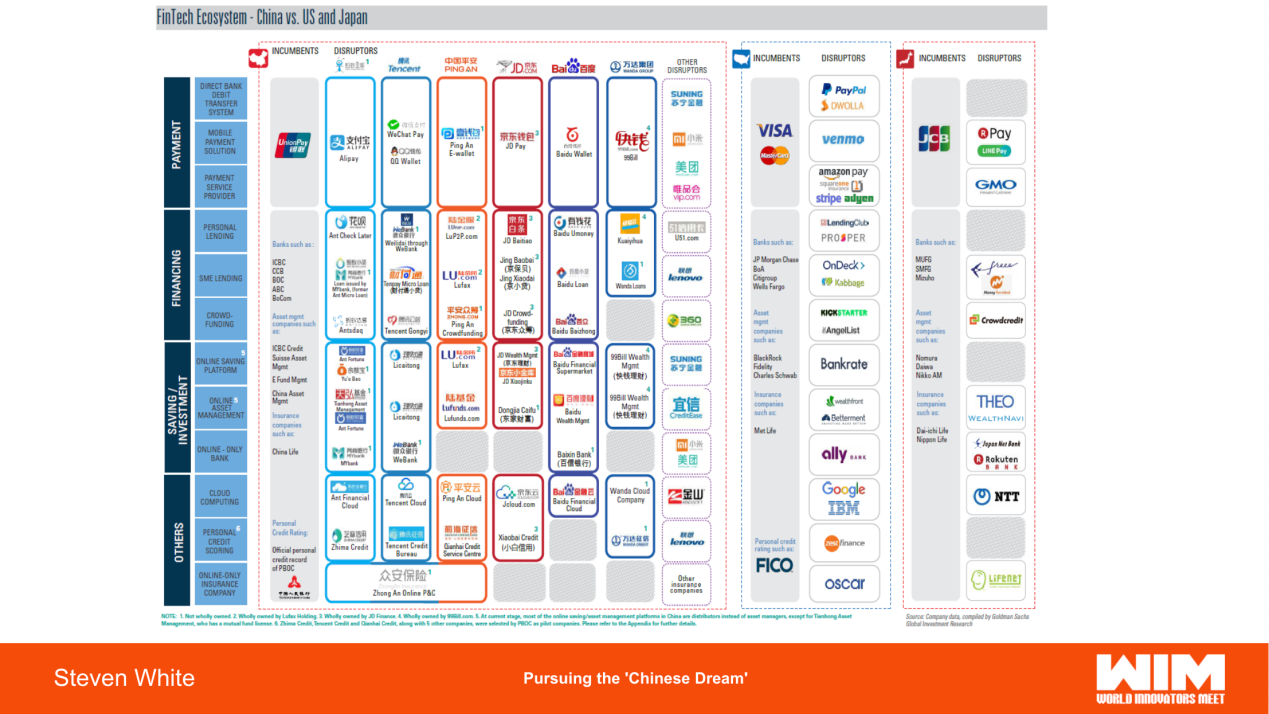 The NEV industry: another front-runner

Dr. White referred to China's NEV sector as another emerging success story. He noted that "[although] Tesla is winning now, I would invest in Chinese firms, as their trajectory is clearly so much higher." 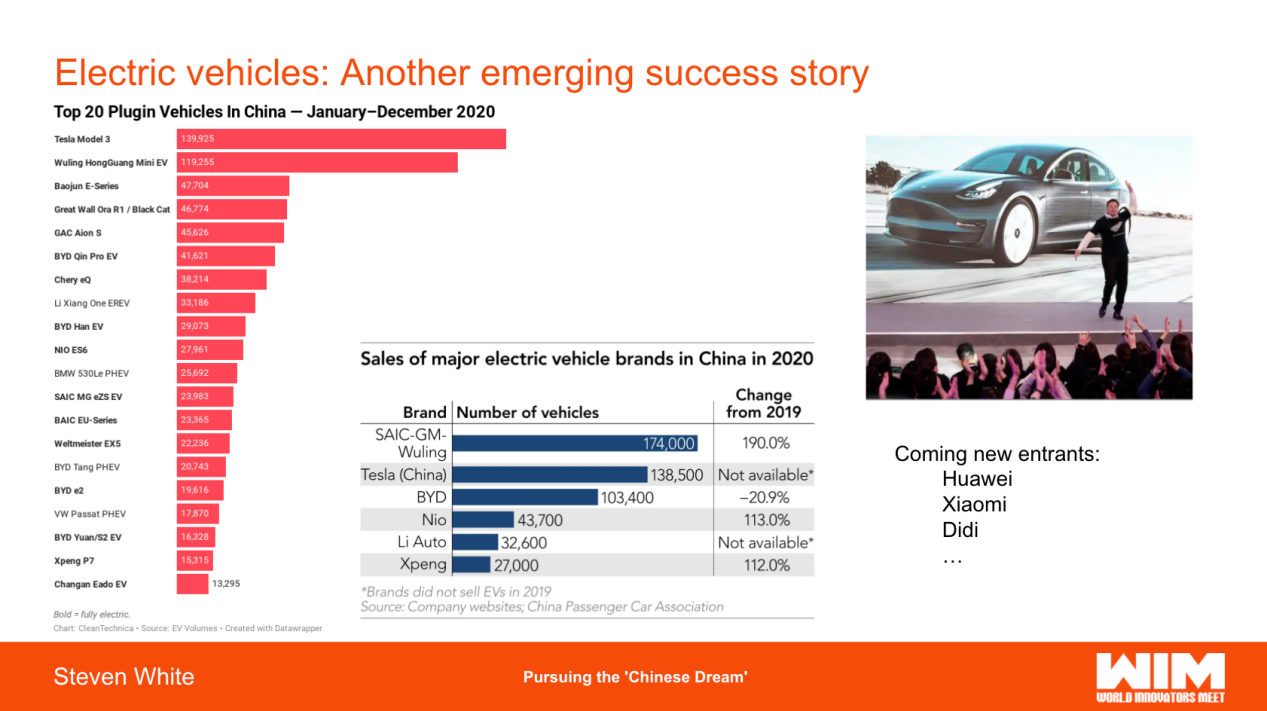 Dr. White mentioned that "the management system which is basically top-down, and the emphasis on the dysfunctional internal competition" stunt the ability and possibility to get the true value from those smart and well-trained people.

China has a relatively more steep-sloped curve representing trust among different citizens; in Dr. White's words, "when you have low trust, you have fewer opportunities to collaborate, which is actually a very important consideration. That's a big challenge."

"It tries to make changes, but it is dysfunctionally competitive, and there is a lack of critical thinking."

4| The overwhelming power of precedent

"There is also an overwhelming power of the precedent, like Nike to sports manufacturers." China has long been following the legitimate form without any different imagination and Dr. White proposed that it is a kind of 'risk avoidance' in there.

"They have money and experience, but they tend to emphasize speed and scale more than profitability." It is easy to raise start-up funds, but they didn't invest in deep tech; they focus on pretty simple tech that has already been done or proven. The sharing bicycles in China has been referred to as the example."

Dr. White proposed that the money for entrepreneurship "is not going to the broad part of society, it is going to the part that can pay for."

"It's hard to find financing that would wait for returns for four, five, six years." Dr. White pointed out for those who have already been in revenue would be taken off, so it is far more than patient investment capital.

Dr. White concluded that to have the 'Chinese Dream' realized, the country should make some transitions from imitative/simple to more deep-tech and integrated business models, more extensive applications, to create true value. He added that requirements on changes in mindsets and attitudes would be hence raised – and that would be a massive challenge.

For Dr. Steven White's slides and presentation recording, please subscribe to our weekly newsletter, we will be sending them out in the following weeks.