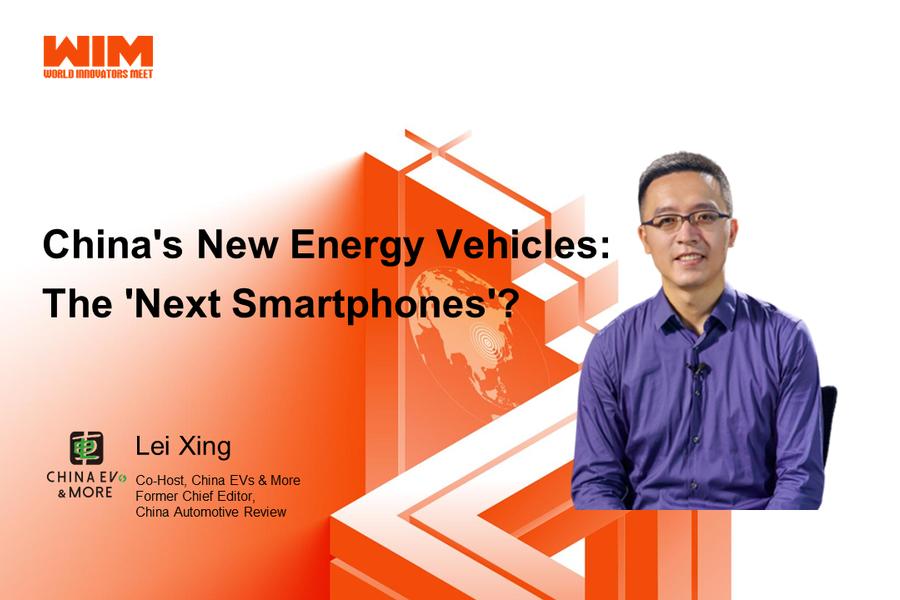 2021 saw global record sales of electric vehicles. China, which is leading the transition to auto electrification worldwide, has also seen booming demand for new energy vehicles. Looking to the future, what will drive the market forward?

On December 9-10, 2021, EqualOcean hosted the World Innovators Meet 2021 (WIM2021) conference. Lei Xing gave his speech 'China's New Energy Vehicles: The Next Smartphones?' Per Mr. Xing, in the next years, OEMs, while tailoring their strategies, will need to consider several dimensions, including the market, players and industry forces.

Lei Xing is a co-host of the 'China EVs & More' podcast, an independent industry analyst/consultant and EV/AV/mobility enthusiast. In his previous role as chief editor of China Automotive Review, the only tabloid magazine in English exclusively focused on the Chinese auto market, Lei covered the Chinese auto industry for two decades. Lei has interviewed numerous CEOs of both Chinese and global automakers and is well connected throughout the industry. He is currently based in Massachusetts, the United States.

In the past few months, China's auto industry has seen significant year-on-year growth in monthly NEV sales, while the whole market has shrunk. According to CAAM, October NEV sales were 383,000, a year-on-year growth of 139%. In the meantime, total vehicle sales decreased by 9% to 2.33 million. 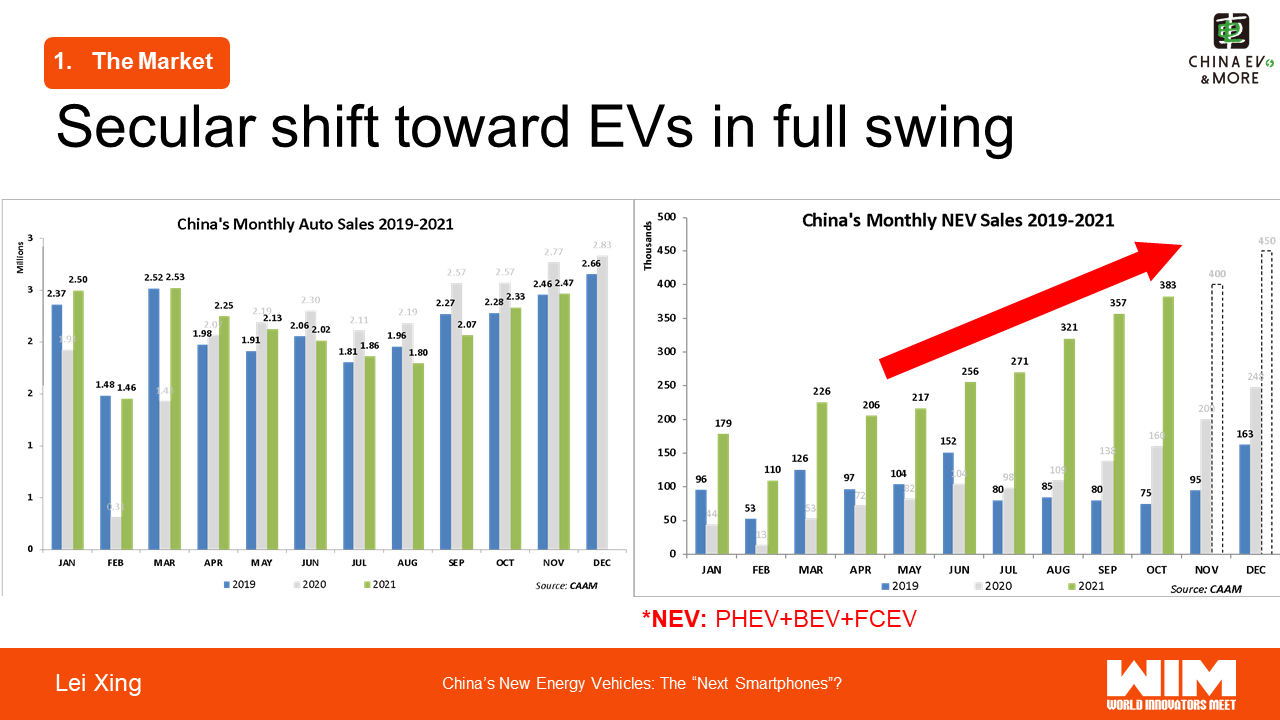 To better gauge how good NEV sales are, Mr. Xing provided another two figures. The NEV penetration rate, defined as NEV sales divided by auto sales, hit 16% in October 2021. This rate was even higher at 18% in the passenger vehicle market.

A number of brands are acquiring market share in the EV space. The cohort consists of traditional foreign established brands like Toyota, tech giants-backed startups like Jidu Auto, smart EV startups, such as NIO and Li Auto, and traditional local OEMs, for example, BYD. 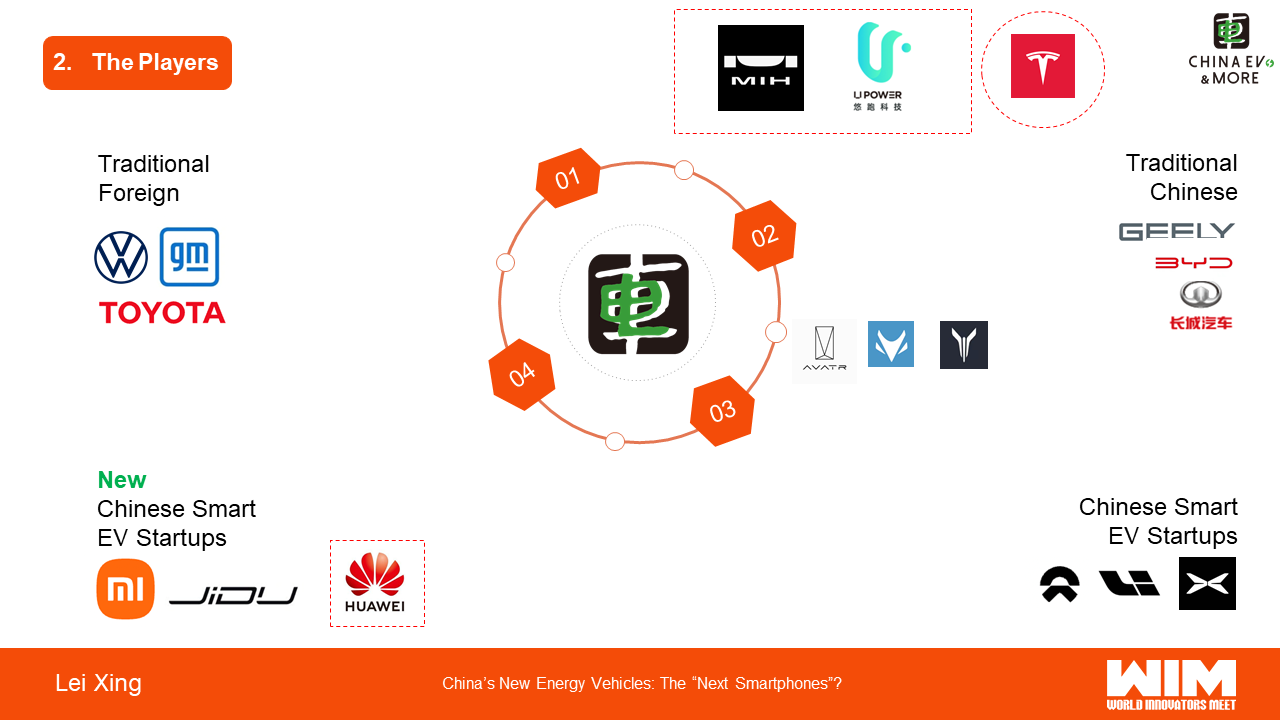 Based on the sales and prices of the above players' models, the market presented a dumbbell effect whereby lower and higher-priced vehicles have good sales figures while middle-class ones sell less.

Having introduced the market, Mr. Xing outlined what forces could affect it next.

He believes intelligent features are essential for attracting consumers. Citizens born in and after the 1990s are becoming the main force of purchasing tech-savvy products. Thus, the future demands smart, connected vehicles.

Besides, lidar (laser scanning radar) is necessary for the ongoing arms race in the EV sector. According to public specifications of recently released models, most of them will be equipped with at least one lidar.

Last but not least, Mr. Xing also thinks some OEMs may need to undergo a significant upgrade in many aspects, including

●      Vertical integration (battery, chips, IGBT and so on)

For Lei Xing's slides and presentation recording, please subscribe to our weekly newsletter: we will be sending them out in the following weeks.