Here is the transcript of Yuanpu Huang's speech. 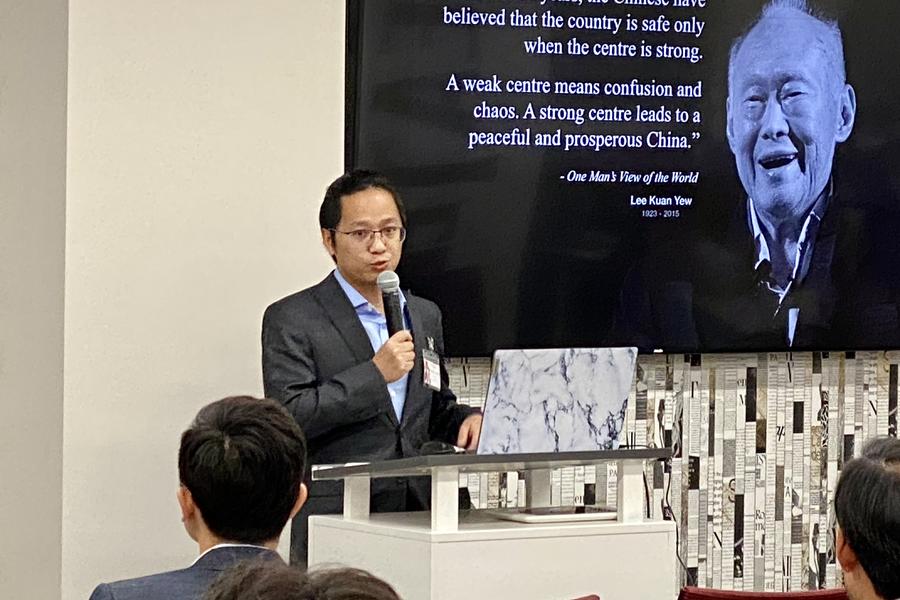 New York local time December 9, 2021, WIM2021 New York Forum organized by EqualOcean was successfully held in midtown Manhattan. Yuanpu Huang, the founder of EqualOcean, gave a keynote speech and shared his answers to two questions: is China still a good market for investors and entrepreneurs? Who and which sectors will be the winners?

Good afternoon, I am Yuanpu Huang, founder of EqualOcean; welcome to the WIM2021 New York Forum. Today's forum is part of the World Innovators Meet 2021 (WIM2021), which also includes two other 'China and the world' webinars from December 9 to 10, and nine in-person conferences in Shanghai from December 21 to 23.

EqualOcean was founded in 2014 and headquartered in Beijing, with offices in Shanghai, Shenzhen, and New York. We are an information service provider and investment research company focusing on a range of sectors in China, including technology, consumer, healthcare, automobiles, etc. Our 200+ members are devoted to helping Chinese brands expand internationally and enabling global investors and ambitious corporations to understand the Chinese market better. 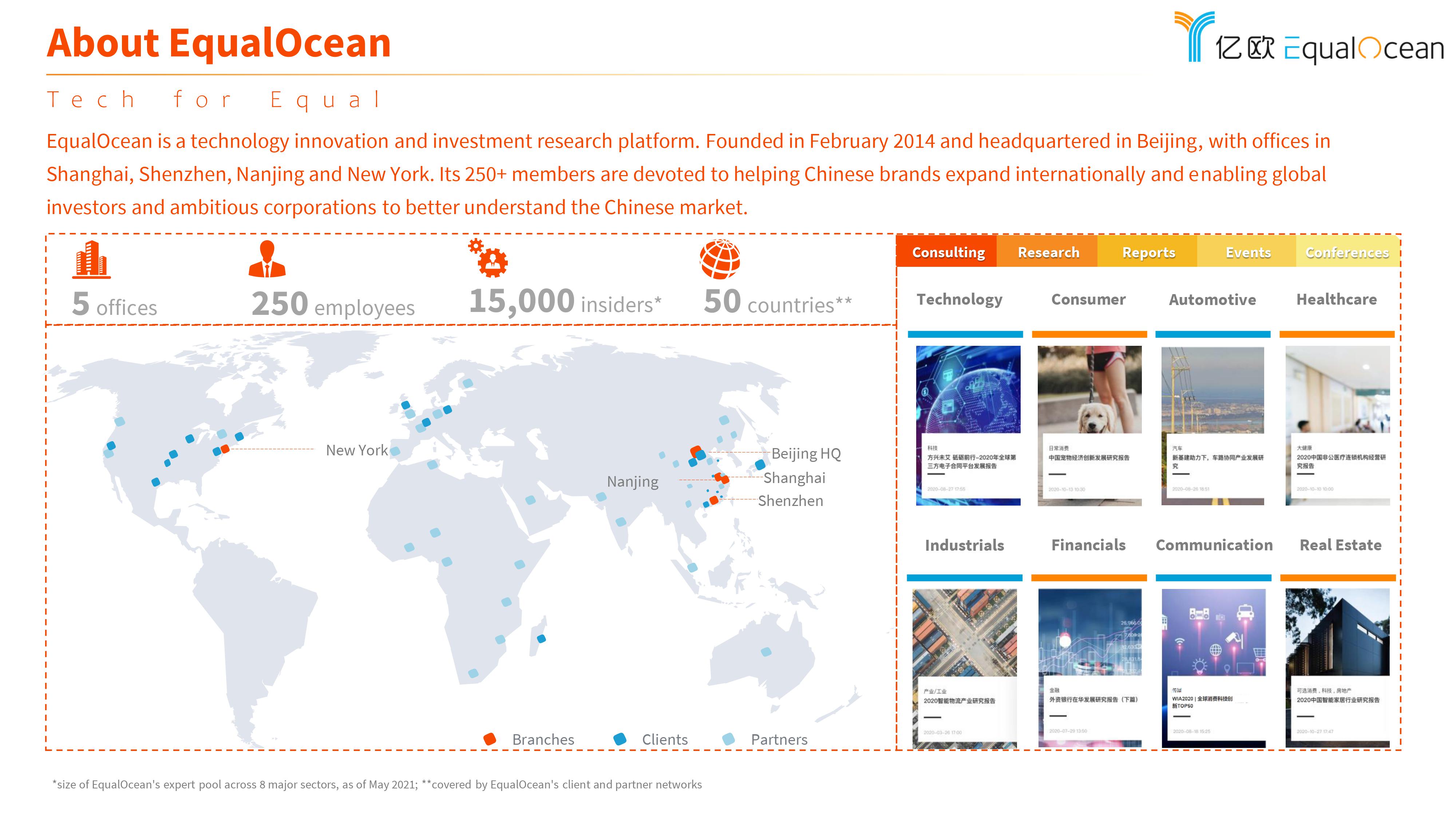 Today, on behalf of EqualOcean, I would like to answer two questions: First, is China still a good market for investors and entrepreneurs? And second, who and which sectors will be the winners?

Is China still a good market for investors and entrepreneurs?

Let's start with the first one. For a long time, the logic for investing in China was driven by the so-called 'fast growth + open market,' which was quite easy to understand. The average GDP growth between 1992 to 2012 was more than 10%, and during the same period, China pushed forward the opening-up policy, giving private and foreign-owned companies more space to grow.

Now the logic we mentioned above has changed; the two-digit growth era has gone. Though we found that the GDP share of private and foreign-owned companies was stable in the past decade, doubts appear whether China is still pushing forward with market reforms. In 2021, the market turbulence in China caused by the regulatory crackdown on industries including big techs, education training, and online gaming, plus the Evergrande debt crisis, the pandemic, and geopolitical tensions, all contributed to many people's pessimistic mood about China's future. 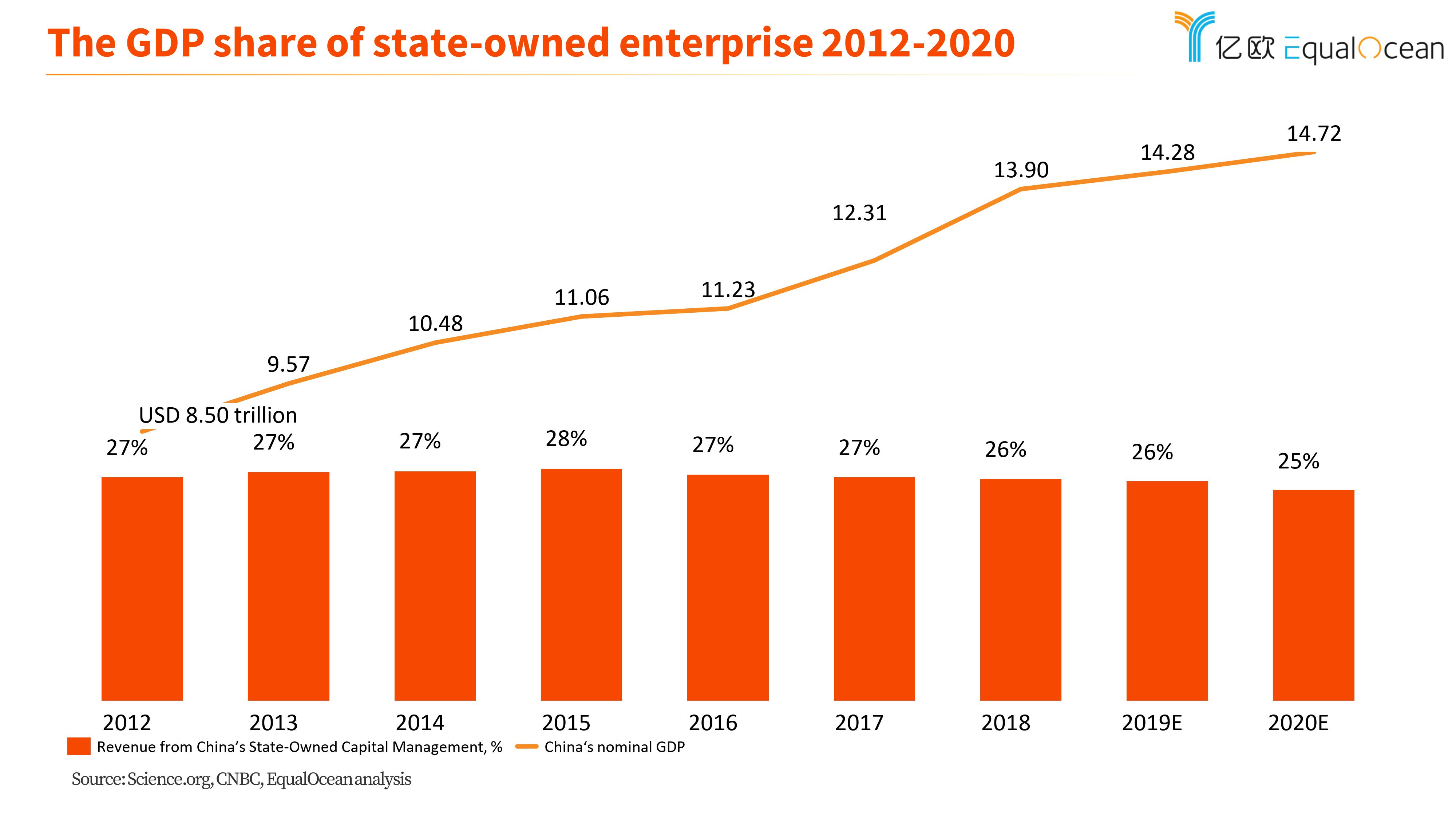 Let's put the emotion and prejudice aside and use a long-term view to think about these questions: Is China's economy still on an upward trajectory compared to other major economies like the US, EU, and Japan? Will China's technology power benefit or suffer from the tech war between China and the US in the long term? Will 'common prosperity' regulatory campaigns targeting big techs, education training, online games, and real estate ultimately cause China's middle class to expand or contract? 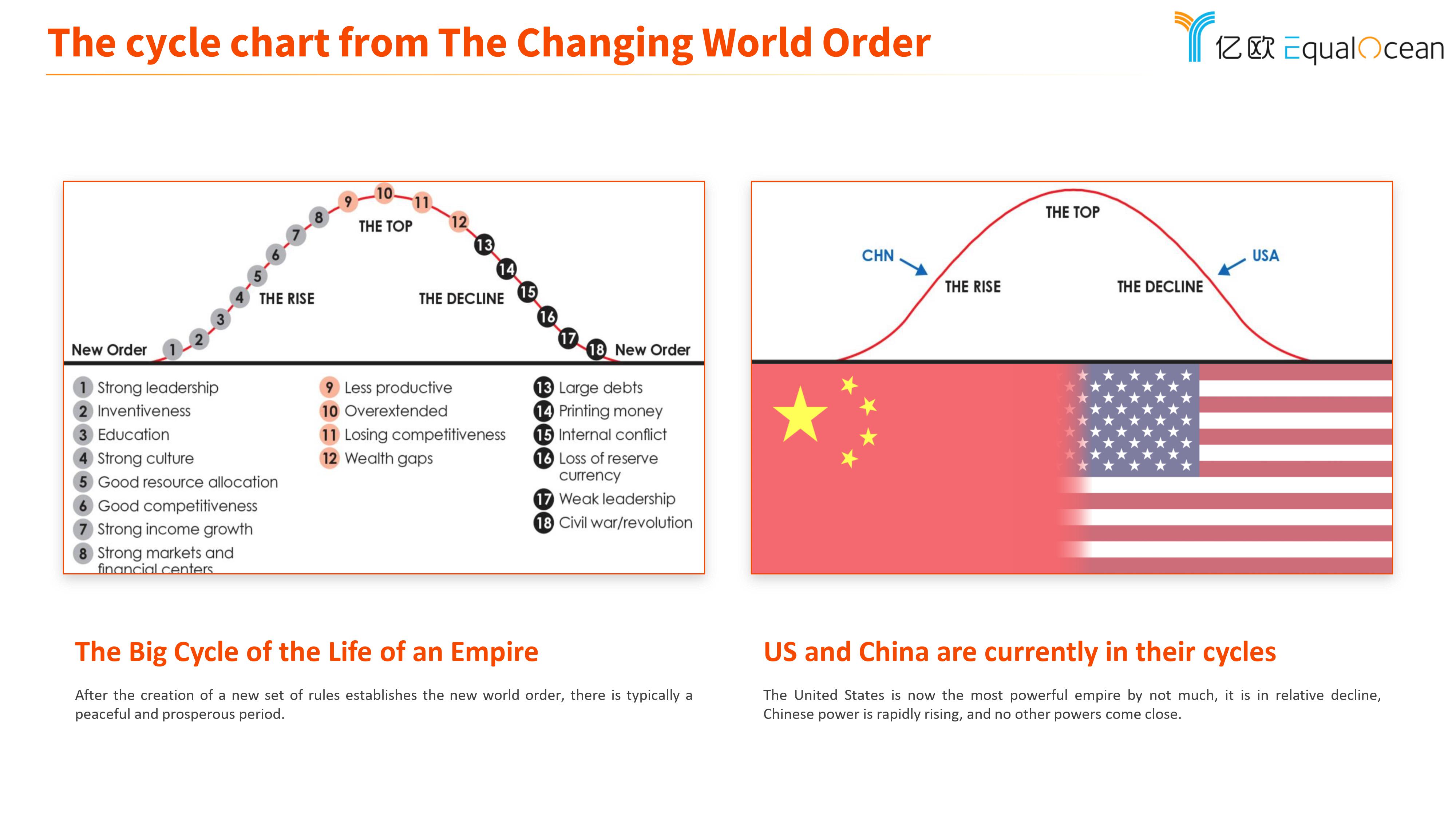 I agree with Ray Dalio, the founder of Bridgewater, who said this in his new-published book The Changing World Order: China is still on a rising cycle. Most investment firms believe that one of the world's biggest certainties is China will become the largest economy in the next decade. Even though China would make some mistakes, it is a large country with a high capacity to adaptively respond to challenges, with the overall economic trends still on China's side. 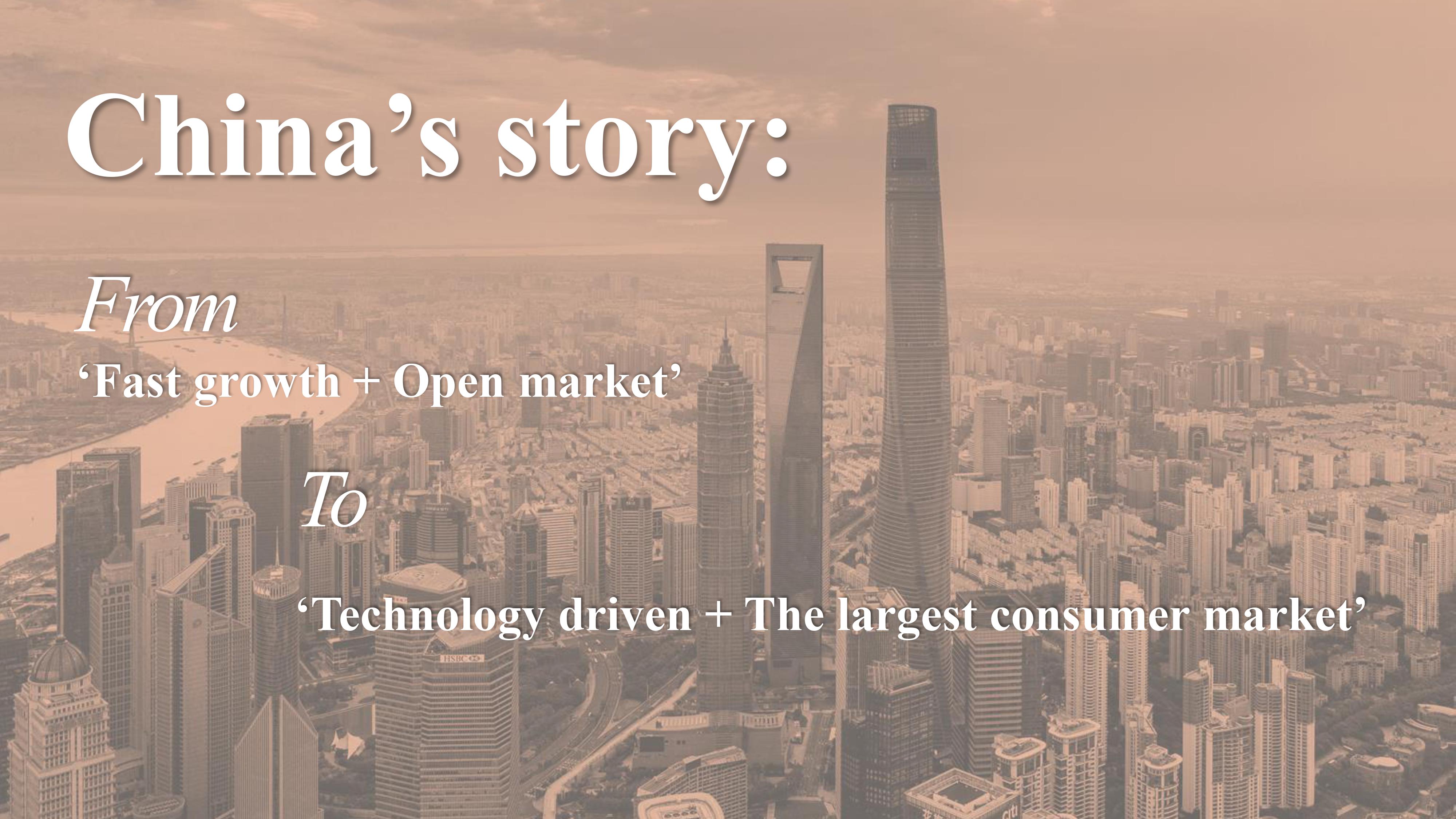 EqualOcean believes that the new logic explains Chinese stories as 'technology driven + the largest consumer market.' We found that most VCs in China have been shifting their investment strategy from business model-related startups to hard and deep technology innovations since 2018. China has many advantages: China's top talents, especially those with STEM backgrounds, are leading the entire world. Thanks to ambitious venture capitalists, the new technological innovations from universities and research institutions are commercializing faster and faster. And the total R&D expenditure in China will surpass 4 trillion in 2025. 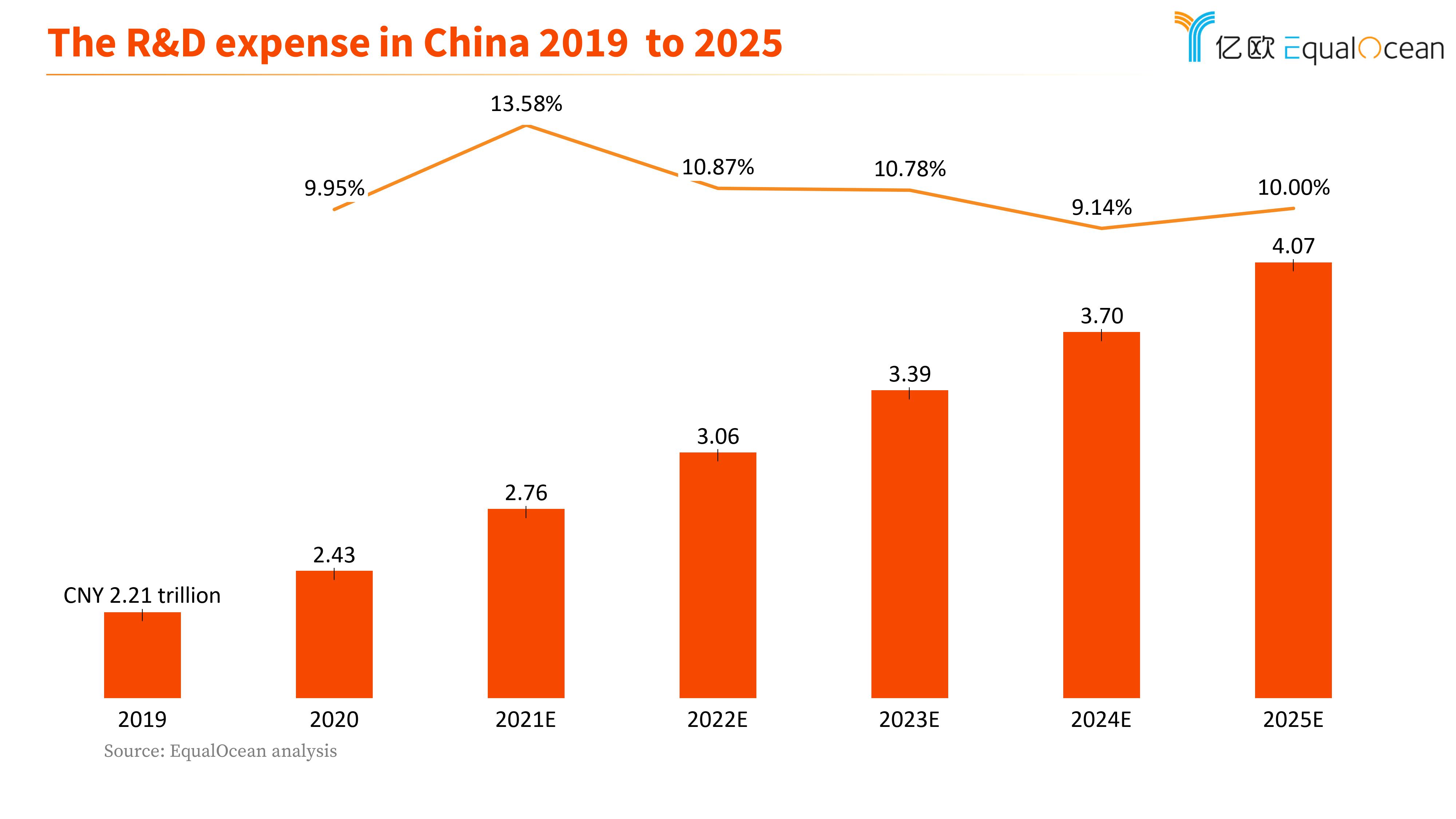 The Chinese government is pouring a lot of capital into digital economy infrastructure, along with introducing the Star Market in Shanghai and the Beijing Stock Exchange to support the development of small and medium-sized high-tech enterprises ('Zhuan Jing Te Xin'). Financial suppression is a strategy in China to guide investments to serve the development of technology industries. The priority issue for the Chinese government is to slow the flow of capital into the real estate sector, which has powered the country's economic growth for decades. The ongoing debt crisis of Evergrande will not be China's 'Lehman Moment,' but it is a major inflection point marking the transformation of China's development model towards a new technology-driven one. 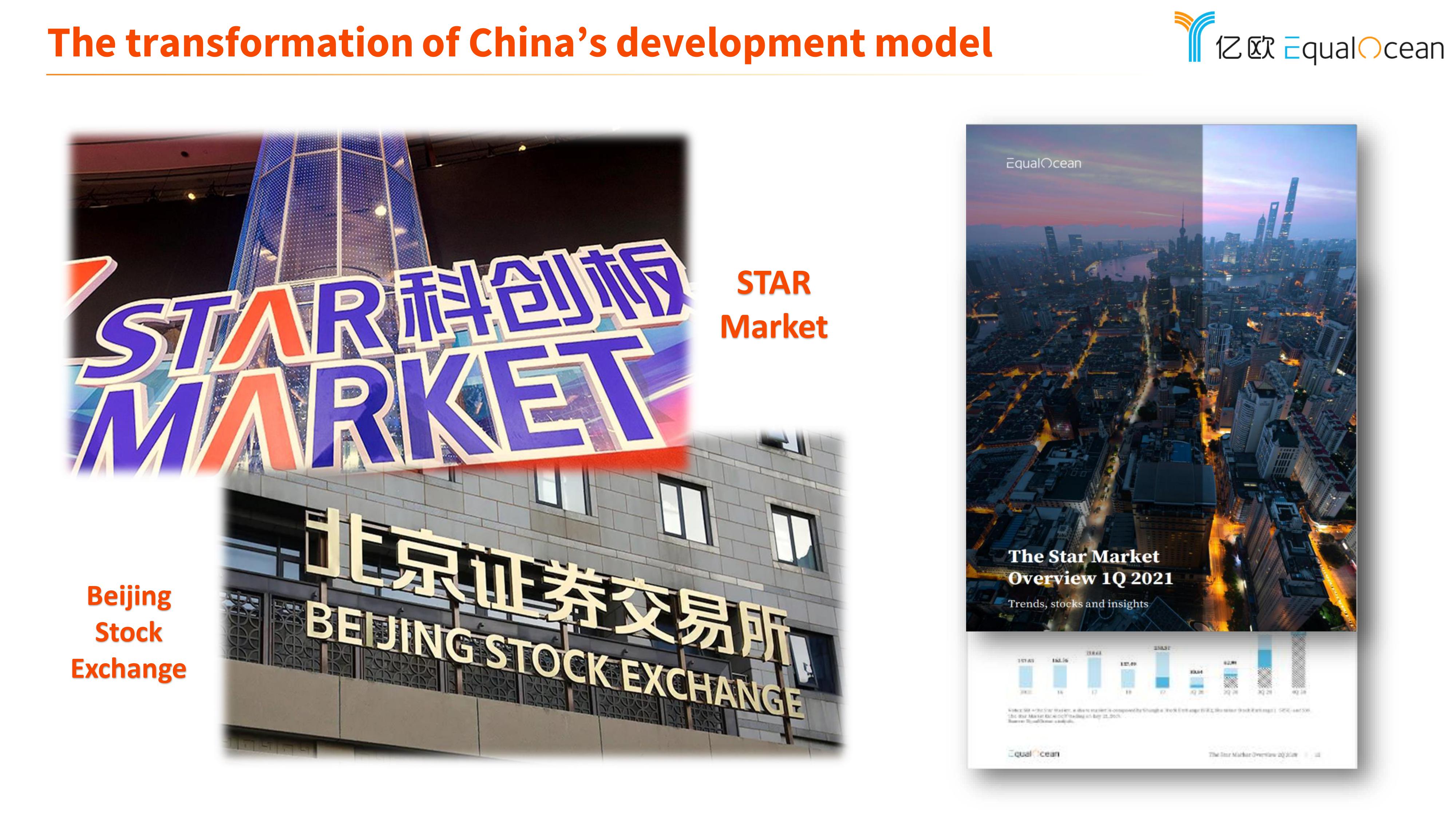 On the consumer side, China has the world's largest population, which explains its leading spending power even more robust than the US. However, domestic consumption in China contributes less than 60% of the country's total economic growth, 10%+ lower than the US. The polarization of wealth structure, a scarcity mentality, and the inherited saving habits from ancient China all contributed to this issue. 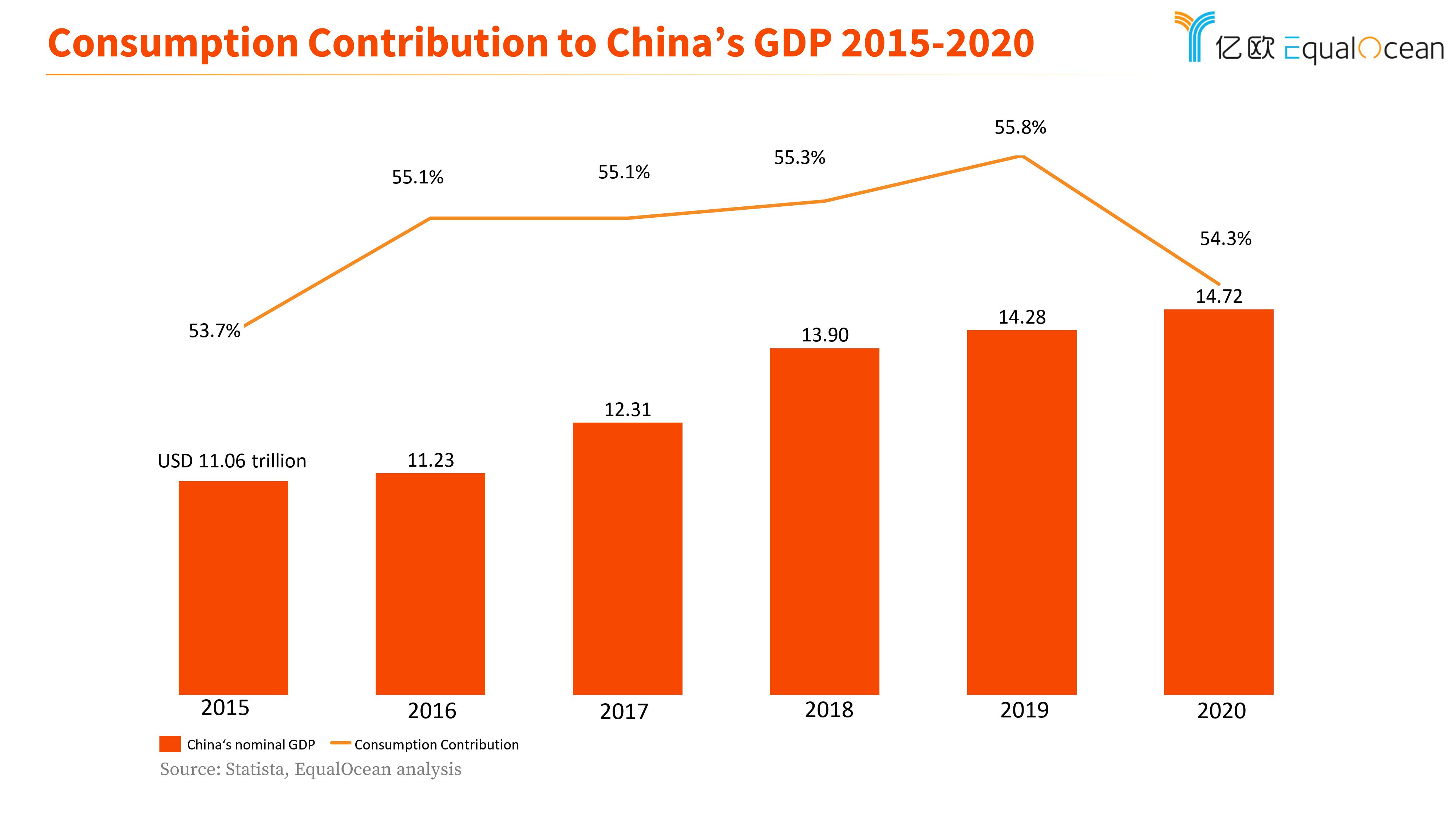 Chinese once saved money out of insecurity due to memories of poverty and starvation, but more recently, the saving was spurred by pressure to afford rapidly soaring real estate prices and education costs. The intense regulation in 2021 targeting China's education training and real estate industries was meant to reduce this pressure and release Chinese consumers' spending power.

The Chinese government uses the 'common prosperity' to narrow the rich and poor gap. Many people in China work extremely hard with minimal discretionary spending and deposit all their money into the bank to earn little interest. Their real spending power has been actually decreasing, as those cheap capital are utilized to fuel the growth of various industries. When a country is experiencing a growth cycle, people who take loans and invest tend to become richer, while people who save become poorer. After 40 years of lightning development, the 'common prosperity' initiative is meant to make up for the work-hard-and-save group, and ultimately expand China's middle-income population. 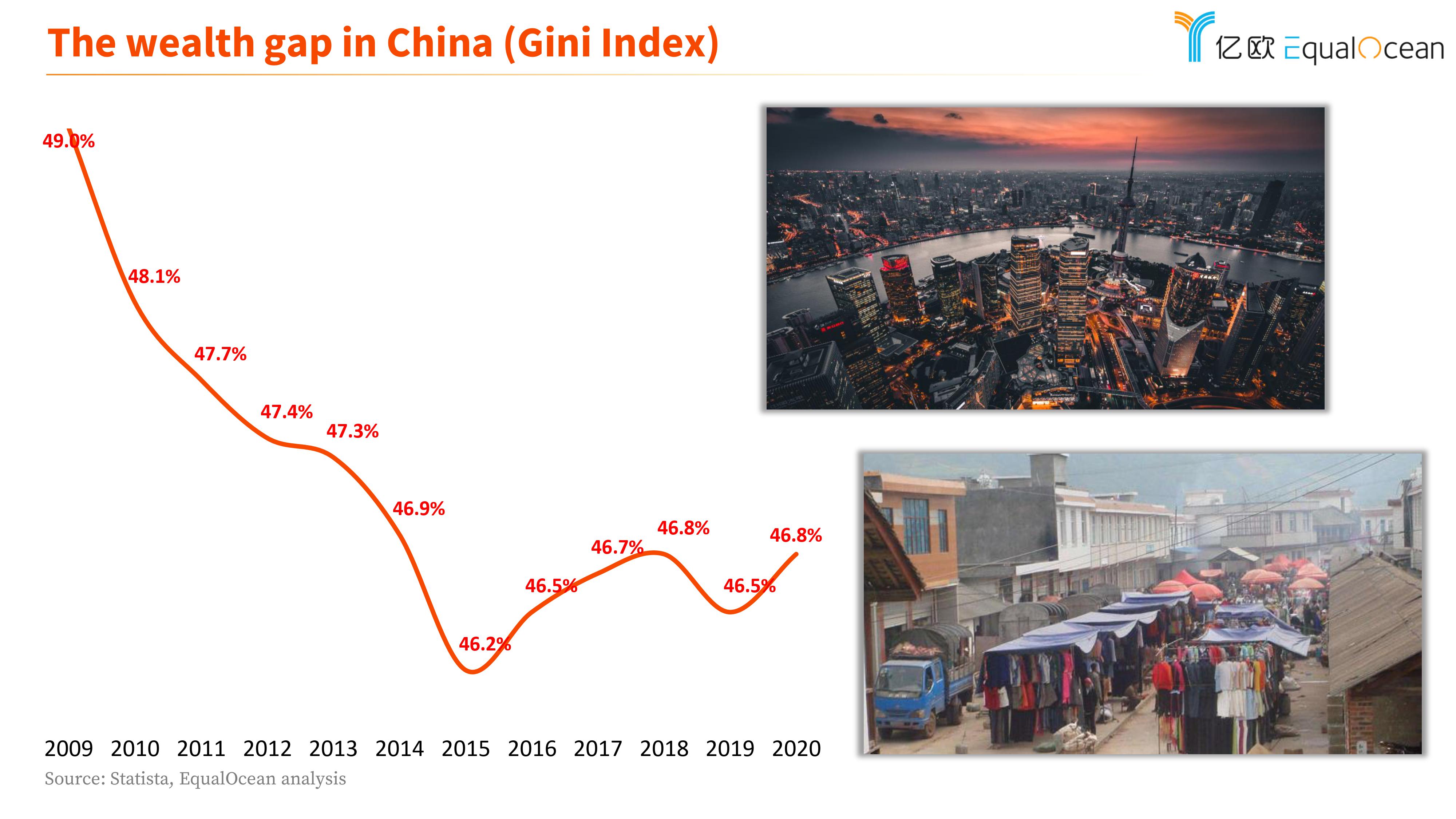 A virtuous cycle between the technology push and business pull is the basis of successful innovation, but a virtuous cycle is hard to create. We believe that the new logic of 'technology driven + the largest consumer market.' is on the right track. But On the way to achieving the virtuous cycle, resources will not always be allocated efficiently, and amid a rush into promising sectors, there will be lots of waste. As a result, some new tech sectors in China are generating low investment returns. 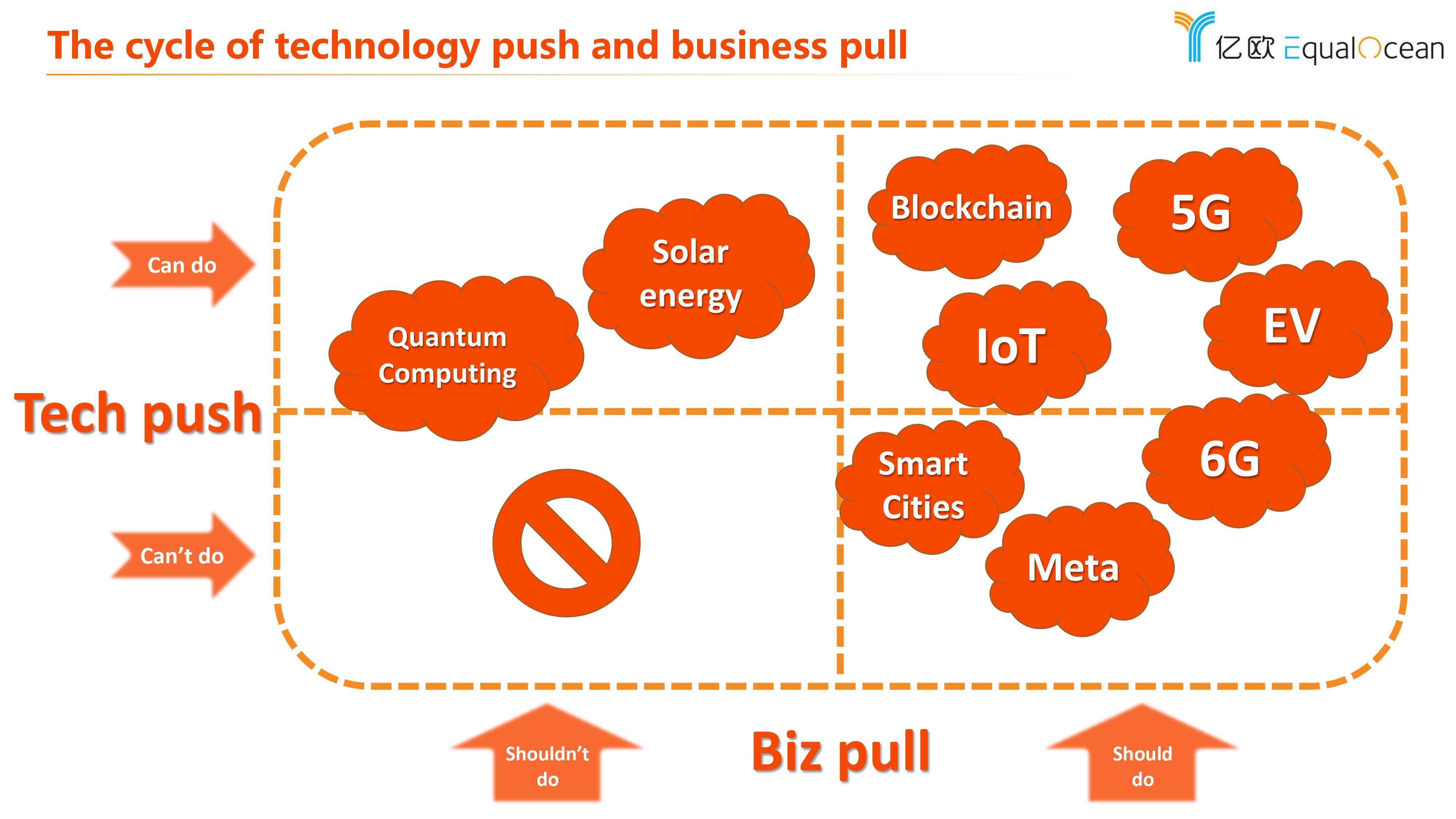 Based on the new logic, we think China is on a rising cycle and is still a good investable market. We suggest both entrepreneurs and investors not only pay attention to regulatory activities and policy initiatives, but also try to fully understand the needs of consumers.

Who and which sector will be the winners?

Let us move to the second question: who and which sectors will be the winners? Almost everyone speaks highly of the Reform and Opening Up policy that started in 1978 in China, but people have a different understanding of the reform under the current leadership. The challenges today are more difficult than before, since the policies are not only meant to grow the pie, but also re-divide it more equally.

The pie re-division comes with winners and losers, at least in the short term. We have already seen some losers in the past year since most of them were the victims of the crackdown (big tech, education, gaming). Now I would like to share EqualOcean's perspectives on who will be the winners, which could let us better understand China's investments and entrepreneurship opportunities. 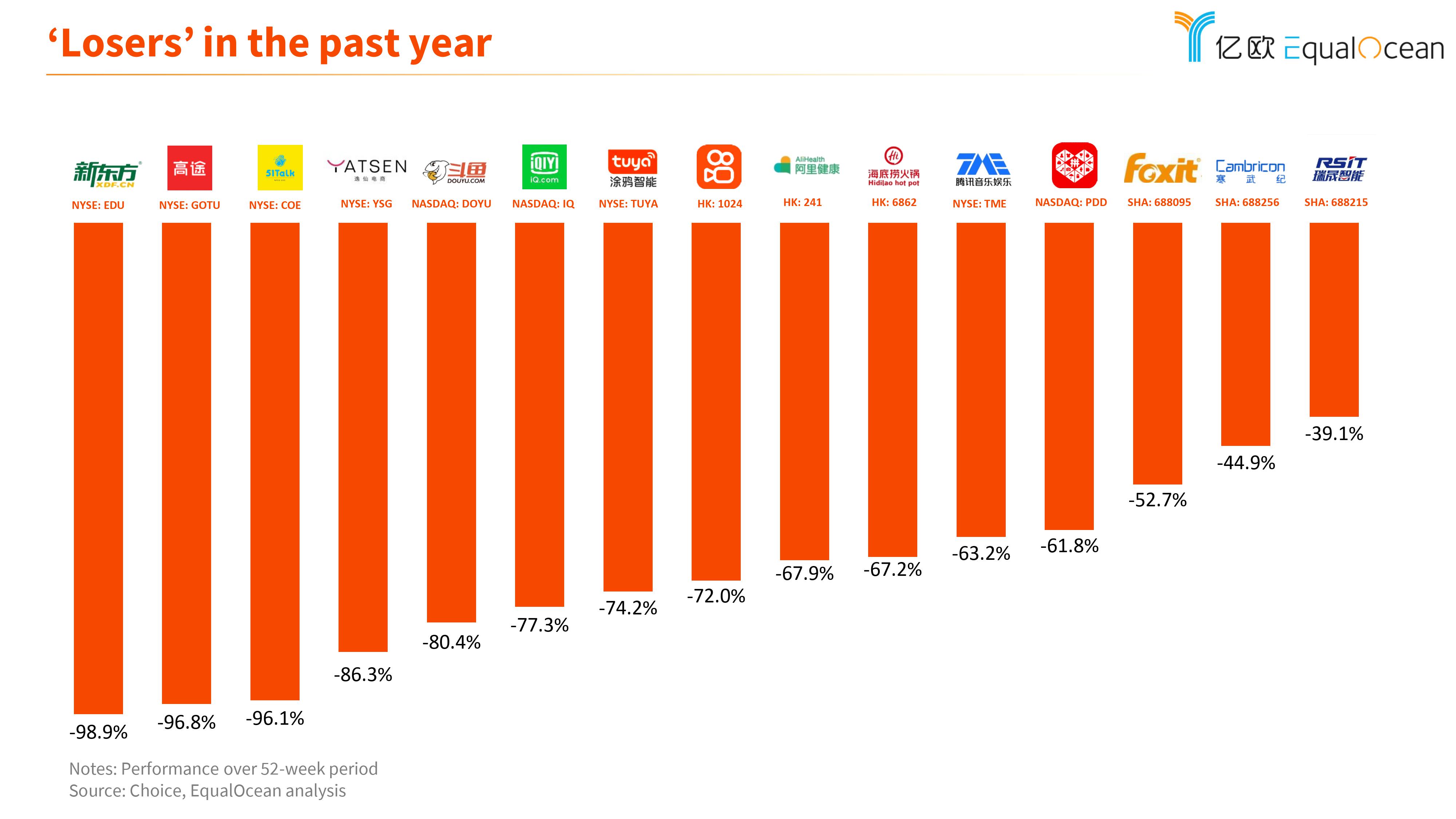 Cities other than BEI SHANG GUANG SHEN, are rarely given much attention from overseas investors. In 2021, 25 cities in China have a GDP of over a trillion Chinese yuan, equivalent to 150 billion US dollars. In China's new urbanization strategy, the state creates several metropolitan areas with an above-average population and economic growth. EqualOcean estimates that there will be 33 to 35'trillion cities' by 2025, most of them with a population over 10 million and GDP per capita over 25,000 US dollars. Great opportunities are set to be unleashed. 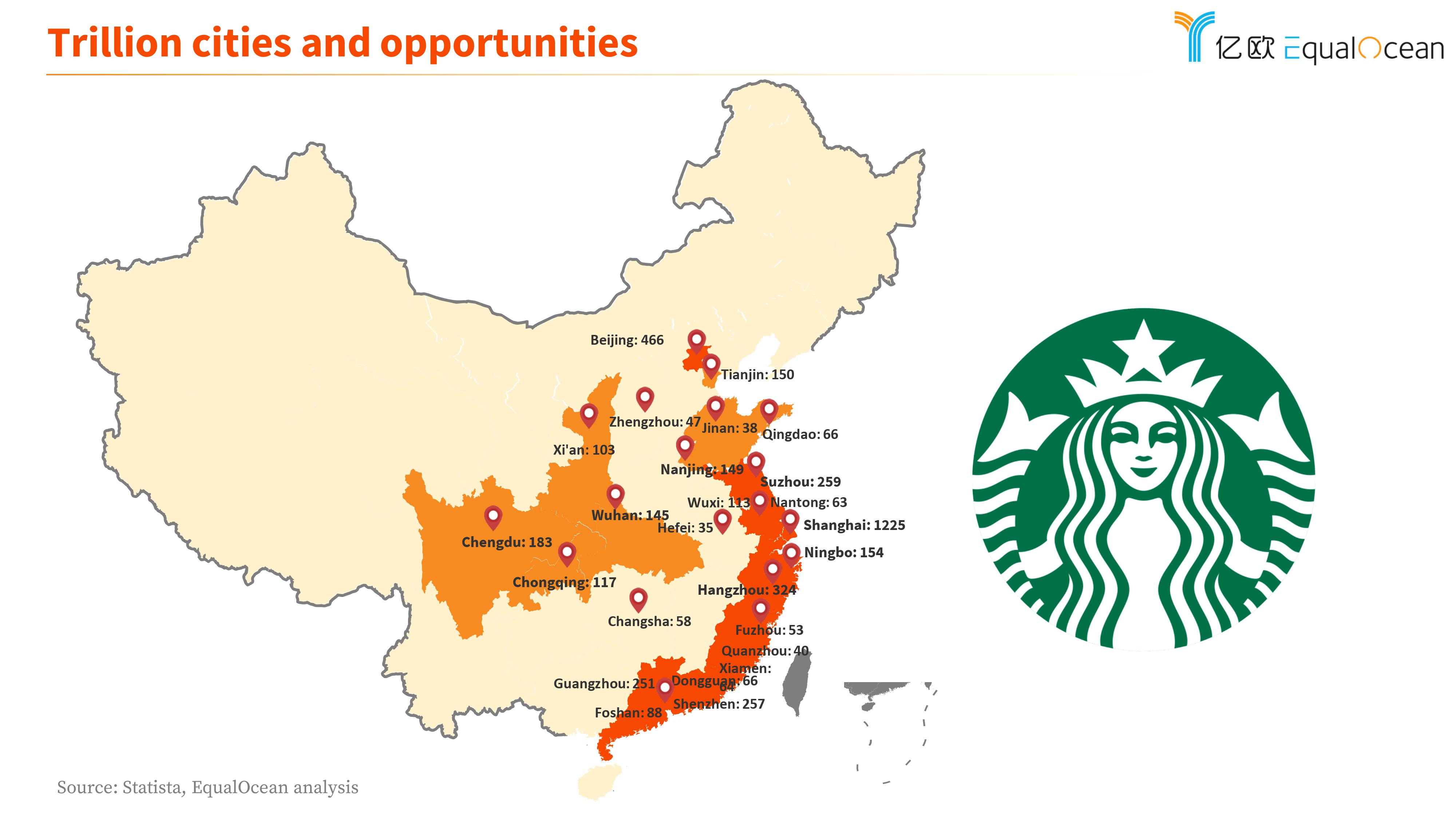 As we discussed, the regulation has been targeting education training and real estate, funnelling funds and resources to the technology sectors, especially those companies with more R&D expenditures and high-quality patents. These trends, from application-based companies to focus on deep and core innovation technologies, can be reflected in the launch of the Star Market, the Beijing Stock Exchange, the recent public discussion on Lenovo in China. 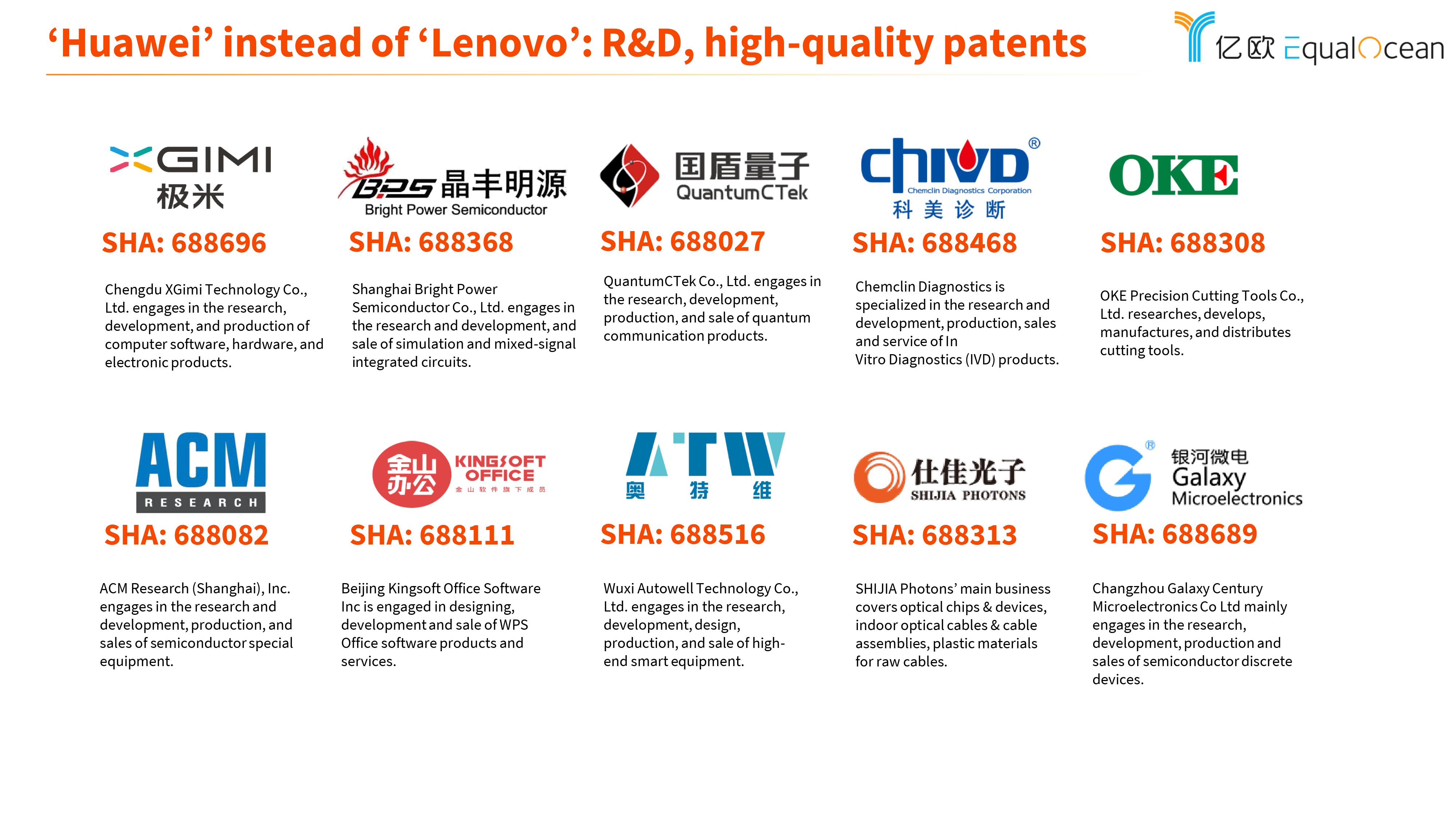 Tesla has been investing and operating in China, with its products enjoyed nationwide. Musk stands for an innovator and an entrepreneur, instead of a financial capitalist like Buffett. Nowadays in China, financial resources are supposed to serve the real economy, creating more followers for people like Musk than people like Buffett. Technologies will generate more wealth than financial market operations in China. 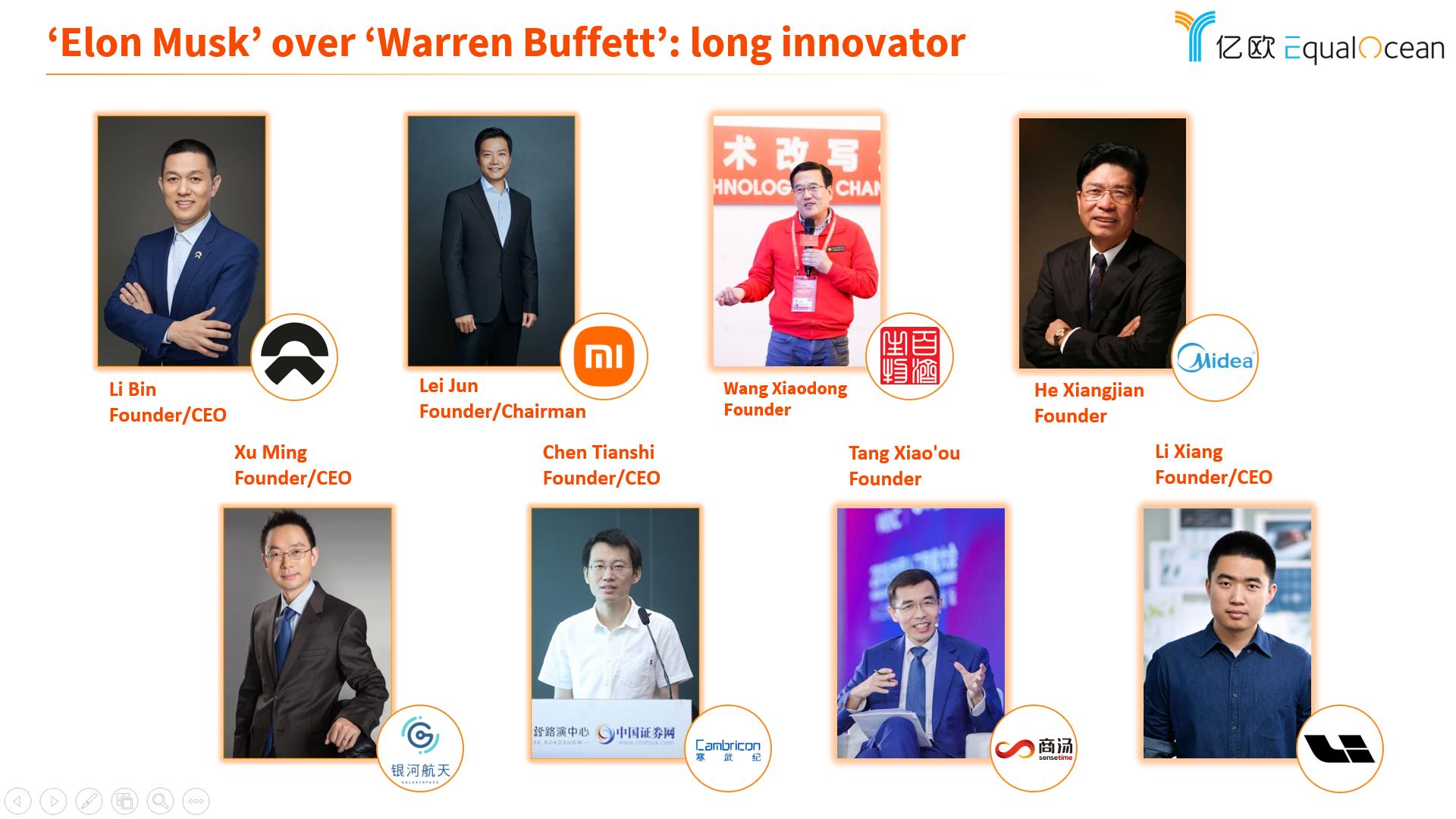 China has been learning from the US in the past decades. The two nations have the most companies in the Fortune Global 500. With the rise of each country's tech giants, both the US and China are issuing antitrust regulations to improve the sustainability of growth in the tech sector. The US has made less progress in reigning in its largest tech companies so far, while China is applying a more efficient way following Germany's path - incubating small to medium hidden champion enterprises. EqualOcean thinks that we should not expect the emergence of the next Alibaba or Tencent under this 'Zhuan Jing Te Xin' path. Instead, the focus will be creating a healthy ecosystem of competing for medium-sized startups with foundations in technical excellence. 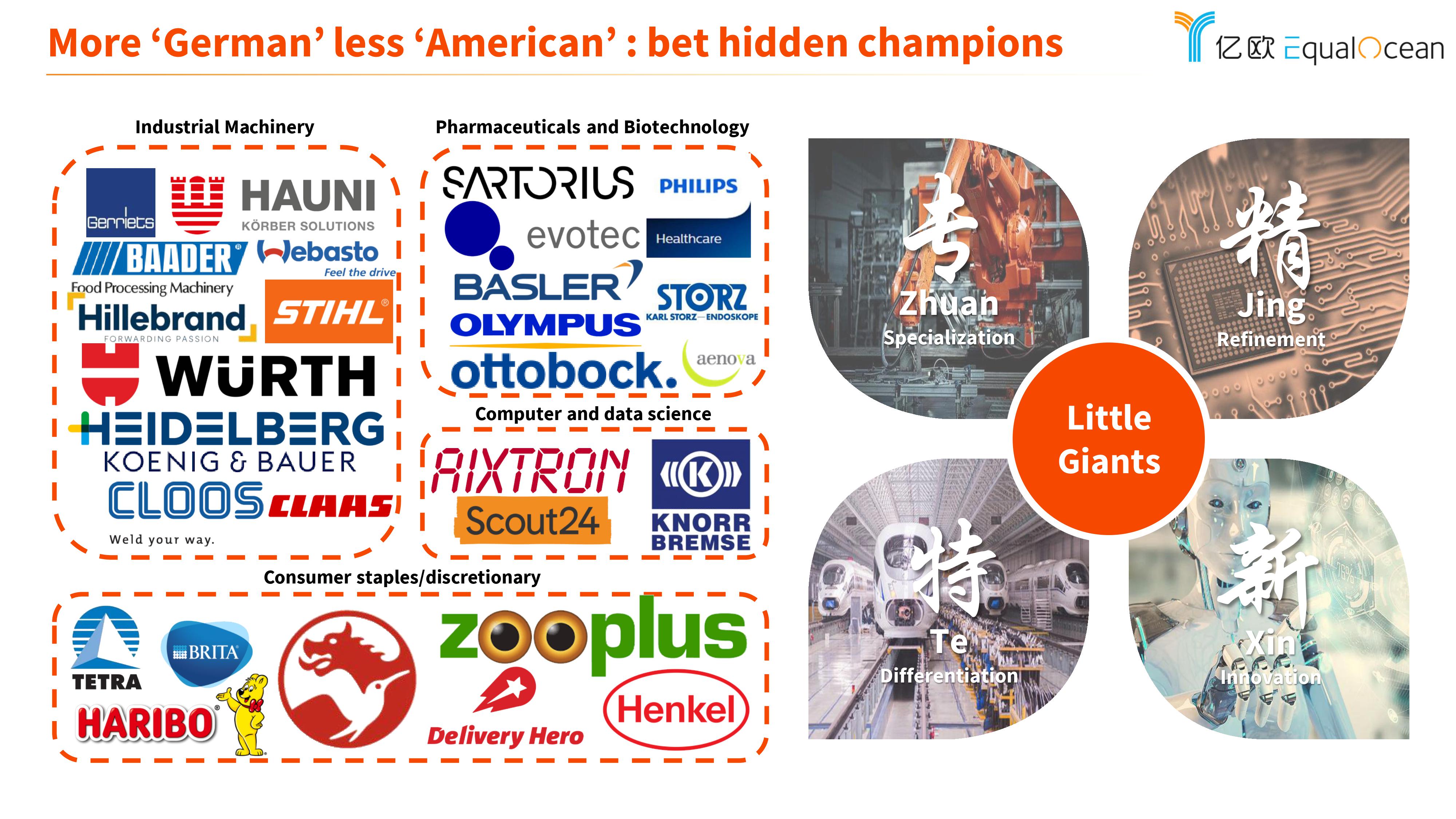 We can all admit that China is the largest consumer market worldwide, with many international brands having enjoyed years of success. Z-generation has shown rapidly-increasing confidence and appreciation for Chinese culture and domestic brands' products. Aided by the world's strongest supply-chain system, China's consumer market boasts ultra-fast responsiveness to changes in preferences and needs. The comprehensive digital infrastructure, including social media, mobile payment, and logistics services, empowers Chinese brands to better understand and cater to customers' needs. Leveraging an increasingly high-quality talent pool and capital resources, EqualOcean believes new Chinese brands are at the beginning of a new era of domestic consumption. 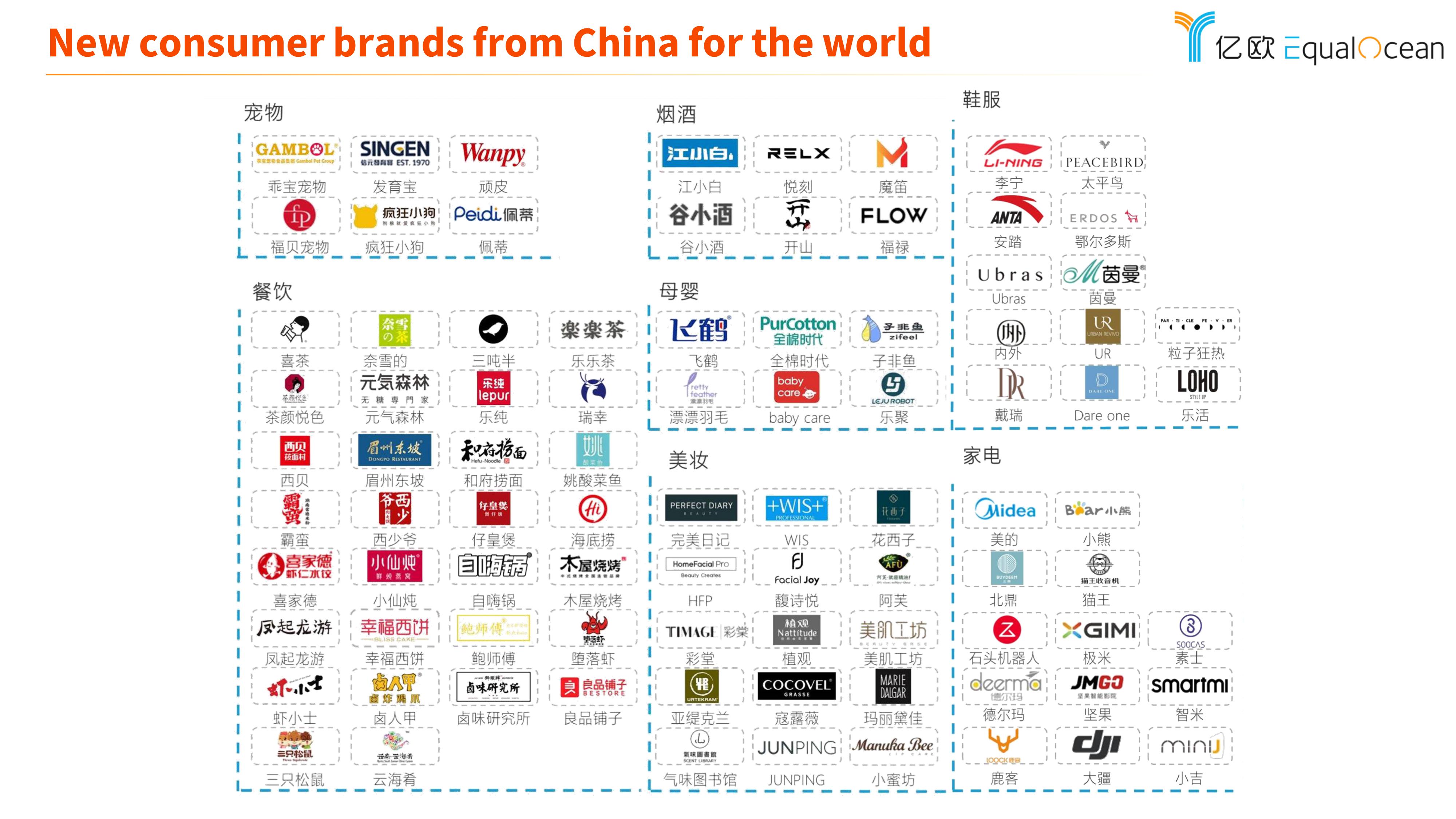 Most first generation of entrepreneurs in China started business after 1984, and the second rose with the internet development after 1999. During which most of them are in the internet and real estate sectors. But after 2014, more Y-generation entrepreneurs emerged with higher education, technology backgrounds, and a broader global vision, who are able to identify the right areas for future growth. 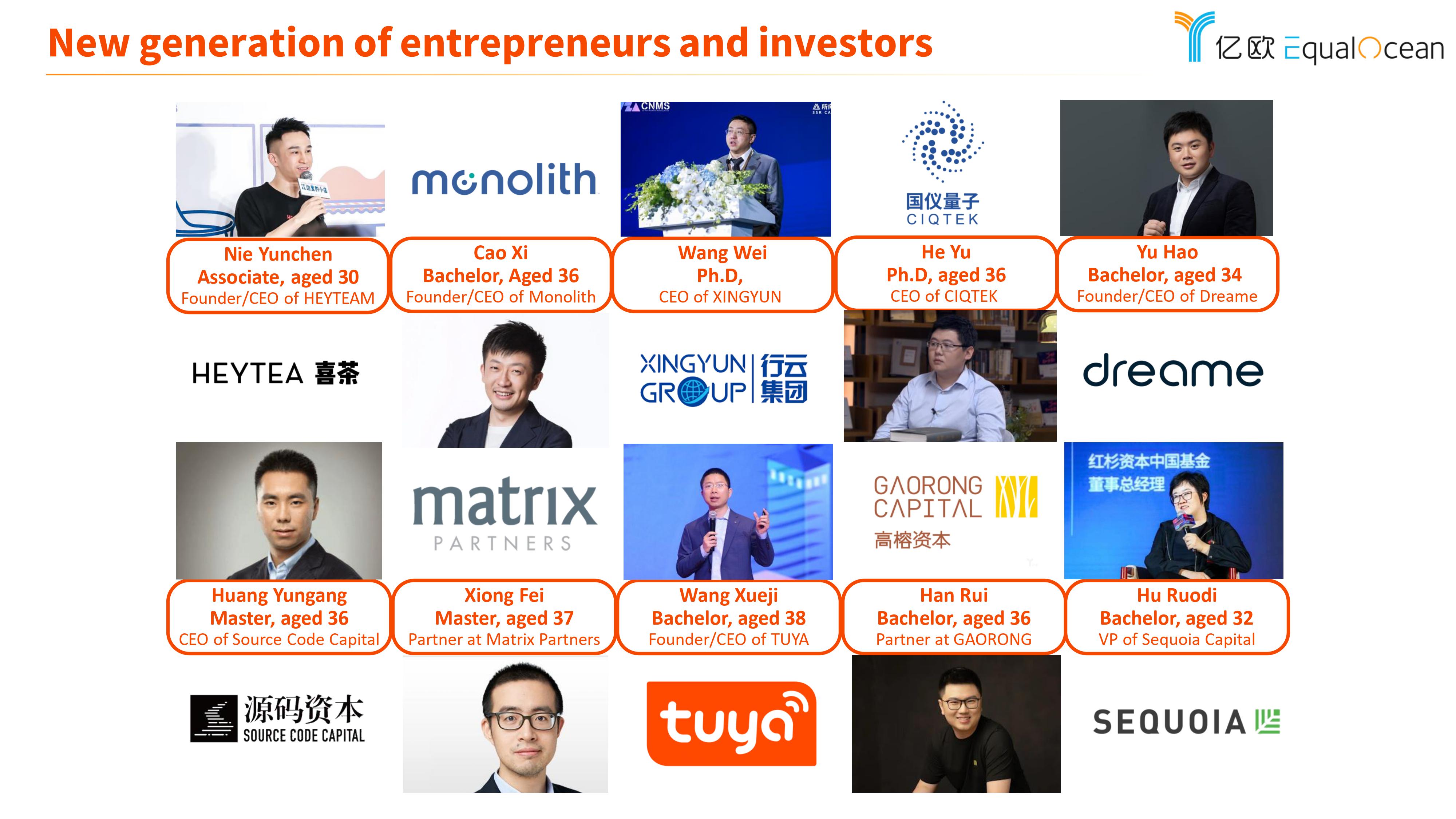 As a private company, we do not want to talk about politics here publicly. Lee Kuan Yew, the founding prime minister of Singapore, once said in his book One Man's View of the World: For 5000 years, the Chinese have believed that the country is safe only when the centre is strong. A weak centre means confusion and chaos. A strong centre leads to a peaceful and prosperous China. Personally, I think this is the most insightful view on China. 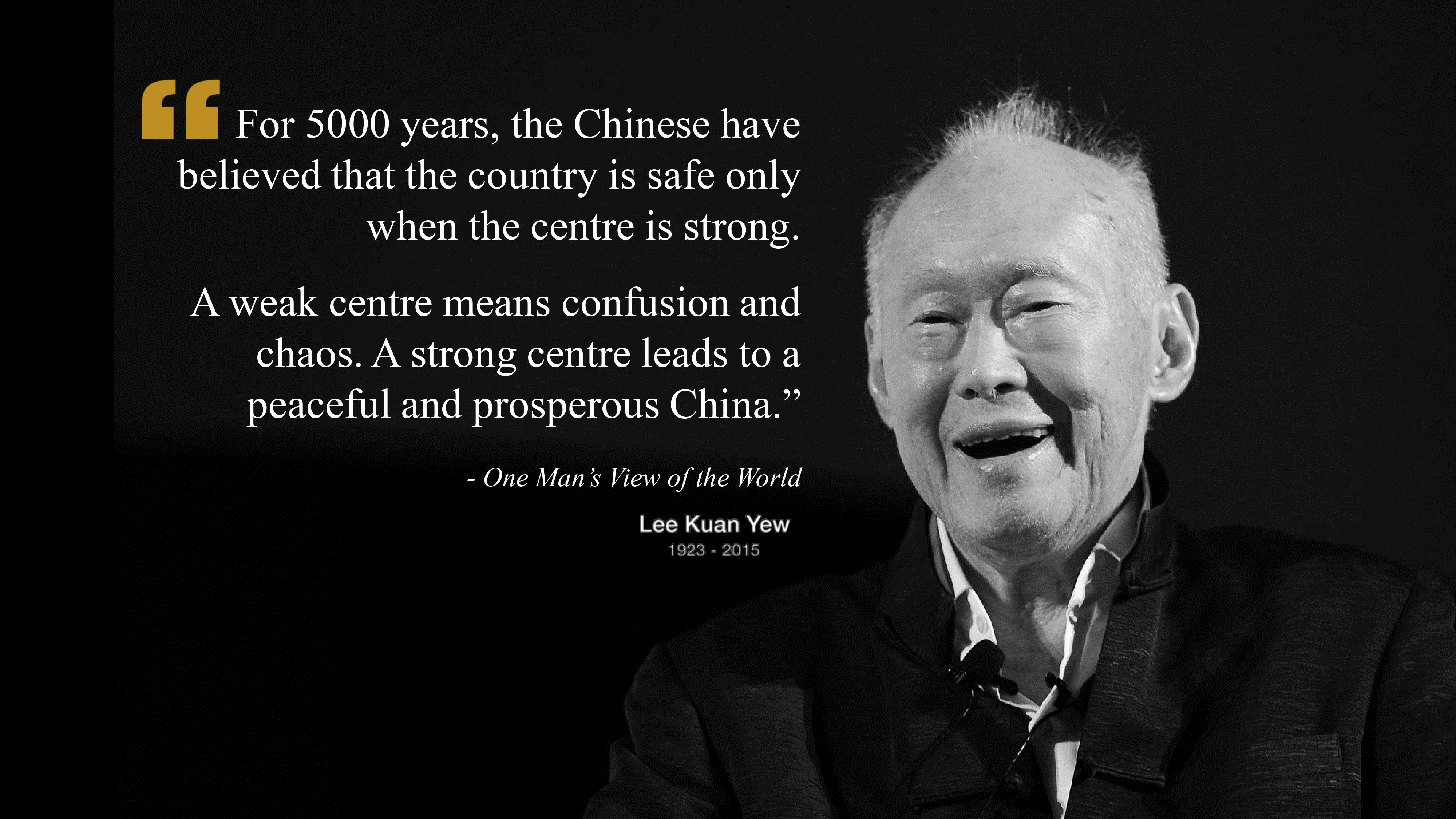 In conclusion, we are optimistic about the Chinese market. EqualOcean wants to work with more visionary partners to pursue investment and entrepreneurship opportunities in China and work together to strengthen the mutual understanding between China and the rest of the world. Thanks again for attending the WIM2021 New York Forum.