Some improvement in financials was accompanied by new product initiatives. 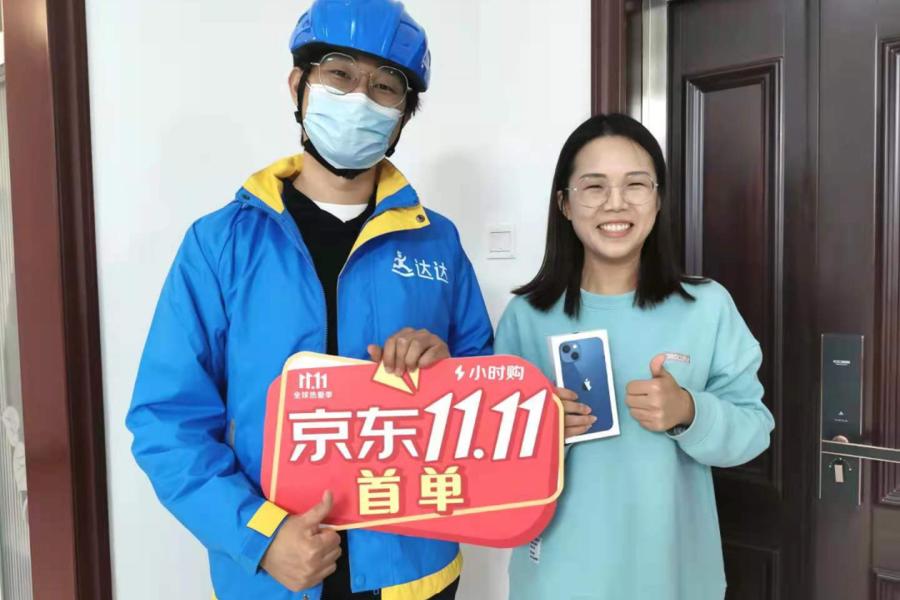 Amid the recurrent waves of COVID-19 restrictions in China, on-demand retailing, which combines online experience and offline channels, is acting as a stabilizer in the consumer goods industry. Once tried, more people are choosing to stick to O2O-based consumption. According to an iResearch report (link in Chinese), the total GMV of China's local on-demand retail market is estimated to be set to expand at a 62% CAGR between 2020 and 2024. In this transition era, some companies are seizing the emerging opportunities to create massive market value.

Dada Nexus (DADA:NASDAQ), a firm operating on-demand delivery and retail platforms in China, is one of them. According to its latest unaudited quarterly financial results, in Q3 2021, Dada continued rapid business expansion, while growing its customer base. This article analyzes the company's recent financials and provides a look into its key moves and initiatives.

In the three months preceding and continuing into September 2021, Dada's net revenue growth inched up from the previous quarter's +81.3%, recording an 86% year-on-year increase. (The company's revenue recognition model was changed in April 2021.)

JDDJ, Dada's local on-demand platform that connects retailers and brand owners directly with consumers, has been performing exceptionally so far in 2021. GMV of the platform grew by 74.6% year-on-year, while its user base experienced a steady increase, reaching over 50 million and almost doubling from Q1 2020. 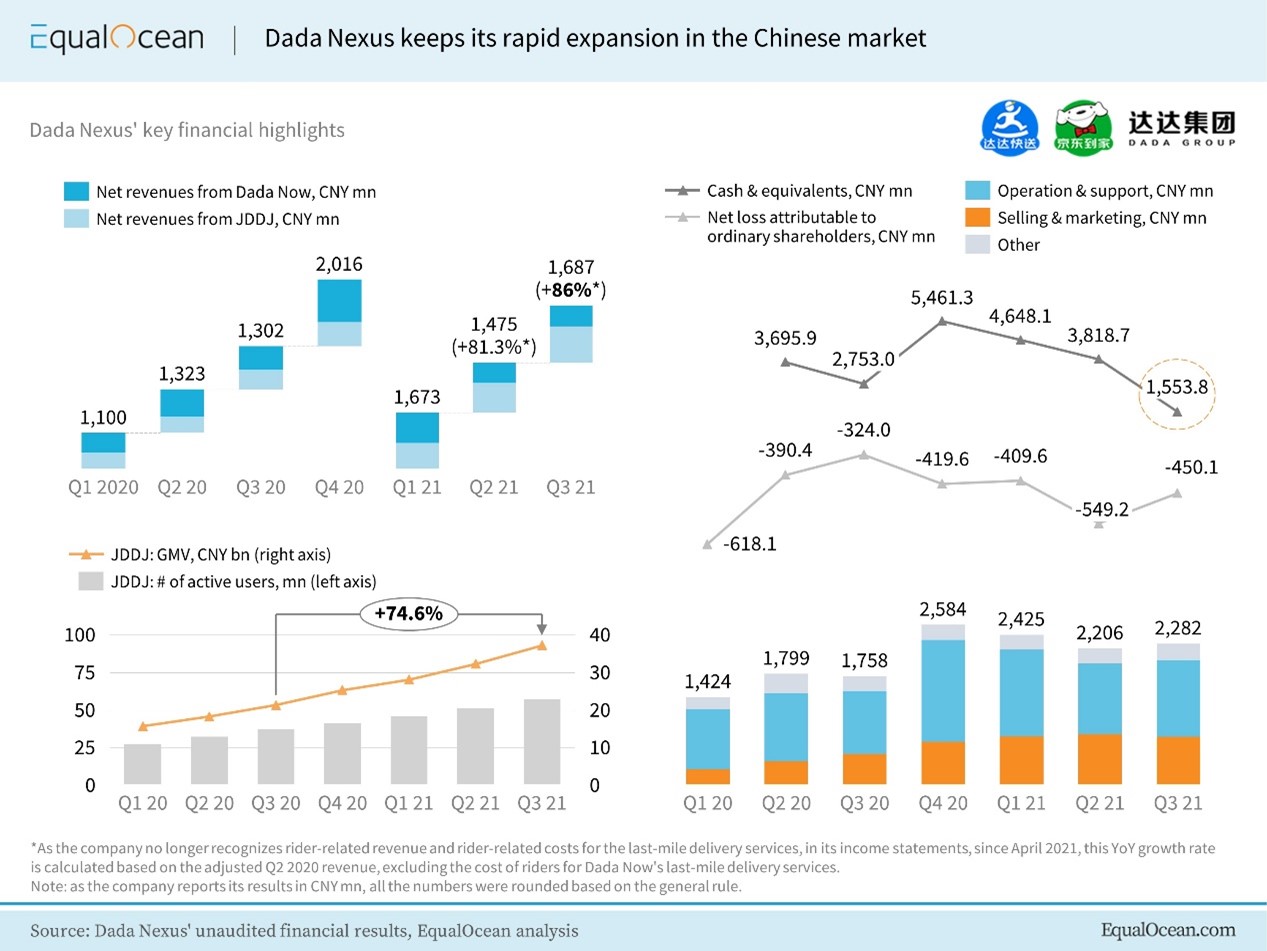 In this quarter, Dada's non-GAAP net loss was CNY 450.10 million; yet the company has achieved the earlier set goal of narrowing down this figure – it declined by almost one-fifth from CNY 549.20 million in this year's second quarter. Meanwhile, the operating profit margin improved by more than 16% year-on-year (aligning Dada Now's last-mile delivery revenue to a comparable basis).

Dada Now, an open on-demand delivery platform serving merchants and individuals, has achieved a 90% growth in net revenue year-on-year, mainly driven by a shored-up order volume of intracity delivery services to chain merchants. As disclosed during the company's earnings call on November 23, Dada Now's merchants increased by 110%, and revenues from supermarket key accounts rose by over 90% year on year. The platform also managed to deliver a 90% growth in the number of active SME merchants.

While expanding its user base, the platform has also been making efforts to provide its merchants with tools to improve business efficiency and boost their online sales. For example, new geo-fencing functions were added to the on-demand delivery system, allowing merchants to determine the delivery area effectively with no additional costs. Besides, in November, the company launched logistics SaaS Dada Smart Delivery, a system assisting merchants and third-party delivery service providers with "managing orders, dispatching and routing for omnichannel on-demand orders," according to Dada's executives. 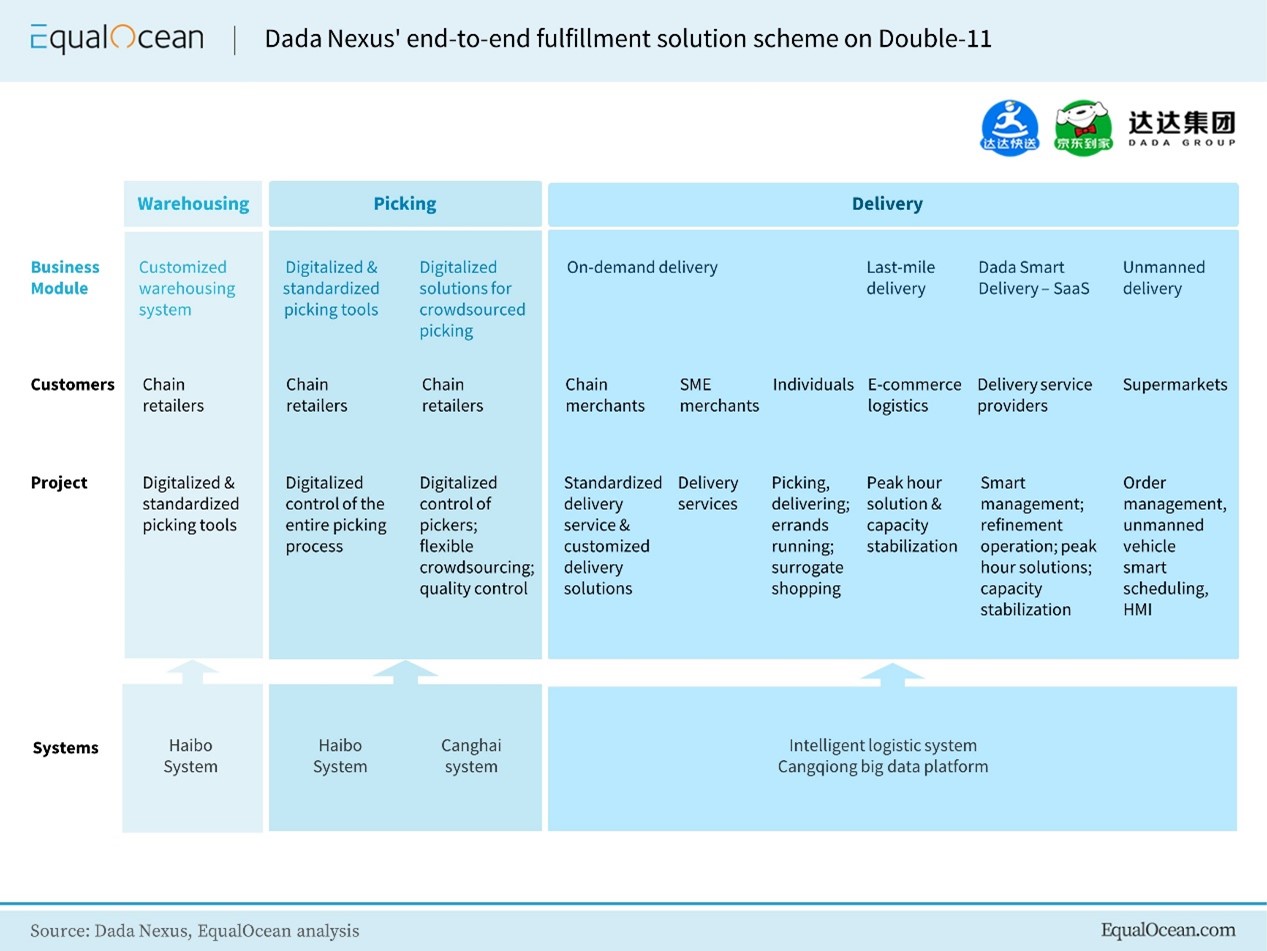 Empowered by strengthened cooperation with JD.com, a unified brand called Shop Now, or Xiaoshigou, was released. This is another attempt to allow users to access on-demand services via various channels within the JD ecosystem – it is considered by Dada as a way to increase its penetration rate among the e-commerce platform's vast user base.

During China's now-traditional 'Double 11' shopping festival, JDDJ achieved a 100% year-on-year boost in GMV on November 1-11, 2021. As a result, net revenues from this platform added up to CNY 1.10 billion, up by 84% from the last year. According to Beck Chen, the company's CFO, the uplift was caused by raised GMV and average order size, which hit CNY 194 this time. In this year, the platform has developed partnerships with multiple big names in various sectors. Specifically, in the supermarket segment, JDDJ has already partnered with 82 out of China's 100 largest supermarket chains; in the smartphone sector, cooperation was established with Samsung and Honor, while JDDJ's total sales figure on the launch day of the iPhone 13 was seven times higher than that on the iPhone 12's launch day.

The company's efforts also empower the industry, specifically in the online marketing space: in this quarter, a program named Super New Product Day was launched to assist retailers with product promotion.

Dada's cross-functional cooperation with JD.com is highly beneficial to the idea of developing a leading national brand for on-demand services. Yet, it is not the only tech giant-backed O2O platform aiming to fulfill the growing demand in the industry. The competition is poised to further intensify, with e-commerce and local services companies leveraging their 2C prowess.

As of September 30, 2021, Dada's cash & equivalents figure was at CNY 1.55 billion. Adding up the firm's restricted cash and short-term investments, the total volume was around CNY 3 billion. This drop in the cash position was, among other factors, due to the USD 150 million repurchase program announced in June; the plan was almost completed as of October 31, 2021: USD 130.6 million in ADSs had been repurchased by that date.

Dada Nexus has improved its operating and marketing efficiency, as the narrowed ratios of O&S and S&M costs over the net revenue suggest. Its revenue, meanwhile, keeps growing. Despite that China's overly competitive on-demand delivery and retail space might keep the company's margins below zero for another few quarters, the company's prospects look rather promising: after all, Dada is a growth-stage firm in a market that some projects will swell at high double digits in the following years.