Despite a great Q3 overall, Tesla in China sees demand reduce as competitors begin to catch up. 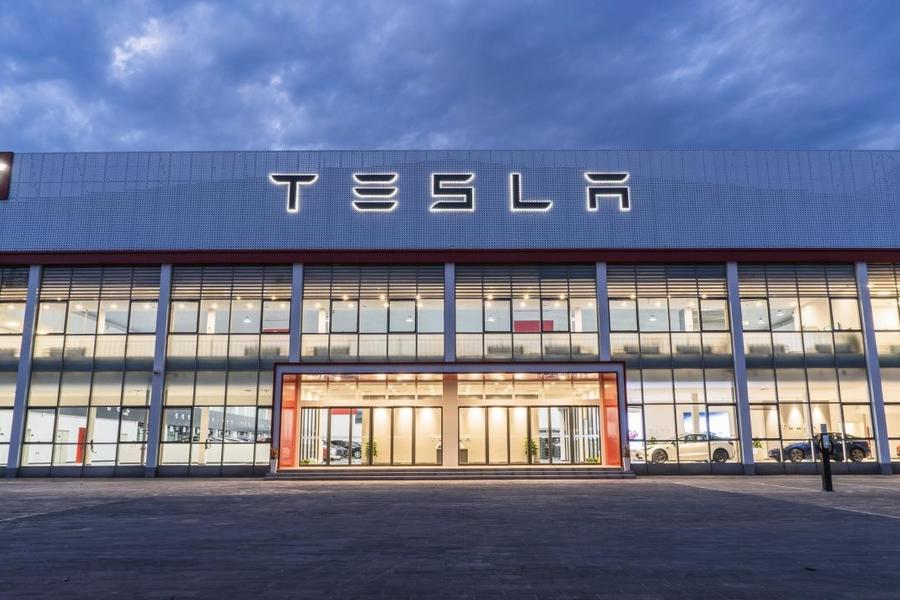 Share prices for Tesla have soared to all-time highs after earnings and amidst reports of a 100,000-car deal with car rental company Hertz. Demand has not been the main issue for Tesla outside of China seeing that orders have backlogged out as far as May and prices on models have been raised. The global supply crunch has been their biggest obstacle to navigate so far. Tesla in China though is in fact seeing an isolated demand crunch while domestic firms are pouncing to shift demand in their favor. 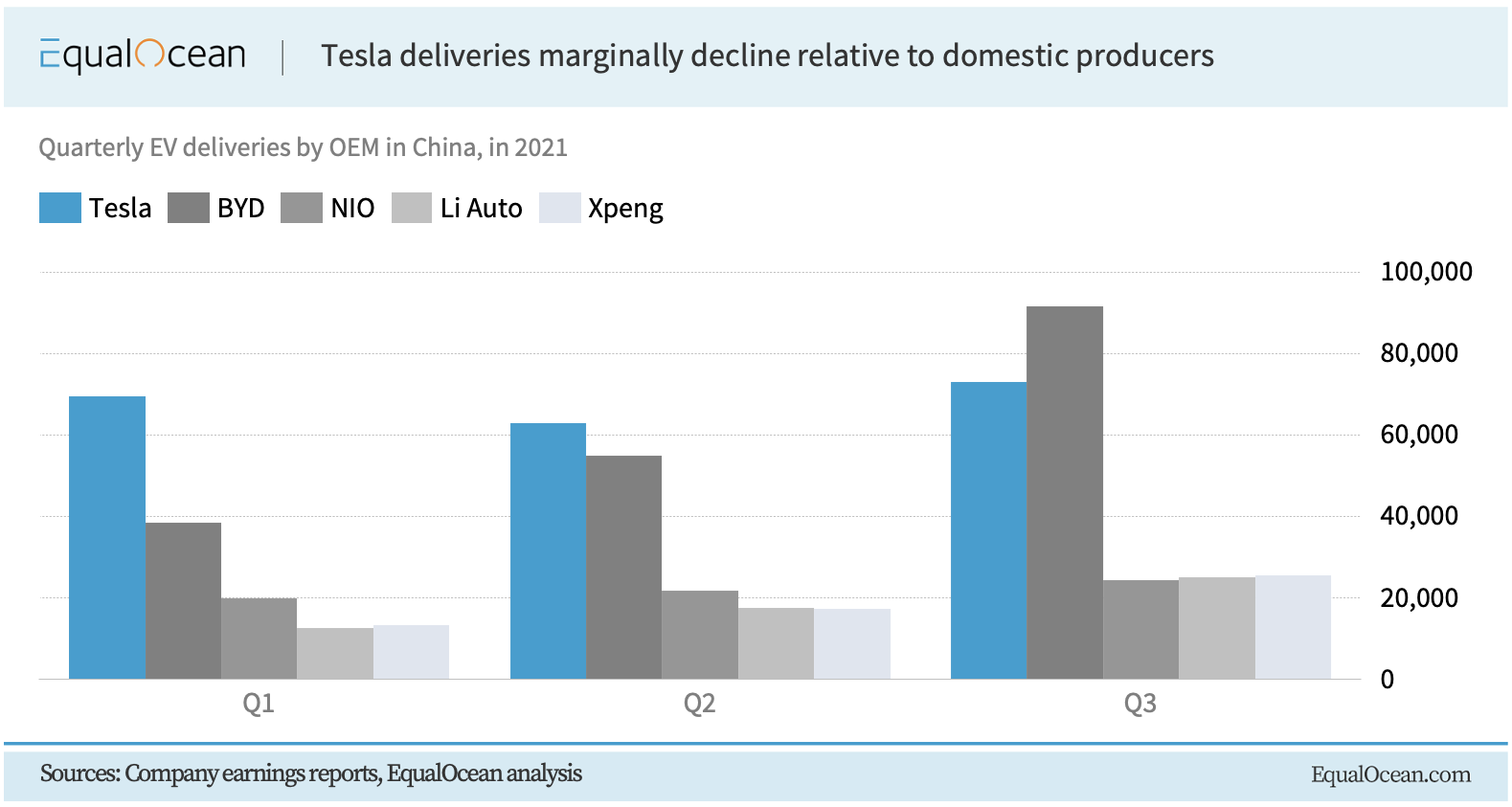 We believe Tesla's record revenue of USD 13.76 billion in Q3 is not only reflective of Tesla's success but China's impactful support. The earnings report states, "For all of Q3, China remained our main export hub. Production has ramped well in China, and we are driving improvements to increase the production rate further." Not only are a significant amount of all Tesla models produced in Giga Shanghai, but Ningde-based CATL already has a contract to produce batteries for Tesla until 2025. CATL also signed a 10-year contract with Great Wall Motor in June of 2021. EV's are getting a foothold in China the way internal combustion engine vehicles were in Japan around the 90s.

Sales in China leapt nearly 50% in August but only 20% in September for Tesla. Their market share of BEV sales has declined from 17% in April to 11% despite the steep price reduction for the Model Y SR+ and amidst intense media scrutiny. BYD is now atop them with 14% of BEV sales in China. The domestic brands are clearly gaining consumers' favor in China as Q3 sales for BYD, Xpeng, and Li Auto nearly tripled and NIO's sales doubled all year-over-year(YoY). Going forward, Tesla still generally expects to “achieve 50% average annual growth in vehicle deliveries” over a multi-year horizon which is quite impressive. In the world's biggest EV market however, it does seem demand for Tesla is declining at least relative to the competing rivals. Even if Tesla can recuperate some consumer appeal, investors should expect Chinese automotive firms to continue to gain ground assuming supply can keep up in scaling for 1.45 billion people. 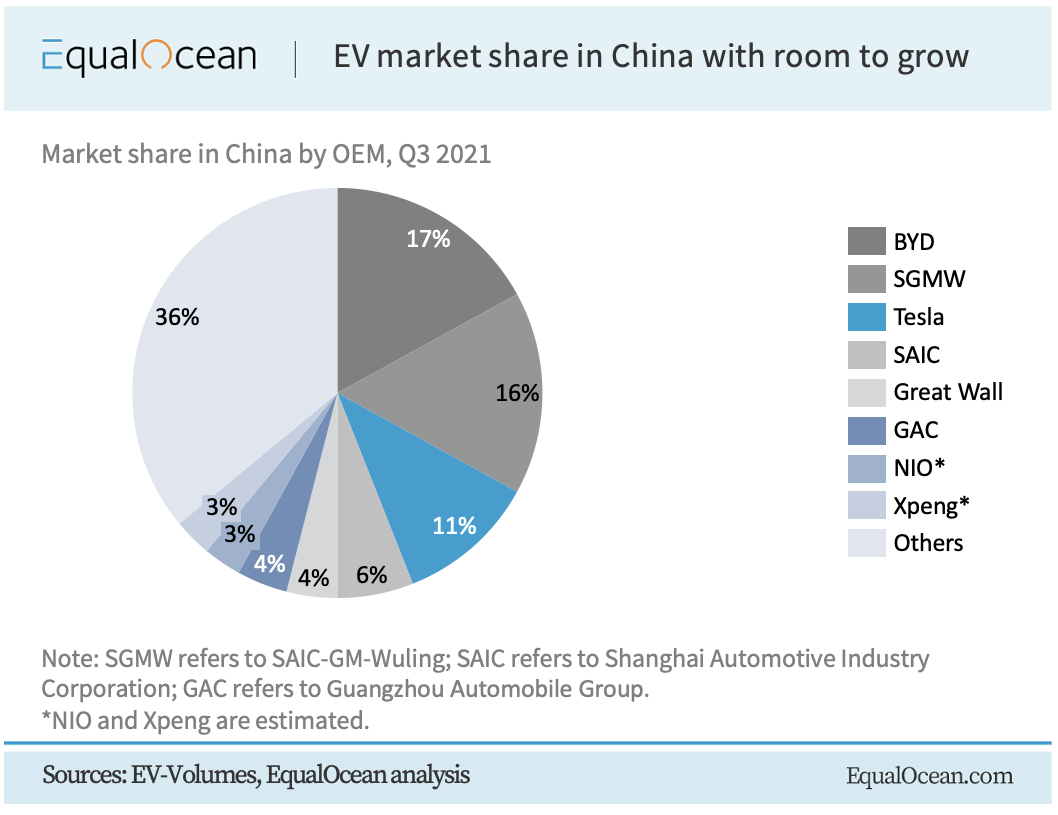 More players both new and old

Nonetheless, as other emerging players begin to throw their hat in the ring like Xiaomi, Evergrande Auto, as well as international makers like Volkswagen and Toyota, there could be less room for Tesla to dominate demand. Especially if the market's fragmentation gets remedied and China solidifies its leaders of the industry, the winners of this race will be the Chinese investors. NIO has already started selling its ES8 electric SUV in Norway, challenging Tesla outside of China for the first time and has targeted Q4 of 2022 for launch in Germany. Tesla expects production up and running at Giga Berlin by the end of 2021.

Legacy automakers will certainly be Tesla’s biggest global competitors because of high client adhesiveness as well as industry expertise. Within China however, it is likely that there is only so much space in the EV market for successful international firms to squeeze in with the nationally favored domestic firms. Since Tesla has the technological prowess and resilience as a company to continue to spearhead the global EV market, they should end up in the long run as China’s premier foreign producer of EV’s. Though China isn't a completely autarkic environment, investors should still expect a sturdy path forward for Chinese EV’s to grow profitable and successful. Though there are limitations in the current global economic climate, those who can weather the storm will be rewarded.

Tesla has benefitted competing firms with good influence and transparency as well as a commitment to growing China's EV market. In 2021 though, Tesla's declining position could be attributable to issues with recalls to refine autopilot systems as well as other negative sentiment from the trade war. The US does claim China unfairly favors its domestic producers and contributes to accelerating the negative press. Investors should expect that regardless of legality in their execution, China will aggressively promote their EV makers at home and abroad. Even if Tesla overcomes these road bumps in navigating this massive foreign market, there should and likely will be enough room for the best EV firms in China to grow and flourish. After all, Tesla is likely to grow too big to ignore especially in the world's current hottest EV market. But China's more urban oriented driving habits do favor domestic producers of mini EV's. With that being said, these infantile EV makers have a lot on their side and will cater directly to the needs and appeal of Chinese consumers.

Check out
Read next
Insight
Technology