Volkswagen's EVs Are Taking Off in China, May Soon Surpass NIO's Market Share 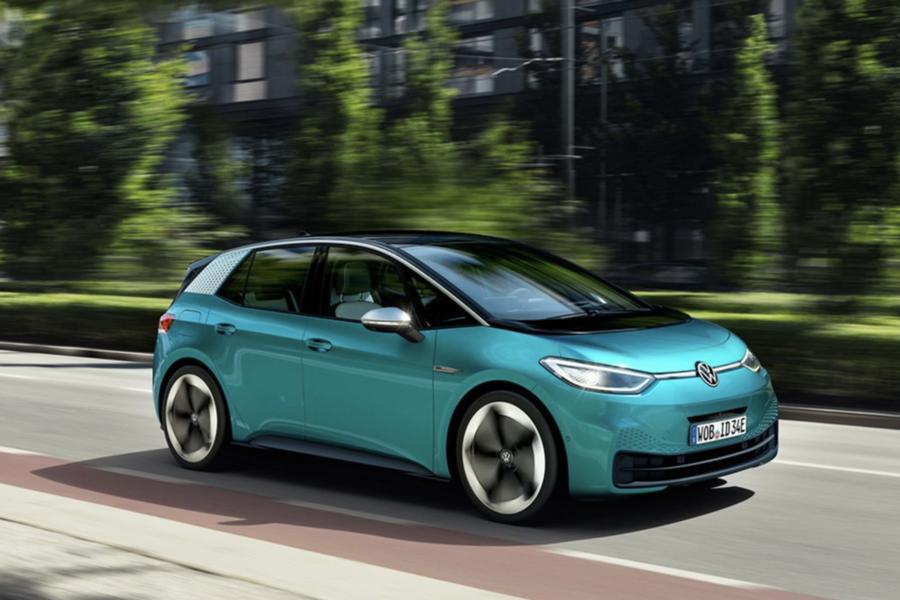 ●  A solid EV lineup, concrete production capacity and improved marketing have made VW one of the fastest legacy brands shifting to an EV company status.

●  We expect VW to surpass NIO and Xpeng's market share very soon but remain shy of Tesla or BYD.

The global chip shortage has hurt the auto industry, with companies at the risk of cutting more production. Electric vehicles built on more technology attributes that need more chips should have been hit badly. However, Volkswagen China delivered stellar EV sales in Q3, which grew from 3,415 units in June to 10,126 units in September, eclipsing NIO and Xpeng's growth rates in the same period. As an EV brand once underrated by some Chinese consumers, how did the company lift its sales so quickly? This article will rewind Volkswagen's EV story in China and give it an outlook.

Before entering China, in 2020, Volkswagen Group sold 56,500 ID.3 in Europe during the final four months, which proved ID's strong product power. One year later, VW started to consider launching and manufacturing special ID models in China. According to an official announcement, Volkswagen Group (China) rolled out two new IDs based on MEB's innovative modular electric drive platform at the end of 2020, including pure electric models FAW-Volkswagen ID.4 CROZZ and SAIC Volkswagen ID.4 X. The two models are larger than ID.3 and tailored to Chinese consumers. They had started production in Foshan and Anting factories, and the products would be launched in early 2021. These two plants have a total annual production capacity of 600,000 vehicles. So, Volkswagen is one of the earliest legacy car makers that put EVs into production in the Chinese market.

With a concrete production line, the company began to pre-order ID.4 in China at the beginning of 2021. Compared with Tesla, Xpeng and NIO's lineup, some argued ID series were uncompetitive for shorter driving ranges, lacking intelligent features. However, VW China is now showing some signs of growth.

In the beginning stage of selling, ID didn't perform well. The auto insurance data showed April saw 2,140 units sales of ID.4, which is tiny for the auto behemoth. Later on, VW adjusted its policy with the dealership network to stimulate them to sell more EVs, set a new team to deal with NEV sales and trained a special EV sales team to find the momentum.

Another critical initiative Volkswagen made is an omnichannel selling strategy. ID models are sold in the existing 4S stores and shopping malls. The shopping mall stores are invested and built by existing dealers, and there is no directly operated shop of OEMs. The company learned new retailing strategies from Tesla and NIO's success using multi-channels to acquire traffic. Volkswagen is opening EV-only stores in more malls, namely through ID. Stores. There are dozens of stores in Shanghai. It is also expanding into other megacities. Will VW keep growing sales fast in the future?

We expect VW to acquire a larger market share in the following period. We judge the future delivery range of an NEV company from a perspective of the product, production capacity and marketing. ID models' product has won EU consumers' acceptance and should be accepted by the Chinese. The production capacity may be a problem, but Volkswagen has a one-million-global-EV-sales target this year, which was set when the firm was well aware of the supply issues. It ought to prioritize new energy vehicles production, and the inventory purchased at the end of 2020 can be used for some time. So, sales should continue to rise, but supply chain issues will impact capacity. Besides, the popularity of Volkswagen electric cars is increasing as more shops are built. By the end of this year, monthly sales are very likely to set a new record again.

To discuss the sales 'ceiling' of ID, we have to benchmark it to the industry leaders such as Tesla and BYD. After one year of mass delivery in China, Tesla gained its EV market share between 10-15%. BYD is shifting towards a full-EV brand and takes around 20% of China's NEV market. We believe Volkswagen is far from catching up with these two companies for being a legacy player but can surpass NIO and Xpeng's respective market shares in a year based on recent sales momentum.

VW's solid EV product, concrete production capacity and omnichannel sales system made it one of the fastest legacy brands to complete an 'EV shift.' The sales momentum hints its future delivery will keep jumping. Although we don't think the company will quickly transform into an EV leader like Tesla in the premium segment or BYD in the lower price bands, it is very likely to grow its market share to overtake NIO or Xpeng's in the short run.