China UMS Might Be the Biggest Winner of New Tech Regulations

The third-party payment market is poised to be reformed, and China UMS – which owns only 7% of it – is expected to bite off a lot more. 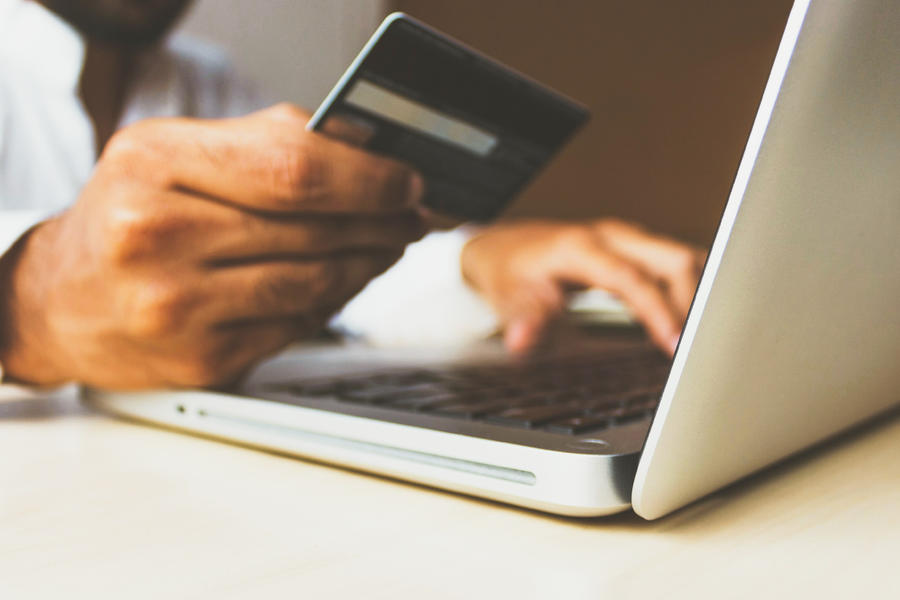 On May 13, the Central Bank of China announced the license renewal decision on 27 third-party payment institutions, with 24 renewals approved. In terms of the other three, their shares are held by China UnionPay Merchants Services (UMS) in amounts of 100%, 60% and 75.5%, respectively. Three subsidiaries are all important for China UMS in running regional payment businesses. Following the press release, investors became concerned about the company, as China UMS had been negatively affected by the antitrust regulation. It is against the new under-drafting rule that a single corporation is only allowed to hold one non-banking payment institution.

To adjust its business structure following the upcoming regulation, China UMS decided to integrate three payment licenses into one, thus filing for the termination request to the state themselves. We consider that this modification is subjective compliance, strengthening the company's stability and providing a guiding effect in the industry, especially among those payment providers with licenses waiting to be renewed in the future. For example, JD Digits, which has one payment license on hand already, was planning to acquire a second one in September of 2020, but the transaction was put on hold and was even expected to be canceled, partially because of this upcoming regulation concern.

Beyond this initiative of strengthening its management, China UMS has not been the only one adversely affected by the recent intense moves of the state on the antitrust regulation that forcefully regulates the financial Internet market.  Even with nearly two decades of experience and the back-up of China UnionPay, China UMS is hardly considered to be a large company in the third-party payment industry. Ant Group's Alipay and Tencent's WeChat Pay take up over 90% of the market, with 7% occupied by China UMS, ranking it third.

The state's increasing attention on the market will benefit mid-large players, like China UMS, as well as the entire industry. Here we discuss how the story will unfold and what to expect in this market for the short term.

The antitrust supervision will reform the market, and China UMS is considered the biggest winner.

The payment institutions have been losing their presence in the market. The central bank of China started to issue third-party payment licenses in 2010, with the accumulated number of payment institutions hitting 271 by June  2021. As the government has been fortifying supervision in the entire payment industry, the market has witnessed a dramatic decline in approved licenses, with only 232 licenses still valid. If the license termination process of three spin-offs from China UMS goes well, the total licenses in the market will record 229. Tiny companies have been ruled out, with fewer players left in the market.

Along with the stricter antitrust regulations, China UMS, the third largest player, is embracing more opportunities. The giants, Alipay and WeChat Pay, triggered the antimonopoly supervision by forcing the partnered platforms to choose one payment channel from two, and other activities abused market-leading positions. Apparently, this is not likely to happen after the strict regulations' implementation. When the merchants and platforms started to accept more payment methods, that became a turning point for China UMS.

Beyond the banned monopolistic behaviors, the state will not allow any single non-banking payment institution to rule over one-third of the market. The top two should not take over half of the market, such that  Ant Group's Alipay and Tencent's WeChat Pay have managed right now. The market structure is therefore changing under supervision, which provides more opportunities for China UMS.

The beneficiaries are biting

Although the state has imposed harsh regulations on the market, it did not ban the Internet empires, Alibaba and Tencent, from continuing to run core financial services. We expect the market will continue to grow and expand instead. Beyond the not-to-do list as we discussed above, some stimulus policies were released simultaneously.

In 2019, the central bank of China released its 'FinTech Development Plan for 2019 to 2021,'  stating that a standard system for payment QR codes would need to be addressed in years. The uniform standard will enable the merchants and individuals to have each of their single codes despite the payment agencies. It means customers can choose third-party payment providers, like Alipay, WeChat Pay, or even China UnionPay, by scanning that single code when purchasing. It is a huge boon for smaller payment platforms, as many currently unpopular payment methods may be welcomed in the future. This type of payment method is represented by ‘UnionPay’, a mobile payment and card management app developed by China UMS.

'UnionPay' app has always been seen as the largest competitor of Alipay and WeChat Pay. In 2019, these two giants started to raise transaction rates. Take the restaurant sector as an example, the basic rate for merchants went up from 0% in 2018 to 0.38% in 2020. For individual users, different rates will be applied to withdraw activities after reaching a certain level of amount. On the other hand, the UnionPay app still asks no fee for most of the activities. Compared to Alipay and WeChat Pay, UnionPay app has added a card management function that has no-fee services on credit card payment and interbank transfer. These functions are expected to attract many users, especially after more consumption scenarios are launched in the future.

As for these consumption scenarios, China UMS has been actively exploring the possibilities over recent years. As a late starter on offline mobile payments compared to two giants, UnionPay has limited partnered merchants. However, we believe that it is easy for China UMS to deploy based on the back-up of China UnionPay and dividends of antitrust regulations.

After years of competition, China UMS has beat Alipay and ranked first in the internet payment market in the last quarter of 2020. The offline market will be the main battleground for China UMS. Based on what we discussed above, the company is very likely to usher in its second development phase and break the mobile payment market structure in the non-banking sector. 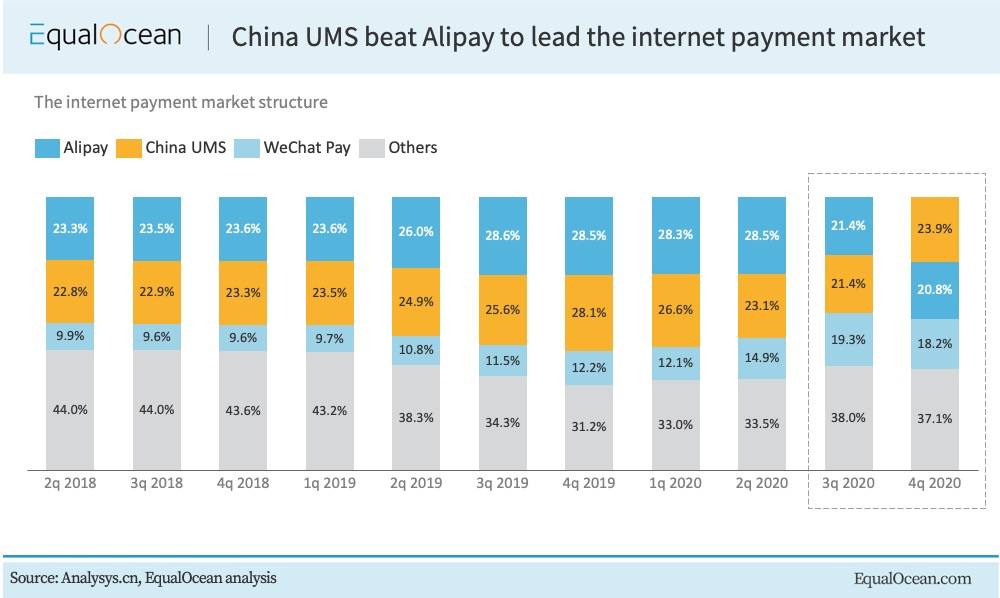 Over ten years of development, the entire payment market has been achieving relative maturity and stability. All players are able to provide basic payment services with less differentiation. In the following years, the market will transform to compete for to-B business regarding technology capabilities. WeChat Pay and Alipay will still be the top two companies because of their strong support from tech giants, Tencent and Alibaba.

At the same time, we are optimistic about China UMS's future development. As a reason, China UMS will also ride on this wave with the backing of China UnionPay, which is the largest card payment organization in the world based on the total value of payment transactions, with strong technology advancements as well.