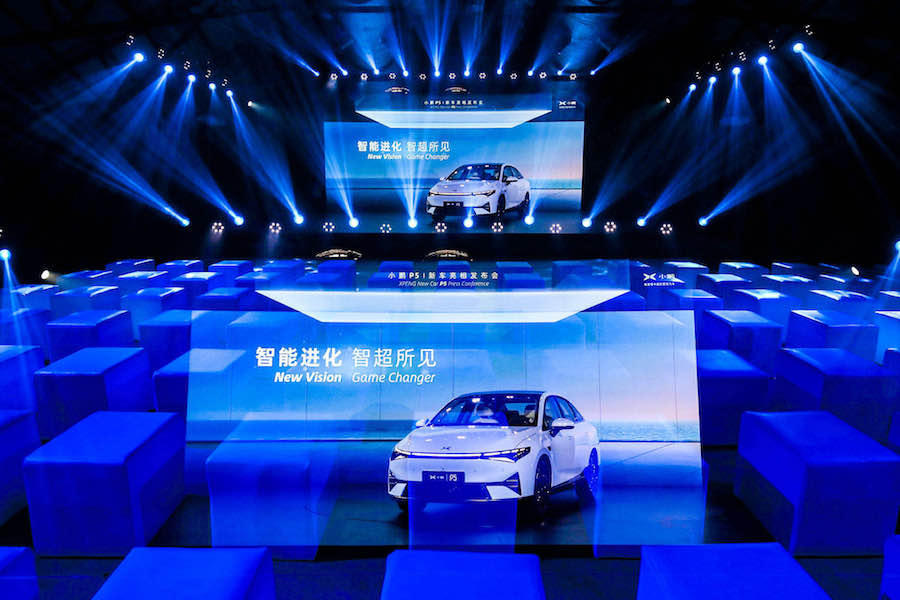 ● The P5 model's selling points include its 'city pilot' equipped with lidars and huge interior space.

● The management expects this model to become a major revenue driver, accounting for the most vehicle sales in the coming years.

● At the moment, the market for P5 lacks competitive smart EVs.

On April 14, 2021, Xpeng (XPEV) rolled out its third model, the P5. The sedan features lidar and the 'third place' concept, which refers to a room separate from home ('first place') and the workplace ('second place'). A good time to look at the company through the prism of the newly launched vehicle.

Xpeng actively promotes four main features of the P5: the upgraded lidar application, NGP 3.5 (Navigation Guided Pilot), the third place – and the driving range. Here we will explain these aspects in order.

Following the course of the P5

Many in the industry called 2020 'the NEV year.' Logically, 2021 may well be the year of lidar. Almost all the EV brands except Tesla are embracing lidar technology. Xpeng claimed that the P5 model would be the first mass-produced EV equipped with lidar worldwide. At present, the device is priced high – starting from USD 500 per unit – and is mainly used in luxury cars such as Audi A8 and Benz S-Class. To make the lidar affordable, Xpeng chose to incorporate with Livox, a company incubated by the world's largest drone maker DJI. Xpeng opted to install two lidars below the front lights, enabling P5 to detect cars or motorcycles muscling into the traffic column.

What's more, the NGP will be accessible with lidar. The most exciting feature of the 3.5 version is the city pilot function.

Xpeng is also heavily advertising 'the third place.' The P5 has a length of 4.8 m and a wheelbase of 2.8 m, creating ample space and reaching the level of mainstream B-class cars. It also has a 1.5-meter transparent ceiling and is equipped with recliners. On top of its voice-controlled operating system, these functions can boost the user experience.

P5's driving range is up to NEDC 600 kilometers, which is quite competitive, given that the P5 is an affordable sedan. Although the prices of the P5 model have not been disclosed yet, some sources show (link in Chinese) that there will be four-vehicle versions, with prices starting from USD 20,000 (CNY 130,000) for models without lidar and NGP 3.0 to USD 33,800 (CNY 220,000) for models equipped with lidar and NGP 3.5.

An affordable model, P5 is highly likely to drive the most sales for Xpeng among its other products in the next few years. The company is now following the 300,000 annual production capacity plan by 2023 for three models, including the idea of building a plant in Wuhan with a 100,000 yearly production capacity. Even though Xpeng has only sold 60,000 cars in total by far, it has secured 300,000 annual production capacity, reflecting the management's high expectation for NEV sales, especially for the P5. Besides, the company has lately begun to sell cars through dealerships. On April 15, 2021, XPeng partnered with Zhongsheng, the second-largest dealership in China, to boost the Smart EV transformation in China.

The P5 targets a market segment of affordable smart EVs. So far, China's NEV market has been somewhat polarized: the high-end and low-end models are selling well, with Tesla and Wuling Mini as the trailblazers in the two fields respectively. Meanwhile, the middle-end segment is lagging behind.

According to our earlier analysis, the market size with prices ranging from CNY 100,000 to CNY 200,000 is the biggest part of China's vehicle market. In this category, AION S and BYD's Qin Plus are currently the top sellers. Compared with Xpeng's EVs, these models have good consumer recognition and lower costs but lack technology-powered functionalities, which are the strengths of Xpeng.

Whilst it may have the lead on smart features, this may be converted into a disadvantage for Xpeng as high-level outsourced solutions are emerging. For example, Baidu expects (link in Chinese) one million installations of its self-driving systems in the next three years. Huawei has proven even more versatile by providing driverless solutions and low-cost lidar. However, choosing an outsourced solution might bring customization problems. An analogy: only a few Android-based operating systems are easy to use, although all of them are based on the same platform.

In short, since Xpeng's inception, only 20,000 P7 models have been sold – so Xpeng hasn't developed any mass product. The management wishes the next car model to be a more recognizable one.

The P5 model is a family car with a strong product power brought by NGP 3.5, lidar and a relatively high driving range. Furthermore, this model is highly differentiated from its peers because of its intelligent functionality, but with higher costs.

Referring to what Xpeng's management said on the Q1 earnings call, the company is trying to find a balanced way to manufacture. Although P5 may push the company's profitability down, the P5 model is well designed to increase Xpeng's brand influence in China's EV market.