Li Auto's combination of a relatively safe valuation and profitability from a strong margin profile could allow shares to find some upside between its peer group even as the EV industry faces a valuation crunch from rising rates. 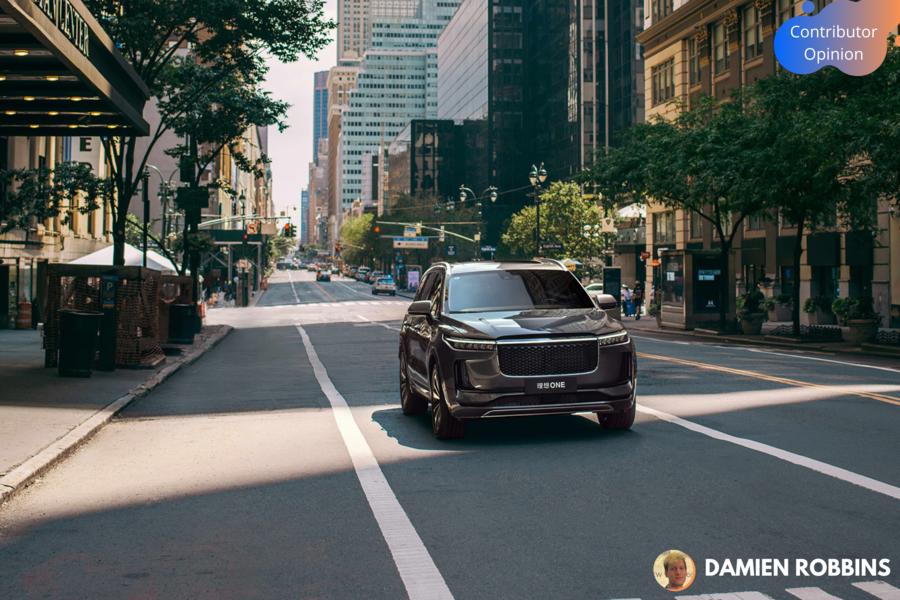 Electric vehicle (EV) stocks have come under a lot of pressure recently, facing industry constraints through chip shortages as well as macroeconomic headwinds within rising rates threatening rich valuations. Even though the overall EV industry has yet to consolidate in light of rapid expected growth fueling many new entrants into the market, a handful of names stand out as solid choices to capture such growth. China has been touted as one of the largest and fastest-growing markets for EV in particular; with many startups and legacy manufacturers all involved in EV and EV partnerships. In terms of the main three startups, and Li (LI:NASDAQ) seems to be a safer long-term investment between NIO (NIO:NYSE) and Xpeng (XPEV:NYSE) due to a more reasonable valuation as all three scale deliveries higher.

Growth in the overall EV market in China is a significant tailwind for Li and the rest, as rising consumer demand downplays the competitive risks from a highly fragmented market. EV sales have already started the year off on high volumes, as sales "surged 281.4% to 158,000 in January from a year earlier, though they dropped 23.9% month-over-month," as the market is expected to show over 40% growth in sales for 2021 to just over 1.8 million vehicles. Although January's growth and the rest of 1Q 2021 will look strong due to weak comparable numbers from pandemic impacts, starting the year on high volume points to a solid year for growth with EV seasonality exhibiting more purchases in the second half of the year.

Seasonality was exhibited with Li just as it had with the broader EV market - deliveries declined 12.2% month-over-month. Even so, Li's incremental gains in overall NEV market share are visible, from 2.3% in November, 2.9% in December to 3.4% in January. This further solidifies the potential to reach ~4% share by year-end as deliveries rise with strong seasonality in 2H.

Aside from a vehicle-competitive risk, risks stemming from chip/battery cell shortages on an industry-wide scale could implicate outright production growth, thus potentially affecting delivery projections. While global supply chain distortions manifested in the chip shortage, China presents a different chip industry dynamic, leaving it more vulnerable to these shortages. Although it boasts the world's largest auto market, China "imports the vast majority of the chips used in car production, [and] until Chinese companies build up their own manufacturing capabilities... and speed up the development of chips and operating systems," it could face risks for up to a decade.

While competitive risks and macro risks both can threaten Li's delivery growth, the manufacturer provides an attractive valuation relative to peers on top of profitability.

Relative to peers, Li trades at a 'fairer' multiple, but it's likely that these higher multiples have been assigned to these companies based on the disruptive and growth factor stemming from the EV industry as a whole as well as differences between the three – NIO is the leader of the three in terms of deliveries and technological strengths, Xpeng is the first to enter the European market, and Li is the first to reach profitability.

Profitability is one of the components that could help Li earn a higher valuation as sales grow, possibly up to 9.5-10.5x sales, assuming that no further crunching of valuations associated with rising rates occurs.

As deliveries scale, driving revenues higher, Li should be able to maintain this margin profile – F1Q could see another sequential decline to 16.7% for vehicle margin due to lower sales volumes associated with the New Year holiday as well as a slight uptick in costs associated with R&D. However, as seasonality likely picks up through the summer into the winter, Li could see vehicle margin climb back towards 3Q's 19.8%, thus driving FY21 vehicle margin to 17.7%. This margin profile could see Li post up to CNY 500 million (USD 77 million) in net income or USD 0.09 per ADS in a best-case scenario; however, it's likely that operating expenses will rise due to R&D development, chip prices, and network expansion, which could bring profitability down to CNY 200-300 million (USD 31-46 million), or USD 0.03-0.05 per ADS.

Overall, EV manufacturers are facing industry headwinds from chip shortages and potential battery cell shortages, and macro headwinds from rising rates threatening high-growth valuations. China's domestic EV growth to 1.8 million vehicles during 2021 combined with the goal to have homegrown companies as dominant world players by 2025 has sparked wide-spanning competition in the sector. Li, part of the 'big three' in the US-listed Chinese EV startups, currently sits behind NIO in terms of revenues and deliveries but slightly ahead of Xpeng for both metrics. Li's top margin profile, aided by volume growth, will serve as a driver for continual profitability after a surprise profit in 4Q; risks like those mentioned earlier could increase costs, thereby impacting profitability. Even so, deliveries to 70,000 units in an upside scenario could boost revenues ahead of a prior projection of CNY 17.9 billion up to CNY 20 billion, giving Li the 'safest' valuation relative to peers as the EV industry faces a valuation crunch, and opening up the door for an attractive long-term entry should valuation drop lower.

Disclosure: I am long XPEV at the time of publication. I wrote this article myself, and it expresses my own opinions. I am not receiving compensation for it. I have no business relationship with any company whose stock is mentioned in this article.

This article was contributed exclusively by Damien Robbins. Follow Damien on Seeking Alpha or LinkedIn.