As the second blow of the pandemic comes near the sight, China's newly-developed vaccines have been approved by the World Health Organization and available at an affordable price. 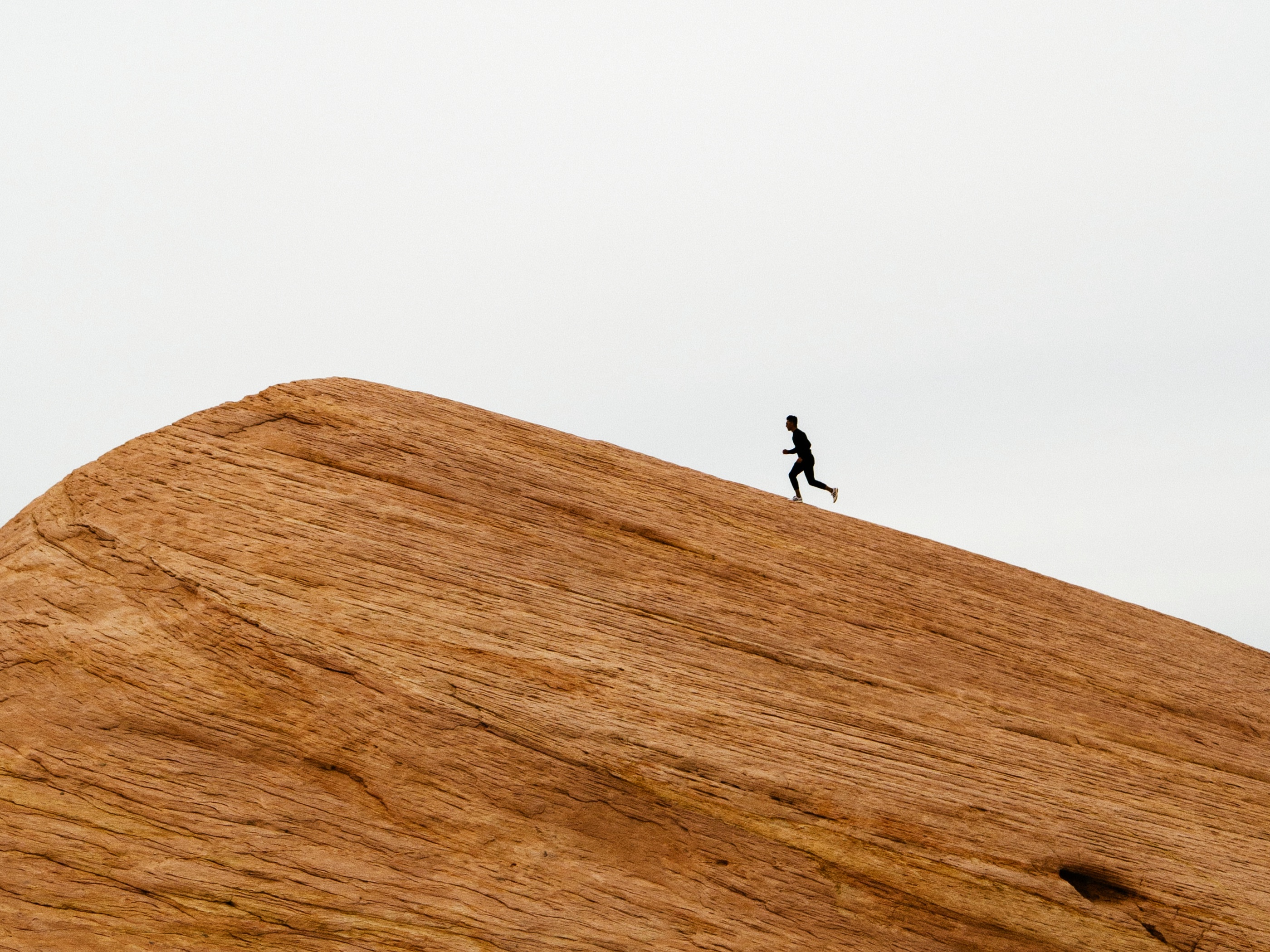 ► China National Biotec Group, or SinoPharma, has two COVID-19 candidate vaccines to be approved by NMPA. It may first catch the enormous vaccine market opportunity.

► COVID-19 vaccine makers worldwide have conducted different research and are speeding up their clinical trials.

► Among all the vaccine developers for the ten in the clinical Phase III, some companies are given a relatively high P/E ratio.

It is more than clear that the second wave of COVID-19 is coming, as the virus has not been well defeated and contained in some major economies worldwide. However, China's vaccine researchers have applied to National Medical Products Administration (NMPA) for approval for going to the market.

This is the breakthrough for vaccine research worldwide, as many candidate vaccines are undergoing clinical trials. Confronted with the urgent demand overseas, especially in Europe and the US, these vaccine makers should consider the pricing and production expansion for the next business level.

Here we will discuss the vaccine pricing issue in China and the candidate vaccines' current landscape worldwide, followed by the most investable companies in the vaccine concept basket in the public market.

Two Chinese vaccines to be approved

As of September 24, China National Biotec Group (CNBG) has been applying for conditional regulatory approval for a universal vaccination program. CNBG's two COVID-19 vaccines are both inactivated vaccines. Different from non-replicating viral vector vaccines, inactivated vaccines consist of a large number of viruses that are grown in culture and then killed. Now the CNBG's two vaccines are undergoing the Phase III clinical trial in Abu Dhabi and some discussion over the price of the vaccine has caught the attention.

Mr. Liu Jingzhen once said that one dose weighs around four micrograms and two doses should cost less than CNY 1,000 (around USD 149). The company has provided vaccines for multi-hundreds thousands of people. According to Mr. Yang Huichuan, CNBG's vice executive, the vaccine product has not been precisely priced, but important factors, such as availability, security, effectiveness and affordability, will be considered in determining the price.

However, this logic goes against the wish of the government, which identifies the vaccine as a public medical product. One thing for sure is that the final price will be cheaper than the price range abovementioned. Even we assume the vaccine is priced at USD 100 for two doses; then the current market size can reach USD 3.32 billion according to 33,249,563 confirmed cases worldwide as of September 25, 2020. 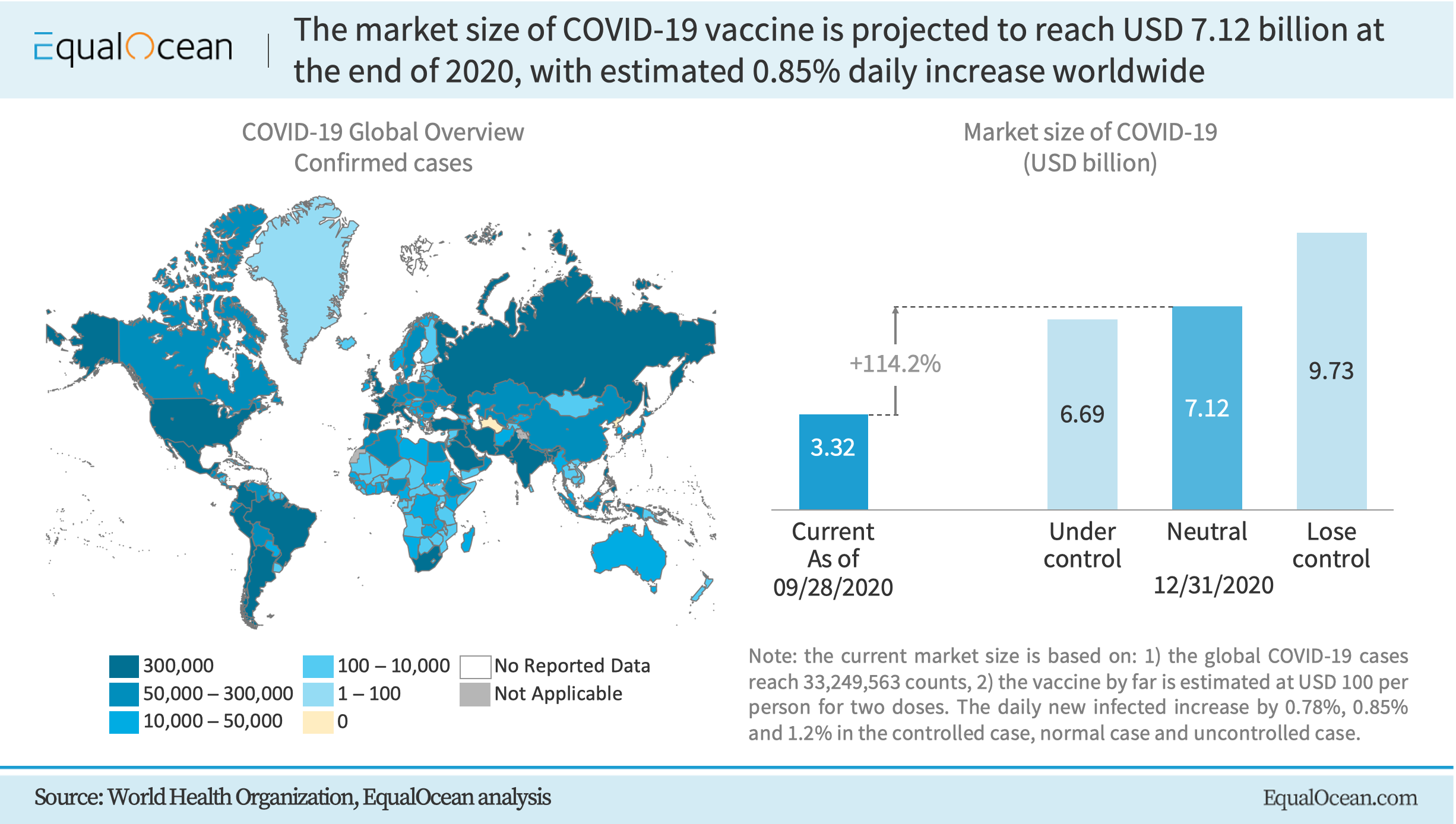 Additionally, what makes it a robust market is the COVAX project – an international initiative co-led by GAVI (the Gavi vaccine alliance), the WHO and CEPI (the Coalition for Epidemic Preparedness Innovations). The framework aims to ensure vaccines are fairly distributed among poorer and richer nations by procuring and delivering 2 billion doses of vaccines by the end of 2021. By far, over 177 countries and regions have joined the global initiative.

According to WHO, the other seven candidate vaccines in Phase III are expected to have trial outcomes in the coming few months and at least one vaccine will be put in mass production. It is estimated that the COVID-19 vaccine injection rate reaches 0.2% by the end of 2020, 10% in 2021.

From the perspective of the prevention and control of pandemic, the immunological barrier can be formed only when over two-thirds of the population are injected. Considering the global population of 7.6 billion, an incredible amount of vaccines will be needed sooner or later.

And when to achieve the goal and eradicate the virus depends on the clinical trials' procedure worldwide. With such great demand worldwide, the vaccine output will become a decisive factor. Vaccine developers are hurrying up to enhance their production capabilities, but the research and trials require much time.

There are several kinds of technological paths for developing COVID-19 vaccine which make a difference in the cost and efficiency, including viral vector (non-replicating/replicating), inactivated, nucleic acid (RNA and DNA), protein subunit, T-cell based and Virus-Like Particles (VLP). 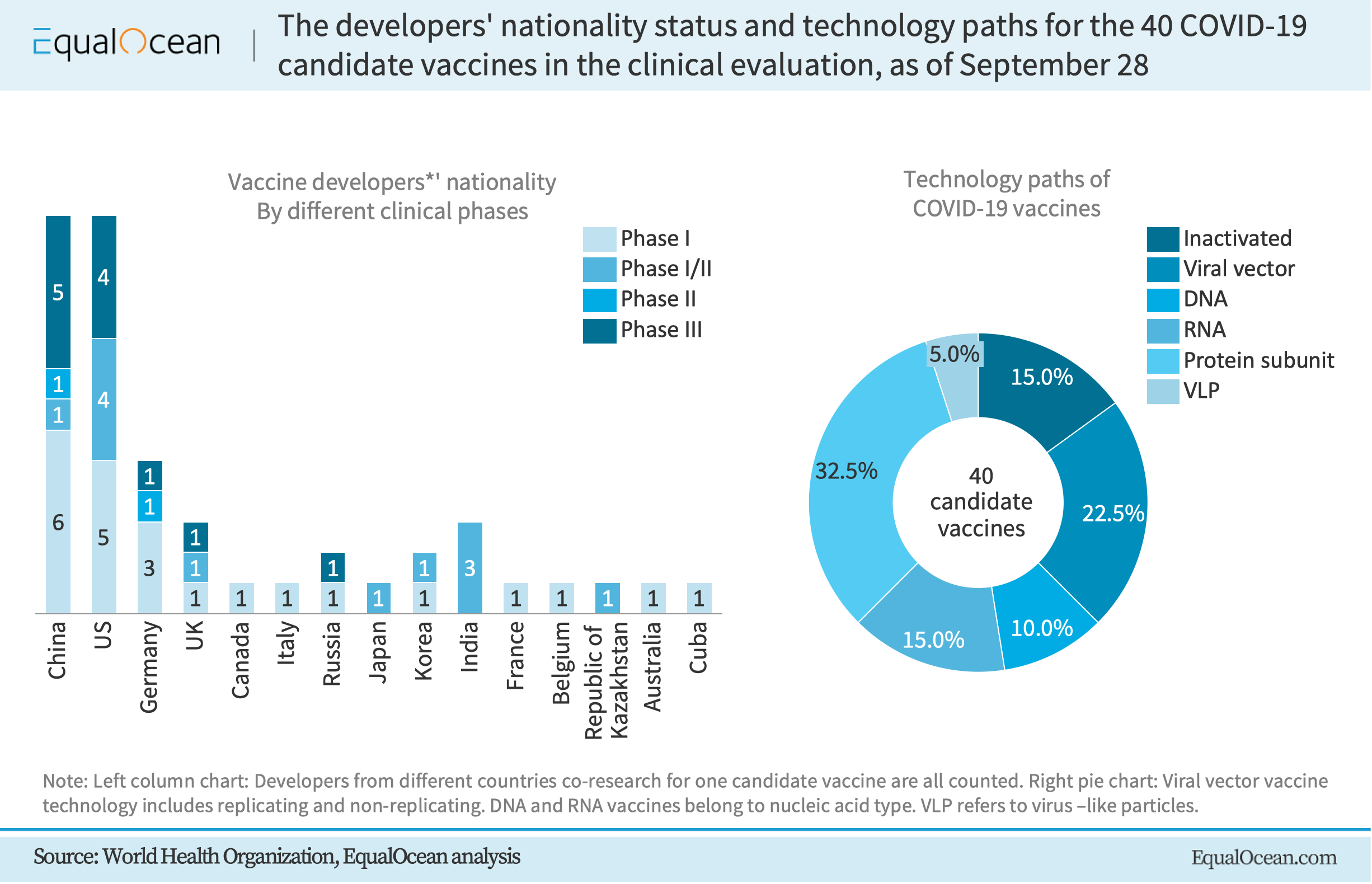 In an overview of the technological paths, all kinds have pros and cons.  DNA/RNA-based vaccines can be developed very fast, but there are no approved DNA/RNA vaccines for medical use in humans. Plus, they tend to meet regulatory hurdles even under their alternative name 'next-generation vaccines'

The second type, virus vectors, delivers highly specific antigens to target cells and high antigen expression after vaccination, but humans' existing levels of immune protection may reduce the effectiveness. For this type, two adenovirus-based COVID-19 vaccines have been approved for early use internationally, which are developed by the Chinese Academy of Military Medical Sciences with ConSino Biologics and Russian Gamaleya Research Institute.

As the third type, inactivated vaccines contain viruses treated with heat, chemicals or radiation so they can trigger an immune response, especially for people with weakened immune systems but usually in low immunogenicity. The only three inactivated vaccines in Phase III are developed by Sinovac Biotech and Sinopharma with Wuhan and Beijing institutes of Biological Products, all granted with Chinese emergency approval.

The protein subunit vaccines are made from purified pieces of the virus that trigger an immune response, but it could be an insufficient immune response and require multiple doses.

Last but not least, virus-like particles (VLP) vaccines are all but the virus's nucleus. Thus this type of vaccine can trigger a strong immune response. But the research and development for the COVID-19 vaccine is still in the pre-clinical phase and may take a longer time in the clinical trial stage. Up to today, there are 13 VLP candidate vaccines in the pre-clinical evaluation, mostly developed by universities and research institutes, and only one VLP candidate in the Phase I, developed by Medicago Inc. with GSK.

Which companies to look at?

From the perspective of investors, they should undoubtedly bid for the fast-developers. Besides the short investment turnover cycle, these almost-mature candidate vaccines are also protected by the COVAX, as mentioned above– a framework involving most countries in the world to share the medical resources at a negotiable and reasonable price means at some degree. For some time, the cost of the vaccine can be a fair price. Thus those vaccine developers will be relatively protected and encouraged to invest for higher output.

Among all the candidate vaccines currently at Phase III, most developers are cooperating between pharmaceutical companies and research institutes or university organizations. There are five Chinese companies, three US companies, one German, one UK and one Russian company. 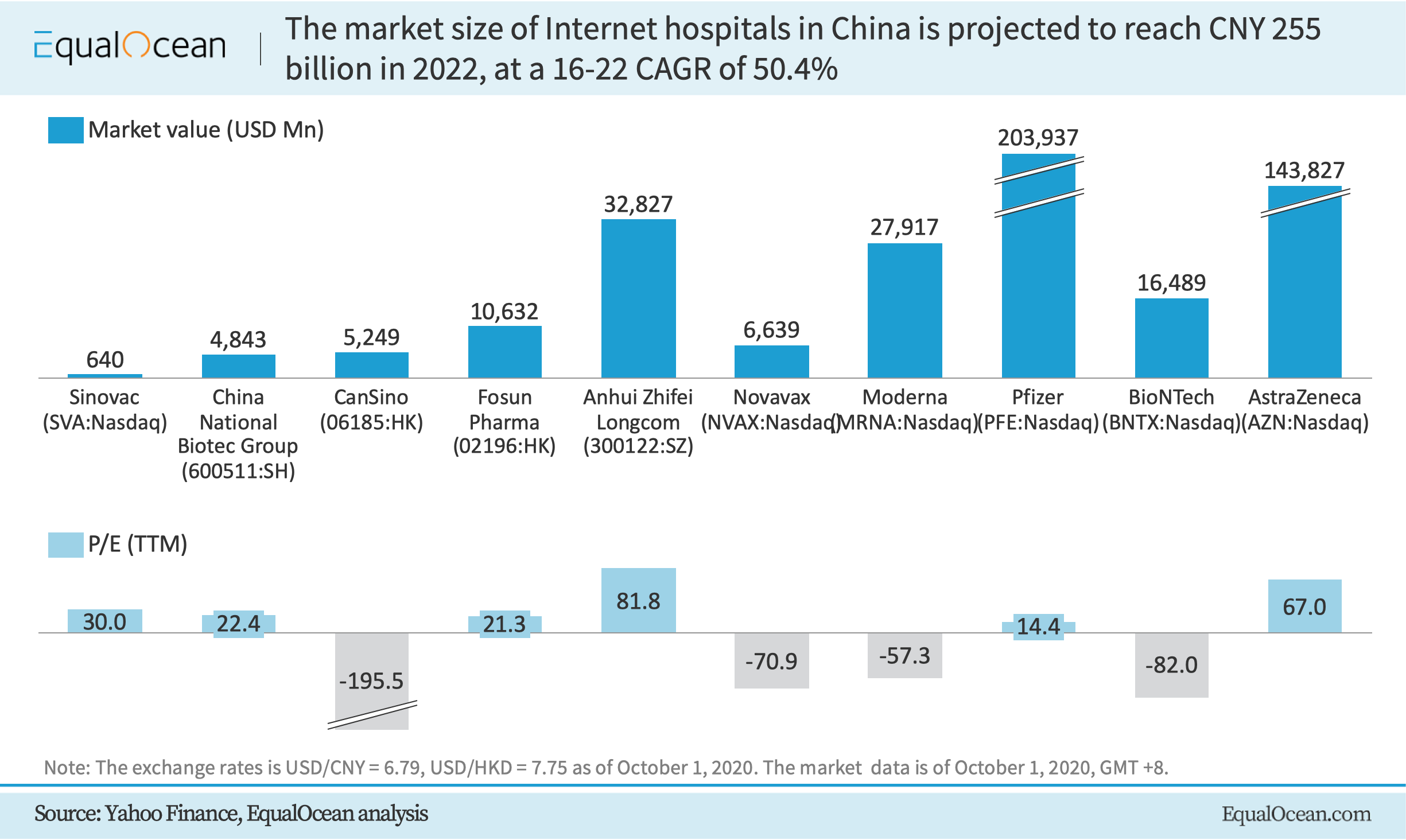 China is one of the few countries in the world that have contained the pandemic well. It is expected that these vaccine makers will export quite a significant share of the output to other neighboring Asian countries and countries in the COVAX framework. As the current situations are going on, these pioneer vaccine makers will become the first group of pharmaceutical companies that benefit from the pandemic, followed by companies in clinical Phase II.

By checking all the market data for these vaccine developers, the Chinese A-share market tends to give a higher P/E ratio – 81.8 x given to Anhui Zhifei Longcom. CanSino is dual-listed biotechnology on the Hong Kong Stock Exchange and China's Star Market. It has not profited yet but has a pretty big winning side on catching the COVID-19 vaccine market.